Back To The Future is Happening Now

Turning food waste into power is not only in the movies, it's a reality if you live in Sacramento, California

We were in awe when Doc dropped the banana peels to power up his time machine.  That was 1985; 2015 was when the food waste-powered flux capacitor was supposed to work just like any household appliance.  But that kinda came and passed. 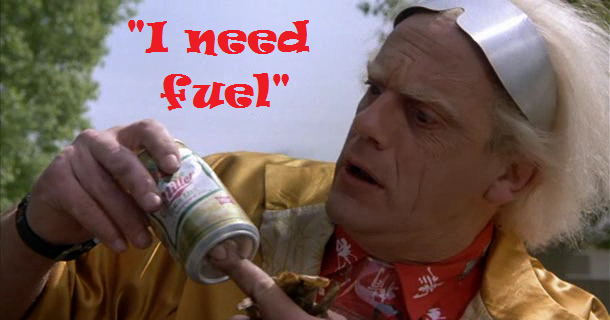 There's been reporting of energy made from food waste in recent years, but none that seems to be changing our lives in a big way.  But we need not be distressed, a new facility known as the Heartland Biogas Project is taking wasted food from Colorado in the United States and turning it into electricity.  The technology is known as anaerobic digestion.  The simplest way to explain how it works is: the plant gobbles up food waste such as spoiled milk, grease and yesterday's salads, along with helpful bacteria (just like how we digest food) and generates methane gas that then makes electricity.

Technology is only one part of the equation to tackling the problem of excessive food waste and depleting resources.  First and foremost, we need to waste less.  Government and municipalities also need to embrace renewable energy and make it available at the turn of a light switch.  We applaud the Sacramento Municipal Utility District to have signed a 20-year agreement with EDF Renewable Energy, the private development company that runs Heartland, to buy all the gas generated there.  We hope this kind of commitment is finally bringing the use of renewable energy into mainstream.  And it's one more check for Back to the Future.  Yay!

The Cronut®’s Back in Town