Olala: This Could Be the Best Beef Noodle Soup in Hong Kong

My journey to the best beef noodle soup in Hong Kong started like this:

My colleague: Have you ever had beef noodle soup for $150?

Five minutes later, we had arrived at this no-name, simply decorated hole-in-the-wall restaurant around Star Street in Wanchai. The place is cosy (i.e., small) but exceptionally clean. The fact that they let you see inside the kitchen is always a good sign that they have nothing to hide. 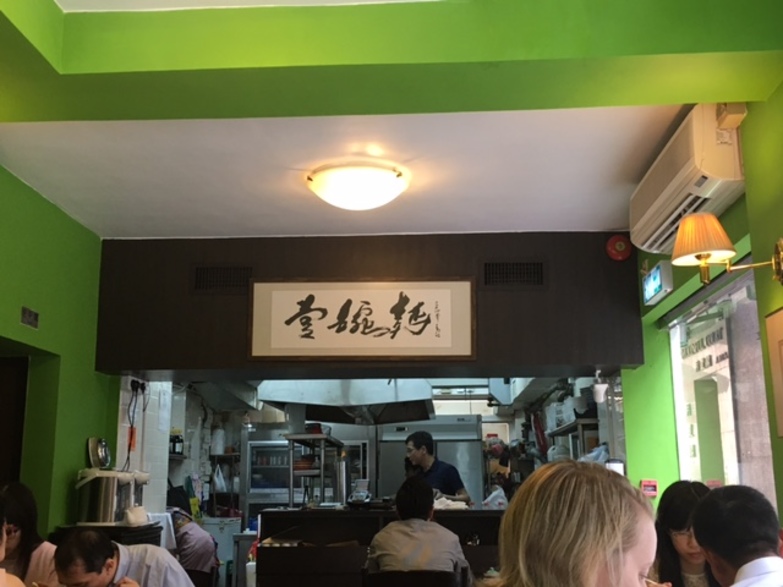 It was around 1pm on a weekday. The place was expectedly full, but we were lucky that a small table for two opened up. Normally when I go to a new restaurant, I like to visually survey what everyone else is eating. One thing that caught my eye straight away was that the bowls are exceptionally big. I thought, at least for $150 they’re giving you a decent amount of food. Okay, so not a bad start.

The menu is simple. One side lists 12 different types of noodle soups. At the top of the list is the beef noodles, followed by shrimp noodles, pork noodles and so on. The other side of the menu lists small Shanghainese dishes. 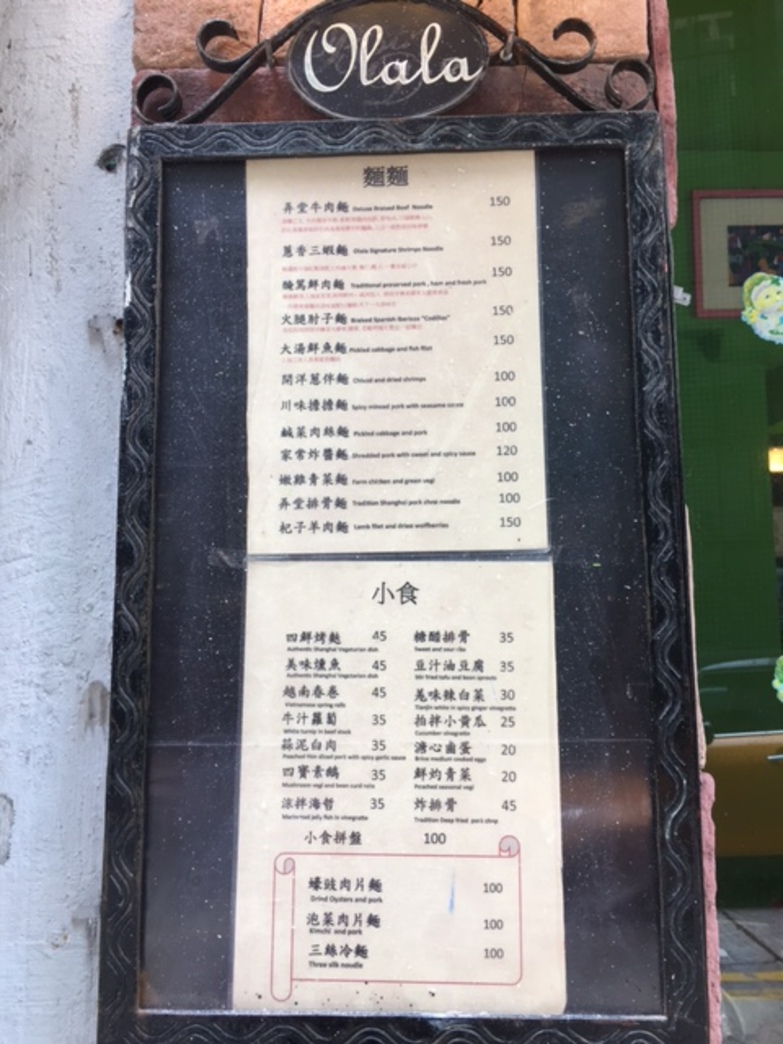 You would think that since I came here for the beef noodles, I would end up ordering the beef noodles. But I was totally distracted by my neighbour who had just been served a bowl of pork noodles (#3 on the menu). So #3 it was.

My colleague ordered the beef noodle soup and a dish of marinated jellyfish in vinaigrette to share. After a short wait, our noodles arrived – and OMG! 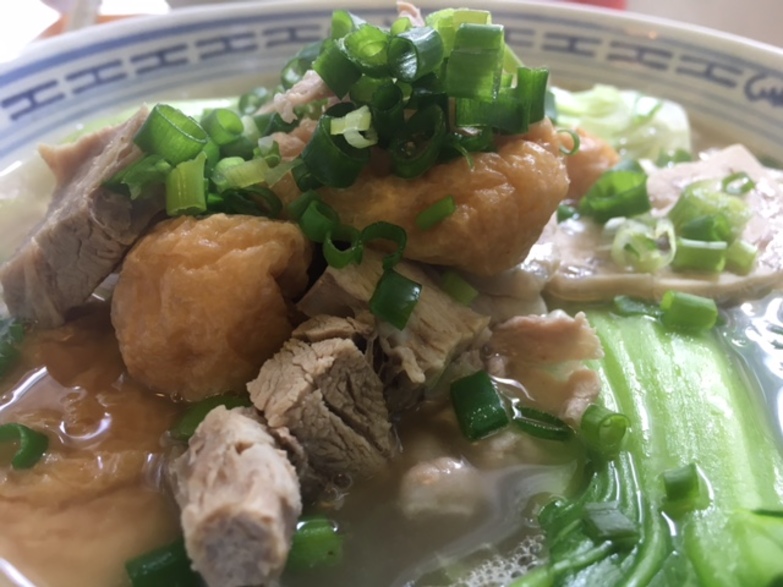 The first thing I tasted was not the meat or noodles but the broth. I could taste the freshness and clarity of the soup, all the while knowing that it had not been seasoned with MSG.

There were three types of pork in my bowl: preserved, ham and fresh. The different textures and flavours made for a nice balance. As expected, the preserved pork and ham were slightly salty, but they weren‘t chewy or tough. The thinly sliced fresh pork offered a great variation to the taste profile, with its freshness standing out.

Next came the noodles. The linguine-like Shanghainese noodles were perfectly al dente. Once again, they tasted fresh and were well matched with all the other goodies in my bowl.

However, I think the stars in my pork noodle bowl were the deep-fried tofu balls (sorry, there’s no better English name for them!). These were not the skimpy ones that are hollow inside, but rather they were dense and oozed with the delicious broth once bitten.

Right, that was my noodle bowl – a big bowl, mind you. But you didn’t think I could resist trying out their beef noodles, did you? So now comes the beauty of dining out with someone. 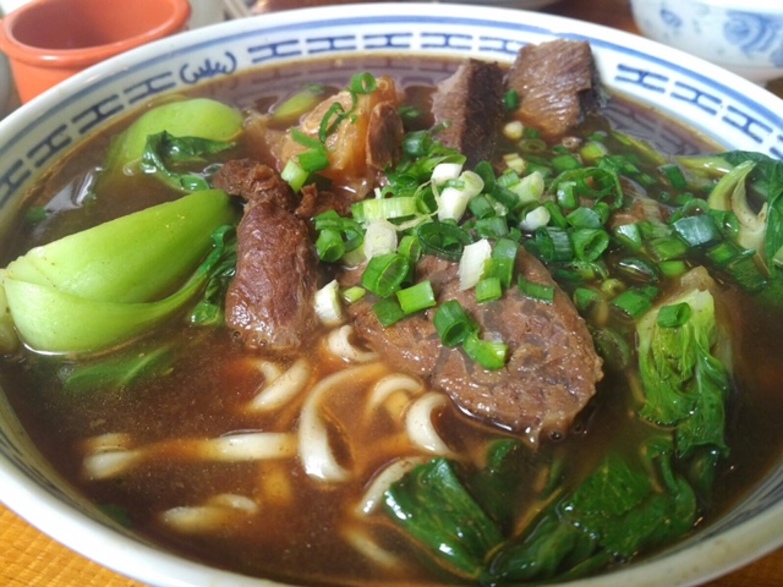 The beef was so tender that it literally melted in my mouth. But even more brilliant was that the meat was not mushy – there was a certain firmness to the texture that showed it had been slow-cooked for hours without becoming spongy. The flavour came through without the use of heavy spices or salt, and I could definitely taste the skill that went into braising the meat. The beef soup was stronger in flavour than the pork-based one, but again, it was not overseasoned. It tasted fresh yet rich and intense. 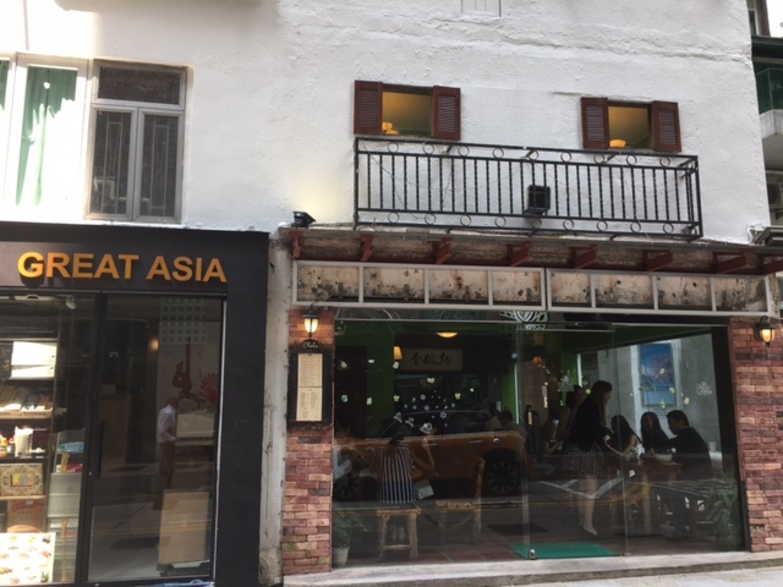 It’s hard to find fault with the noodle bowls or the restaurant. Perhaps it should have a bigger sign at the front and the seating could be less densely packed. Or maybe it should be cheaper – $150 for noodle soup is not by any measure cheap, and the price can set off high expectations. But I like the honesty in this place. The staff (probably the owners and family) are friendly, the tea is decent and the tables are clean (even the spice racks are clean!). And now I’m hooked and can’t wait to go back – just like the person who sat next to us. He was a regular, and on that day, he ordered the ham hock noodle soup (#4). And in his words, ”You cannot go wrong with anything here.”