Ah Spain… The country known for tapas, football, beaches and an all-round laid-back culture. On the other end of the scale you have Hong Kong’s Demon Chef, Alvin Leung. Known as the feisty judge of MasterChef Canada and for his revolutionary approach to Chinese cuisine at his three-Michelin-starred Bo Innovation here in Hong Kong, you’d be hard-pressed to find any common ground between Spanish fare and the iconic chef.

Yet Plato 86 is just that. Opening around the same time and in the same locale as the third branch of Leung’s casual Korean eatery Bib ‘n’ Hops, the Demon Chef’s contemporary Spanish concept was launched at the breezy Causeway Centre in October.

The no-tablecloth establishment embodies a simple decor. Apart from the leg of Ibérico propped by the bar, there’s not much to suggest that this is a Spanish restaurant. It’s understated and we kinda dig that – especially when the modesty transitions to the prices on the menu as well. Tapas range from $25–55, with an outlying item or two over $100. The same goes for the larger plates, ranging in price from $88–185, with the exception of the carabinero prawn paella, which will set you back $350.

We started the proceedings the Spanish way, with tapas of grilled sardines ($28) and deep-fried Padrón peppers ($35). Apart from some tasty deep-fried capers as a garnish, the fish dish was what it says on the tin. The peppers, on the other hand, were plump and crisp, with just the right hint of bitterness to cut the grease. Nothing to write home about, but it was a good start. 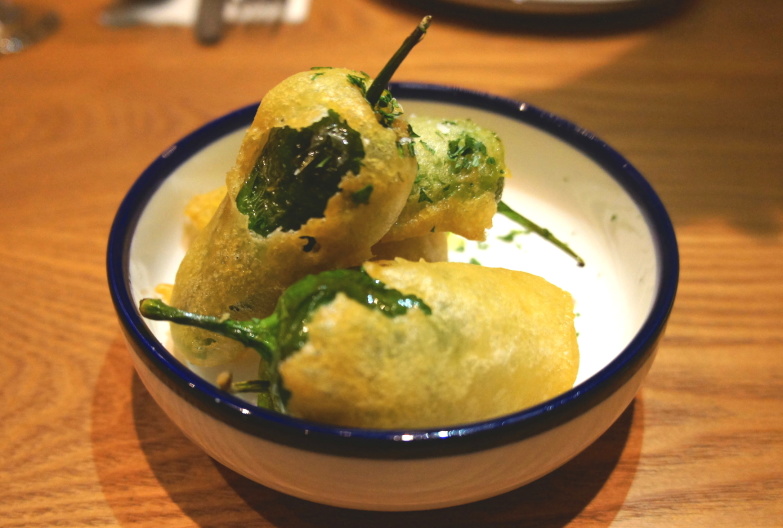 We eased into the larger plates with the crudo hamachi ($116), a raw dish that, quite frankly, was pretty forgettable. The accoutrements of jalapeños and peppers didn’t raise enough interest in the fish, and while the seafood was fresh, this wasn’t enough to excite our taste buds. 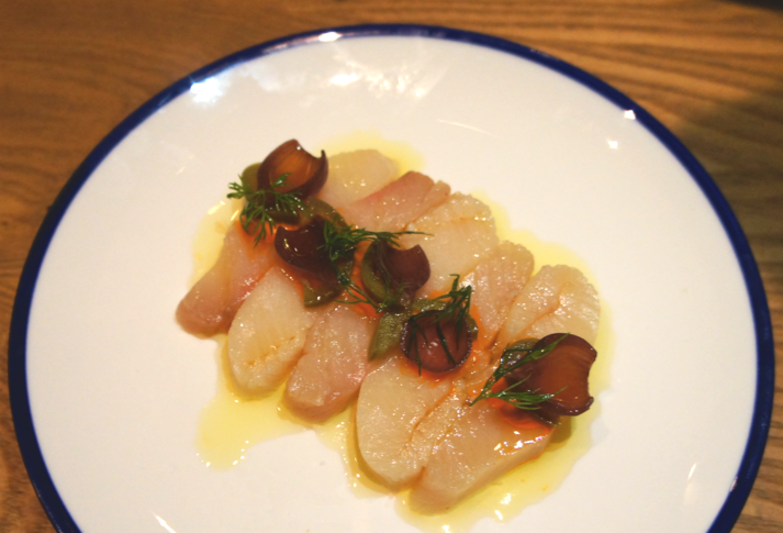 Luckily, things made a huge turnaround when the suckling pig ($166) arrived. The meat was plump, tender and succulent, with its skin basted with hints of nam yu – a condiment made from sweet fermented bean curd that’s commonly used to stew pork knuckles in Chinese cuisine. This is the East-meets-West signature touch that we were expecting from the Demon Chef and it totally won us over. 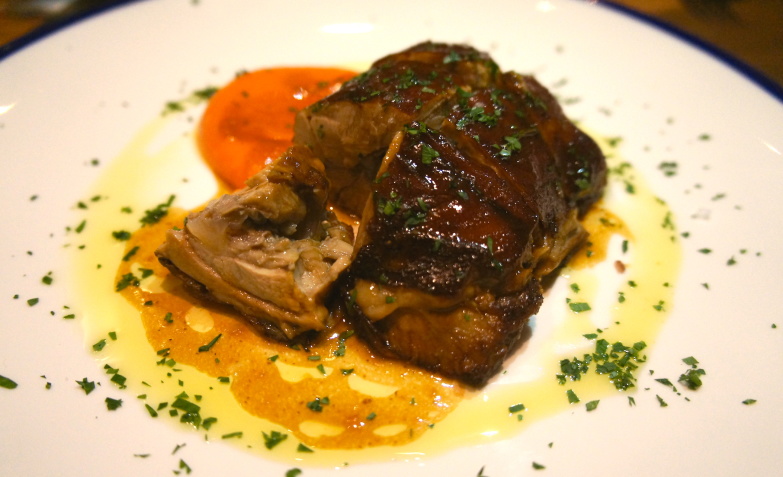 We rounded our meal out with the crema Catalana ($85), and this dessert was as light, bouncy and fresh as it should be. The gently charred cream interspersed with tart bites of mandarin and berries ended the meal on just the right note.

I’ve been a fan of the Demon Chef ever since Bo Innovation opened, but I also loved the black garlic Caesar salad from the chef’s short-lived healthy food concept Beautifood. Chef Leung isn’t just renowned for his Michelin stars but also for his creativity in all facets of cuisine he creates. While that spirit of innovation isn’t as pervasive throughout the menu at Plato 86, the certain plates that do showcase Leung’s Midas touch hit the nail on the head. In short, yes, Plato 86 offers satisfying casual Spanish fare with some delicious surprises. A meal at Plato 86 is as nice as spending time beachside in Majorca, because the laid-back approach is what the Demon Chef is taking here.

First we eat, then we do everything else