A symbol of abundance and exquisite hospitality, gau daai gwai is a nine-dish feast that started as a celebratory banquet for the wealthy elite to now becoming the benchmark for opulent dining in Chinese culture. For example, on Queen Elizabeth II’s royal tour to China in 1986, Her Royal Highness was welcomed with a gau daai gwai dinner at the White Swan Hotel in Guangdong province.

Fast forward to the present and what’s eaten during this decadent banquet has evolved. Executive Chinese Chef Lai Ching-Shing of YUÈ at City Garden Hotel in North Point has crafted nine sumptuous Hakka-influenced dishes for this special menu over Chinese New Year.

Using top ingredients such as Silver Hills Farm duck from Ireland and fresh lobster, you can start the Year of the Dog on the right foot with this meal starting at $3,800 for a table of eight. 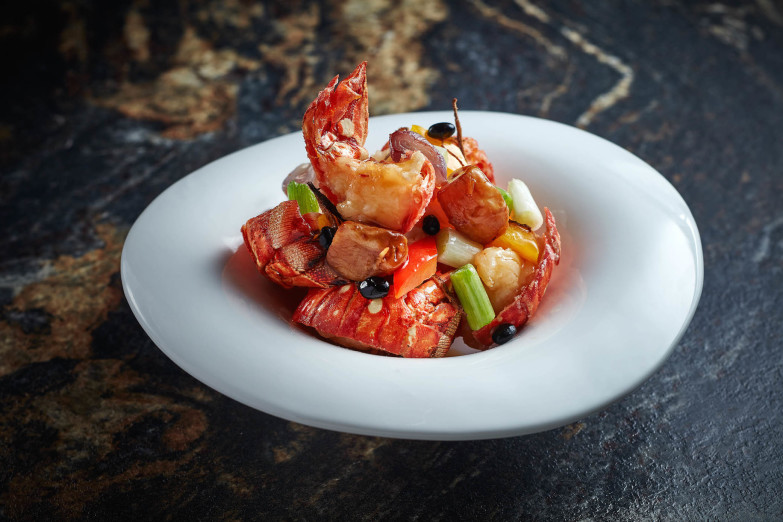 All the dishes were a treat at our hosted lunch, but the most memorable were the wok-fried lobster with fragrant bean paste, braised duck in chu hou sauce and black mushrooms in chicken sauce. The lobster is a traditional Hakka dish where Chef Lai substituted shrimp with lobster for the festive season, also using dried tangerine zest and a secret bean paste recipe to create a savoury and fragrant seafood sensation. 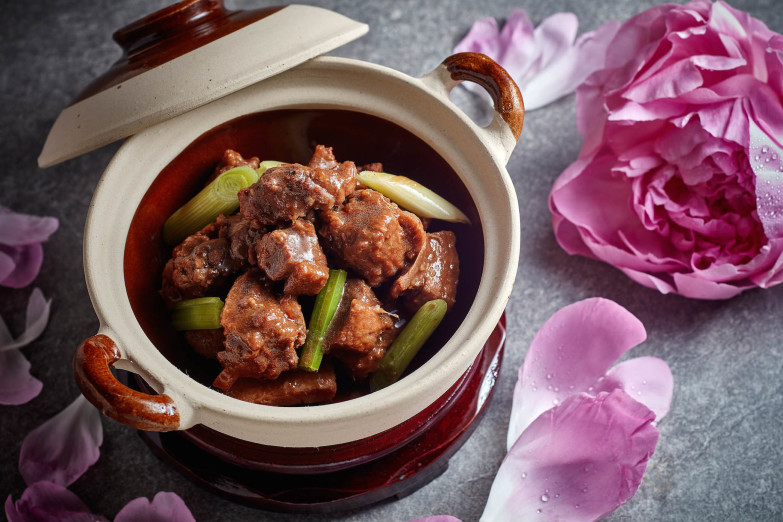 Using the exclusive Silver Hills duck from Ireland, which has been famously featured at Heston Blumenthal and Gordon Ramsay’s restaurants, this coveted ingredient adds even more depth and complexity to this braised dish. The fowl is known for its high fat content, which is complemented by the tangy, savoury flavors of the chu hou sauce, taking this classic dish to new levels. 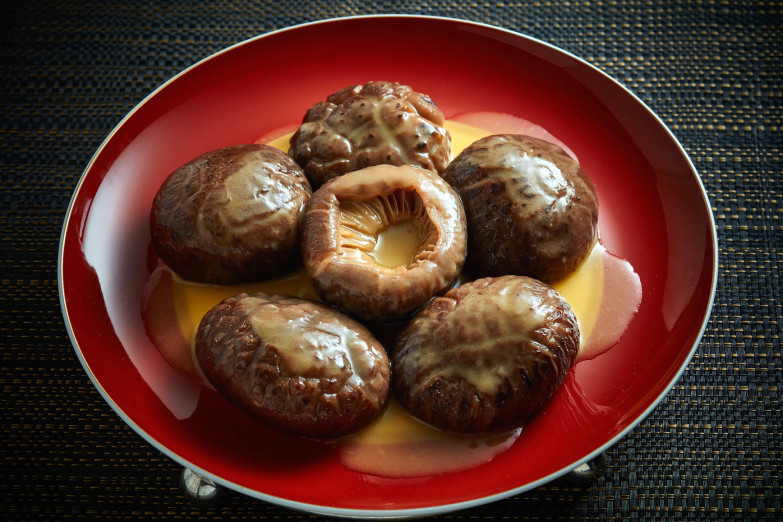 While stewing mushrooms in prime broth and sauce is a dime a dozen in Chinese cuisine, the superior ingredients used here set this dish apart. The almost inch-thick mushrooms are a meal in themselves. With each weighing at least two ounces, the aromatic stock is fully absorbed into the succulent fungi.

YUÈ is a Cantonese restaurant known for its Guangdong dishes, but this Hakka-style gau daai gwai doesn’t skip a beat. A lot of Hakka dishes are stews, and many items are braised and may not be the most Instagrammable out there, but to be honest, when they taste this good, there is no better reason to set the camera aside and just enjoy the meal.

First we eat, then we do everything else