Budae Jjiage is a spicy Korean stew reveals the country's tattered past and will to survive.

Walk down any street in any town in South Korea and you will be bombarded with options for different foods to fill your belly. Hoards of soups and stews, grilled beef and pork, rice aplenty and almost as many different types of kimchi as there are people in the city. 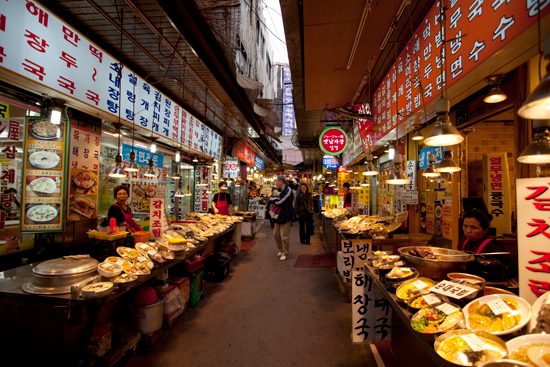 Today's Seoul is a far cry from the city it was only sixty years ago. Just having ended the Korean War, South Korea was starving for growth and healing and food. Never before had the Korean phrase for, "how are you?" literally been changed to, "have you eaten?" and never had it been more appropriate. The country was literally withering away.

The American military bases that had been installed during the Korean War, became places for starving Korean men, women and children to receive any extra rations the army didn't need. These extra rations became the the main ingredients for budae jjigae, or army-based stew which consists of hot dogs, spam, tinned baked beans and American cheese.

To the untrained eye, the ingredients seem a strange amalgamation of culinary styles: American meats, coupled with both Korean rice noodles and Japanese instant ramen, all held together with the Korean staples of kimchi and tofu.  Once merely a way to stretch leftovers for another meal, budae jjigae has now become a cornerstone of Korean cuisine. 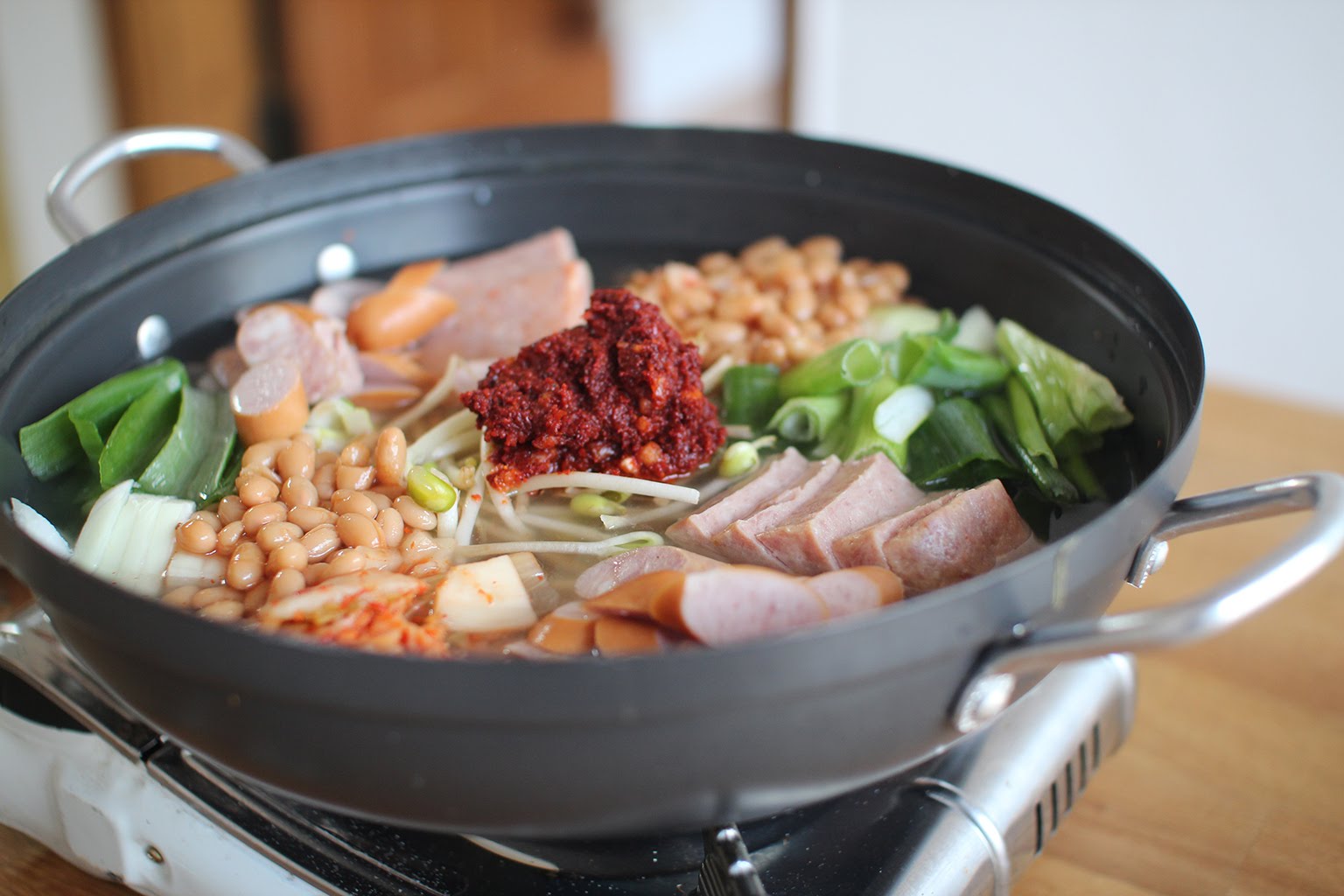 Spam, hot dogs, American cheese and baked beans are all boiled together with noodles, kimchi, tofu, mushrooms, onions and beansprouts to form a think Korean stew. This boiling pot is served immediately with Korean side dishes and silver bowls of plain rice. It is often paired with Korean rice wine, typically either makgeolli or soju. Although, this can be said for most Korean stews; the cool alcohol is particularly good with the spicy, thick stew.

If you are still hungry after your stew is finished, you can opt for the "second round", where all of the final bits are stir-fried together with rice and a variety of mix-ins to create bokkumbap, also known as the best close to a dinner that's full of history. 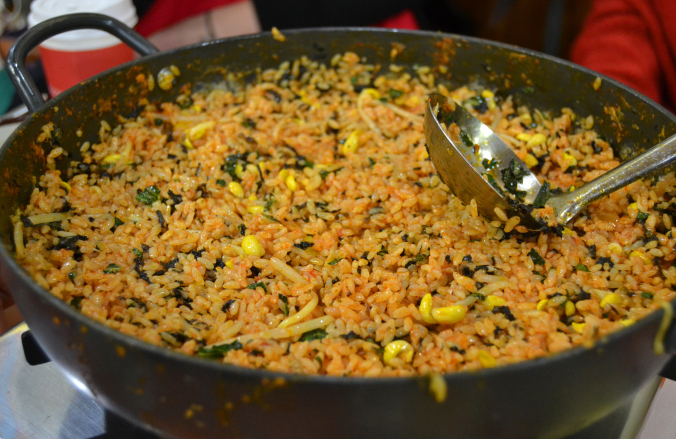