Restaurant Review: Casa Lisboa is Back in Town

The well-regarded contemporary Portuguese restaurant returns in style in Central

After a restful six-month hiatus, Casa Lisboa rejoins the local dining scene with some new and pleasant surprises. The Portuguese culinary expert has been known for its refined traditional dishes touched up with contemporary creativity, flavours and sophistication. Its relaunch introduces a brand-new interior design and menu to its guests, bringing Portuguese cuisine to greater heights in Hong Kong. 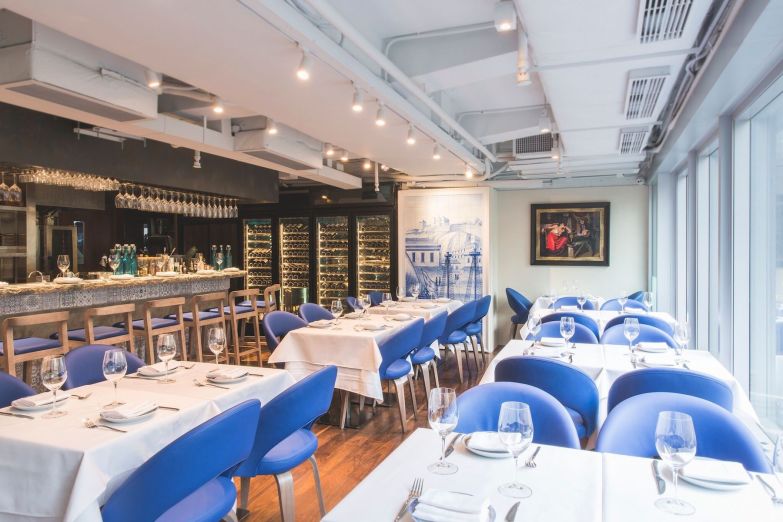 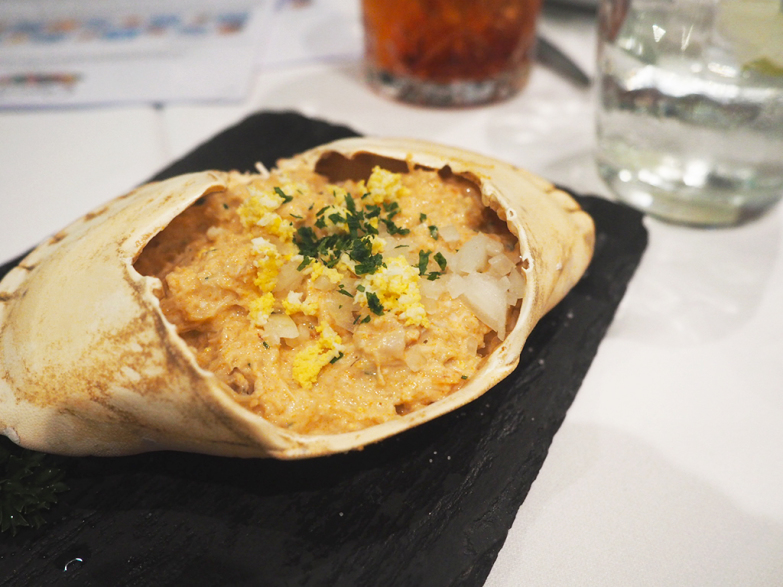 The first dish we sampled, Portuguese brown crab sapateira ($155), did not disappoint. Belonging to the classic side of Portuguese cuisine, sapateira is made with poached crabmeat, mayonnaise, onion and celery. The lovely mixture was indeed strong in its savoury flavour profile, brought about by the fresh brown crabmeat, yet it was not overwhelmingly pungent. 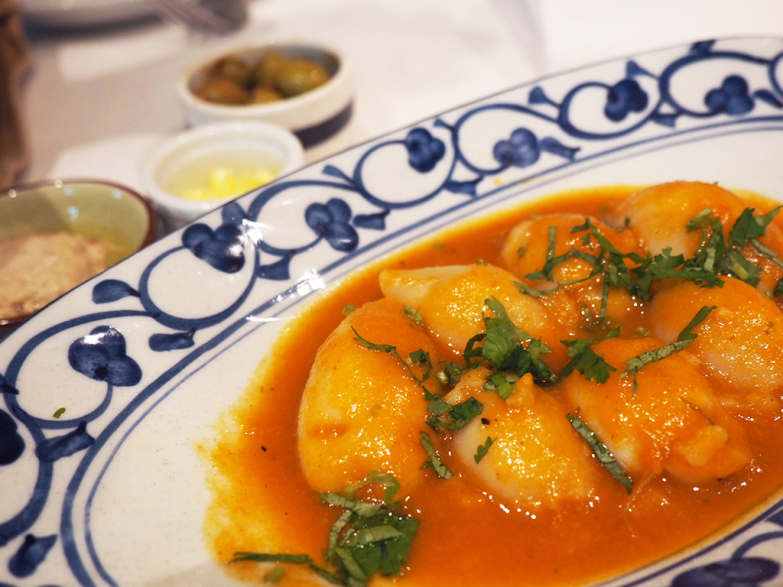 Another traditional seafood dish was the stuffed baby squid in beer and tomato sauce ($120),  which won us over. The delicate baby squid pieces were stuffed with diced chorizo made with Portuguese Iberian pork, rice, onion, garlic, white wine and fennel. The tenderness of the squid complemented the chewy texture of the chorizo. Just one bite hinted at the hard work required to create these little gems. 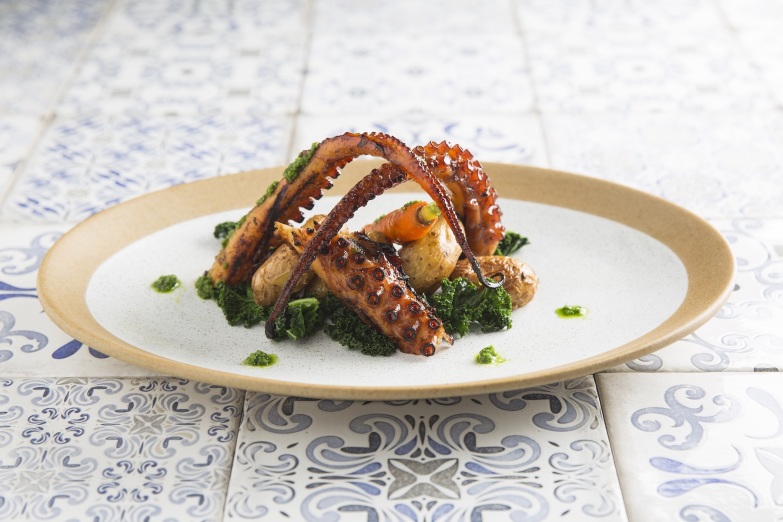 Another seafood dish, the Portuguese octopus confit in muscatel wine ($280), served with grilled kale and smashed potatoes, was a hit all around. Traditionally, octopus is prepared by poaching and grilling, but Casa Lisboa steps up its game to present us with a novel cooking method. First, the chef brings muscatel, a sweet, aromatic wine from Ribatejo, to the boil and steams the octopus. The cooked octopus is then put on the grill to release its full flavour. This was – by far – the best octopus dish I’ve ever had. 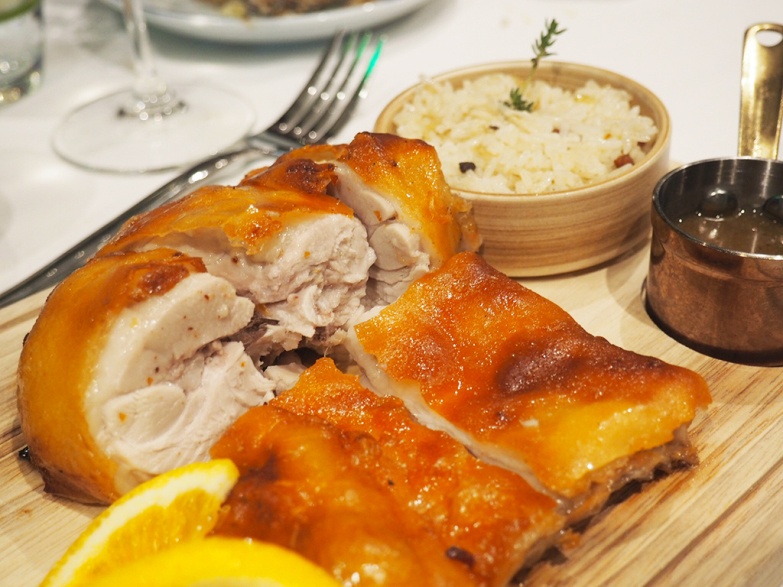 Meat lovers will adore the eatery’s signature dish: suckling pig slow-roasted à Bairrada ($260). The chef marinates the pork for a day according to an ancient Bairrada recipe, and then the marinated meat is grilled for three hours. Our taste buds were treated to full-bodied, meaty flavours – some might consider the taste overpowering while others might love it for its intensity. Having swallowed a hefty layer of fat, I found the pork slices too rich and oily for my liking. 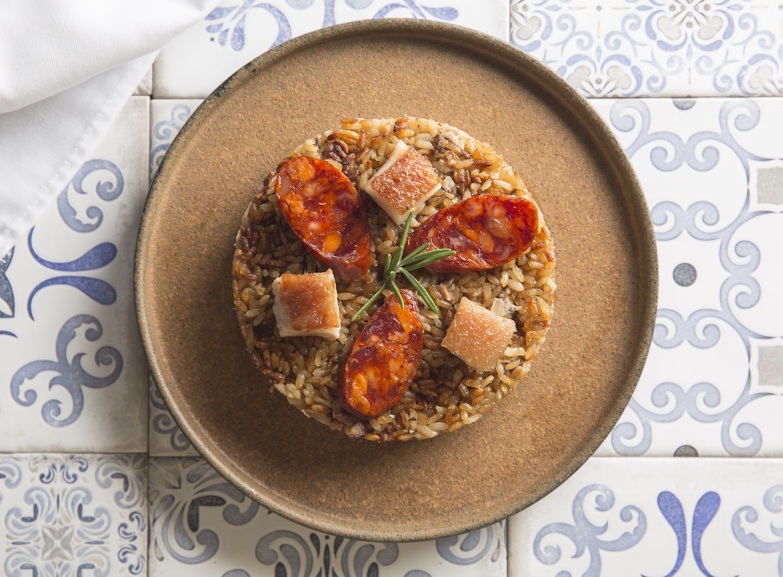 A loyal carb lover, I could not stop spooning the next dish onto my plate. The duck rice Lisboa style ($180), with chorizo and slow-roasted pork belly, is cooked in a broth made with fresh duck bones. The baked dish is layered with hand-shredded duck meat and rice, infusing it with a delicate duck essence. 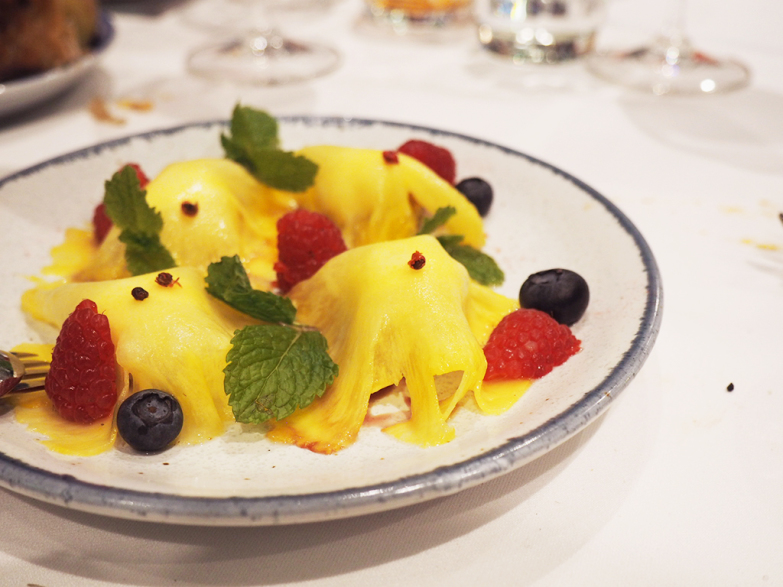 Casa Lisboa is a mood-lifting restaurant that offers top-quality Portuguese food at friendly prices. Its accessible location also adds brownie points, especially for nearby workers who need the consolation of good food after long working hours.