Finally a reason for Foodies to buy an Apple Watch

With all the cool features that the new Apple Watch touts, we found a foodie focused app ready to rock.

There are Apple fans around the globe counting down the hours until April 24th, when the new Apple Watch is to be released. We aren't necessarily the biggest of Apple crazed consumers here, but we did immediately start thinking of the applications that will make cooking and eating easier for the masses.

Some of the coolest apps and their uses: 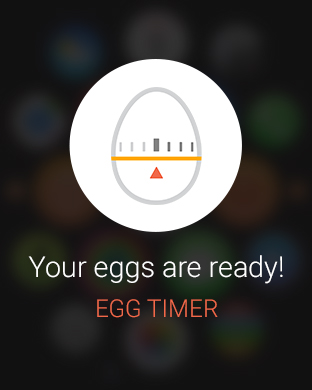 One of the simplest apps out there for cooking eggs is now part of the Watch apps. Select your desired level of hard-boiled-ness, the size of the egg, and off you go.

Couldn't be simpler than that. Enjoy your perfectly cooked eggs! But wait... you can now boast that you have the most expensive egg timer in human history, especially if you go for the USD$10k Apple Watch. Congrats on your success!

Remember this one? It used to be the go-to app before Google Maps, Apple Maps, Foursquare and all the other "whats nearby" apps. They seem to be jumping the behemoths to the new app rush again with their upcoming app for the Apple Watch. The app boasts speak to search functionality, so you can say "sushi" and it will search nearby sushi joints. Handy in a pinch! 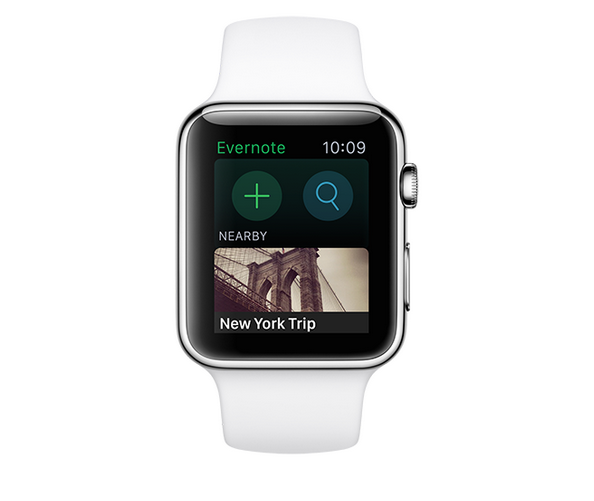 These guys have been rocking the app and note space for years, and we are happy users here at Foodie.  It comes as no surprise they are upping their game with an Apple Watch app that is utilising most of the abilities of the new hardware. You may be thinking- it's impossible to type on the watch! Well, fret not... with Evernote's new app you can dictate your food review, poetry, essay, or recipe and it will do the rest. Yeah. We know. It's not a hoverboard, but it's pretty neat for 2015.

Pro-tip... Dictate shopping lists, view them at the store without clunking your phone. You just won the internet.