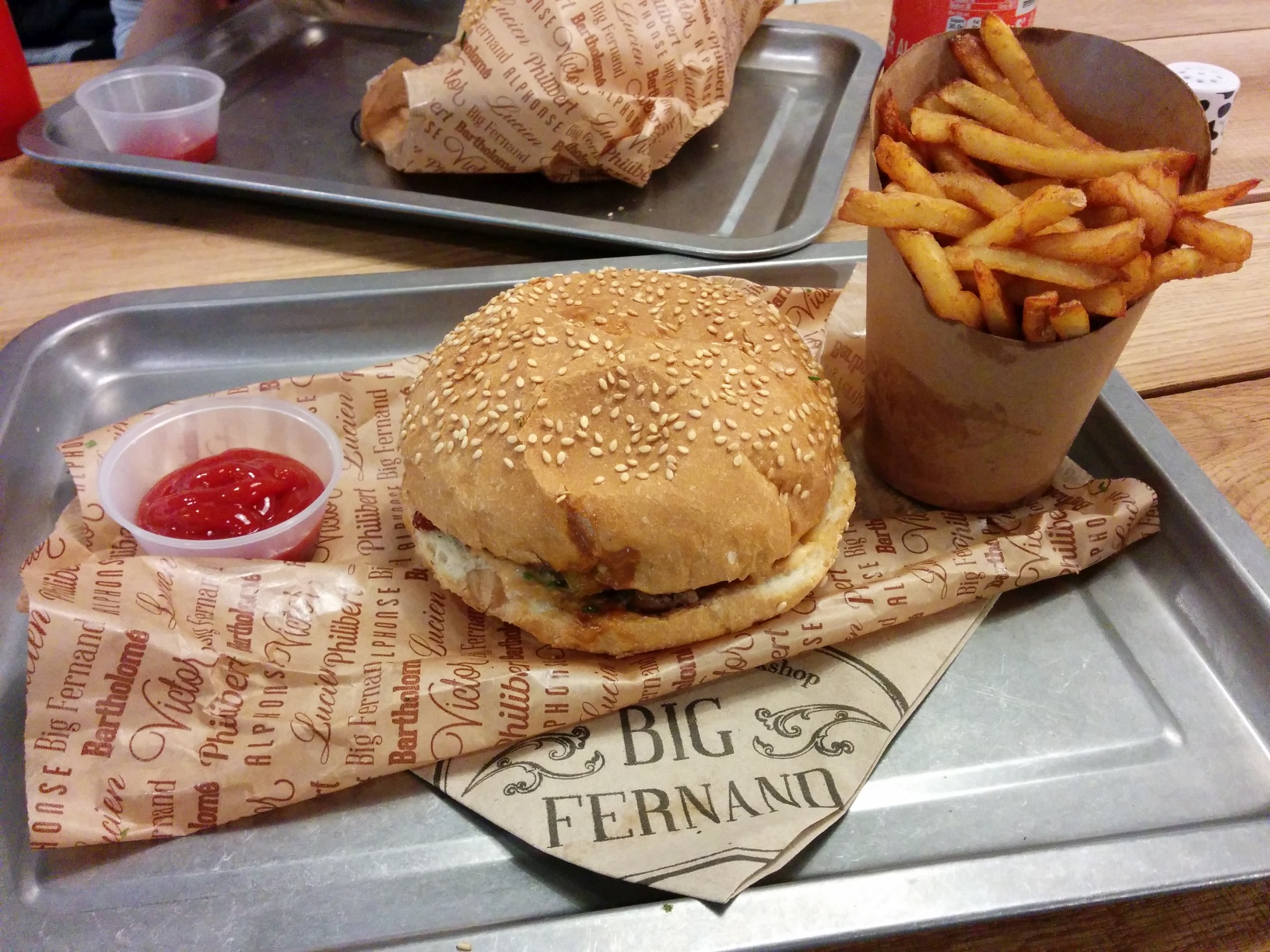 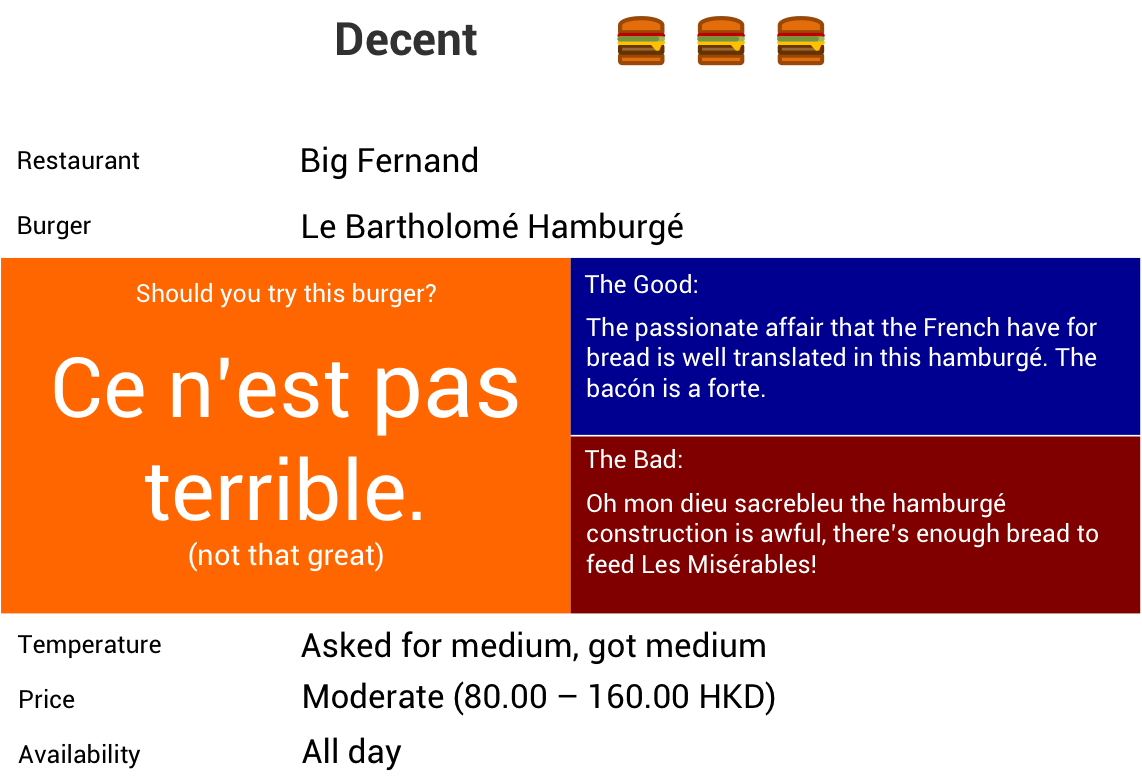 This hamburger, a french concoction of pompous proportions, is introduced as a proud frenchmen; a frenchanization of an american icon, a potential representative for le cuisine française – a culinary fling considered by some to be the best in the world. This notion might lead one to believe that this hamburgé would be something to excite, a chef d’œuvre that benefits form its french touch; instead, Big Fernand’s statement of “stop guzzling burgers, eat hamburgés” fails as it becomes one too grand to convey.

The passionate affair that the french have for bread is well translated in the taste and construction of this hamburgé, the intricate unwrapping of the burger culminates in a faux pas as only bun and smidgens of sauce become visible. This bun, with its soft texture and with a crusty exterior, is good bread, but oh mon dieu sacrebleu there’s just too much of it – bite after bite the patty seems to become an improbable fact. After each dragging mouthful, as one beckons the arrival of the patty – quel dommage! The calamité of the patty is not derived from its flavour, which has been bred for meat, it comes from an un-juicy chunky texture and a petiteness that leaves a desire for a patty that circumferences the bun.

The rest of the burger décor forms a tableau vivant – nothing in this hamburgé particular stands out as remarkable. A combination of two sauces, the BB Fernand or BBQ sauce and Tata Fernand also known as cocktail sauce, are overwhelmingly sweet to the burger – le hamburgé is served au jus, as these dominate the burger taste balance. The raclette fromage, the sassy stinky cheese one can expect, adds a french gooey embrace to the burger; the bacón, a crunchy tasty forte in the burger, falls short with a vignette of slices. The légumes are quite limited, the handful of chopped chives add little more than hints of greenery, and the caramelised onions are present but forgettable – and voilà, one’s experience with le hamburgé. The fries were soggy and old.

For 135.00 HKD, plus an additional 40.00 HKD for the little combo – fries and a drink, the hamburgé is a pricey burger to be missed. Towards the finale there’s a realisation that the burger taste balance isn’t terrible, it simply isn’t representative of that high level of french food one would embrace – but hey not everything turns out as one wants… c’est la vie!

This article was originally featured on www.burgershk.com.