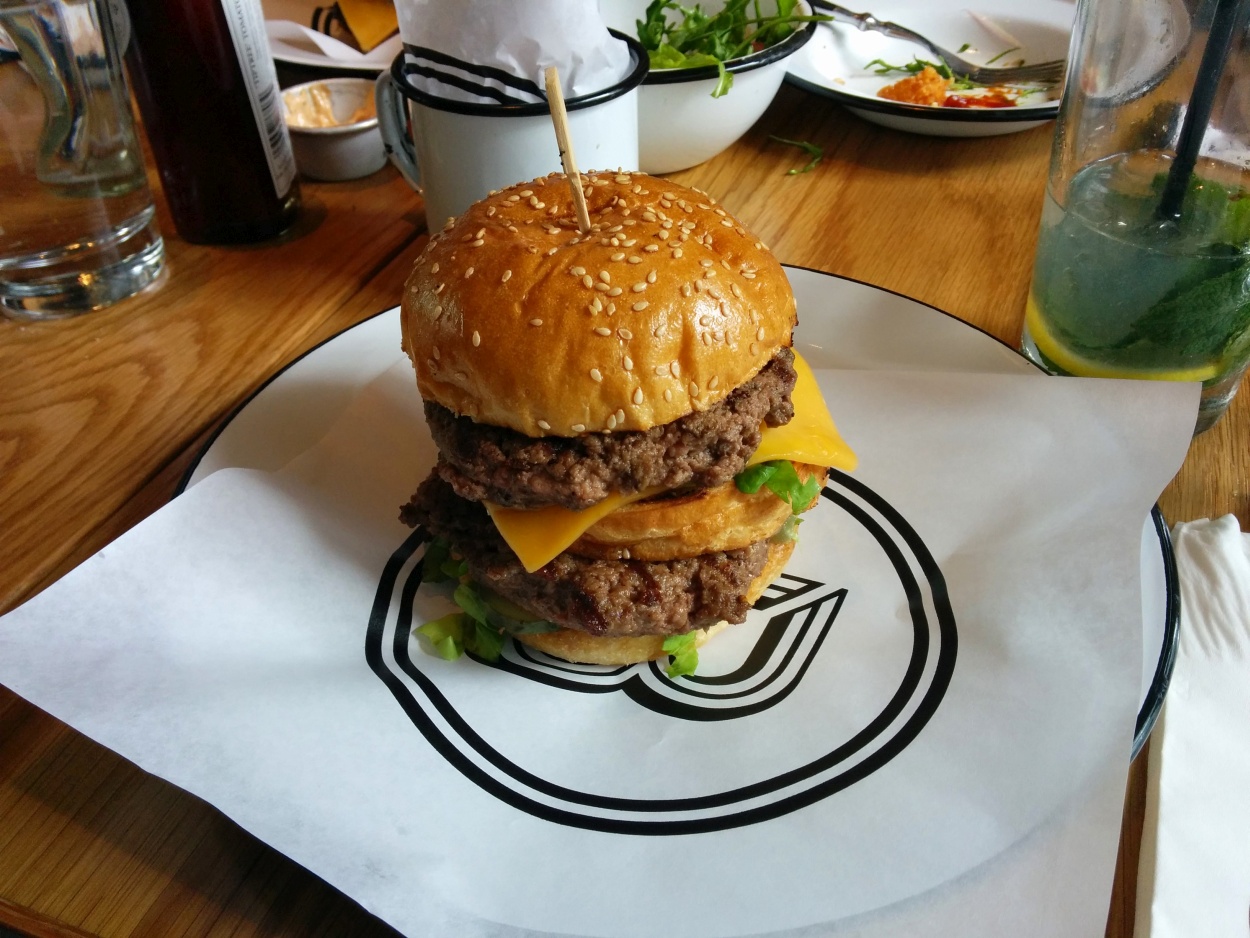 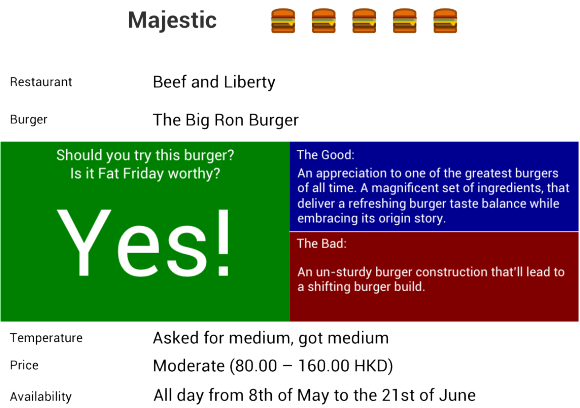 It is an appreciation to one of the greatest hamburgers of all time, and with heartfelt reverence, this burger has embarked on the onerous task of fulfilling a burger taste balance that has indulged one and so many with sentiments of joy and elation. Embracing its own origin story, The Big Ron gives the respect its hero deserves while exhibiting its own show of force; the burger is not better nor worse, it is not a replacement to its champion – it is a burger that brings its own character traits to the game, that delivers a refreshing set of ingredients on its own admirable accord.

In the light of day, the burger stands tall from its perch – the two beef patties, the special sauce, lettuce, cheese, pickles, onions, on a sesame seed bun, leave a remarkably mettle impression; and while there’s still some room for improvement, particularly in its burger build – skilled burger boldness defines this hamburger. The two patties show their cojones through a laudable beef taste, differing from the original, they are juicy and hearty; but show vulnerability in a soft texture that frails the more one delves into them. A special sauce is good, it gives the burger a robust tang without subduing the burger taste balance, allowing for the rest of the ingredients to show their valiance.

The finely chopped lettuce and white onions, a subtle green resolve for the burger, maintain a crisp stance; whereas the slice of cheese, audaciously mild and yellow, flows with the hamburger’s savour and movements. The suit that holds the burger, the trinity of sesame encrusted buns, the three firm layers of bread with a pluck taste, work well with all the hamburger components – never overpowering, holding fast, and reconciling the juices. The burger’s bane, its debility, comes from a burger construction that slowly weakens; just like the original, when first revealed, the burger carries itself with a stackature of gameness, but with each lift each impending bite, components in the burger construction begin to shift… still, it’ll strive to hold itself together, to deliver one good last mouthful. The fries (not pictured) are great.

For 158.00 HKD this is a hamburger one had to try, because it is a burger that Hong Kong deserves, but not one it ever needed, so one has to eat it. Because it can take it, because the burger is not a regular menu item. It is a majestic burger, a tasteful hamburger, The Big Ron.

*It was with a great smile and enthusiasm, that Beef & Liberty invited me to try this awesome burger.

This article was originally featured on: Burgers HK Website