When asked about my first impressions of Spanish culture, soccer and the nation’s famed siestas first come to mind. Heart-stopping bullfights and dreamy Spanish guitar ballads follow closely, and then it’s the gastronomy. Colorful seafood paella, chilled gazpacho, homemade chorizo and other tapas and fruity sangria come to mind. Connect all of the above and they sum up one word about Spain: dynamic.

Rustico, too, stands out from its neighbours in the heart of Lai Chi Kok with its rustic Spanish taverna style. The executive chef, Carlos Salvador Asensio, made the decision to relocate seven time zones away from Barcelona to showcase bucolic Spanish cuisine here in Hong Kong. He wants us to have a more intimate relationship with our food, to feel the texture and eat with our hands. This is something not so commonly experienced here in the Pearl of the Orient. 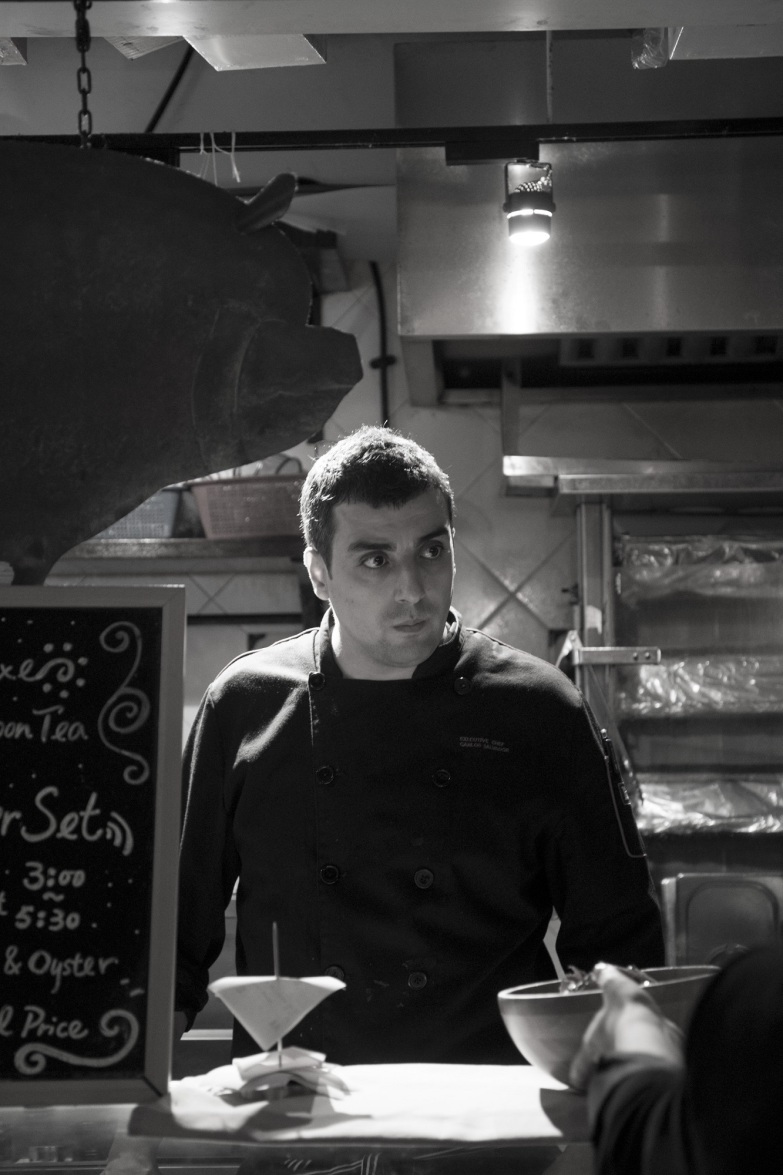 We entered Rustico and caught sight of the wooden beams, open kitchen with hanging jamón, pots and pans, red-brick walls, mosaic tile flooring and colourful Spanish plates on the walls. We opted to sit on the semi-outdoor verandah for a romantic Spanish feel. 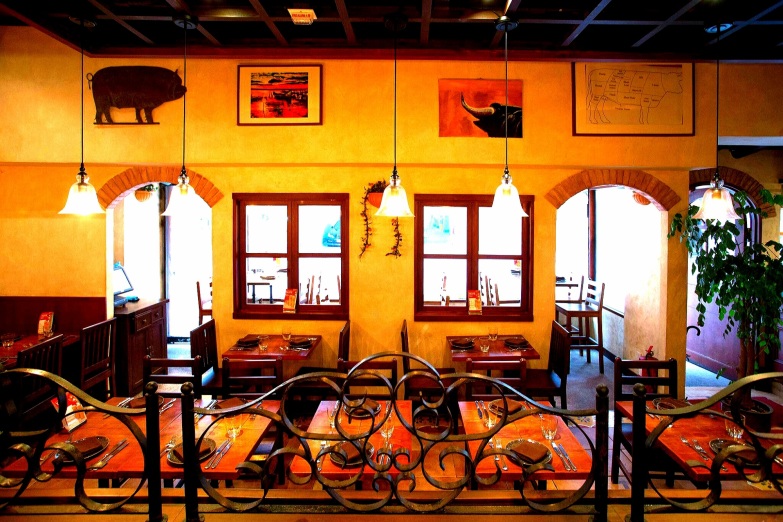 The friendly host offered to start our meal with some drinks. Feeling adventurous (and dynamic), we told her that we would try anything she recommended.

When our chilled cocktails arrived, we eyed them curiously. The Rock & Roe ($68), made of salmon roe, vodka and peach liqueur, looked dainty and tasted elegant, and I couldn’t resist lifting up my pinky as I sipped. I only managed to reach the salmon roe towards the end of my drink. Small bursts of salty liquid exploded as I bit into it, and I wished I had some more “rock” to go with the “roe”.

The other savoury cocktail, Oasis ($88), was a concoction of rum, lime juice, mint and basil, with a plump shrimp perched on the side. This tipple tasted like iced pesto, and it was also palate cleansing. In fact, it could easily pass as a swanky dressing on a cold pasta salad. 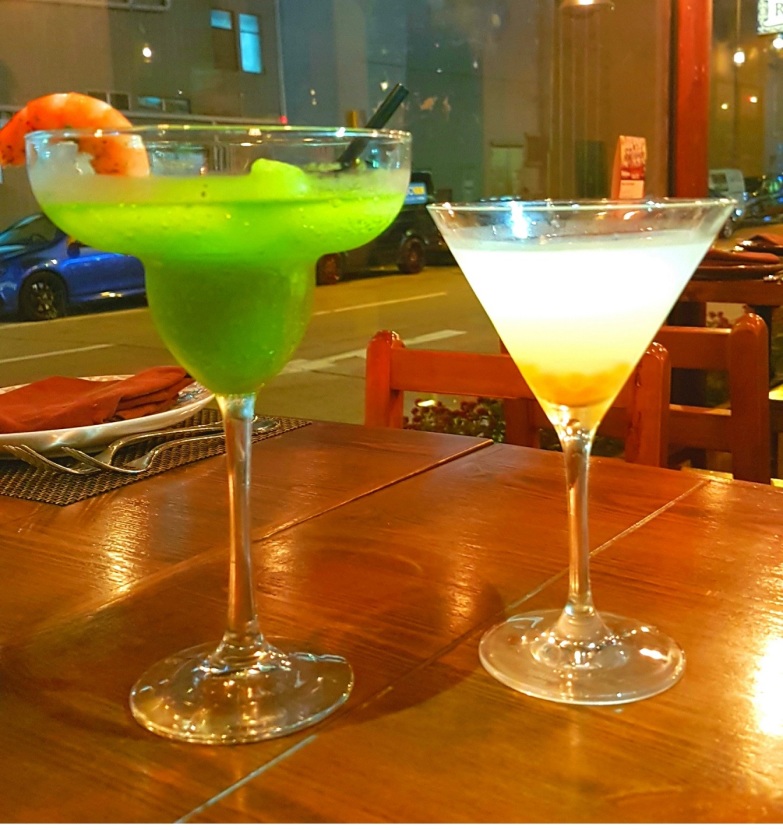 The first course was a rare delicacy: Spanish barnacles (percebes al natural) ($248), which looked strangely like dinosaur claws. The crustaceans were poached in seawater and the flesh tasted sweet, although it was salty at the neck. The texture was chewy, a cross between a clam and a mushroom without the forest-y astringency. These barnacles were succulent, and we relished every finger-licking bite. 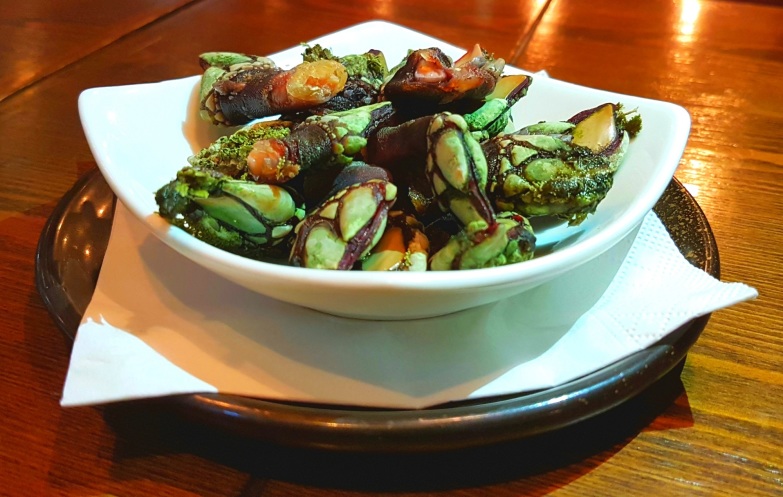 As soon as we finished the claws, they set the next dish in front of us, a Catalonia-style pan-seared Spanish sea cucumber with sautéed artichokes ($268). The sea cucumber was served on a bed of creamy potato with parsley pesto and garnished with artichoke chips. The taste of the sea cucumber was light but brought out fantastically by the artichokes, parsley and mash. I enjoyed exploring the variations of textures that Chef Asensio presented on my plate and continued to silently yearn for more of those chips for rest of the meal. 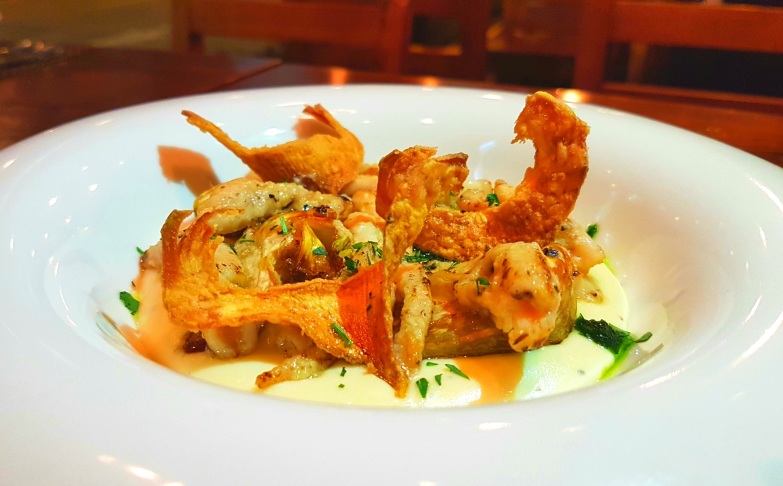 The Atlantic Ocean langoustines ($338) followed, sprawled out on a pretty blue dish. With their radiant tan, they looked as if they had been sunbathing. Flambéed with cognac, the langoustines were delicate and tasted beautifully sweet against the crispy fried pieces of cognac-flavoured garlic scattered around the dish. 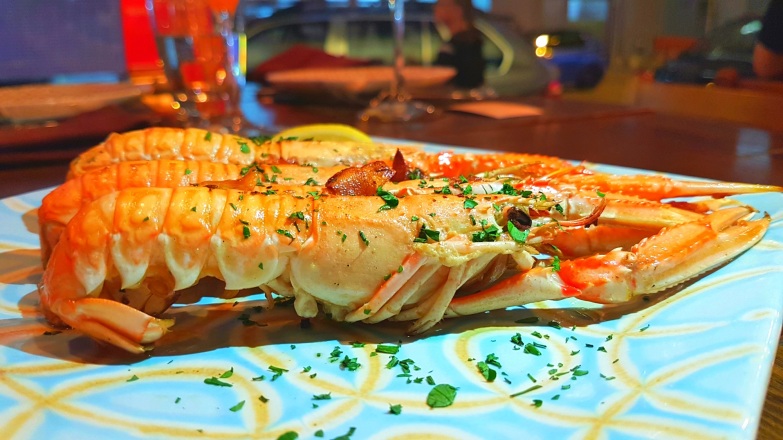 The next course was a personal favourite of the host and a dish she claimed to always recommend to diners. The Spanish whole turbot a la espalda ($680) was done in Basque style, pan-seared with garlic, chilli and parsley, and served with garden vegetables. The fish was delectable – firm and sweet, with a gorgeous crisp skin that had a mild heat. I also couldn't get enough of the char on the veggies.

Having grown up eating crab, this next dish was highly anticipated. The traditional crab rice (arroz de centolla) ($388) was also cooked in Basque style. When the pot was first set in front of us, the rich scent of crab bisque hit me and my mouth began to water. Just when I thought that the crab itself was the star of this dish, I found myself wrong after just the first bite. The rich flavour of the crab was all in the gravy rice, and each spoonful was nothing less than lavish and luscious. 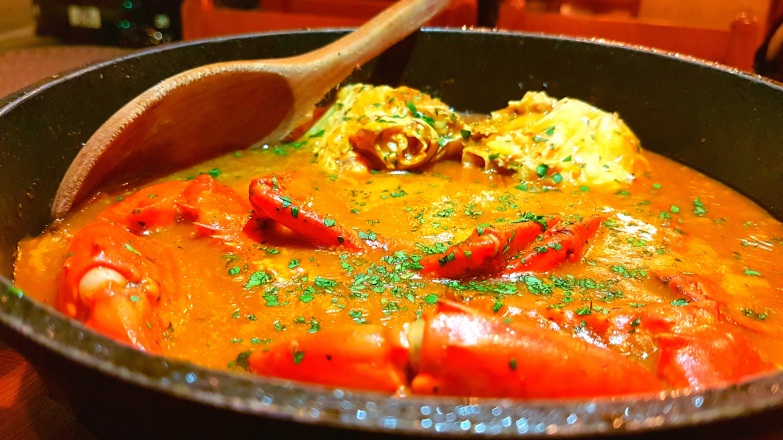 The pudding list at Rustico ranges from the warm comforts of apple tart to dessert classics like New York cheesecake. But I wanted to round off my meal with something undeniably Spanish, so I selected the churros with vanilla ice cream and chocolate mousse ($60). The deep-fried dough was crisp and coated beautifully with cinnamon sugar. Still piping hot, I dipped a stubby stick into the creamy mousse, revealing the hidden vanilla ice cream treasure in the cup. This was a heavenly way to end our meal and would also make for an equally delightful afternoon snack. 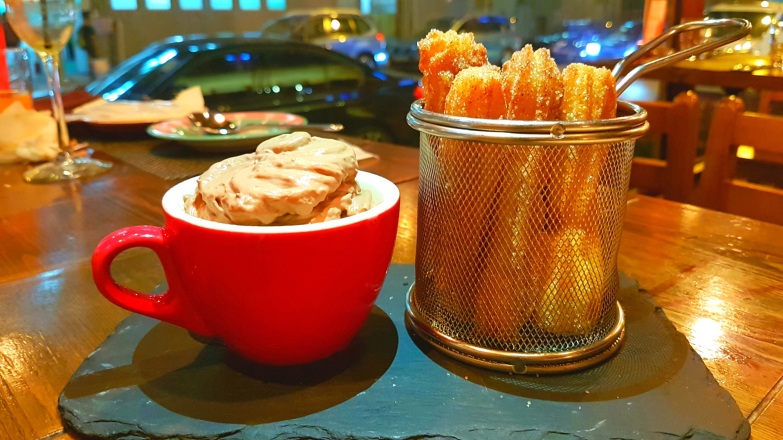 My Spanish dinner experience at Rustico was sensational. I applaud the chef’s cooking philosophy in maintaining the tradition and culture of Spanish cuisine. With the steep prices, however, this is the sort of meal you should consider if you’re looking to celebrate an important milestone or if you’re an aficionado of the art of Spanish cooking. The restaurant was also brimming with people on an early weeknight, so reservations are highly recommended.

Rewriting Wine 101: A Tribute to Régis Camus of Piper-Heidsieck

Farewell to a legendary cellar master, in style

Take a journey to Italy with this sumptuous brunch spread