The southernmost city in China’s southernmost province of Hainan, Sanya, with its tropical climate, rainforests and sandy beaches, is often described as the Hawaii of China. Located at almost the same latitude as the Hawaiian Islands, the softly swaying palm fronds of Sanya have recently become a beacon for travellers near and far. Also nicknamed “China’s Florida”, warm-climate Sanya is a popular holiday destination for retirees from China’s northern provinces who are eager to escape the cold winter. It’s also the training site of the Chinese national beach volleyball team, and more than 80 per cent of China’s surfing team reside here to catch the perfect wave. 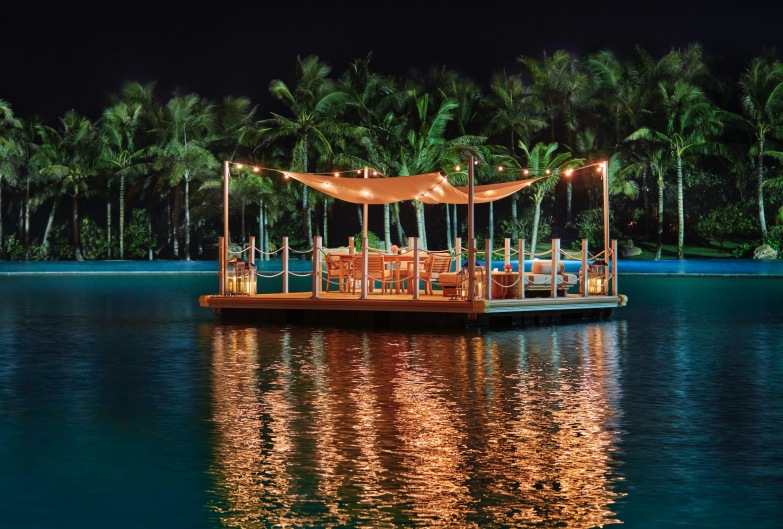 During ancient times, Hainan was known as “the edge of the world” (天涯海角) owing to its remoteness to the political centre of Imperial China, and wayward officials sometimes found themselves exiled to this tropical paradise. What a hardship!

Tourism is perhaps what Sanya is best known for today. It’s a popular destination for domestic as well as Russian tourists, although recent flight routes have also opened the island to visitors from Europe. We recently ventured to Haitang Bay, one of Hainan’s five bays, to indulge in the luxury accommodation at The Sanya EDITION.

Sandwiched between The Westin and Crowne Plaza and a stone’s throw away from Atlantis, a water-themed hotel rumoured to have cost US$1.5 billion to construct, The Sanya EDITION is a spectacular oceanfront resort created by renowned American hotel visionary Ian Schrager in partnership with Marriott International. The hotel is set amidst 50 acres of lush, tropical greenery, with a stunning 20,000-square-metre “private ocean” at the heart of the property overlooking the South China Sea. Ten million gallons of seawater are pumped from the sea to this private ocean throughout the day, and its water teems with fish and a resident sea turtle. A bevy of water sports ranging from paddleboarding to kayaking is available on this private ocean. There’s even a floating platform in the middle for a truly unique dining experience.

The huge 500-room hotel, alongside more than a dozen exclusive hotel villas, means there are a lot of hungry appetites to satisfy. Luckily for guests, there are five dining options to cater to any taste and occasion. There’s Market at EDITION, the largest of the restaurants, with its rustic wood and faded tiles evoking Sanya’s history as a trading port. A bustling breakfast buffet is served here, complete with live stations serving up bespoke bowls of noodles, pancakes, waffles and eggs. In the evenings, the vast restaurant is transformed into a hotpot buffet with a variety of fresh local seafood, enough to infuse any broth with umami goodness.

Anyone looking to dine with their toes in the sand will be happy as a clam at Beach Barbacoa, a beachside, Balinese-inspired restaurant revered for its aromatic barbecues. During our visit, we were especially impressed with the juicy grilled tiger prawns and butterflied grilled fish, accented with Balinese spices. A dreamy dessert of coconut panna cotta topped with brûléed marshmallow foam was a divine ending. 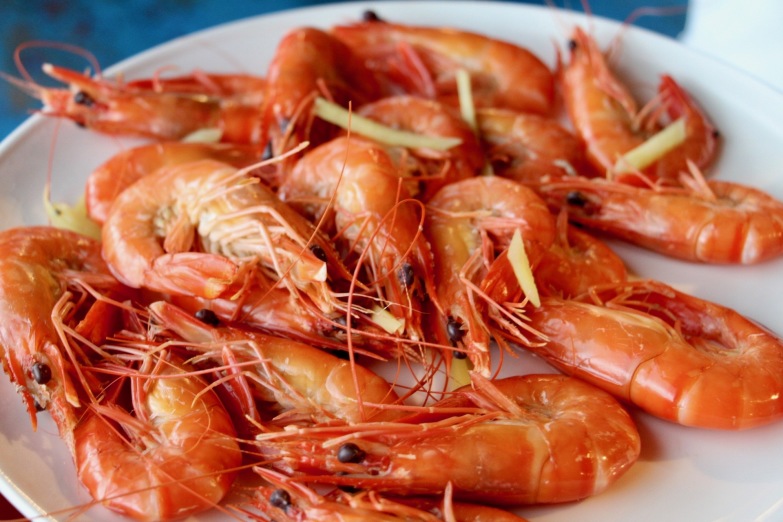 DID YOU KNOW?
Sanya is renowned for its clams, red-foot prawns
and line-caught fish.

Xianhai by the Sea, the hotel’s signature Chinese restaurant, focuses heavily on fresh local seafood. Chef Frank Ou, renowned for his modern, sophisticated take on Cantonese cuisine, is the man behind the menu. We dined in one of the restaurant’s four dining rooms, each perched on a platform that juts out onto the private ocean. It was here that we had our first taste of winged beans, a crunchy vegetable native to the island. Each segment of the beans had a refreshing and sweet crunch, with a hint of nuttiness that quickly made it our new favourite vegetable. 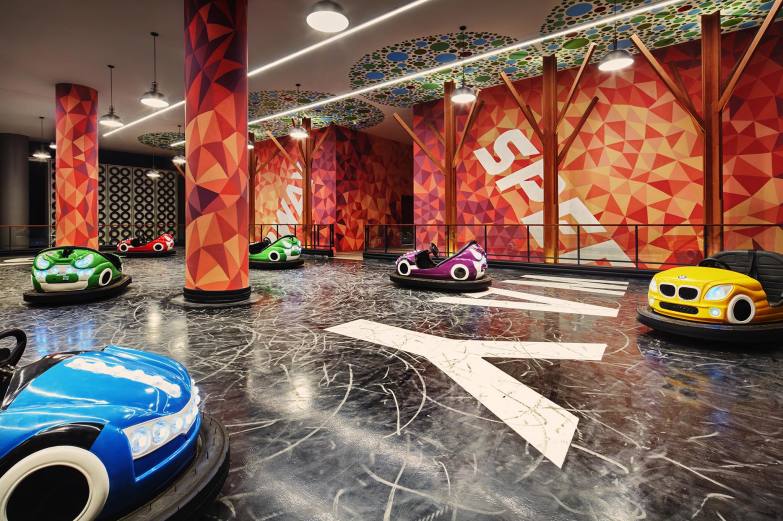 Despite its sleek, minimalist design, the hotel is the perfect location for a family vacation. A mini train runs throughout the property for kids to hop on and off, and there is a world-class kids’ centre with a “make-believe” land, rock-climbing wall, mini golf and even a bumper-car arena! 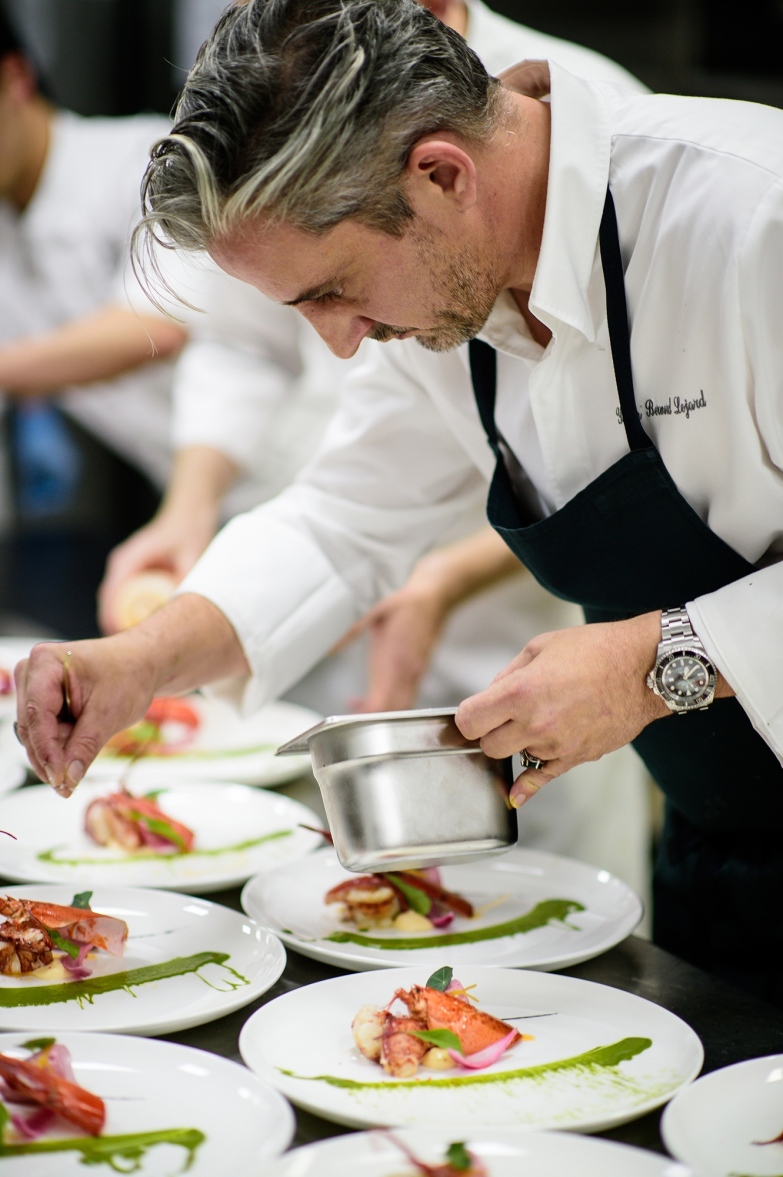 The variety of dining options has flourished since Sanya has become a holiday destination for international travellers. This past June, we tasted the imaginative menu of Chef Yann Bernard Lejard, who visited The Sanya EDITION during a two-day stint to showcase his unique brand of artistic gastronomy. The French-born chef honed his skills at a number of Michelin-starred restaurants and luxury hotels such as Alain Ducasse au Plaza Athénée, Residenz Heinz Winklerin and Hotel Las Dunas’ one-Michelin-starred restaurant in Marbella, Spain, before taking up his current role as executive chef at The Ritz-Carlton, Bahrain.

The menu was full of whimsical names such as “Dark Side of Us”, “Be British” and “Doctor Octopus”, and the extraordinary plating elevated each dish into an art form. The dessert was a performance over a massive tabletop drizzled with sauce, dotted with lifelike apples made of mousse and spray-painted with the chef’s initials in edible gold paint. 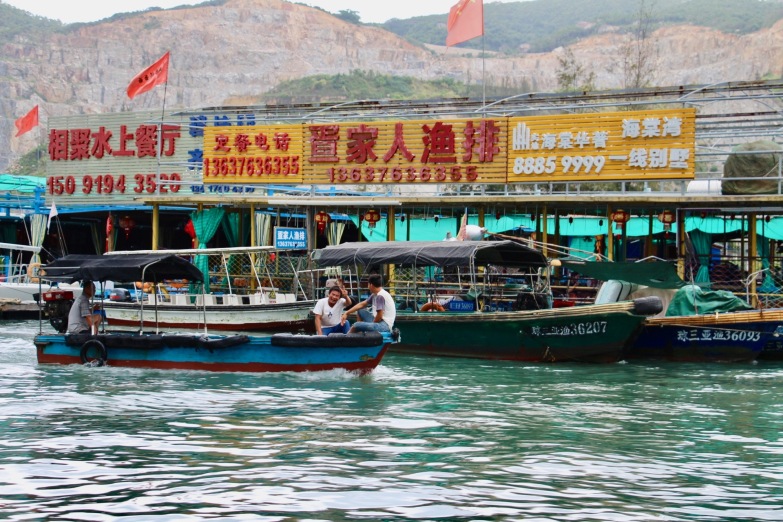 For an authentic taste of Sanya, head over to the floating restaurants of Houhai. The crowded waterway has been a seafood lover’s delight for over 20 years. During the early boom years, Sanya earned a negative reputation for tricking customers with notoriously high seafood prices, but this has stabilised in recent years following government crackdowns. How about 20 varieties of seafood all swimming in suspended nets below the floating restaurants? It’s a sight to behold watching the restaurant staff manoeuvre between narrow planks to reach the various underwater cages.

A typical local Hainanese breakfast is a bowl of rice noodles, served two ways: dry-tossed in a meat ragout or steeped in a pork-bone broth. 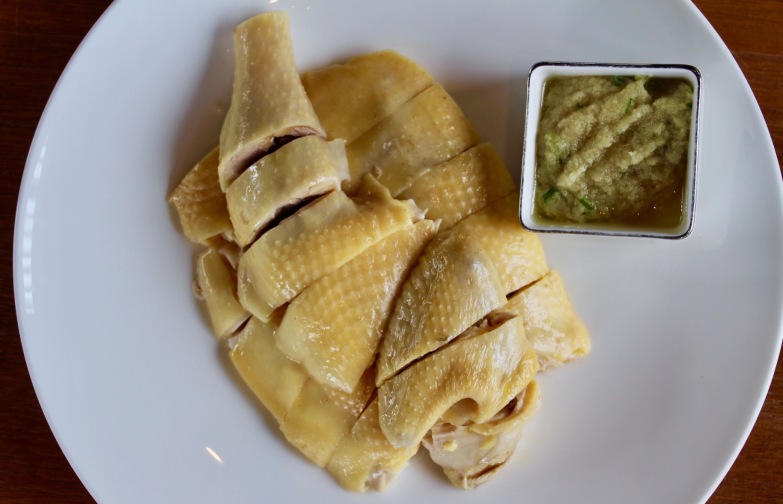 Chef Frank Ou of Xianhai by the Sea at The Sanya EDITION shares his renowned recipe, originating from the commoners of the Qing Dynasty, for “white-cut chicken”

For the chicken and rice:

For the dipping sauce:

The hotel’s latest efforts include creating a safe space where anyone can dine in and facilitating meal donati ... READ MORE

Foodie | about 13 hours ago