No private jet? No problem – at least you can still dine like a crazy rich Asian

The film Crazy Rich Asians has been shattering box-office records worldwide. There’s been plenty of talk about the fashion, the mansions, the jewels and, more seriously, about the cultural significance of Asians in mainstream media. But what about the food? Let’s take a look at what’s dearest to our hearts here at Foodie.

Rachel Chu, the female protagonist in the movie, proves her love for carbs early in the show by scarfing down almost an entire toffee pudding in one of the opening scenes. Homegirl, with her oh-so-Gap look, proves her down-to-earth naivety by packing several Tupperware containers with homemade food for her flight with her boyfriend, Nicholas Young, to Singapore, not realising that in first class, you’ve got the lounge, you peasant!

Once in Singapore, the lovebirds are whisked off to a labyrinth of hawker stalls by Colin Khoo and his hyper, off-kilter fiancée, Araminta (don’t give that girl anymore sugar... or coke, please!). Here’s what they ate on film (we’re pretty sure each cast member had to atone with 50 burpees afterwards): 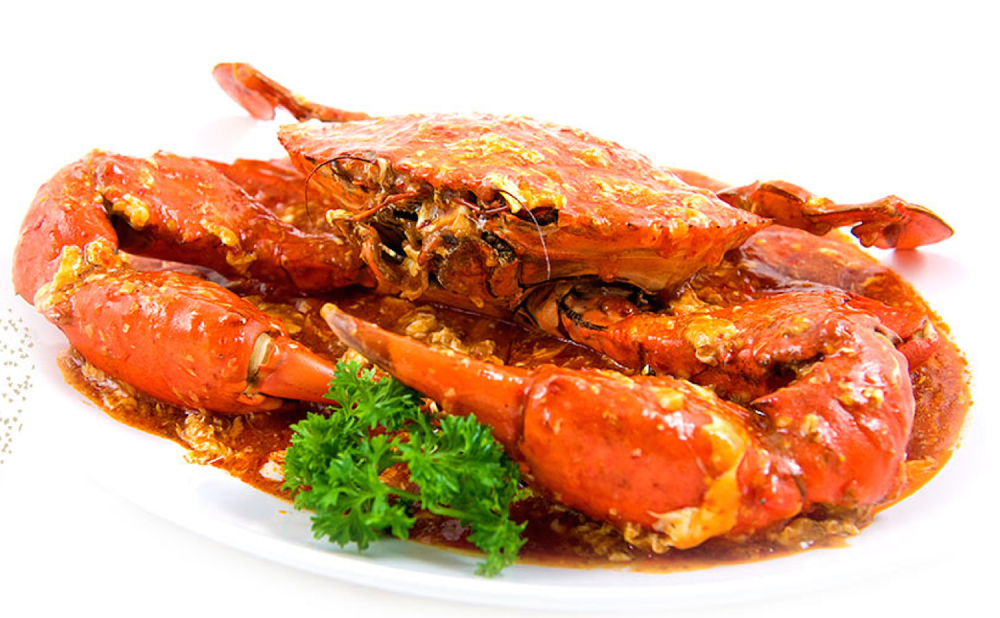 You can’t go to Singapore and not have chilli crab. Stemming from muddy roots sometime in the 1950s, legend has it that the iconic dish was invented when a restaurant chef substituted a bottle of cheap chilli sauce in place of the usual tomato base, giving rise to a culinary masterpiece. Mud crabs are first deep-fried, then allowed to cool, before being wok-fried in the signature sweet, tangy, spicy sauce. 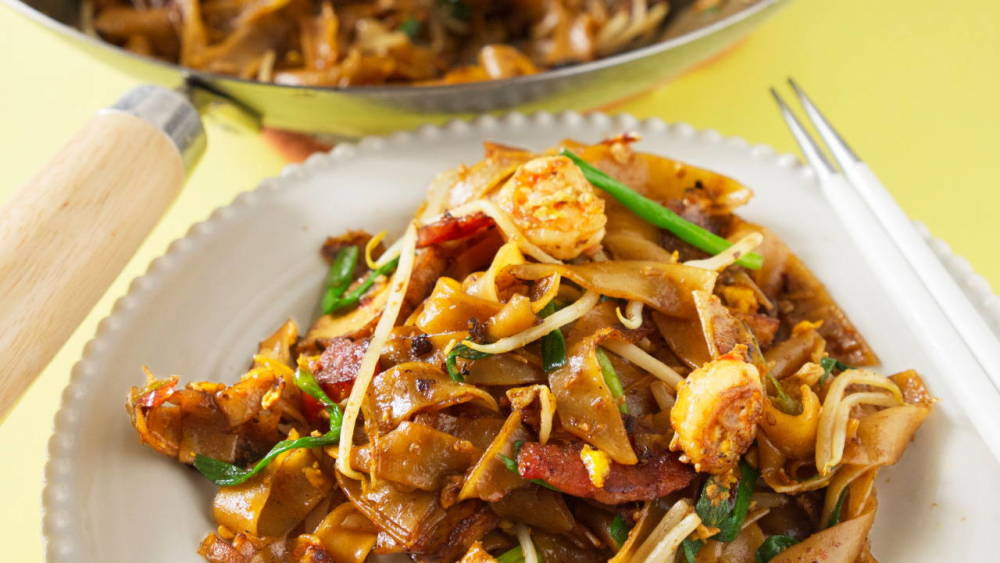 What makes or breaks this dish is the strength of the wok fire (wok hei). Flat rice noodles are stir-fried at very high heat with soy sauce, prawns, Chinese chives, bean sprouts, Chinese sausage and egg to make up this traditional comfort food. The extreme heat of the wok gives the noodles gorgeous caramelisation. 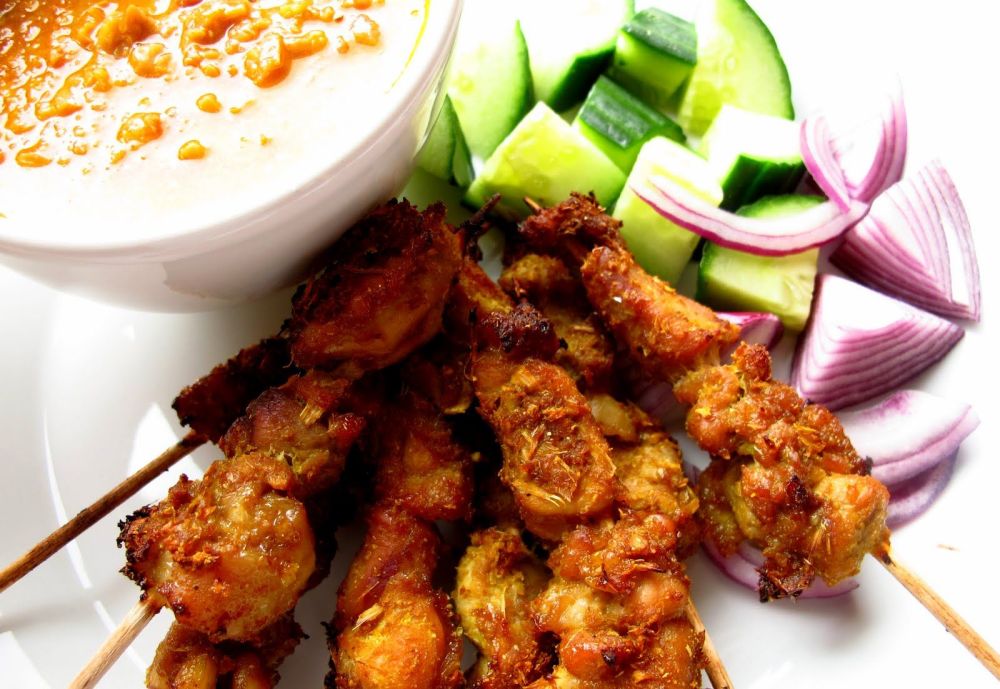 There are several shots of both Rachel and her heart-throb tearing through satay skewers. Essentially grilled meat on a stick, satay skewers come in a variety of meaty options (chicken, beef, pork, lamb) and make for the perfect snack with beer. Dipped in sweet, peanutty sauce, this is bar-food heaven. 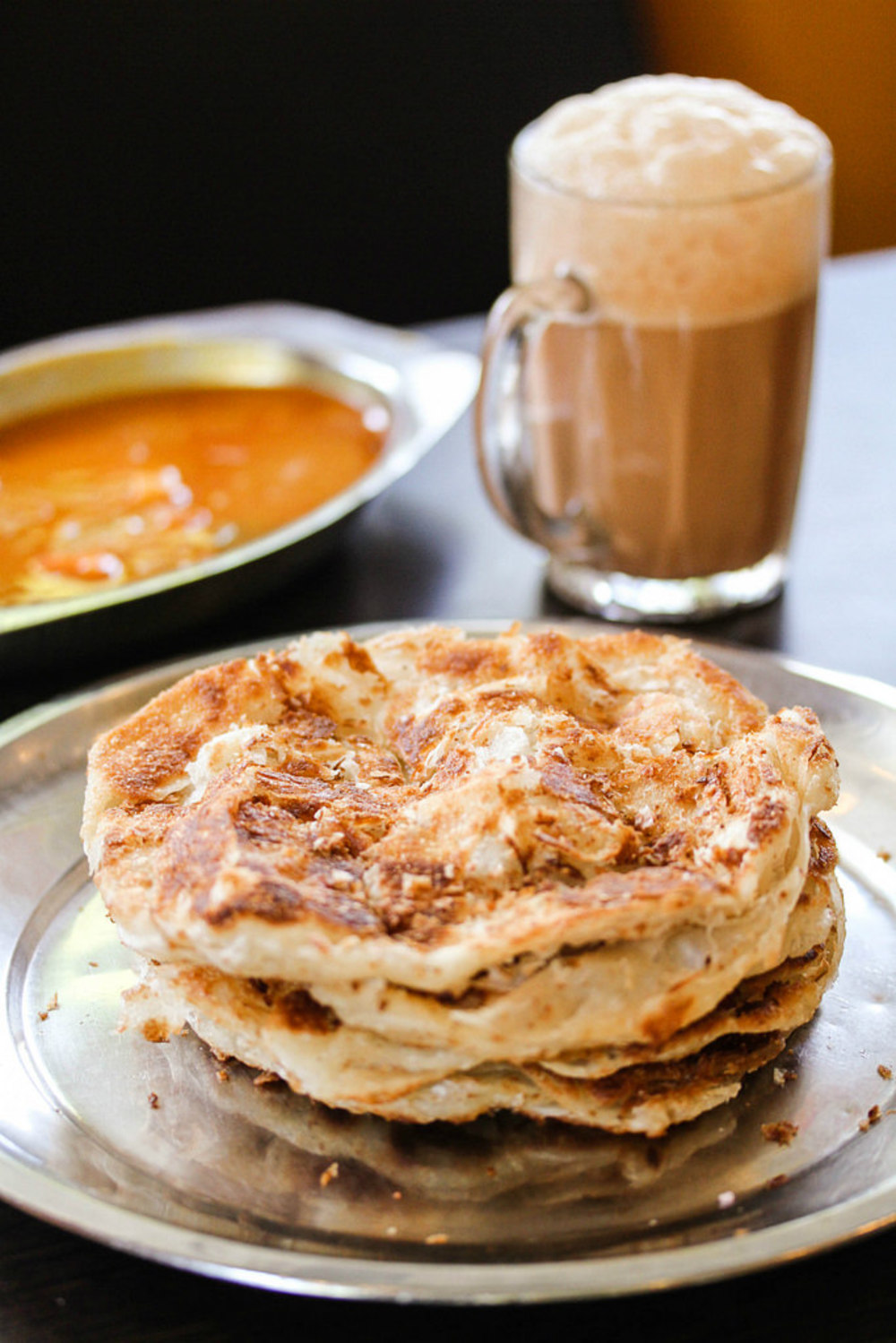 This is a dish that includes a show. Thanks to the large Indian population in Singapore, roti prata has become a national staple. Crispy on the outside and chewy on the inside, this sinfully delicious carb fest is made with stretched dough mixed with a hefty dose of ghee. Walk through any hawker stall and you can hear the very audible sound of roti dough being slapped against counters to give the dough that extra pull. 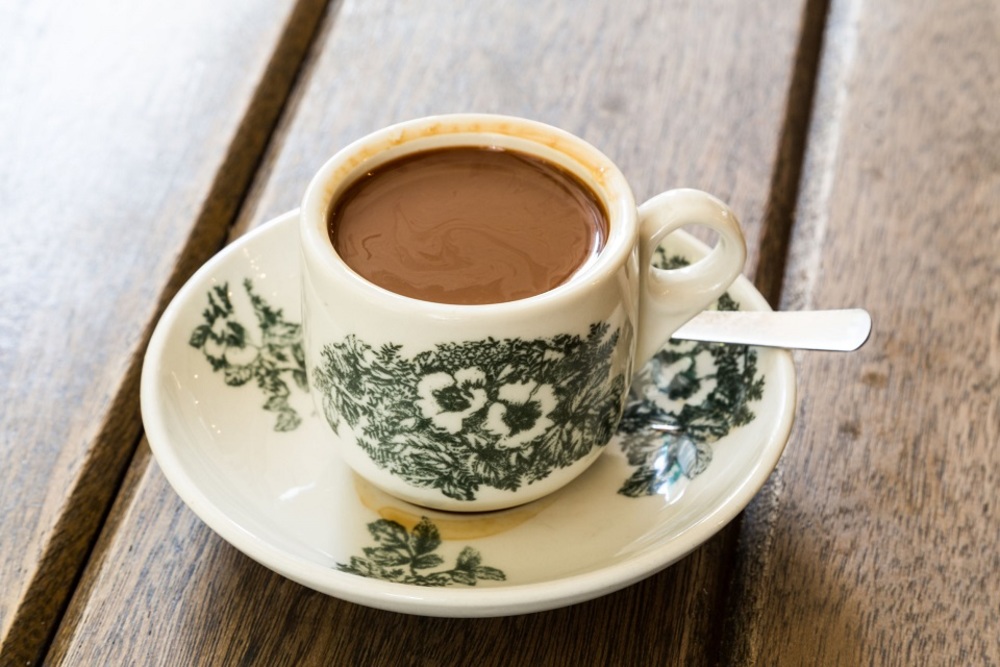 Almost like dessert in a cup, kopi is the preferred caffeine fix in Singapore. Brewed from Robusta beans that are wok-roasted with sugar and margarine, the coffee grounds are then strained through a sock strainer and served with condensed milk and sugar. Again, this wouldn’t help anyone fit into a custom-made haute-couture Givenchy gown. 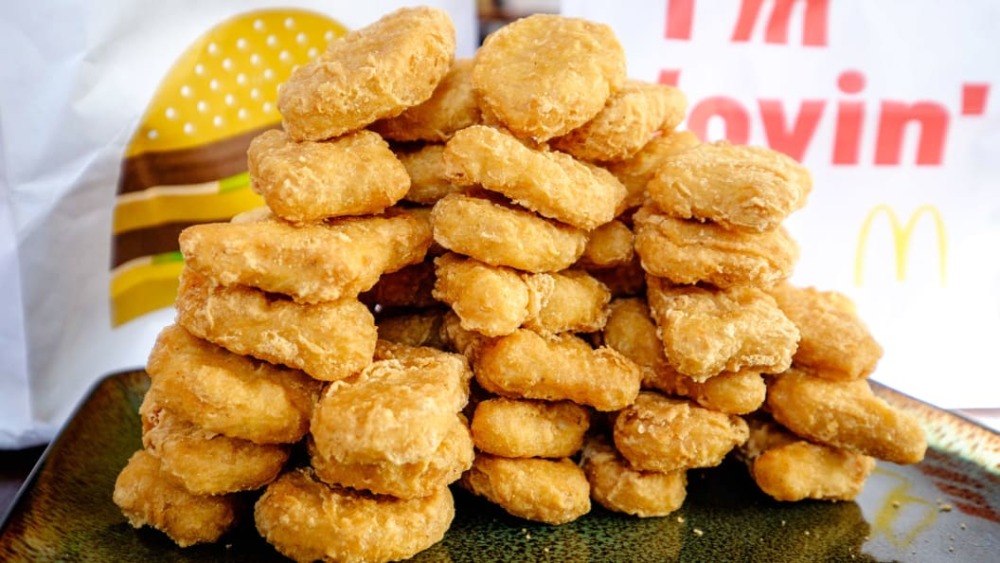 Ken Jeong’s Goh Wye Mun character declared during a “simple lobster lunch” at his flashy Trump-esque mansion, “Eat up! There are children starving in America!” His eerily comical twin daughters then took a stab at the plateful of fast-food chicken nuggets, ironically forgoing all the other decadent (and nutritious) eats on the table. 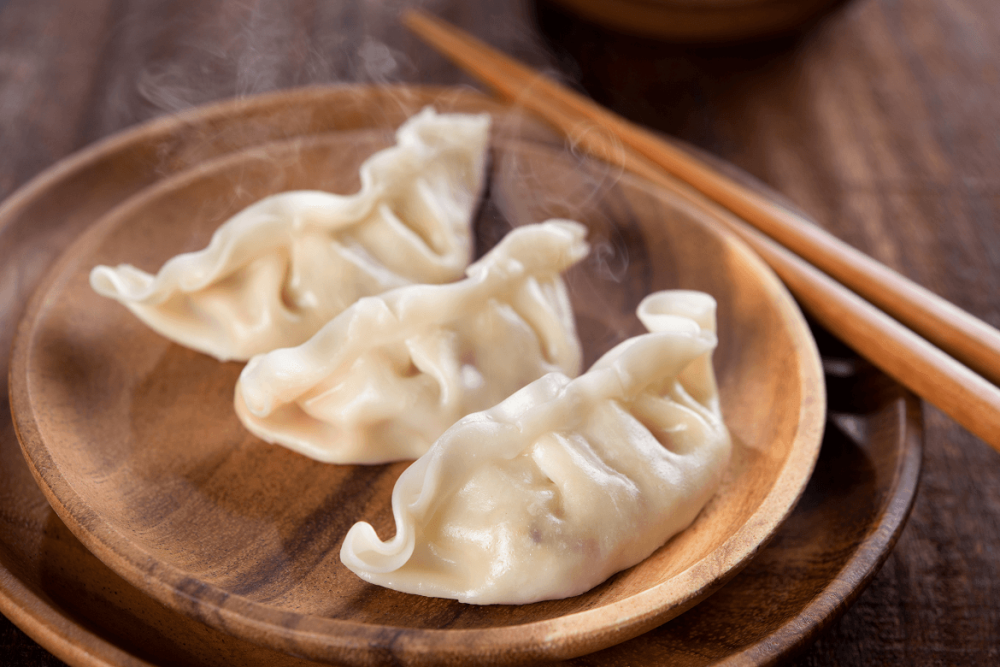 In a nod to traditional Chinese culture, the Youngs show that even tycoons need to put in some hard work to craft humble dumpling for their guests. The dumplings here are steamed, not boiled, and the grandmother (played by veteran actress Lisa Lu) – and matriarch of the family – takes a stab at her daughter-in-law Eleanor Young (played by superstar Michelle Yeoh) for “losing her touch” when it comes to her dumpling making. Seriously, though, we were more focused on the massive emerald rock sandwiched between two diamonds on Mama Young’s finger. That rock could throw anyone off balance when trying to fold a dumpling! 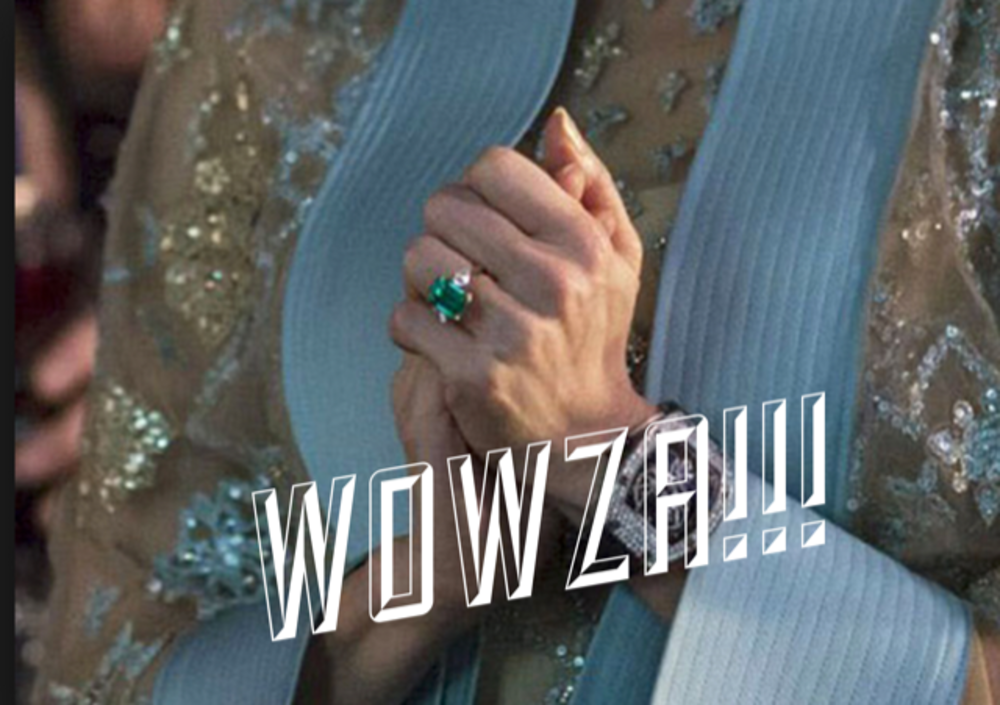