#LivingGrand at the Grand Hyatt Bangkok

Our Editor-at-Large, Celia Hu, recently whisked away to Bangkok for an unforgettable evening of food and pageantry at the Grand Hyatt Erawan.

Grand Hyatt have rolled out a series of “LivingGrand” events throughout the Asia-Pacific region to showcase the hotel group’s bold and dramatic event planning capabilities as well as highlight its award-winning culinary creativity.

The evening commenced with cocktails at the Grand Hyatt’s very unique interactive event space called “The Campus”, where General Manager Gordon Fuller promised “a journey through Thailand without ever leaving the hotel”. 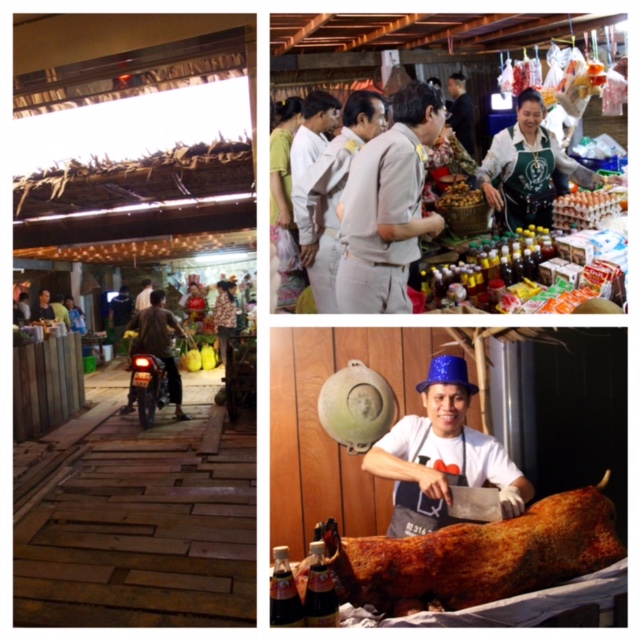 The polite banter was interrupted by the roar of a motorcycle meandering through the crowd. Intrigued, and full of excitement, the small group of international guests followed the motorist through parted curtains and stepped into an authentic Tha Sala Southern Thai market. The glitzy five-star Grand Hyatt was transformed into a local wet market, complete with street vendors hawking live seafood, fresh vegetables and coconuts! Bare lightbulbs and street sounds further enhanced the authenticity of the market, and the floor was even covered in dirt and wood planks! Actors wove through the market as pedestrian shoppers, and we even witnessed a few haggling matches!

Escorted by personal butlers, the guests were then ushered onto the massive balcony overlooking the hotel lobby, and were greeted by a night market characteristic of Central Thailand. Noodle vendors jostled alongside grilled skewer hawkers and sugarcane juicery, with a handful of scrumptious Thai dessert vendors thrown in between. Guests stopped at each vendor and gorged to their hearts contentment. 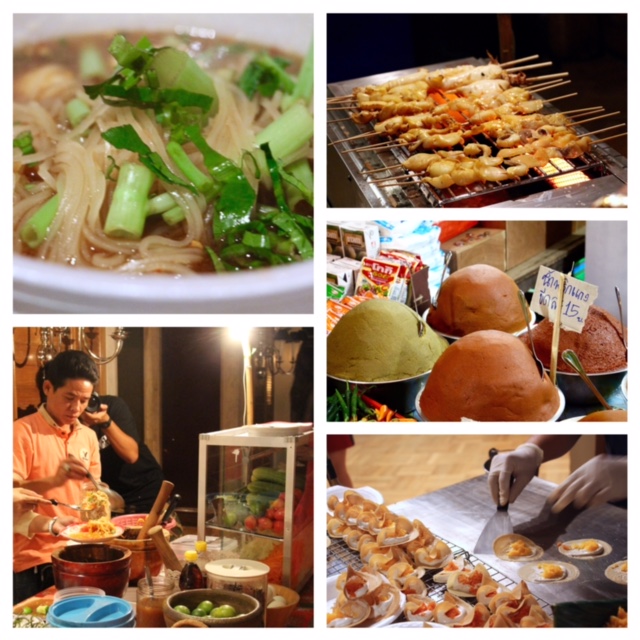 The excited chatter halted as big band music began to play in the hotel lobby, and to everyone’s surprise, the “hotel guests” seated in the lobby each pulled out an instrument and joined in the band. The unexpected chorus was joined by glittery Thai dancers, who twirled in a sea of gold. A honking street vendor cart led guests to a grand staircase made even more beautiful by a hostess adorned completely in orchids. As we entered the lavishly decorated dining room, white-gloved butlers filed out in two rolls in perfect unison. 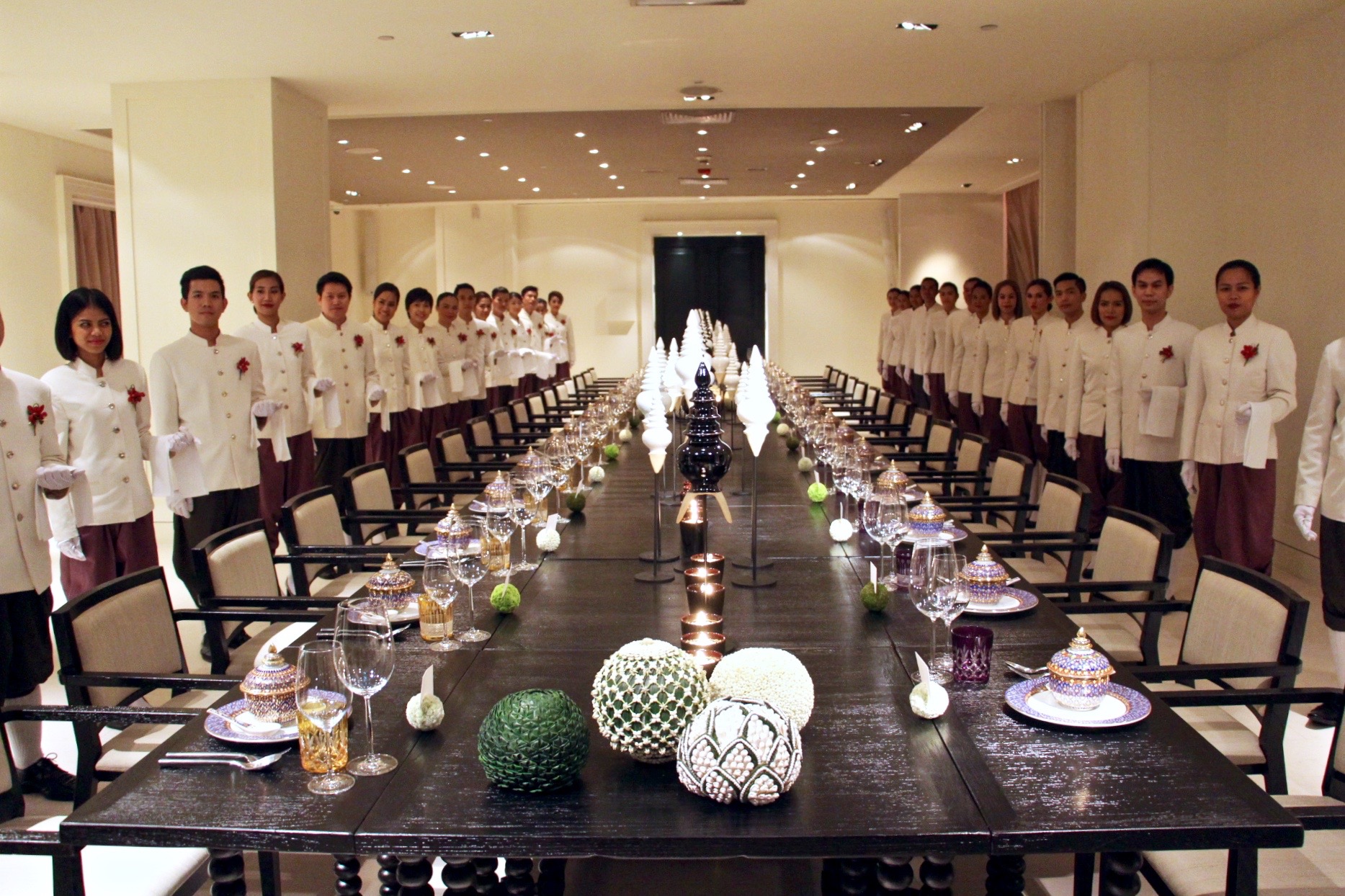 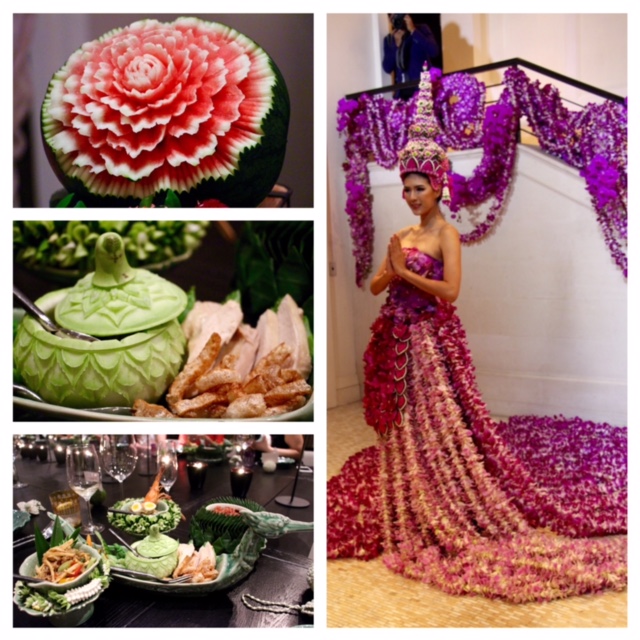 Once seated, masked dancers from the hillside of Royal Chiang Mai revelled the crowd with their intricate, precise movements. Dinner was a decadent affair full of royal Thai delicacies served in beautiful fruit carvings. The highlight of the menu was the perfectly steamed Brittany lobster khao soi, a specialty curry of the northern Thai region. The very memorable gala dinner concluded with a dessert wonderland, with various stalls serving up classics such as Thai milk tea, fresh fruits, grilled bananas and mango sticky rice, but with a modern twist of salted caramel nitrogen ice cream. All this, to the beat of Chiang Mai’s iconic drummers. Truly a gastronomic journey through Thailand, all within the luxuries of a five-star hotel. 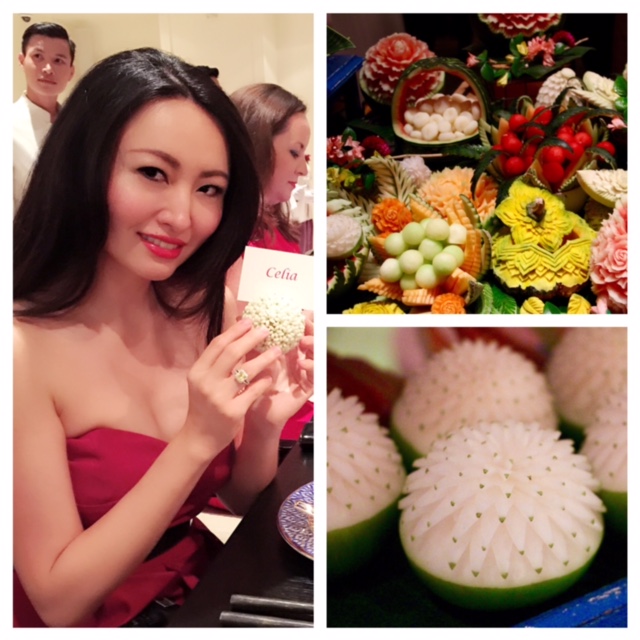 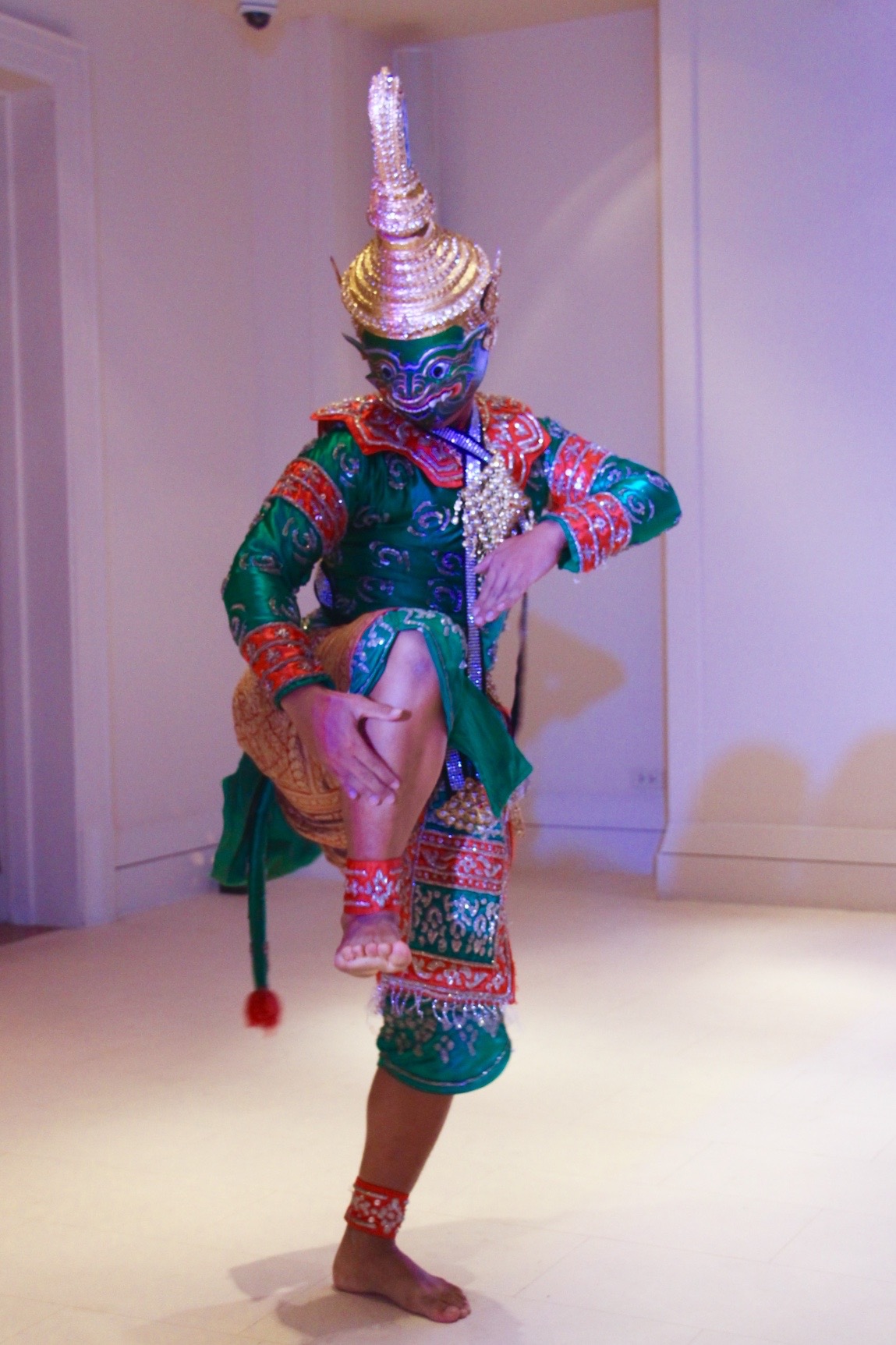 Upcoming #LivingGrand events will be held this November in Melbourne, and later this December in Seoul. A similar celebration is planned for early 2016 following the renovation of Hong Kong’s Grand Hyatt.