What's East, What's West When it Comes to Pork?

Sir Winston Churchill once famously remarked that “Dogs look up to man. Cats look down to man. Pigs look us straight in the eye and see an equal.” The humble pig trotted into man’s world more than 11,000 years ago, with archaeological records showing Central Asia as, most likely, the birthplace of the modern domesticated pig. A flood of retrogression in the 18th century created the standard European pig, a mixed breed between Central Asian domesticated pigs and native wild boars. China, a nation of pork lovers, domesticated its first pigs around 8,000 years ago. China’s Emperor Fo-Hi decreed one of the first books on pig husbandry in 3468 BC. 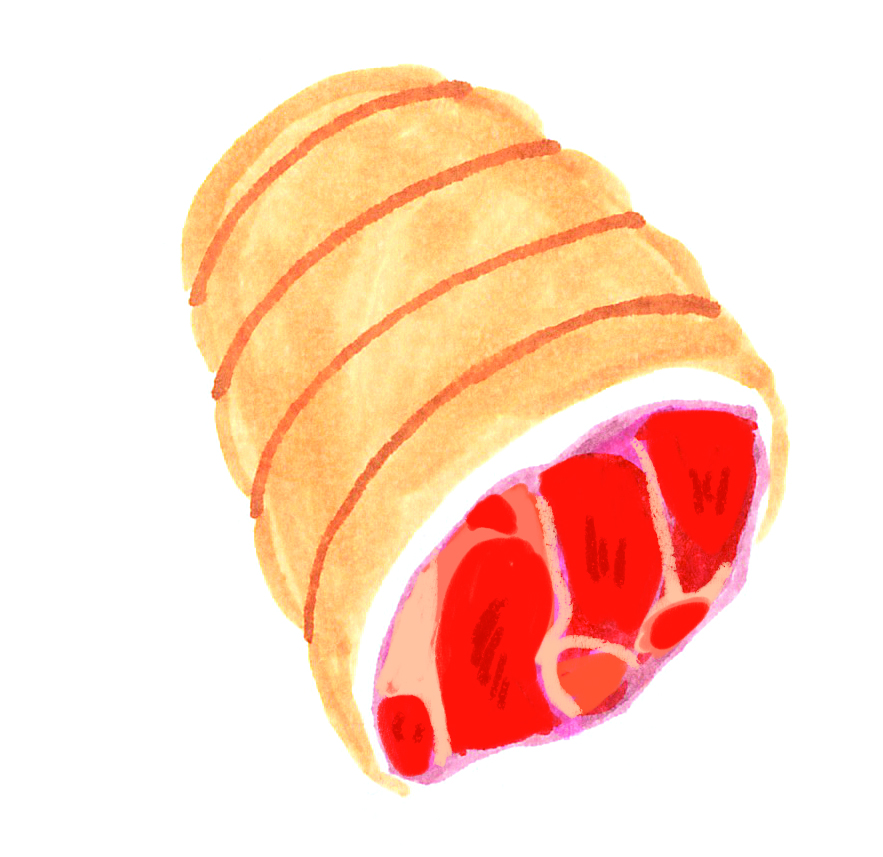 Throughout the ages, the pig has been viewed both as ordinary livestock, and as a semi-holy icon. Deity-like pig imageries can be found on pottery dating back to Mesopotamia, and clay pigs were buried with Chinese emperors to accompany them into the afterlife. Today, pigs make up a key portion of our protein intake and create relatively lower carbon prints when compared to cattle, thanks to their omnivorous diets and lower demand on grazing and living space.

Pork is incredibly versatile, and can be easily adapted into a wide range of dishes spanning diverse cultures. It’s difficult not to indulge in dipping into a bowl of sticky tender pork belly slow-braised for hours, crunching into crispy crackling, or devouring juicy plump dumplings filled with minced pork and cabbage. It is this undeniable deliciousness and versatility that has made pork one of the most important meats in our daily diets. 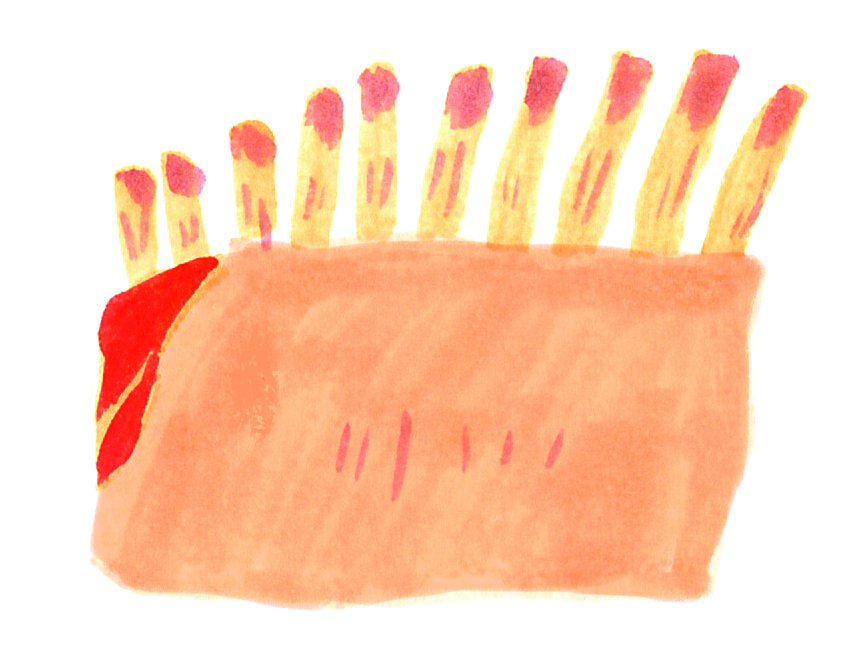 We recently joined renowned British chef Tom Aikens at his new restaurant The Fat Pig, as well as chef Patrick Chan, the Chief Instructor at the Chinese Culinary Institute, to discuss the difference between Western and Chinese culinary interpretations of the pig.

The Brief: The youngest British chef to earn two coveted Michelin stars, Tom Aikens recently expanded his horizon to Hong Kong with The Fat Pig and his revamp of The Pawn.

Does opening a restaurant named The Fat Pig make you a pork lover?

Yes, indeed. Pork is, by far, my favourite meat. It’s an incredibly versatile and adaptable meat, and tastes great in all sorts of dishes and by using all kinds of cooking methods.

Which cuts of pork are your favourites?

I have to say the pork hock is my all time favourite, just because of the flavour and texture that you get from slowly breaking down meat that has a lot of connective tissue. Pork shoulder is also delicious and ideal for roasting because of the marbling.

In beef, sirloin and ribeye are classified as prestige cuts. What would be the equivalent in pork?

Pork loin would probably be considered a prestige cut, probably because you can’t find much of it in a pig. However, I find it quite a boring cut of meat as it doesn’t have much flavour and if you don’t cook it well, can be dry and tough.

Where does the pork used at The Fat Pig come from?

Ninety percent of the pork we use are local, and come from Wah Kee farm in the New Territories. The farm uses minimal antibiotics and no hormones on the pigs. The animals are also cage-free, and the feed is mixed onsite without toxins or pesticides.

What compelled you to open a pork-centric restaurant in a city that really knows its pork? Were you worried that your pork dishes would’t match up to local taste buds?

On my visit to Hong Kong, I really fell in love with the flavour of the pork here and the many ways that pork is used in traditional Cantonese dishes. Although we are a Western restaurant, we have plenty of dishes that resonate local flavours, such as our barbecue pork bun and steamed pork dumplings.

What is the main difference between butchering a pig and cow?

Size is the major difference, as there’s a lot more cuts to beef since the animal is bigger. The joints are larger, and so is the torso, so there’s a lot more fancy terms used when it comes to beef. Pigs are much easier to butcher due to its relative smaller size, although when it comes down to it, both cattle and pigs have the same basic structure. It’s just about following the seams of an animal in order to take it apart.

What are the differences between Western and Chinese styles of pork butchery?

Western butchers tend to age the pork for a week to ten days in order for the meat to relax and intensify in flavour. I haven't seen this approach in Chinese butchers, but from my observations they like to use the pork soon after it's killed and section the cuts very differently than British butchers. The Brief: With over 40 years of experience in the kitchen, Chef Patrick Chan knows a thing or two about the art of Chinese cookery. Prior to his appointment in 2015 as the Chief Instructor at the Chinese Culinary Institute, he was the Head Chef at Zi Yat Heen, a renowned two-starred Michelin Chinese restaurant within the Four Seasons Macau.

What are the main differences between Western and Chinese styles of pork butchery?

One of the key differences is time. Western-style butchery requires “hanging” the butchered animals in a cold room for up to seven days, which allows the natural enzymes to tenderise and enhance the flavour of the meat. Chinese cuisine emphasises freshness, so the pig is processed and cooked as soon as possible. Western butchers will disassemble the pig into various parts before selling, while Chinese butchers will divide the entire pig at the meat stalls, and often, according to the customer’s preference.

In terms of the various cuts, the key difference can be found in size. Western dishes often call for larger cuts of meat, while Chinese dishes require smaller pieces that can be easily eaten with chopsticks.

What are the prized cuts in Chinese cookery?

Although all the various cuts are delicious and well-suited for a range of dishes, the prized cuts will be those that come in small quantities, such as the lean ‘sai see’ bone near the shoulder and the pork shank.

In Chinese cuisine, which cuts of pork are best suited for specific dishes?

Briefly speaking, pork loin, because of its tenderness, is great for steaming, or for making char siu (barbecue pork) and meat patties. Pork belly is fantastic for braising, thanks to the layers of flavourful fat, while the leg and shank, which have less fat, are perfect for soups. The ribs do well in both stews as well as in steamed dishes.

The suckling pig is a cornerstone of Cantonese cuisine, can you share with us the secrets behind the making of this delicious piggy?

A true suckling pig should be between two to six weeks of age at the time of slaughter. The pig is first marinated with a mixture of salt, fermented bean paste (nam yue), shallots and garlic before a quick dip in boiling water to shrink the skin. A concoction of sugar and vinegar is then rubbed onto the skin, and the entire pig is air-dried before being slowly roasted with salt. The belly should be roasted first before the back, and this traditional method requires plenty of time, skill and patience.

How does the Chinese “age” pork?

Although Chinese cuisine is all about freshness, pork can be preserved and its flavour intensified through the process of air-drying. Dried Yunnan ham, cured with natural salts, is a famous and very prestigious ingredient in the Chinese culinary world. Chinese sausage is another staple and adds immense flavour and texture to any dish. A good quality sausage is made up of pork loin with a bit of belly fat.

What types of knives are used in Chinese style butchery?

Three main types of knives are used when it comes to butchery. A slicer for cutting thin pieces of meat, a utility knife for chopping, and a Chinese bone knife for cleaving through bone.

What is your favourite cut of pork?

Personally, I enjoy a healthy diet so I prefer the ‘sai see’ bone, which has less fat.

What are your personal views on Western-style pork butchery?

There is no “best” method to butchering a pig, it all depends on which cutting style suits the demand for a particular dish or cooking style. Western and Chinese methods of animal butchery uses different techniques, but both share a common goal; to show respect and make the best use of each part of the pig. 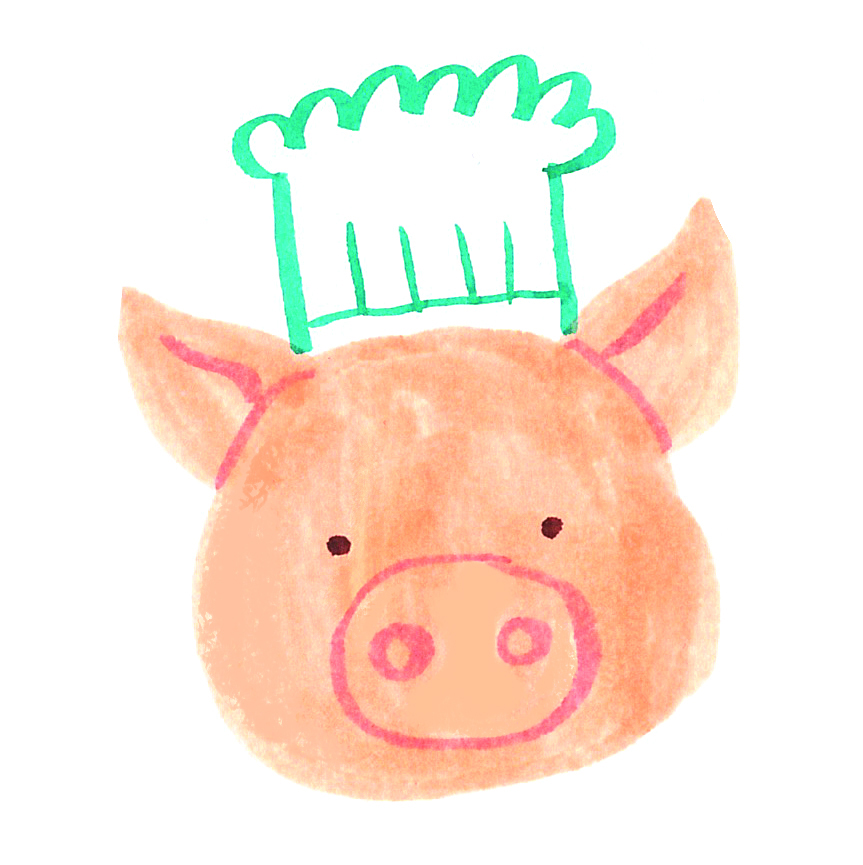