We're suckers for a good steak and potato combo, and Atelier Vivanda has always been our go-to choice for a satisfying meaty fix. Opened by Michelin-starred chef Akrame Benallal, this casual bistro is a sharp contrast to the chef's eponymous fine dining restaurant, Akrame, on the same street in Wanchai.

The head chef hails from the kitchen of Atelier Vivanda Paris, which has been doing a roaring trade since its opening in the City of Lights. The set menu is simple, with a choice of entrée and meat main, accompanied by a green salad, unlimited potato sides and dessert, for the tidy sum of $448.

We recently revisited to sample their new juice pairings with Water Juicery, a raw fruit and vegetable juice brand created by Chef Akrame. For those looking for a healthier option, the fresh juice concept offers a refreshing alternative to classic wine pairings. 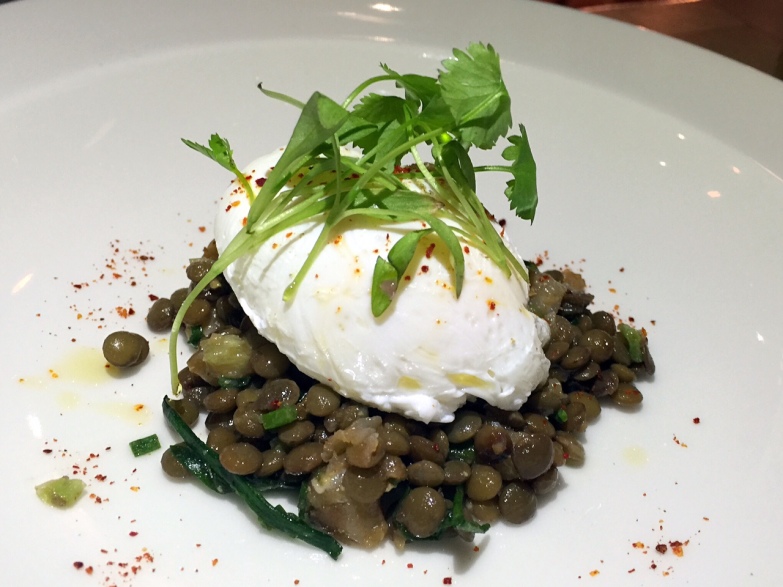 We started our dinner with the lentil salad accented with haddock, which was topped with a perfectly poached egg. It was simple and delicious, with the velvety egg yolk acting as sauce as it oozed through the lentils. 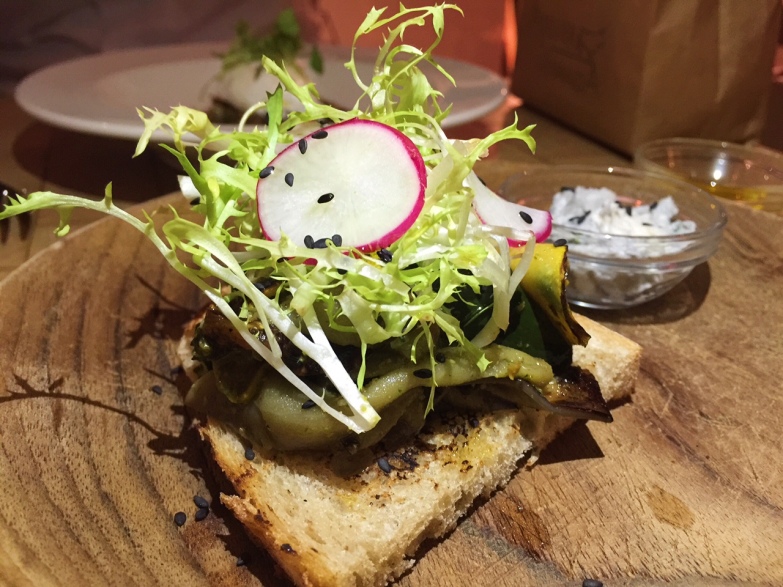 The grilled vegetables on toast were laced with goat's cheese and a generous swig of olive oil, making the meaty aubergine hearty and satisfying enough to battle any carnivorous entrée. As a juice pairing, we sipped on C-Green ($65), a revitalising blend of parsley, spinach, kale and apple. Served, funnily enough, in wine glasses, the green juice had a strong, grassy nose but tasted distinctly like sweet apple. 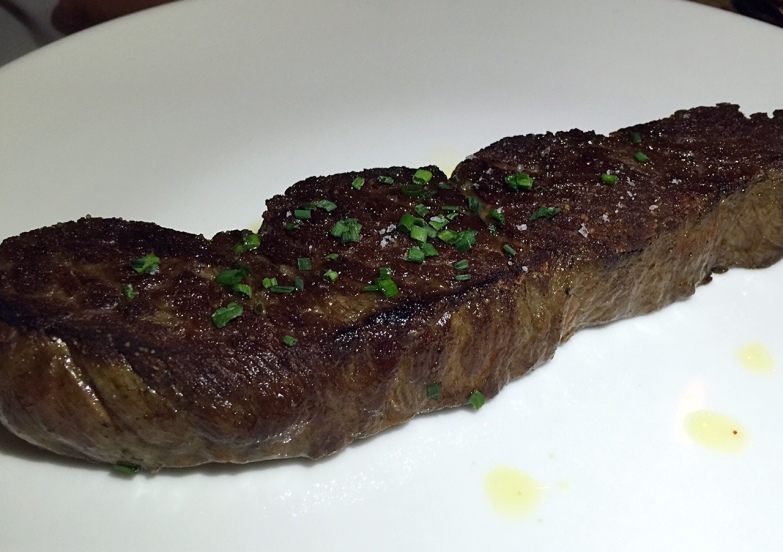 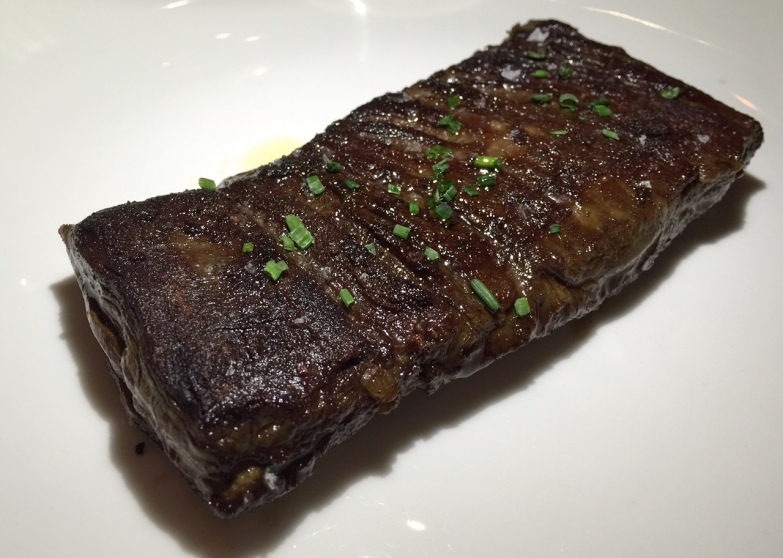 We couldn't resist going for beef, although the meat section of the menu also offers duck, pork and fish. The Black Angus persillé was the leanest cut on the menu and had a hearty, gamy flavour. For a contrast, we also ordered the fattier Black Angus flank, which was deliciously juicy and flavourful. In terms of texture and flavour, we preferred the flank over the leaner persillé. Priced at $248 each on the à la carte menu, we definitely suggest getting the set menu to get more bang for your buck. Our waiter paired the steaks with a robust red...juice, that is. Whimsically named Madame Carrot ($58), the hearty blend of carrot, apple, orange, beetroot and pineapple really stood up to the bold flavours of the steaks.

What's steak without potatoes? The set menu comes with unlimited potato sides, so we gorged ourselves silly with mashed potato, pommes dauphine and pommes galette. The steaks also came with a refillable side of crisp greens. We've had the pommes dauphine on numerous occasions at Atelier Vivanda and found it quite dense and bland. However, the newly improved version was dangerously addictive, crispy on the outside and delicately fluffy on the inside, almost instantly melting away on the tongue. The mashed potato was incredibly creamy and silky, and the pommes galette was like a hash-brown sandwich with melted mozzarella in the middle. 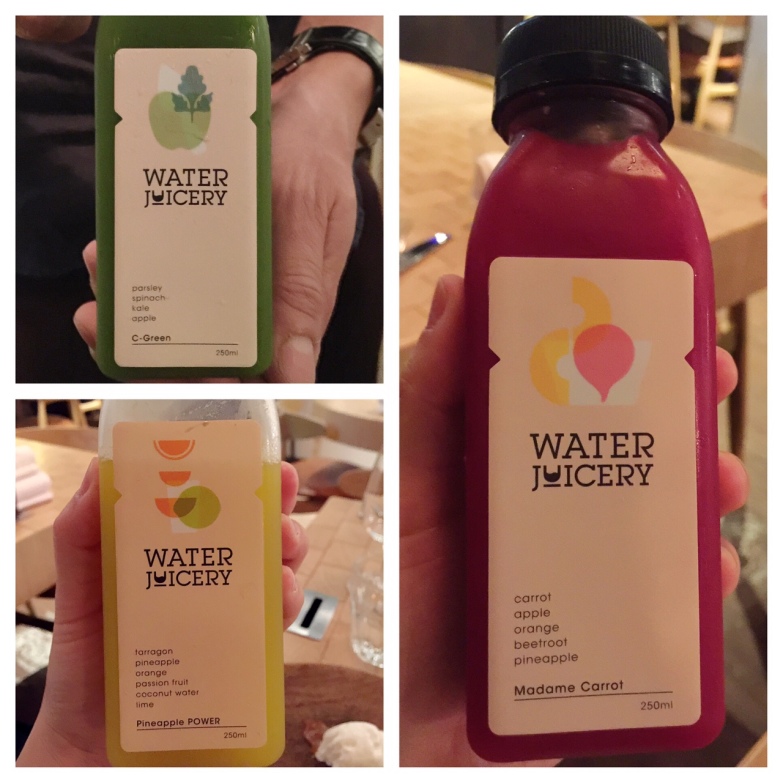 To cap off our dessert, we sipped on the ever-popular Pineapple Power ($70), a zingy blend of tarragon, pineapple, orange, passion fruit, coconut water and lime. The tarragon was a fantastic palate cleanser that instantly uplifted our taste buds. 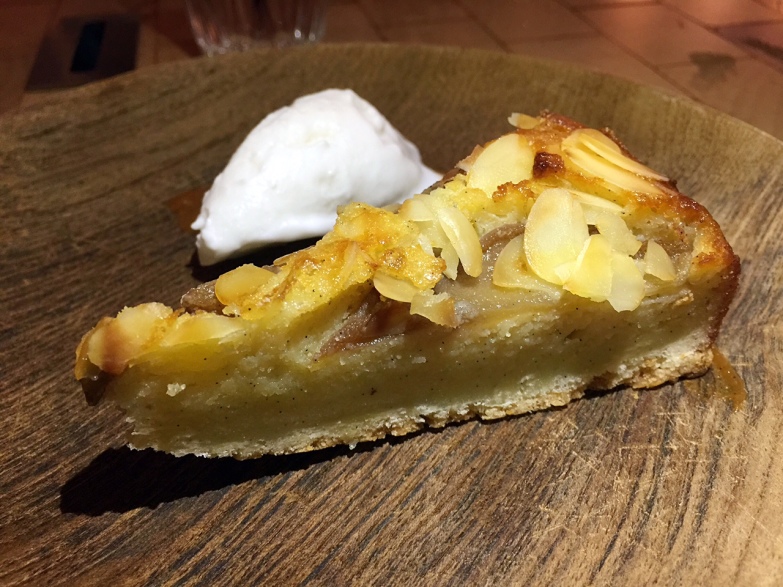 Dessert was the April menu special, a pear tart with almond filling. The tart was subtly sweet, without the overwhelming fragrance of marzipan. We also enjoyed the creamy coconut sorbet that came on the side.

The juice pairing menu at Atelier Vivanda is an interesting take on classic wine pairings. It's one to consider for those who can't have alcohol or are looking for a lighter, more healthful approach to a meat and potatoes kind of night.

This write-up is based on a complimentary media tasting provided in exchange for an honest review and no monetary compensation.
review