A permanent resident on the list of the world’s most desirable places to live, Vancouver, as the skyrocketing real estate prices will tell you, has never been short of admirers. Its allure lies not only in its pristine natural beauty, or in the fact that one can golf, sail and snowboard all in the same day, but in the relaxed rhythm of a city that is both down-to-earth and sophisticated. The food scene here aims to impress and surprise with authentic, refined menus that stay true to local produce yet that capture enough innovation to please even the most well heeled and well travelled of foodies. Join us as we spend some time soaking up the best of this sparkling city by the sea.

Modern Belgian restaurant Chambar is perhaps what started the refined yet informal dining movement in Vancouver. Many of the city’s most revered chefs have honed their skills under the watchful eyes of Chef Nico Schuermans. In addition to frosty glasses of Belgian beer and buckets of mussels, the lamb tagine, which has been on the menu since day one, is a must-have. Chef Schuermans fell in love with the rainbow spices of Morocco early in his career and has since flawlessly blended the flavours into his European repertoire. 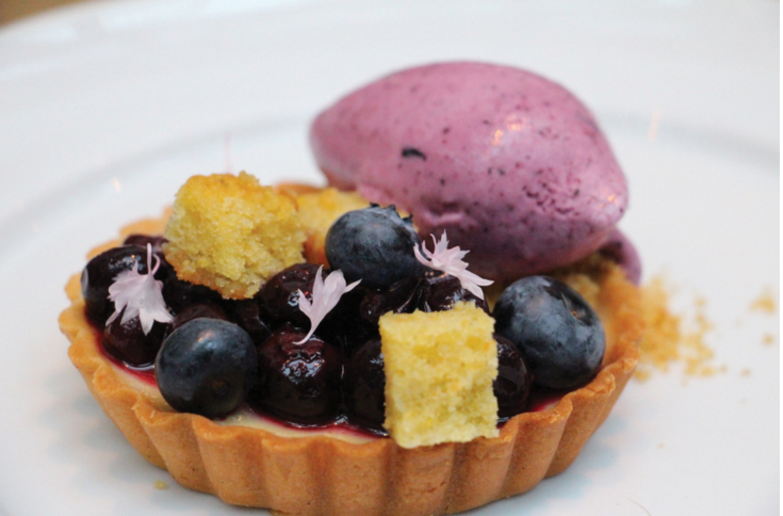 The headliner for the dining scene in historic Gastown, L’Abattoir sets the bar for refined yet unpretentious West Coast fare. Located on the site of Vancouver’s first jail, and sandwiched between Gaoler’s Mews and sinister-sounding Blood Alley, L’Abattoir is built on a colourful history further embellished by its imaginative menu. The duck glazed with long-pepper honey on a bed of blood-red beetroot was divine, and we still dream of the halibut poached in olive oil, dressed with lobster, mushroom and oyster emulsion.

Savio Volpe is tucked away in an obscure neighbourhood yet its siren song lures all the cool kids to pack it to the brim. Heralded as a “neighbourhood Italian osteria”, the reality couldn’t be further removed. This is one of the hottest tickets in town and scoring a table requires plenty of flexibility (only have seats at 5pm? We’ll take them!). The three owners come from a pedigreed assortment of fine restaurants, spanning from Lumière, to Chambar, to CinCin. You’d be foolish not to try their freshly made pasta – or leave it to the chef to feed you with their ever-changing “family menu”, full of delicious surprises. 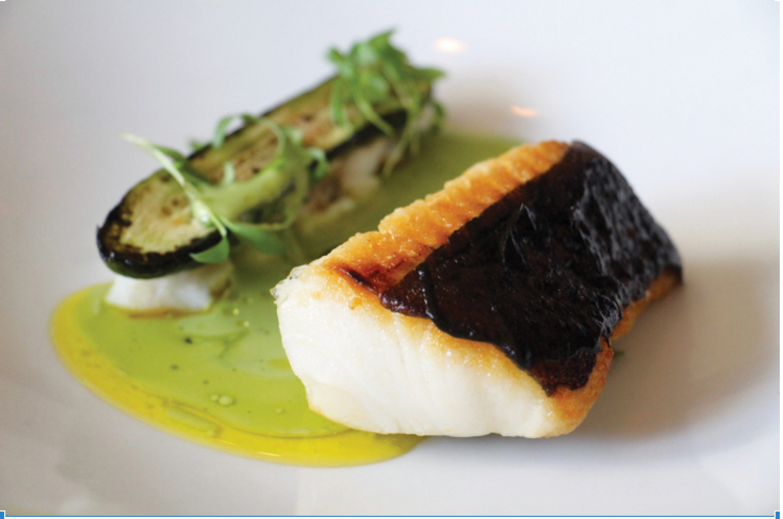 Before you roll your eyes at another restaurant that proclaims buzzwords “farm to table”, “nose to tail” and “root to stem”, take a bite at Mission and this hipster hoo-ha might be forgiven. The passion project of chef-owner Curtis Luk, who starred in Top Chef Canada, the eatery has been quietly gaining a loyal following thanks to its cleverly composed dishes that adhere to a minimal-waste ethos. Buttery, fat flakes of sablefish that melt into cool cucumber foam and tender seared octopus accented with tarragon chips are just some of our favourites.

Good taste never goes out of style, and this is precisely what we thought as we indulged in a quintessential French fine dining experience at Le Crocodile. Founded by Chef Michel Jacob more than 30 years ago, Le Crocodile is synonymous with refined quality and service. Ask any Vancouverite what the pinnacle of French cooking is and Le Crocodile will instantly come to mind. We couldn’t resist the pan-seared veal sweetbreads with porcini or the garlic-sautéed frogs’ legs in a tomato fondant sauce. A classic combination of French technique and West Coast cuisine, the grilled sablefish in a sweet pea velouté was divine.

Brushed gold, soft muted pinks and beiges and an abundance of natural light define the airy ambience at Botanist. Located at the Fairmont Pacific Rim hotel, the showpiece restaurant is the newest brainchild of Chef Hector Laguna from critically acclaimed Hawksworth. There’s a cocktail bar and “lab”, an outdoor terrace garden, a champagne lounge and a glass space filled with 50 different types of rare plants – just in case you need even more enticement beyond a menu packed with the culinary bounties of the Pacific Northwest. 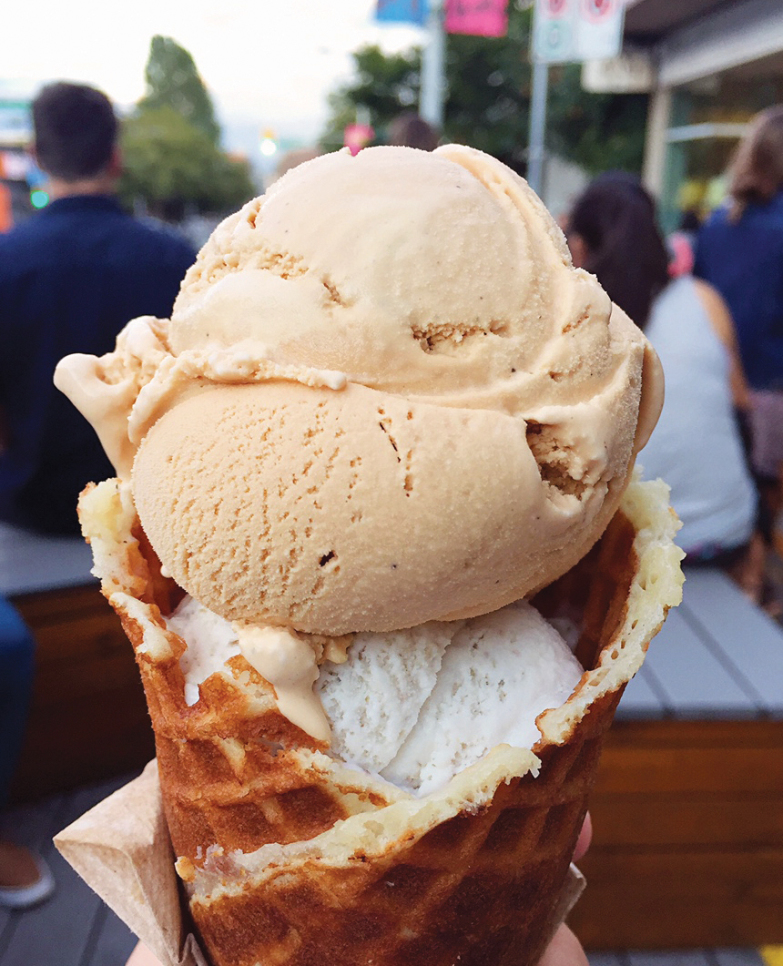 Vancouver is a front runner in the artisanal ice cream movement, and two establishments we adore are Rain or Shine and Earnest Ice Cream. Lick up their quirky seasonal flavours such as roasted strawberry and apricot ale.

Check out Steveston Pizza Co, situated in a quaint seaside town just off the pier. Must-haves include their seafood pizzas, packed with jumbo tiger prawns, crab and salmon straight from the incoming fishing boats.

Thanks to the massive Chinese population, Vancouver has some of the best Chinese food around. Some of usual suspects are Sun Sui Wah for their steamed garlic-topped Alaskan king crab, Kirin Restaurant for dim sum and Dynasty Seafood Restaurant for more out-of-the-box Chinese cuisine.

Tacofino started slinging tacos out of a food truck in surf town Tofino some 20 years ago and has since achieved cult status. The original truck is still there, but expect at least an hour’s wait for a taste of their iconic fish tacos. Bypass the queue at the Vancouver location in Gastown, where Michelin-starred chef Stefan Hartmann has added some star power to the team.