A resort that melds seamlessly with nature

I woke up to the sound of pouring rain. I sat up in bed and gazed around the huge wooden cabin that was my room and once again tried to process the still rather unfathomable fact that the rainforest villa I was staying in, as it was named, was nestled on top of a slope overlooking a ten-million-year-old rainforest. Not so far away too, about ten minutes' walk away, was a white sandy shore that extended out to the vast Strait of Malacca. 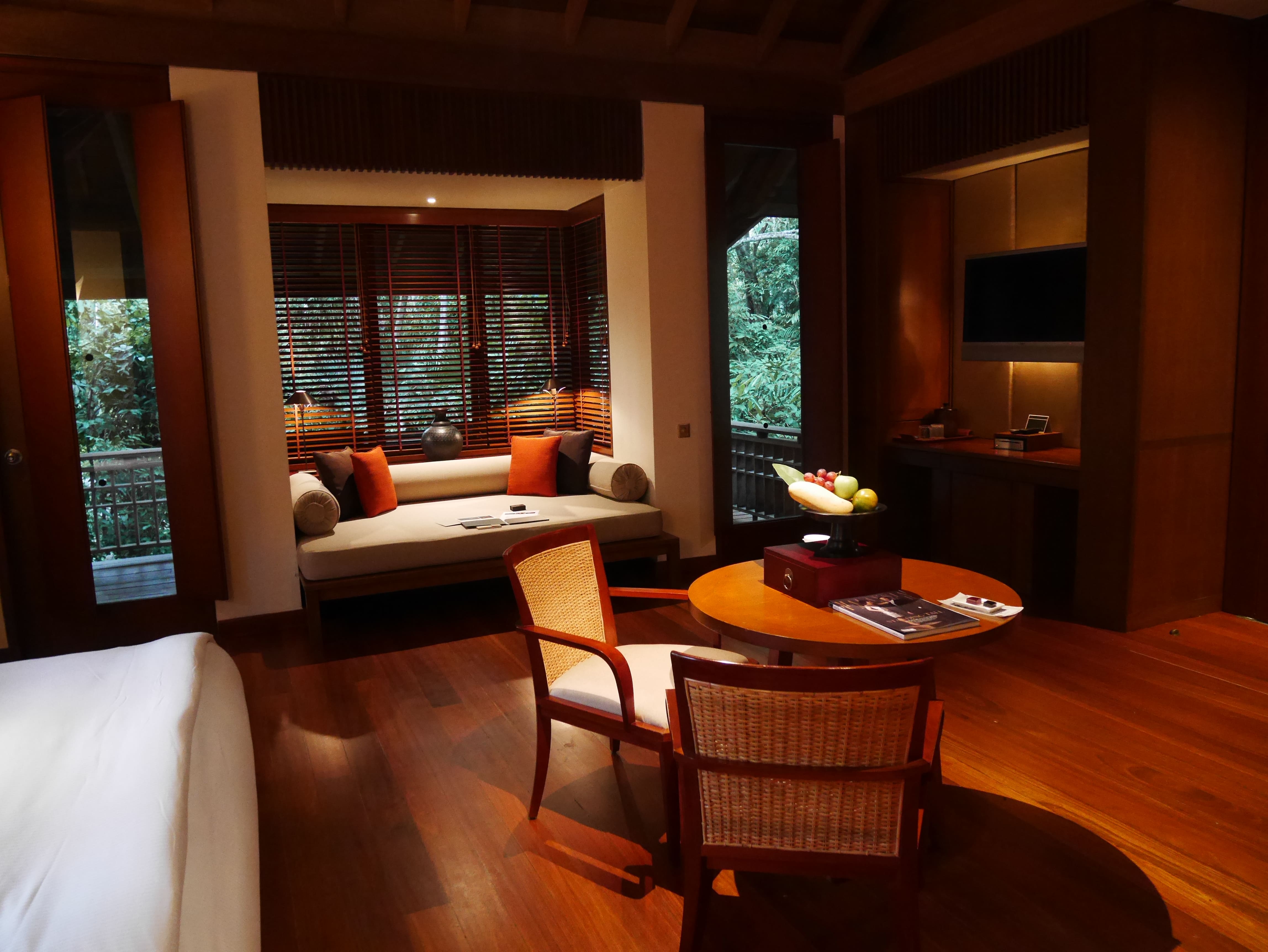 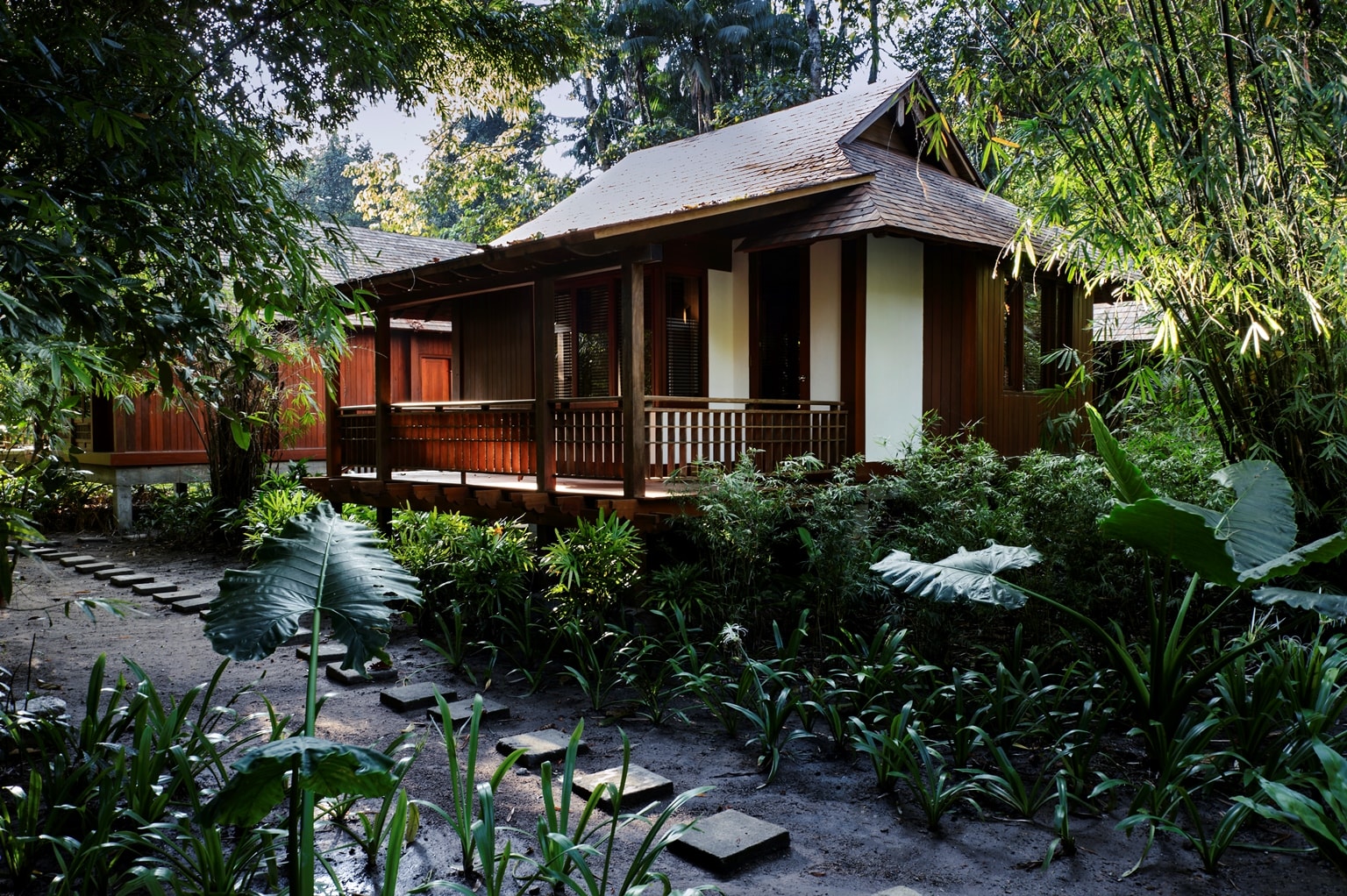 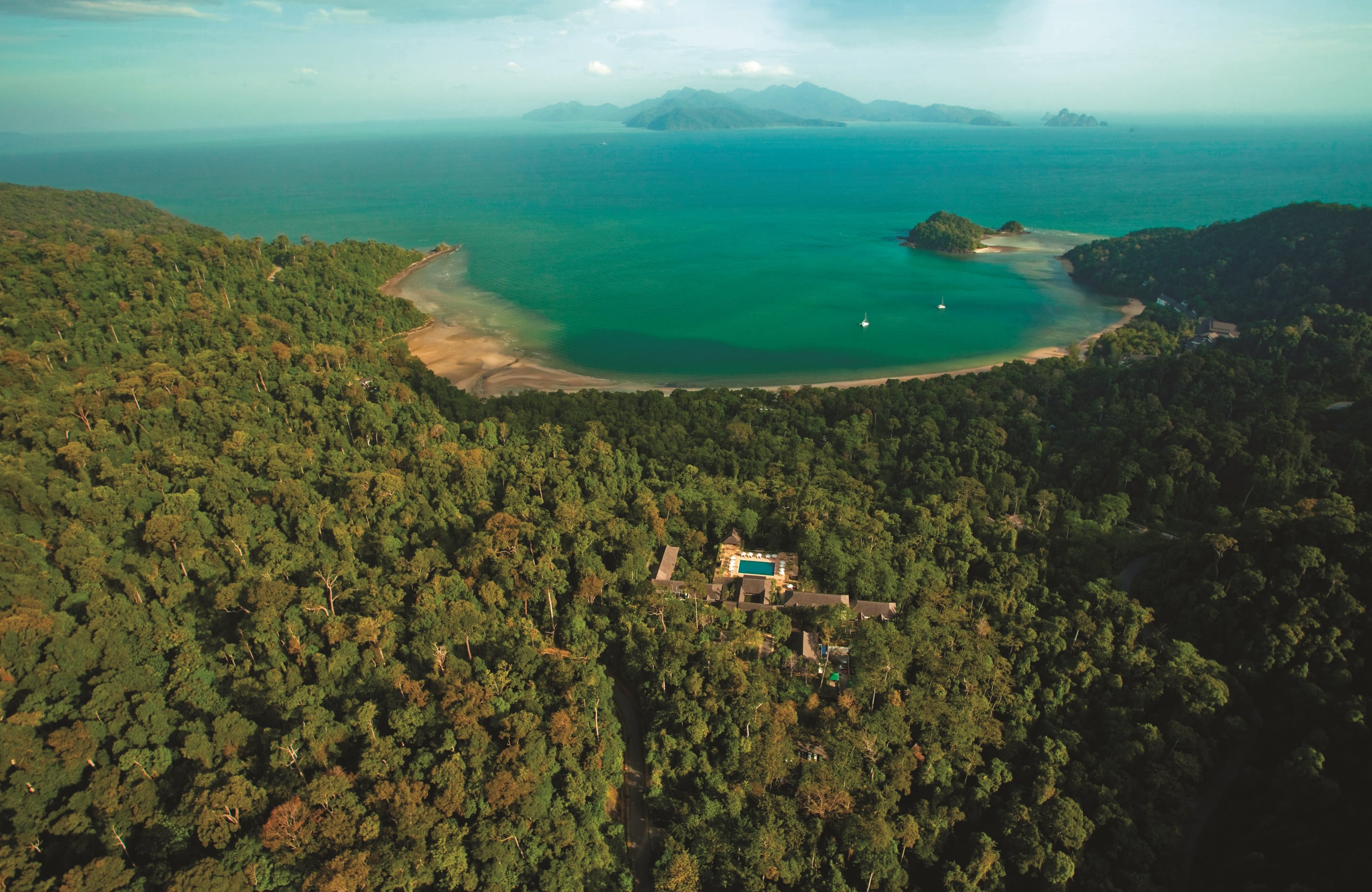 The Datai Langkawi is a resort tucked in the north-west corner of Langkawi, Malaysia. The idea of owner and architect Kerry Hill was to build a resort that melds seamlessly with nature. Instead of having a single large complex, the resort has a limited-size main building, while its 40 individual villas are spread across the extensive grounds, with buggies whisking guests around the vast 750-hectare estate. 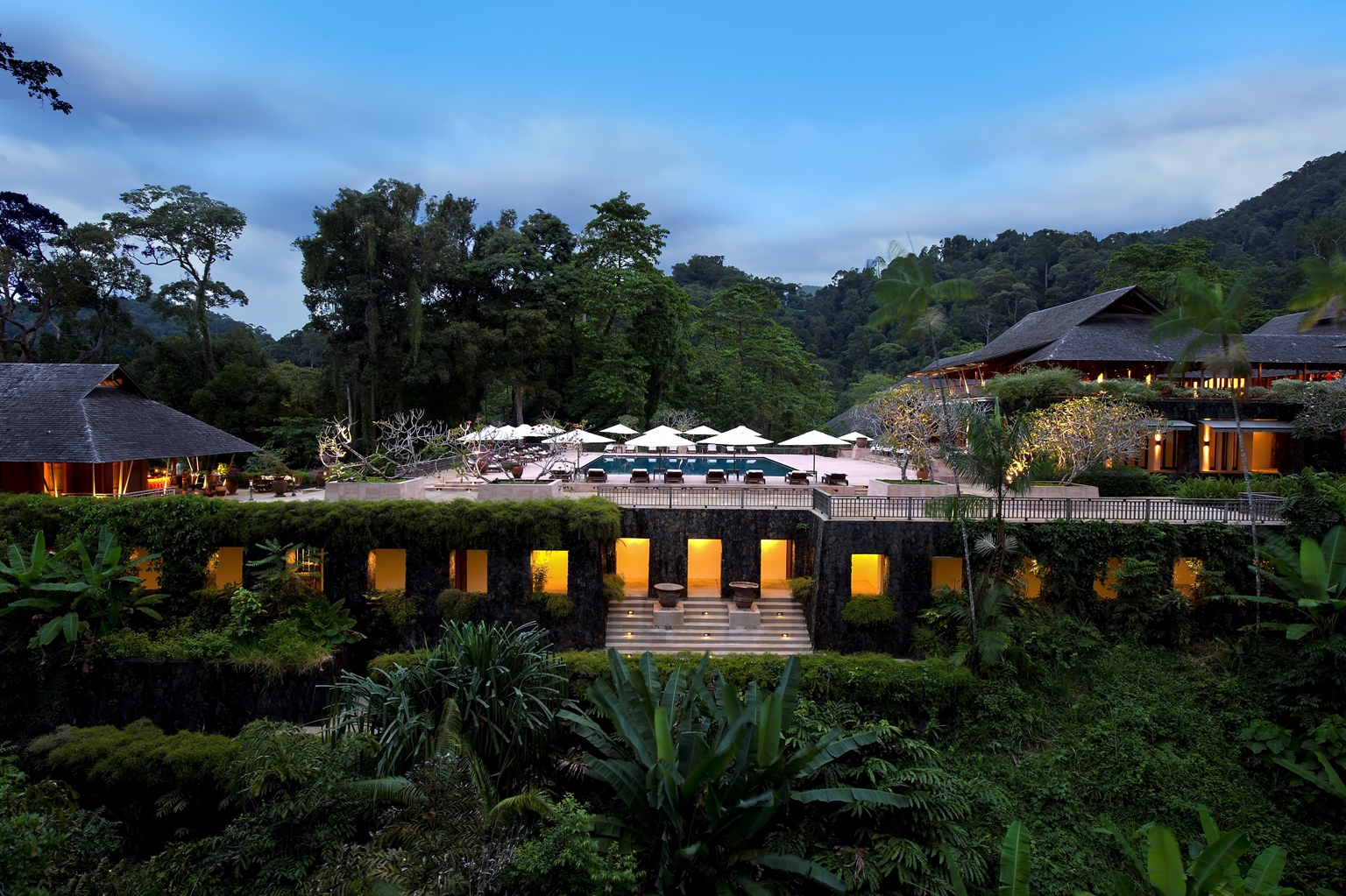 The rain died down soon after, as it apparently does every day (Langkawi is a blessed place, it seems), and I happily headed off for a much-anticipated breakfast at The Dining Room.

A versatile venue, The Dining Room transforms from a casual breakfast place to a fine-dining setting at night. I don’t know how they work their magic, but you feel like you’re at a completely different restaurant in the day and at night, with the only overlapping feature being the large open-air pool with its smooth, glistening blue surface that reflects the sunlight during the day and the moonlight at night. 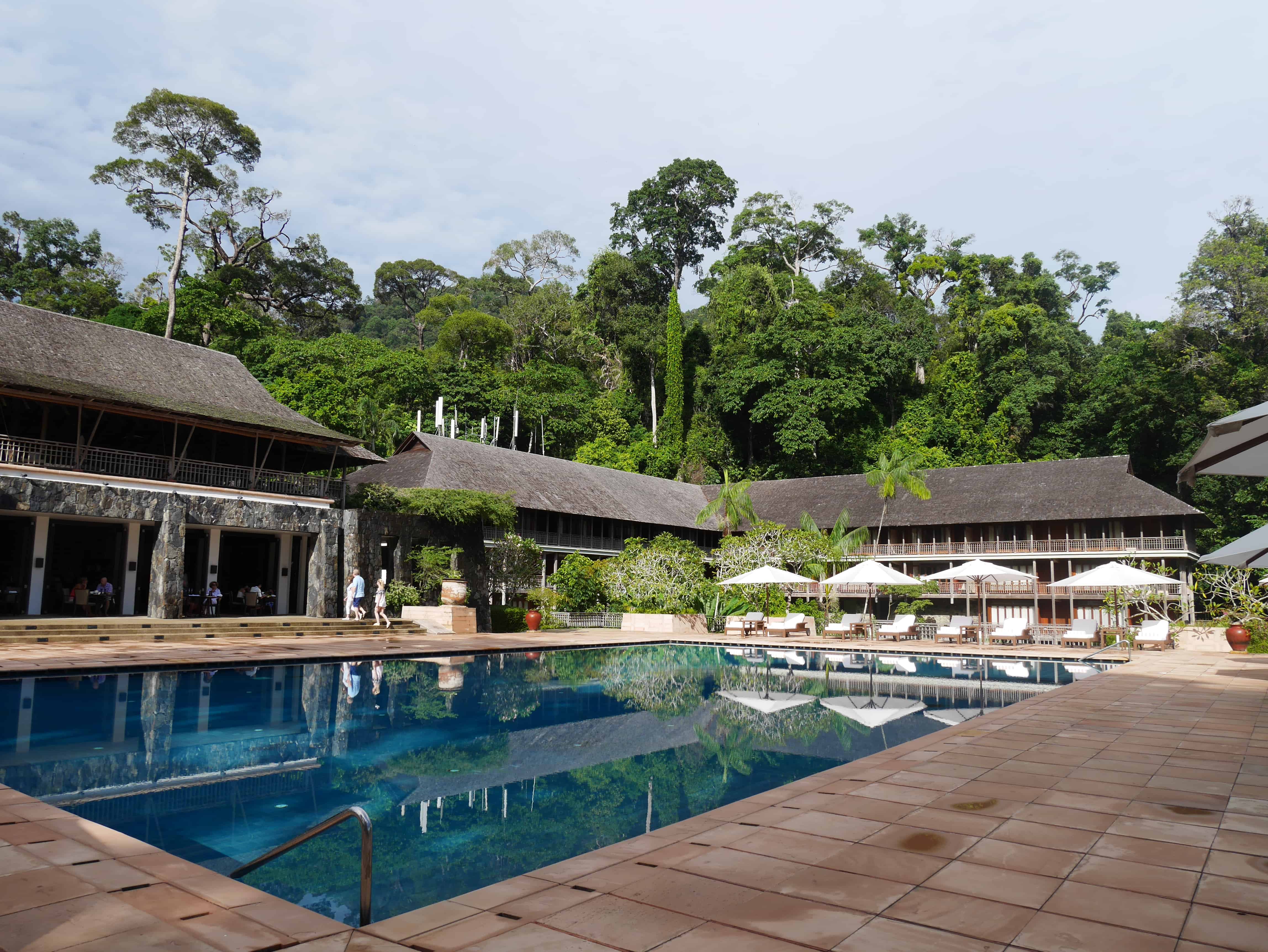 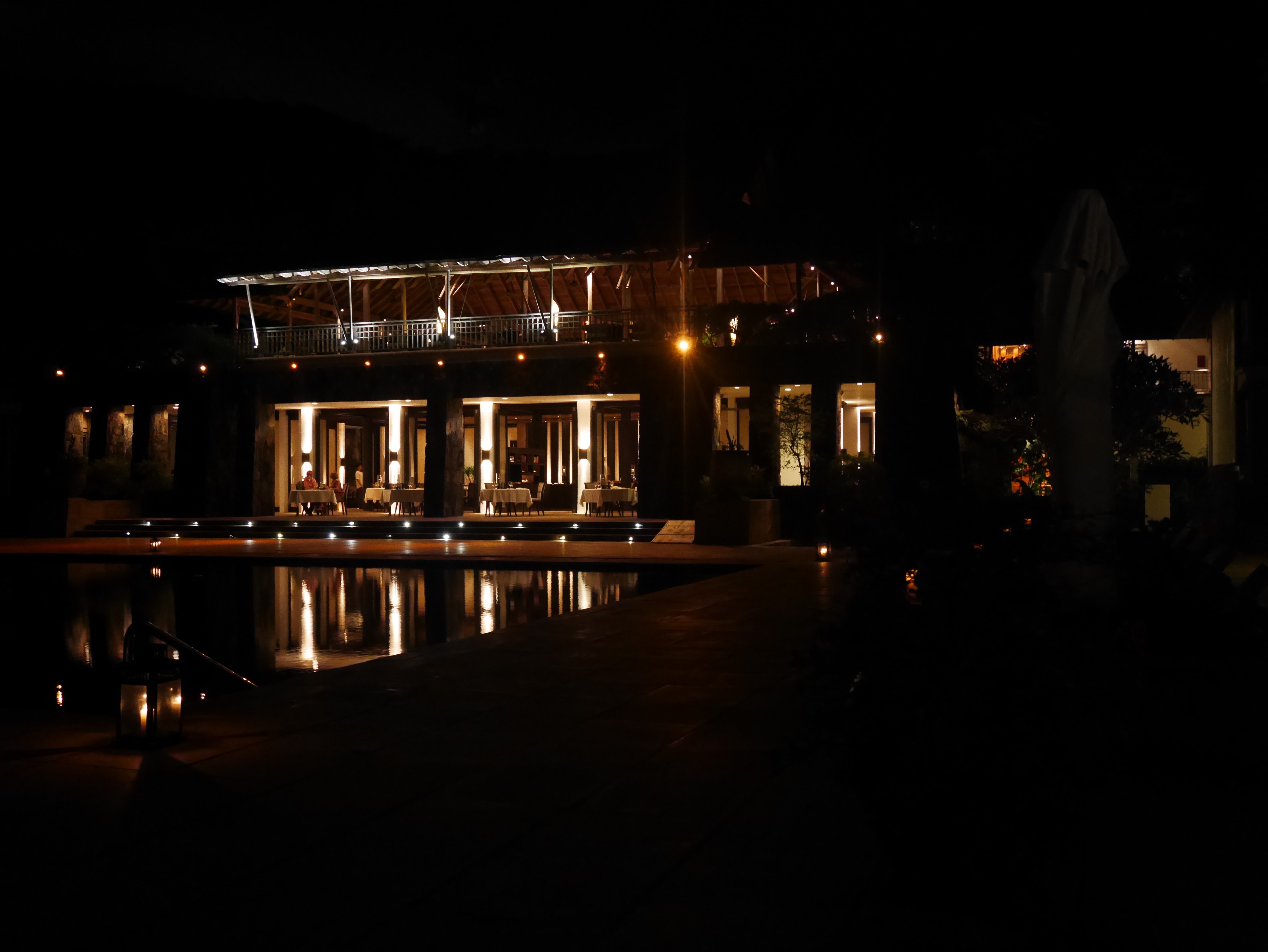 The buffet breakfast at The Dining Room isn’t particularly extensive, but it’s good and it’s refined. There’s the typical breakfast spread of freshly baked pastries, fruits and yoghurts. There are also Malaysian delights like nasi goreng and curries of all sorts. But the highlight comes in its separate special menu for items made to order, which raises the relatively ordinary buffet options to gourmet heights. The French toast with truffle butter, in particular, was a delight. Airy and eggy French toast paired with an incredibly aromatic truffle butter is hard to resist. 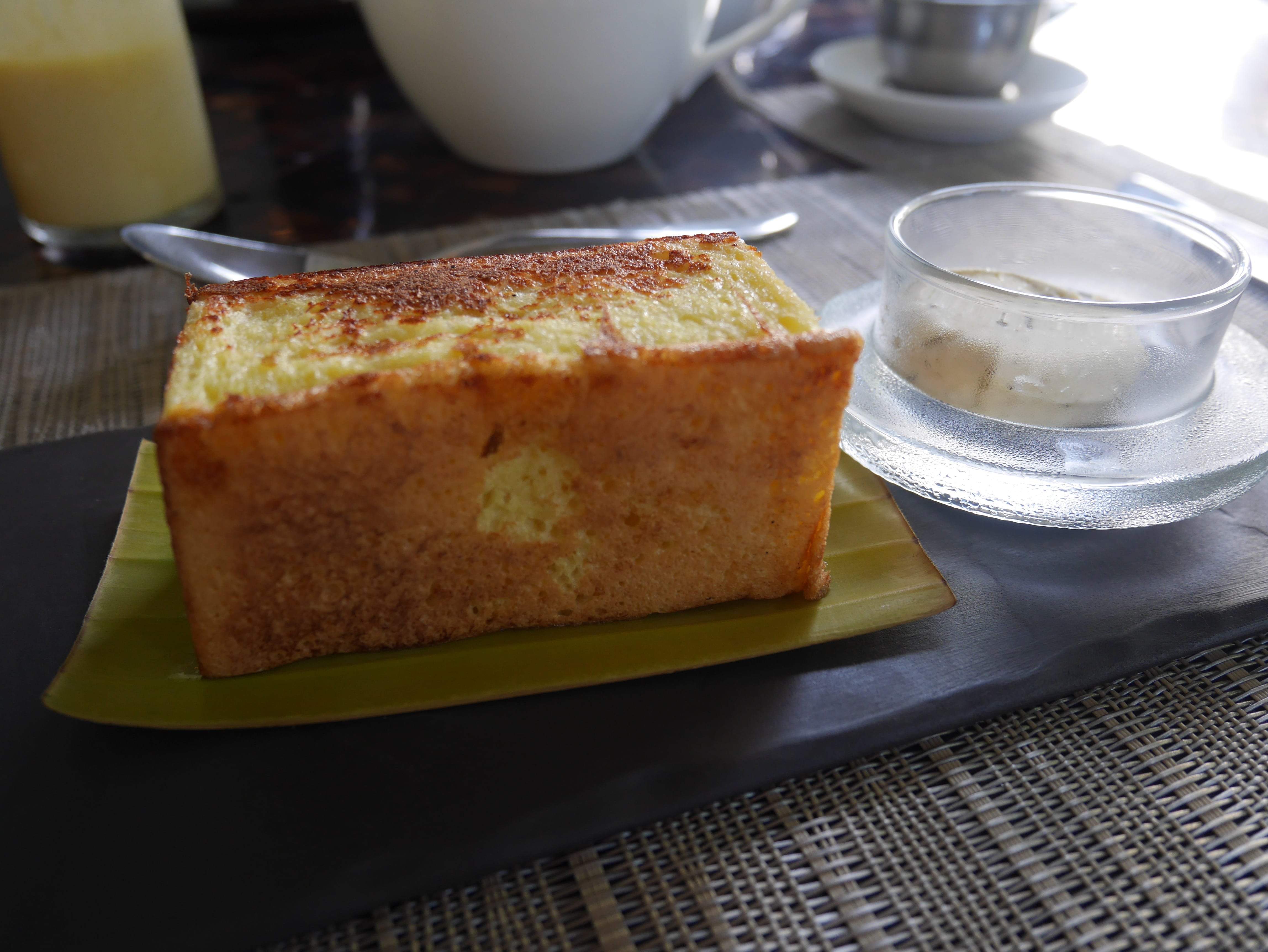 Invigorated and energised, I headed for what was a beautiful vision made real as a city-dweller, the rainforest nature walk. Through lush greenery and the chirp of birds, we trekked across parts of the resort and lightly into the woods, headed by resident naturalist Irshad MobarakI. We were educated on the intricate nature of the strangler fig, a plant species that thrives on the deterioration and eventual death of its host. We were also told about the fight between the different departments of the Datai team for their homegrown mangoes and the call for help amongst squirrels when they sense danger. It wasn’t so much Irshad’s wealth of knowledge about absolutely every plant and animal in the forest that impressed me but his ability to eloquently tie science, politics and philosophy together with an intellectual appreciation of natural order that made this tour a highlight of the resort.

Lunch was at the extremely leisurely The Beach Club, a casual restaurant perched right beside the beach with a direct sea view. From chicken tandoori to sushi and seafood linguine, there are items on the menu that suit every palate, and all of them are very well executed. 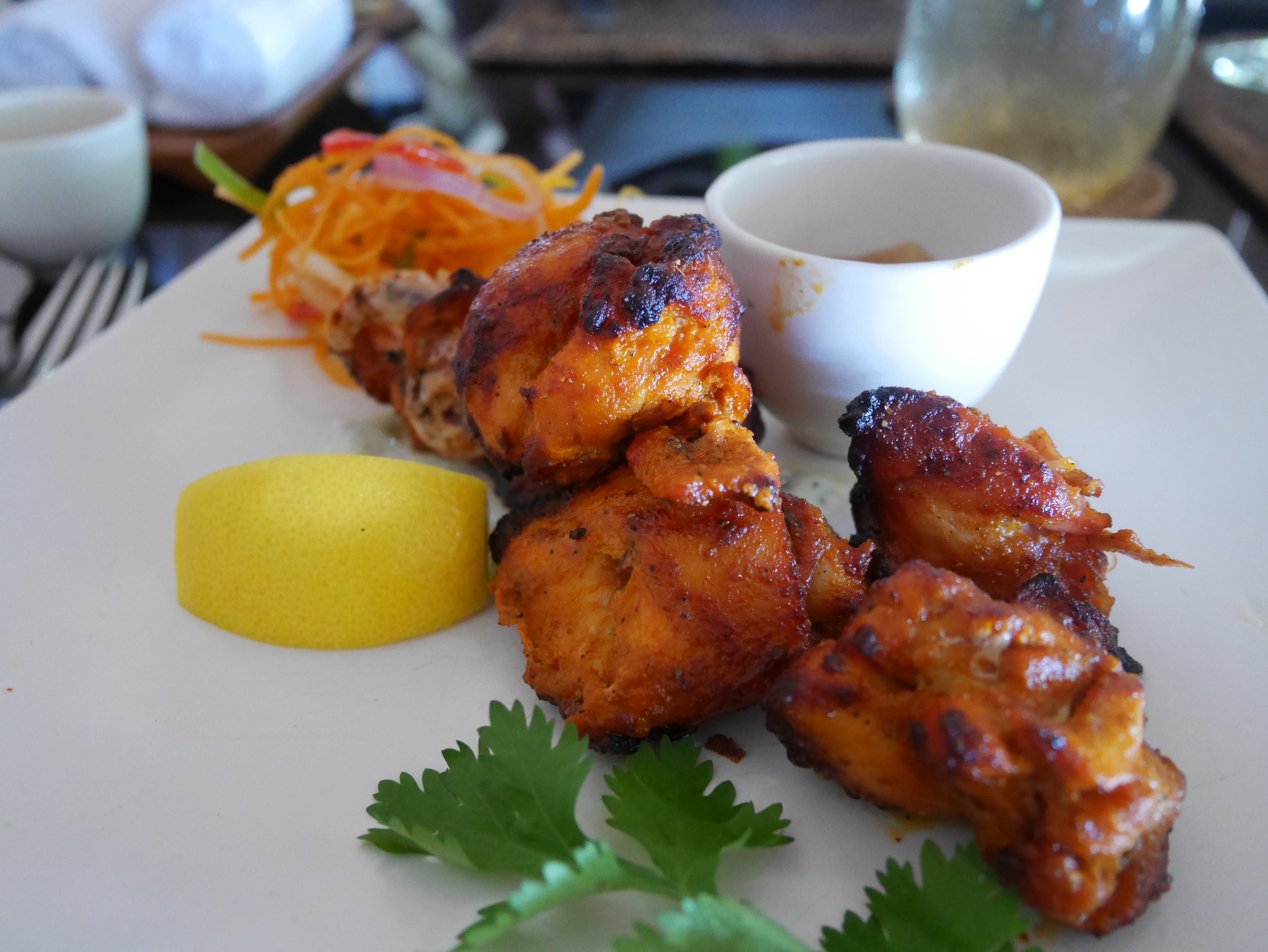 This is a restaurant right out of the glossiest coffee-table holiday brochure. Picture holding a mango daiquiri in one hand and a stick of chicken tandoori in the other, feeling the breeze of the sea while watching the turquoise-and-white beach against a backdrop of candy-floss sky, completely losing any sense of time. Yep – that was me for two hours on that sunny afternoon. Oh, wait, maybe it was four? 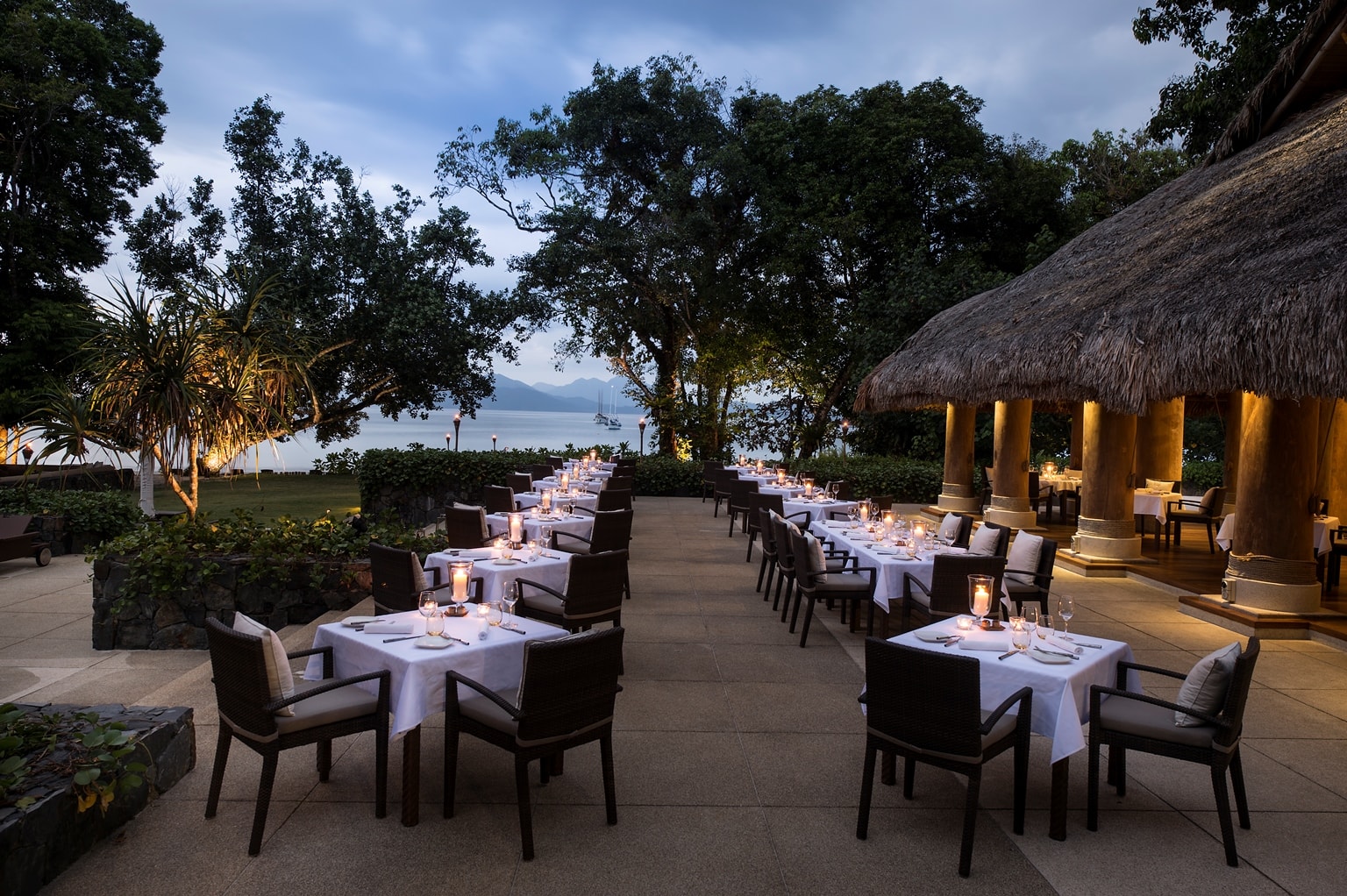 Dinner was served at The Gulai House, the most rustic restaurant of the resort's four. Set in the heart of the rainforest and surrounded by trees, we were seated in the open-air dining area, where the only thing that stands in your way of touching this incredible environmental heritage is your unwillingness to reach out. 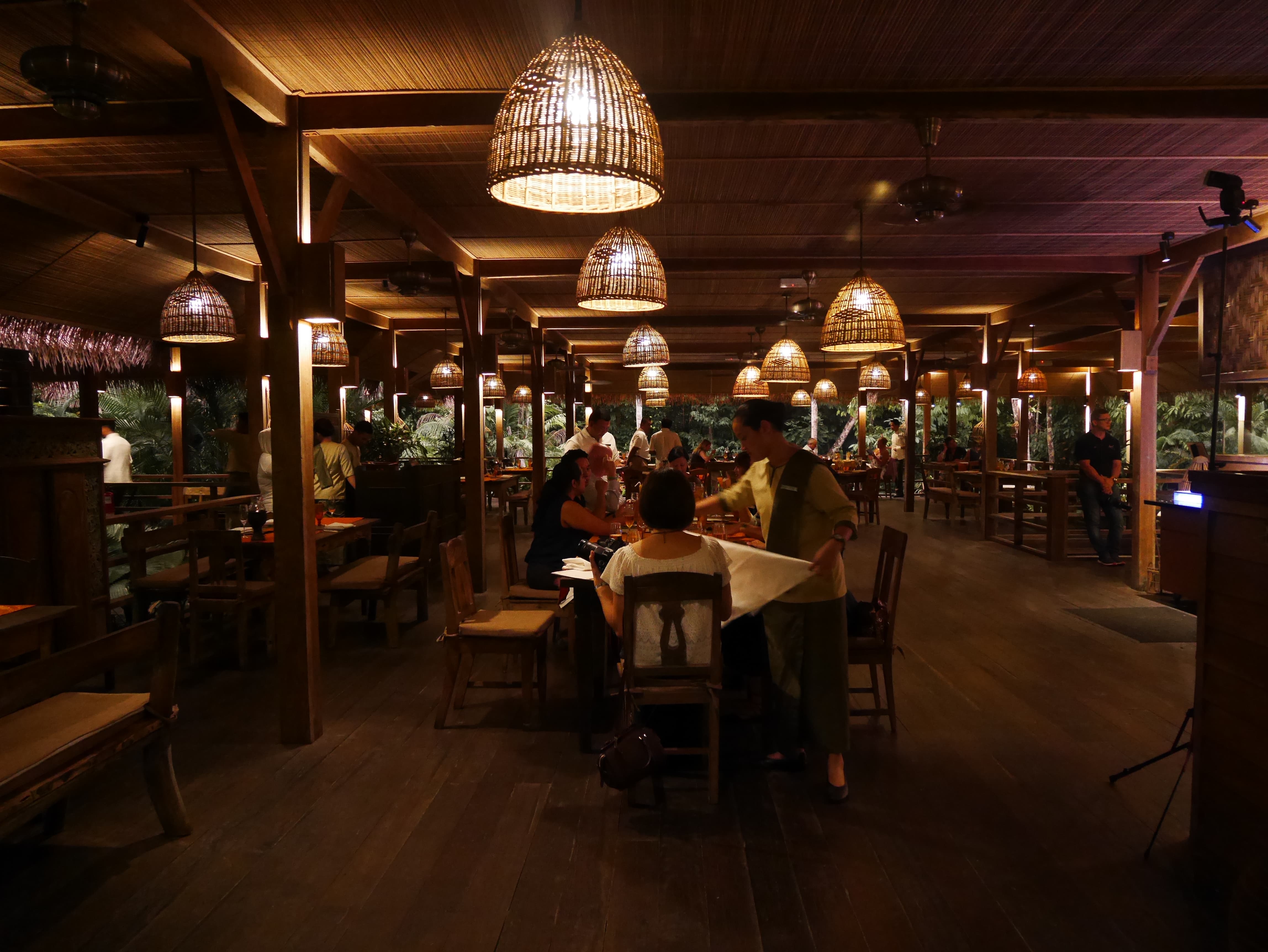 One of the aspects that makes The Datai special is that they invite famed chefs from every nook and cranny of the world to take over their kitchens on a regular basis, which not only inspires their own chefs to constantly pursue higher standards but also serves to provide unique experiences for guests. We were lucky enough to have arrived during the period of time when celebrated chef Will Meyrick of Bali's Sarong and Mama San laid claim to The Gulai House and served a special four-course menu of Southeast Asian delights. We started off with a Pacific oyster with chilli, lemongrass and calamansi dressing that was jet fresh and had just enough tang to kick-start our palates without overwhelming them. 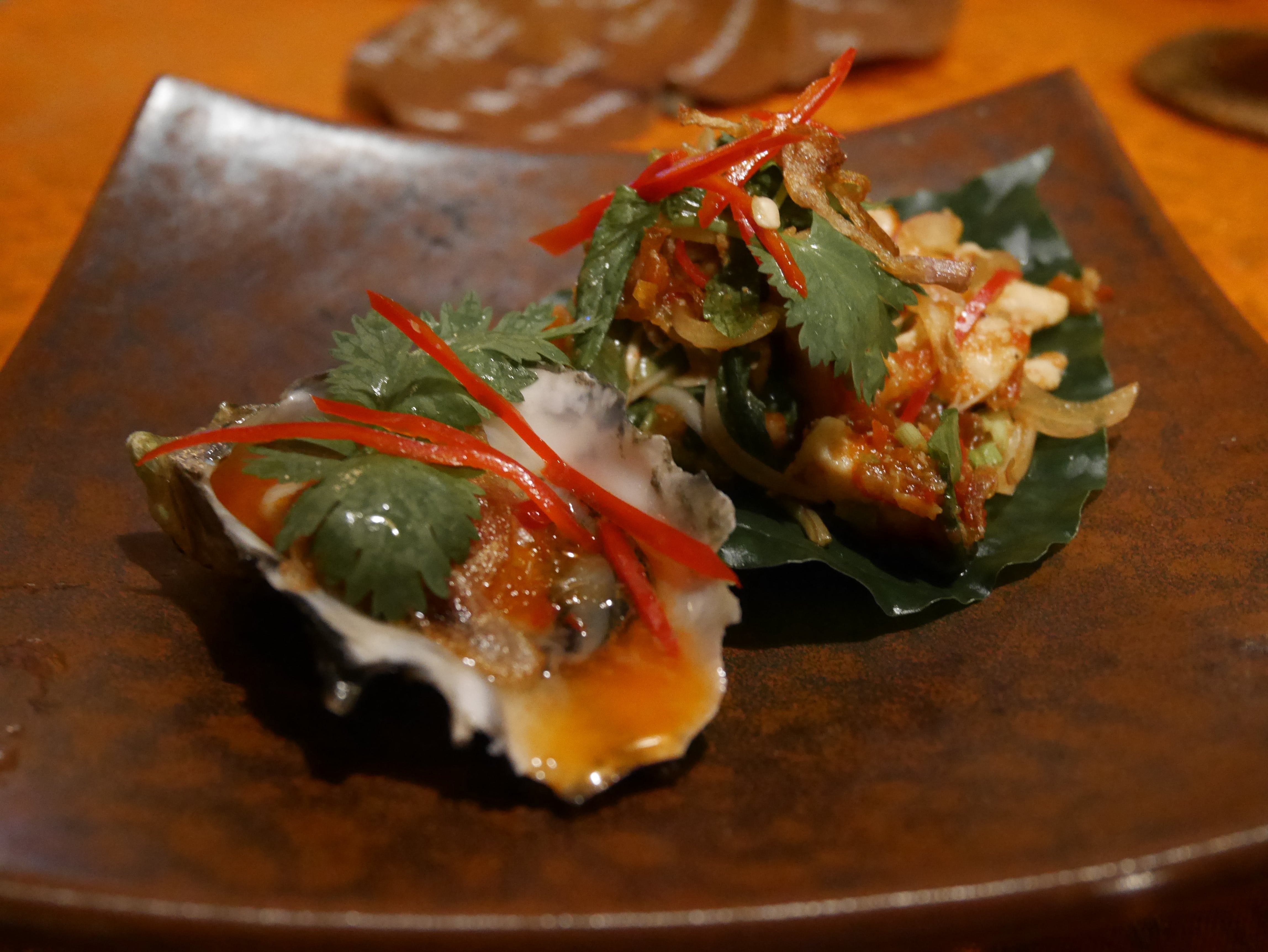 Moving on, we had the tandoori achari of quail marinated in lime, ginger, yoghurt, garam masala, kasoori methi  (dried fenugreek) and curry leaf, served with red cabbage, carrot kachumber mint and paneer cauliflower kulcha (flatbread). It's a lengthy list of ingredients, I know, but the combined result was a wonderful variety of textures and flavours, with the slightly citrusy quail being very juicy and smoky – a dish that screamed Indian in every aspect. 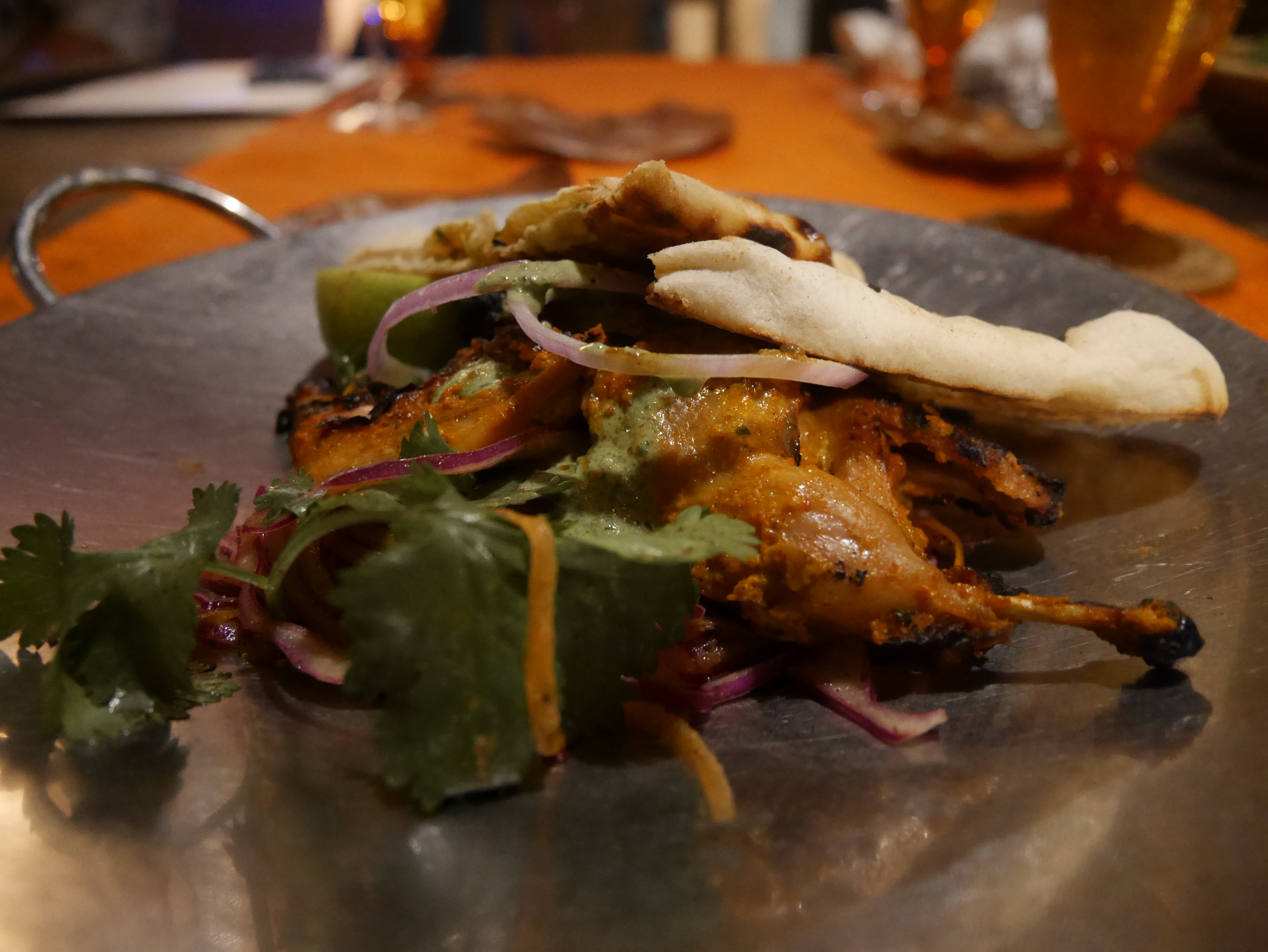 The main item we opted for was the duck korma with potato, tomato, almond, green chilli, mint, coriander and coconut milk, finished with yoghurt, a curry so tasty that it’s worthy of the most noble Mughal emperors. Rich, creamy and fragrant, we happily mopped up every drop of sauce with nan before finishing off the meal with a decadent dessert. 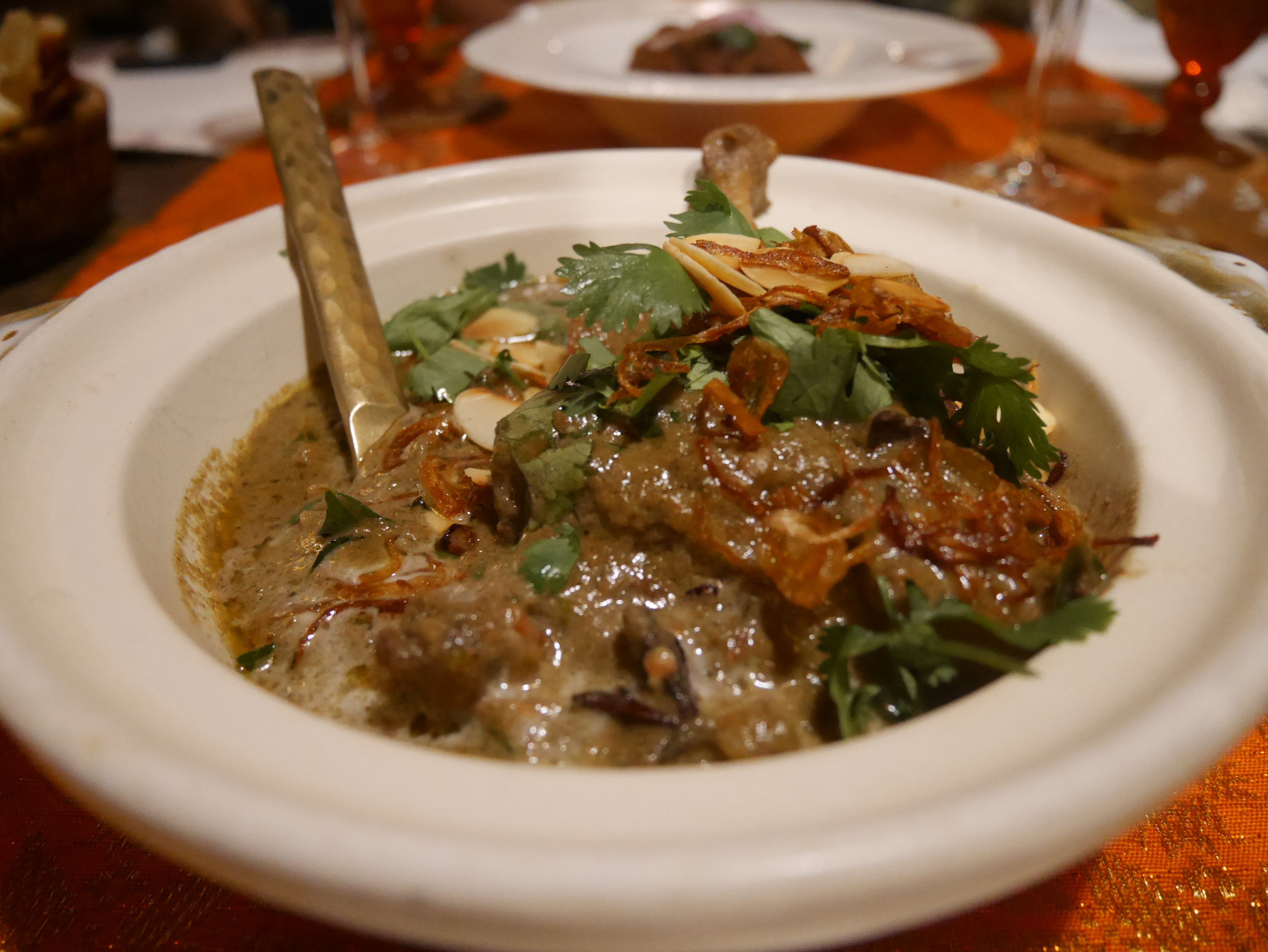 As a durian fan, the durian panna cotta with white sticky rice and fresh durian was absolutely to die for. The sheer volume of the dessert had us smiling in contentment, only to be overridden by a more overwhelming happiness when we tasted the silky smooth panna cotta that flooded our mouths with creamy durian goodness with each spoonful we took. 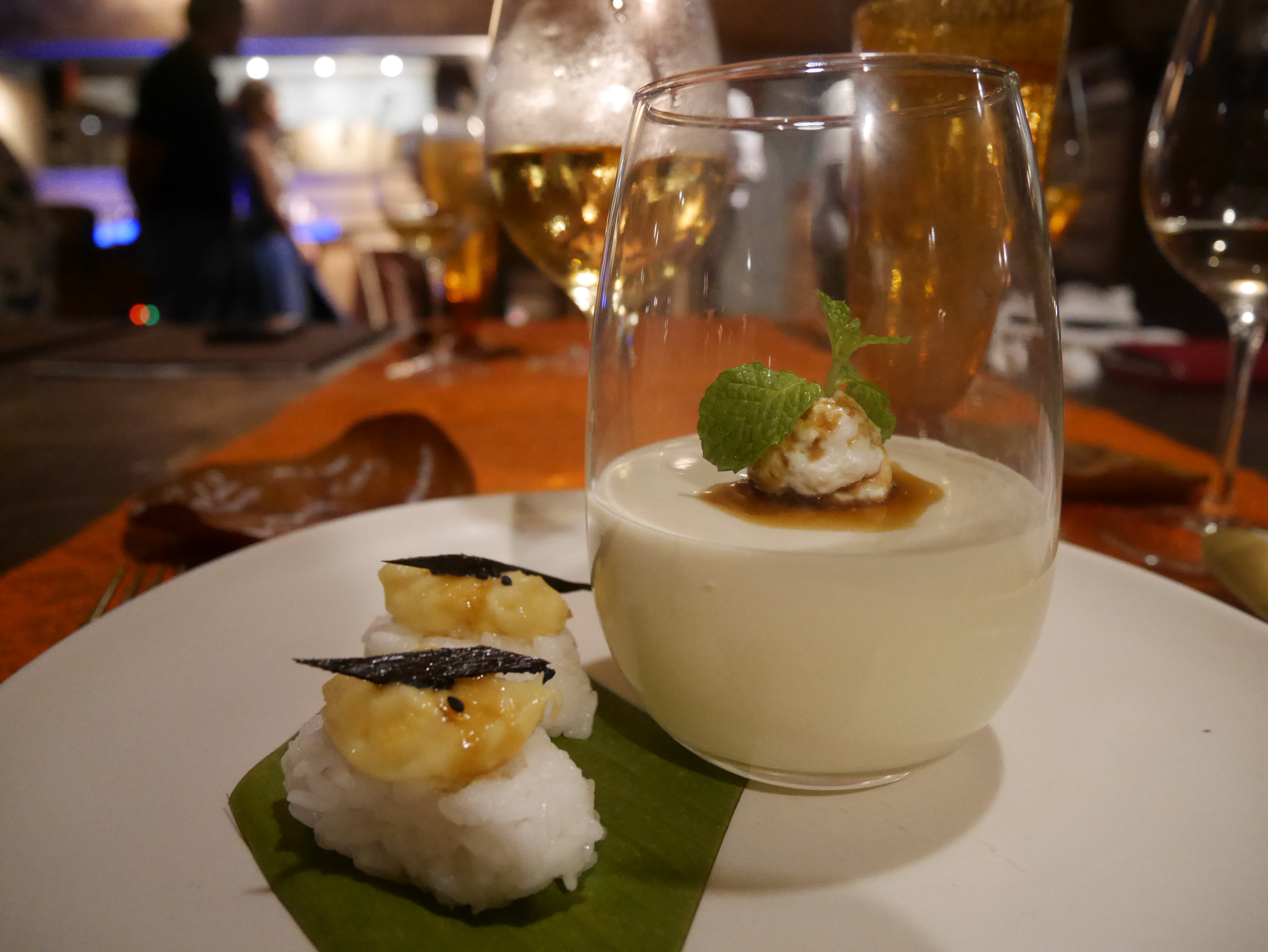 I strolled away from the restaurant and back towards the main complex where my room was situated listening to the medley of insect chirps pulsating back and forth between the towering trees. Reaching the doorstep of my villa, I soaked in one more time the architectural miracle that is The Datai before heading into the room and preparing for what was going to be another magical day at this wonderful resort. 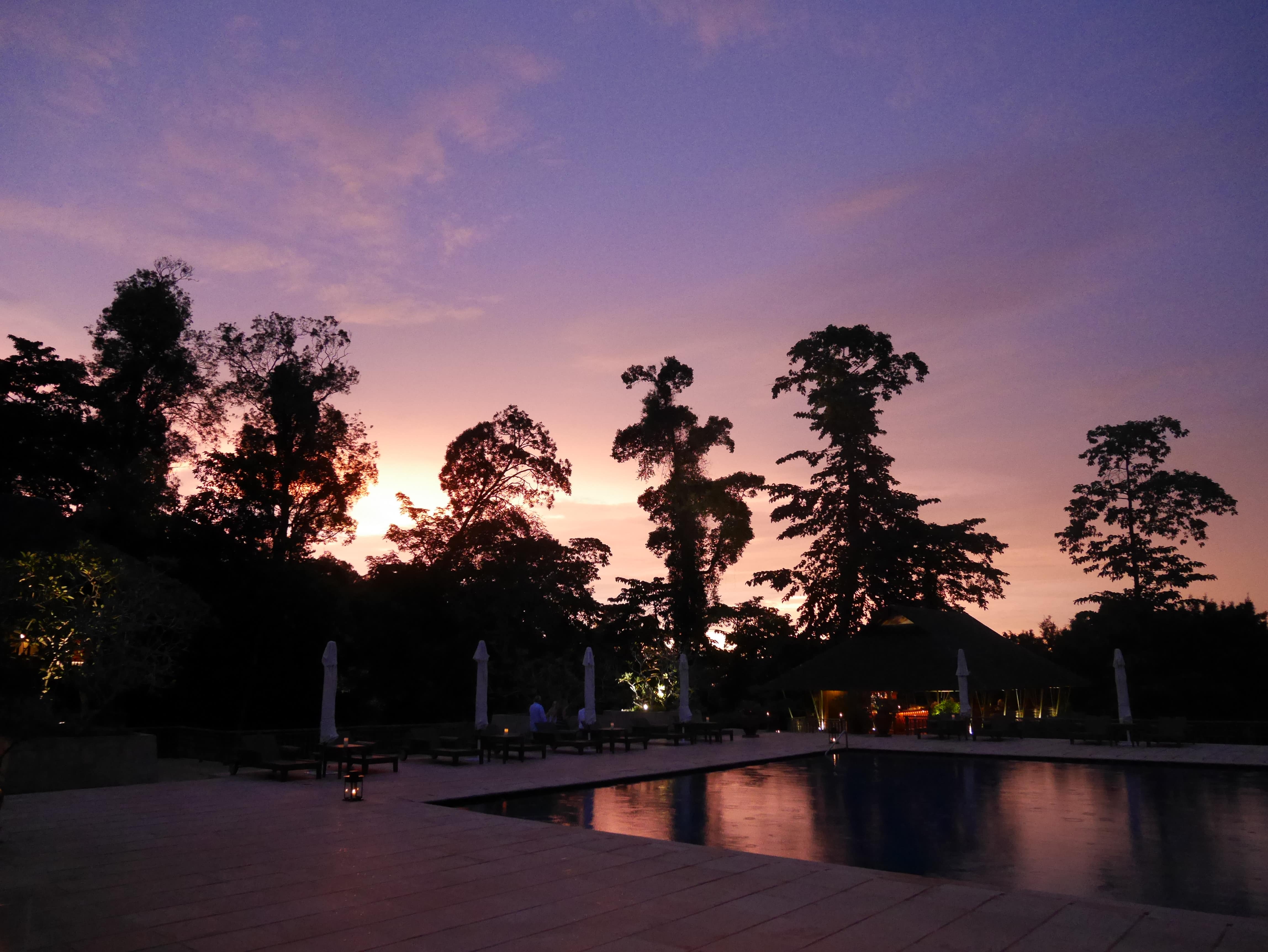