Vietnamese Coffee and Its Gloomy Future

Local Vietnamese producers are facing unprecedented challenges both internally and externally, and the future looks bleak

The key to surviving in Vietnam involves two vastly different sets of skills. The first is the ability to stride across a motorcycle-swarmed road with the tenacity and audacity to power on regardless of how close you are to death every step you make. The other is being able to consume large – I mean LARGE – amounts of caffeine in the form of the country's world-famous drip-filter coffee laced with condensed milk on a daily basis. I say skills, but they are really a way of life, an epitome of the Vietnamese lifestyle. There are no signs that traffic laws will suddenly be enforced in the country, nor are motorcycles going to disappear anytime soon, but it seems the days of being able to drink Vietnamese coffee true to its roots are numbered, as international competition becomes increasingly intense and the livelihood of Vietnamese coffee farmers increasingly threatened. 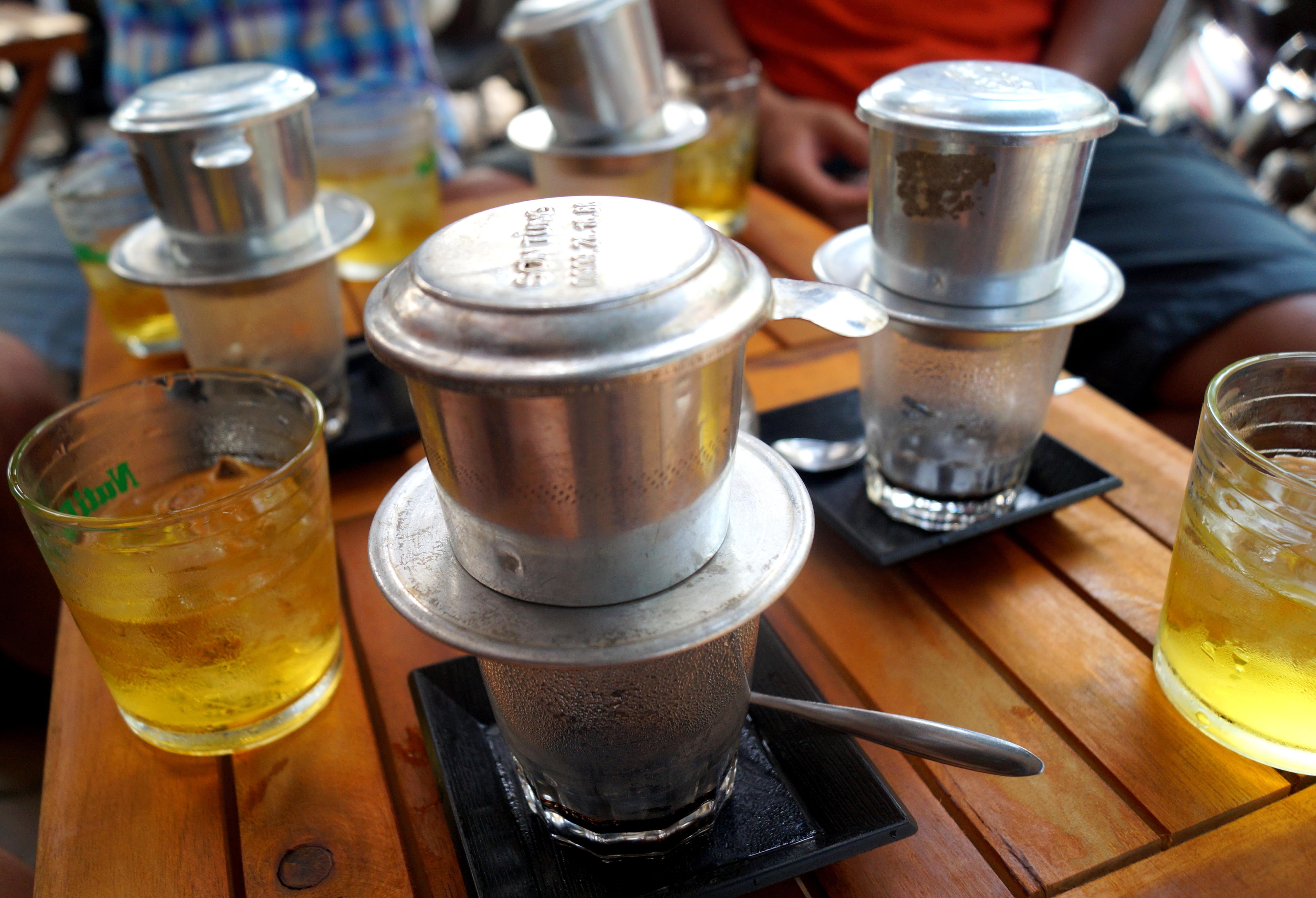 Vietnamese coffee culture was cultivated during the French colonial period. Introduced in 1857, not only did it firmly integrate itself into the everyday lives of the Vietnamese people, it was also conceived by the government as a powerful force after the Vietnam War to revive the economy. By the late 1990s, Vietnam had become the world's second-largest producer of coffee (Brazil ranks first), accounting for over 20 per cent of the world's coffee exports. What's surprising, though, is that the 20 per cent exports translates only to about two per cent of the monetary worth of coffee beans worldwide. A disproportionate earnings system means that even though coffee farmers in Vietnam work hard to produce a steady, high supply of coffee beans, their blood and sweat does not guarantee a comfortable livelihood. 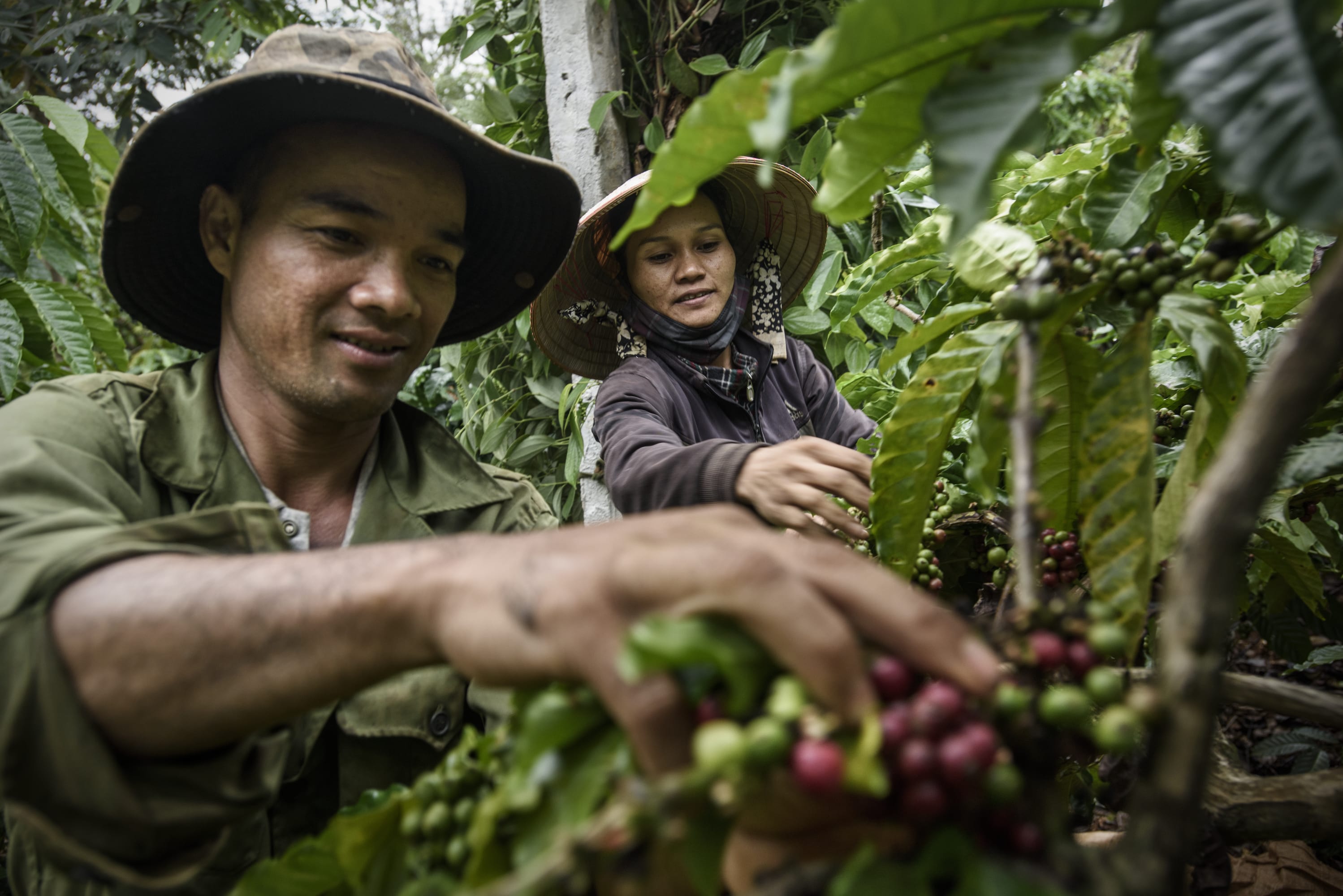 The reason behind this is a lack of a well-organised certification and accreditation system. Despite the fact that Vietnam produces a staggering volume of coffee beans, most of them are unbranded and do not have any sort of certification that conveys quality and trust to consumers, unlike other major coffee-producing countries like Brazil, Columbia and India that have government policies dedicated to supporting local coffee businesses and creating official credential management systems. Furthermore, many Vietnamese coffee farmers lack proper farming training and end up over-fertilising and over-watering their soil, making the production of high-quality beans increasingly difficult. The combined result of these unfortunate factors is the production of low-grade, unaccredited coffee beans that can only command low prices. 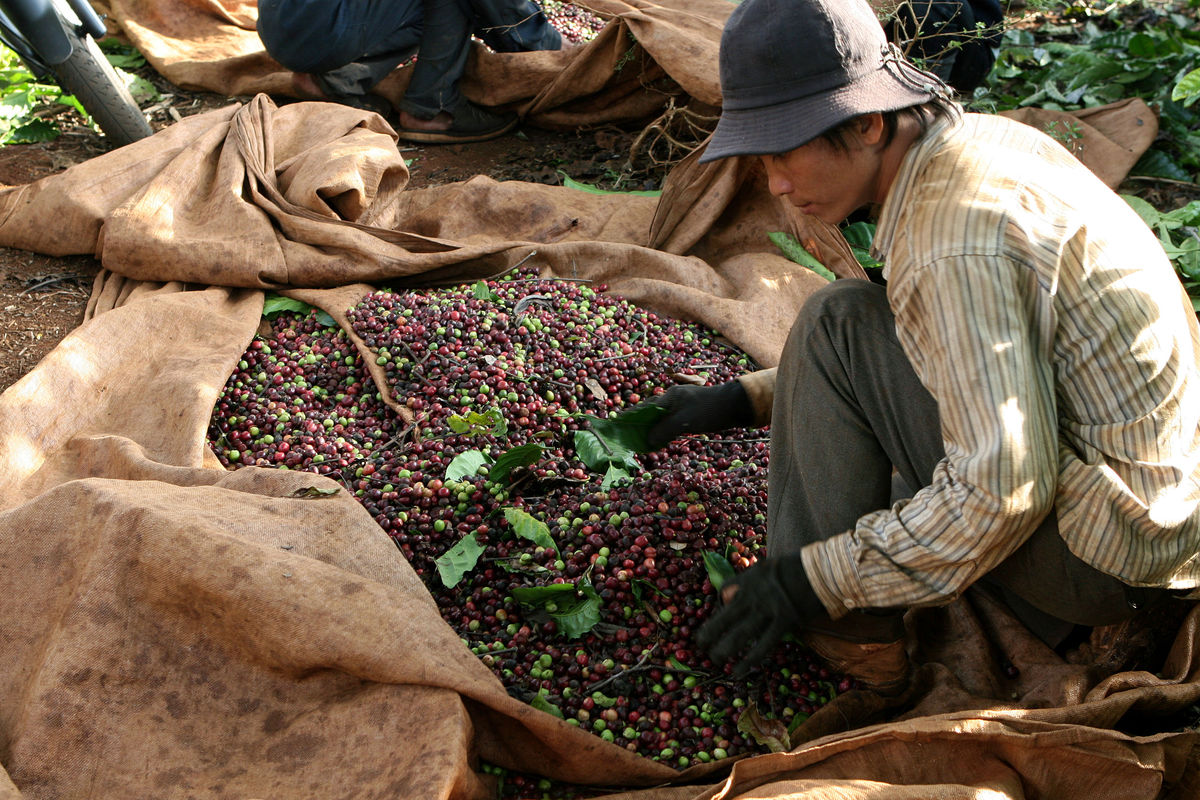 If this isn't enough of a death blow to the local industry, foreign competition is the final stroke. In Vietnam, foreign enterprises pay low interest (three per cent or less) for loans borrowed from foreign banks, while local producers can only rely on high-interest loans (6.5–7 per cent) from the same banks to raise their quality standards as an attempt to counter foreign competition. Free trade agreements signed by the Vietnamese government mean that the same foreign direct investment groups that benefit from low interest are also permitted to establish companies that take control of whole coffee supply chains in Vietnam, from planting, to processing, to exporting, slowly forcing local producers out of business. In recent years, foreign companies' coffee production constitutes 60–70 per cent of Vietnam's total coffee bean output, with numbers still on an increasing trend. 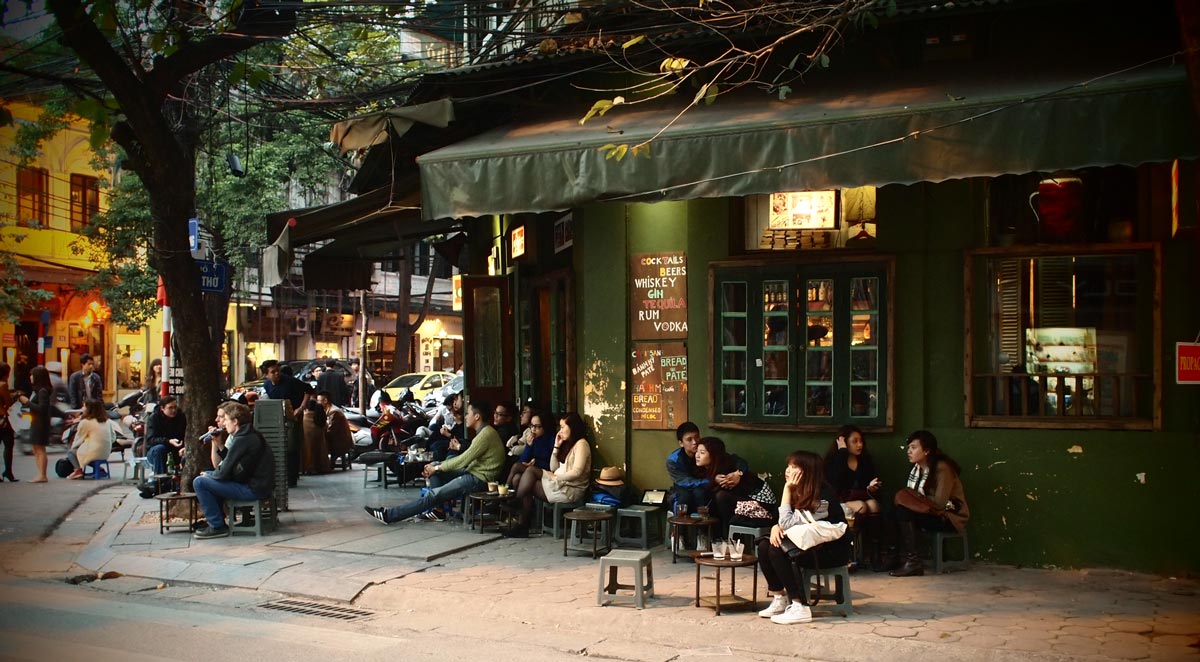 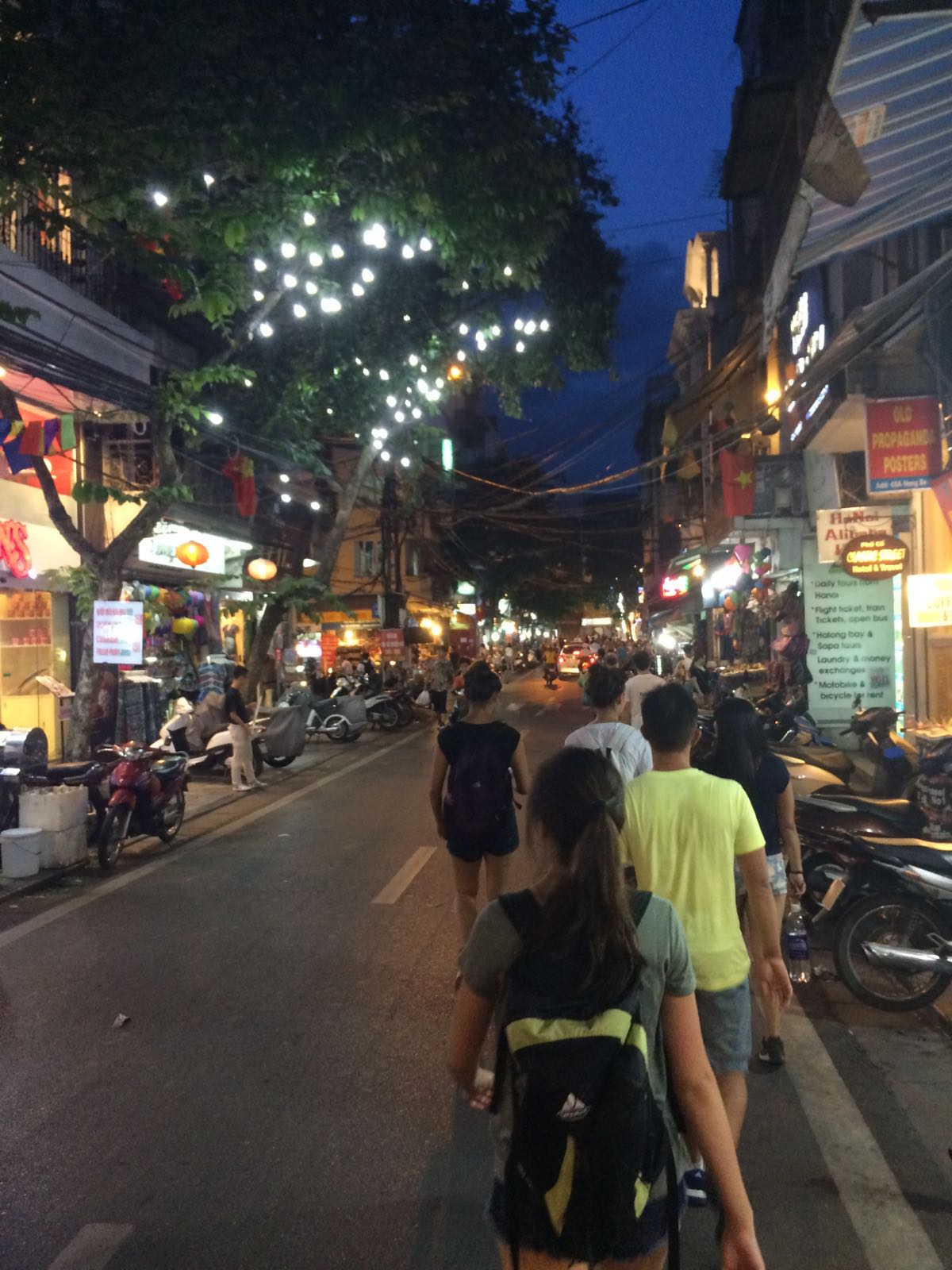 Strolling along the streets of Hanoi, eateries abound. Regardless of whether you're slurping noodles while perched on a tiny plastic stool in front of the open-air storefront of a street vendor or lazing the day away on a cushy couch in an air-conditioned café nibbling on a bánh mì, one thing is certain: you're also sipping an incredible cup of Vietnamese coffee, one that differs slightly in taste or aroma from almost every other one you've had in Vietnam. But this might soon become a luxury-to-be as smaller locally owned producers and individual farmers bow down to foreign competition. Vietnamese coffee will likely never die, but it might not be long until every other cup you taste is exactly the same.

And to me, killing its diversity is as good as killing Vietnamese coffee itself.

Foodie | about 9 hours ago

But is it bringing its bold plastic-free initiative with it?