We recently had a chat with Björn Frantzén from Restaurant Frantzén in Stockholm, a chef with two Michelin stars under his belt for seven consecutive years, who will be setting up shop in Sheung Wan by the end of the year with his first restaurant outside Stockholm. Upon hearing that he's hosting a 2.5-month pop-up at Altria Macau, we couldn't help but hop on the first ferry over to try out his craft. 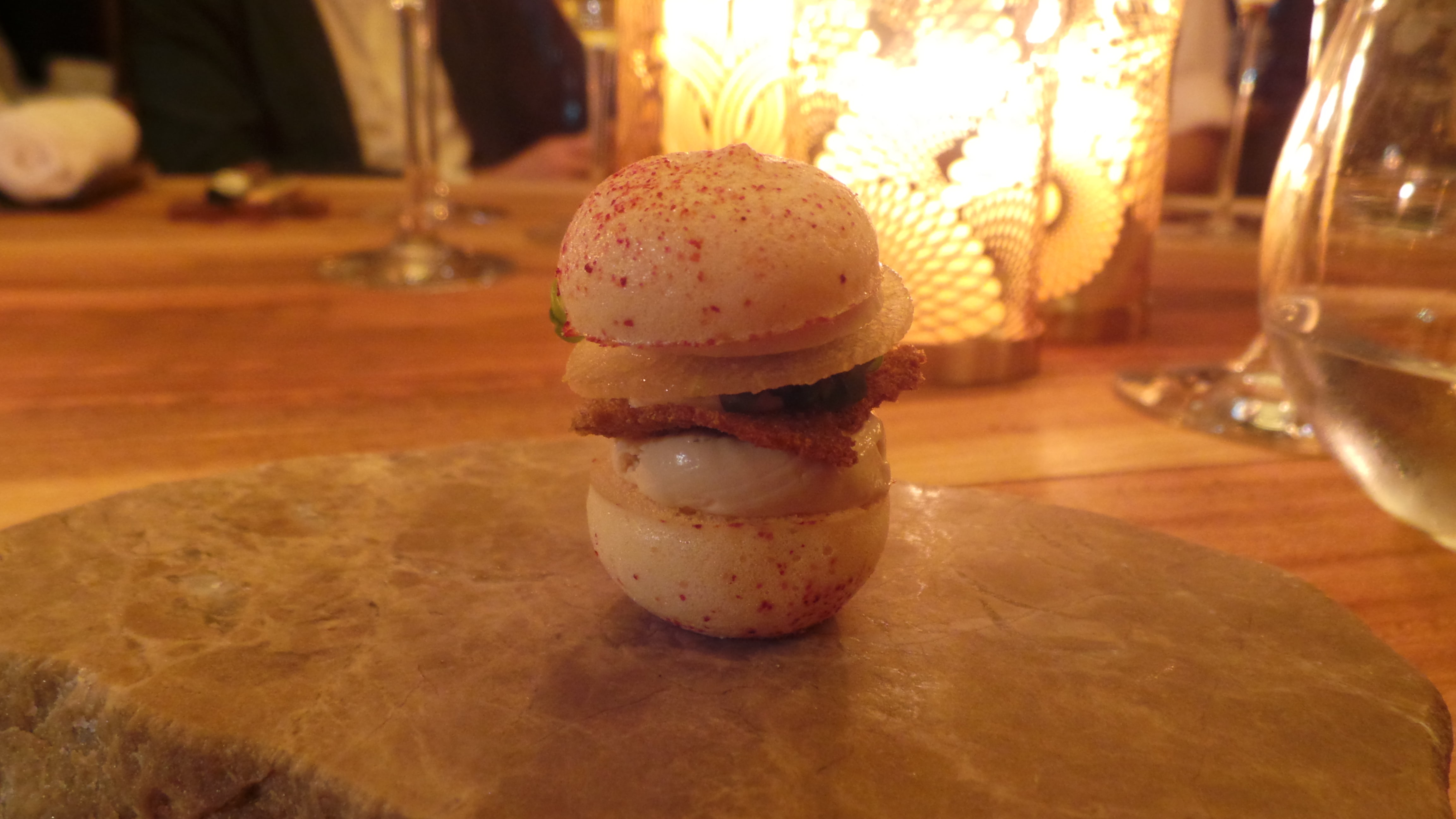 We started off the night with an amazing apple macaron with foie gras parfait, dried rye and lingonberry, a dish that was made immensely more difficult to prepare, according to the chef, because of the humidity in Macau, which renders the macaron soft and soggy soon after it's taken out of the oven. We were explicitly told to finish the macaron in one bite, and we thoroughly enjoyed the multitude of textures. The slightly sour taste of the lingonberry pleasantly balanced out the savoury foie gras parfait. 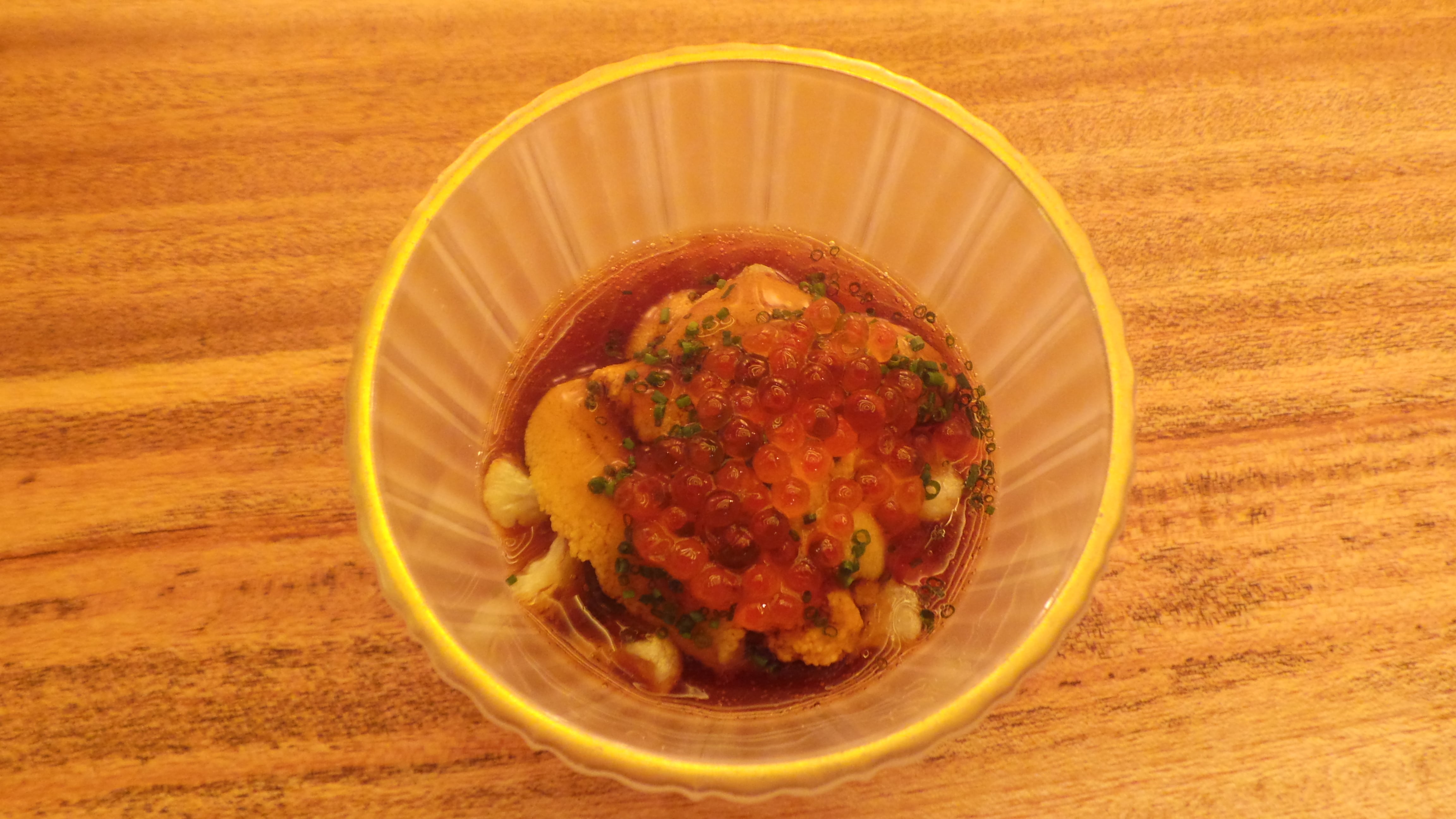 Uni and salmon roe has been proven to be a dream combination, one that Chef Frantzén undoubtedly leveraged with precision in his cauliflower chawanmushi hokkaido uni and wild trout roe, which was a burst of umami in every spoonful. 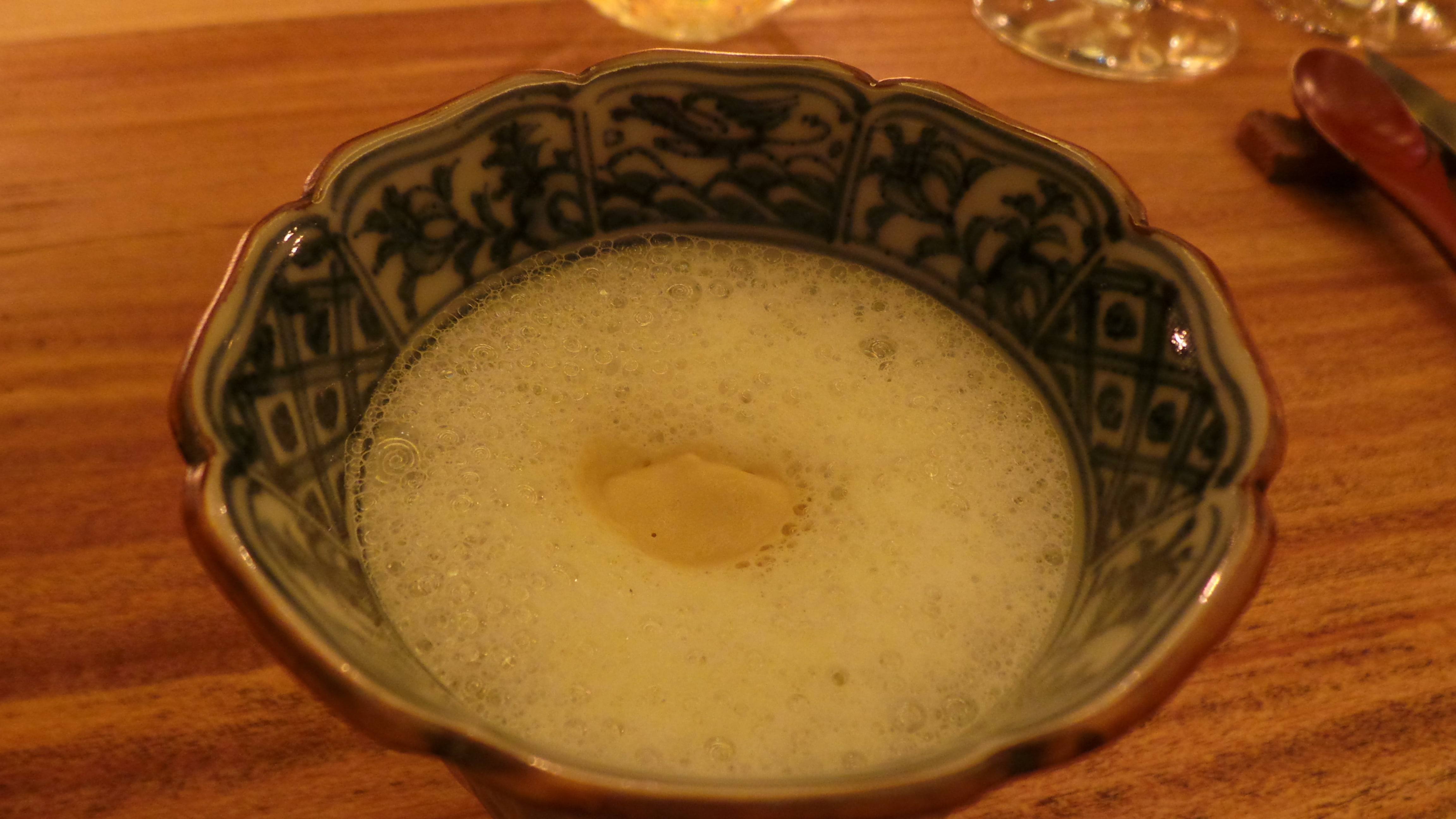 The liquorice, almond and onion is one of the chef's most revered creations and certainly not without reason. Be prepared, as you might never again encounter another bowl of onion soup so hearty, so flavourful and so good a showcase of the versatility of the tragically underrated almond milk, which gave the soup a velvety smoothness and a subtle aroma. 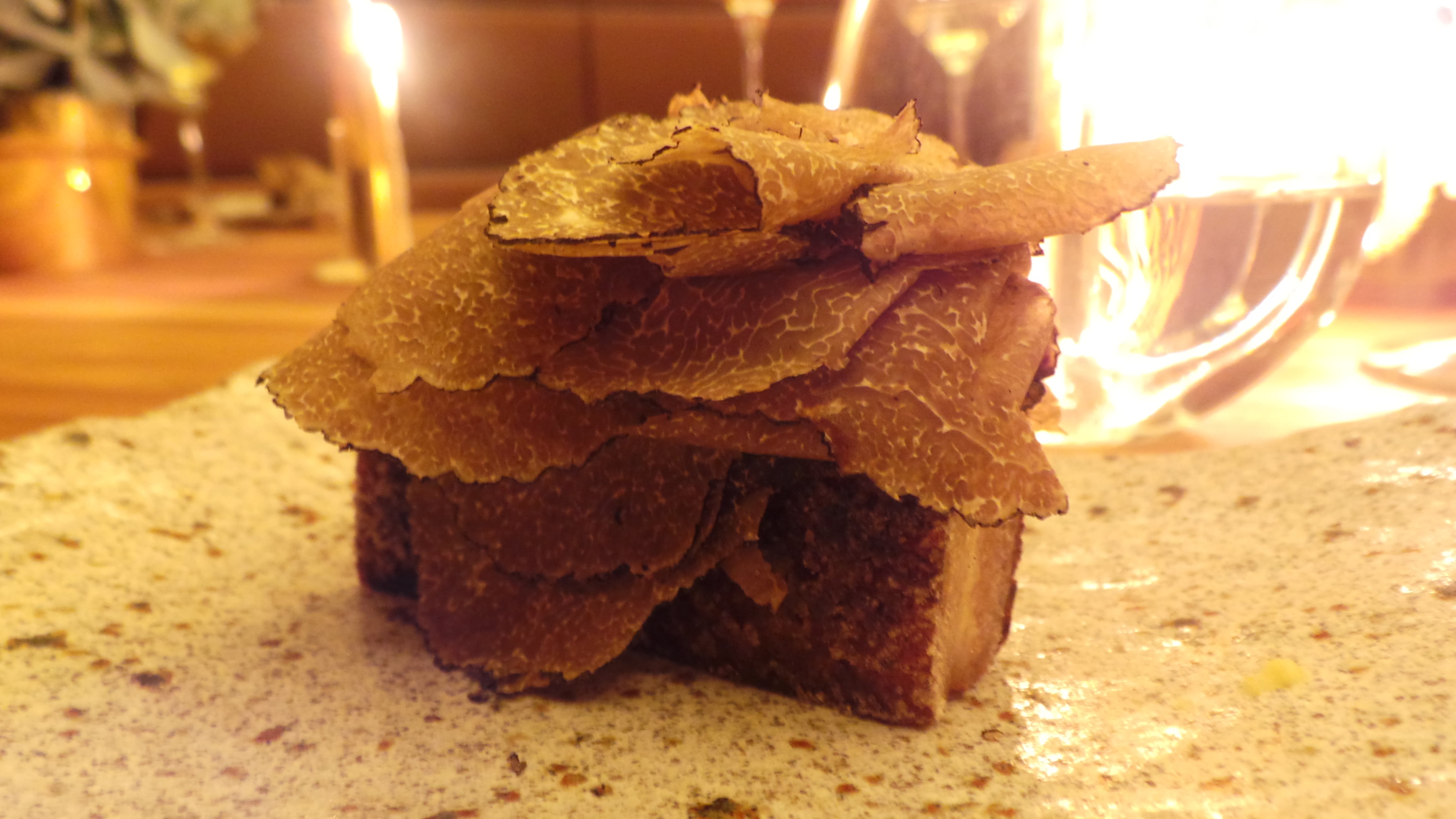 Another dish that stood out on the night was the French toast 'grande tradition' with winter truffles, aged cheese and 150-year-old balsamic vinegar, which was sheer decadence. The truffles are Scandinavian and the balsamic vinegar is – well, 150 years old and from Modena. Paired with airy and crispy-edged French toast and aged cheese ... need we say more? 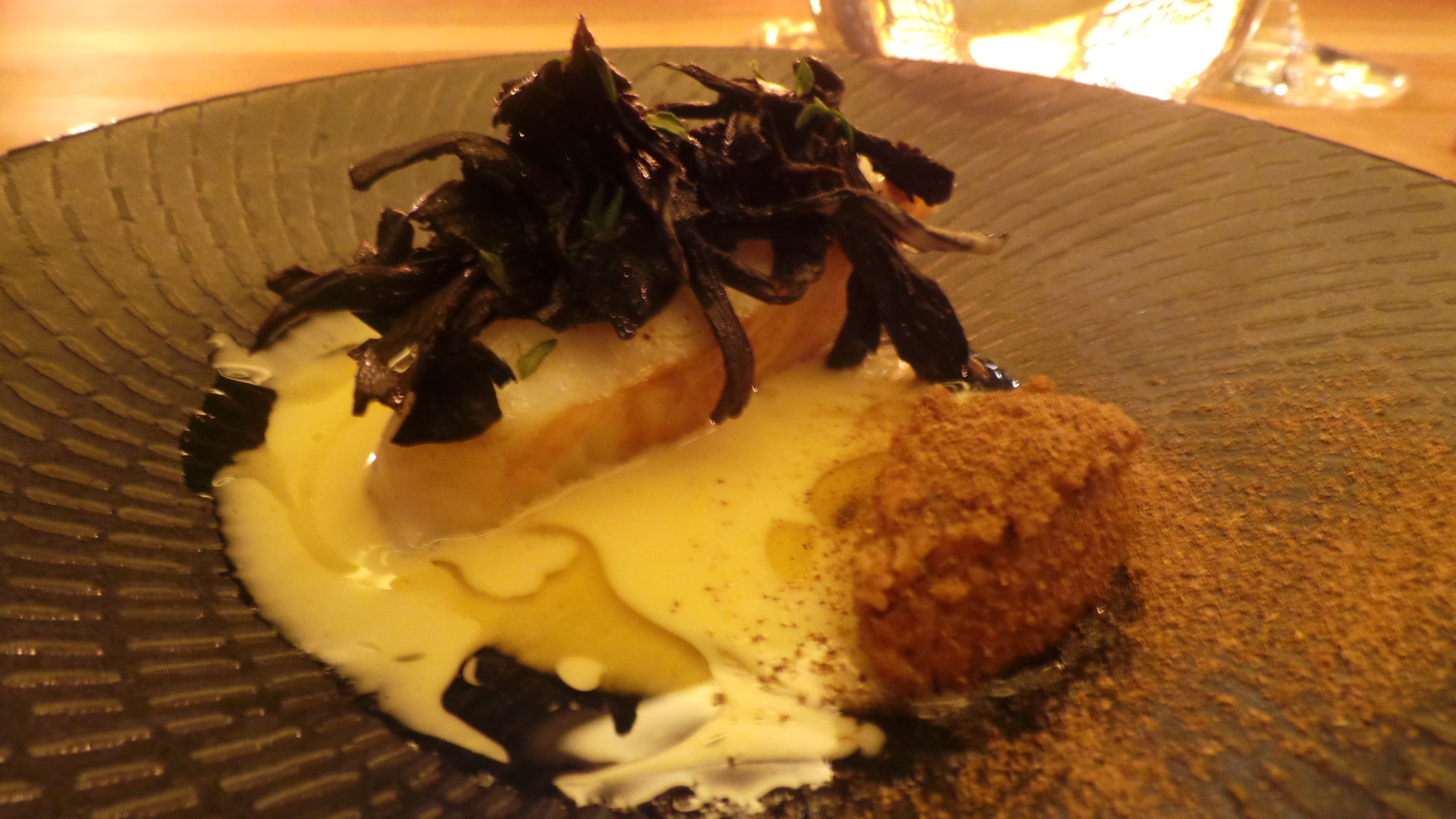 Among the two mains, we particularly liked the turbot with whipped vin jaune, matsutake and black trumpet, which had a medium-firm texture and a smooth and subtly sweet taste, as opposed to the mealy, mushy texture commonly found in turbot elsewhere. The vin jaune added a touch of acidity that elevated the otherwise relatively bland nature of the fish.

We didn't have the chance to try Chef Frantzén's desserts because we had to rush to catch the ferry back. But rest assured, we'll have plenty of opportunity to do so, as the chef will be sticking around Macau until 17 December, every Thursday through Saturday. We urge you to book fast, as only 12 guests can be entertained each night.

Chef Frantzén's tasting menus are priced at MOP688 or MOP1,288 per person for seven or ten courses, with wine pairing options available for an additional MOP388 per person.