So far on the tour we’ve covered the beers at the up-and-coming Black Kite Brewery in Wong Chuk Hang and the giants of the local beer scene HK Beer Co. Opting for something a little bit different, I decided to check out Hong Kong’s first nano-brewery, Moonzen. Translating to ‘door gods’ in English, Moonzen founders and couple Laszlo and Michelle are clearly doing what they do for the love of beer and their passion for local ingredients. Unfortunately on this trip I didn’t get a chance to sample the seasonals, so I’ll be taking you through the core range.

Located in Kwun Tong, the brewery isn’t much bigger than the average Hong Kong apartment but judging by the quality of beers they’re producing and the outlets that carry them, you wouldn’t have known it. Moonzen are also extremely committed to running a completely sustainable operation, creating compost from their spent grain and recycling their bottles. 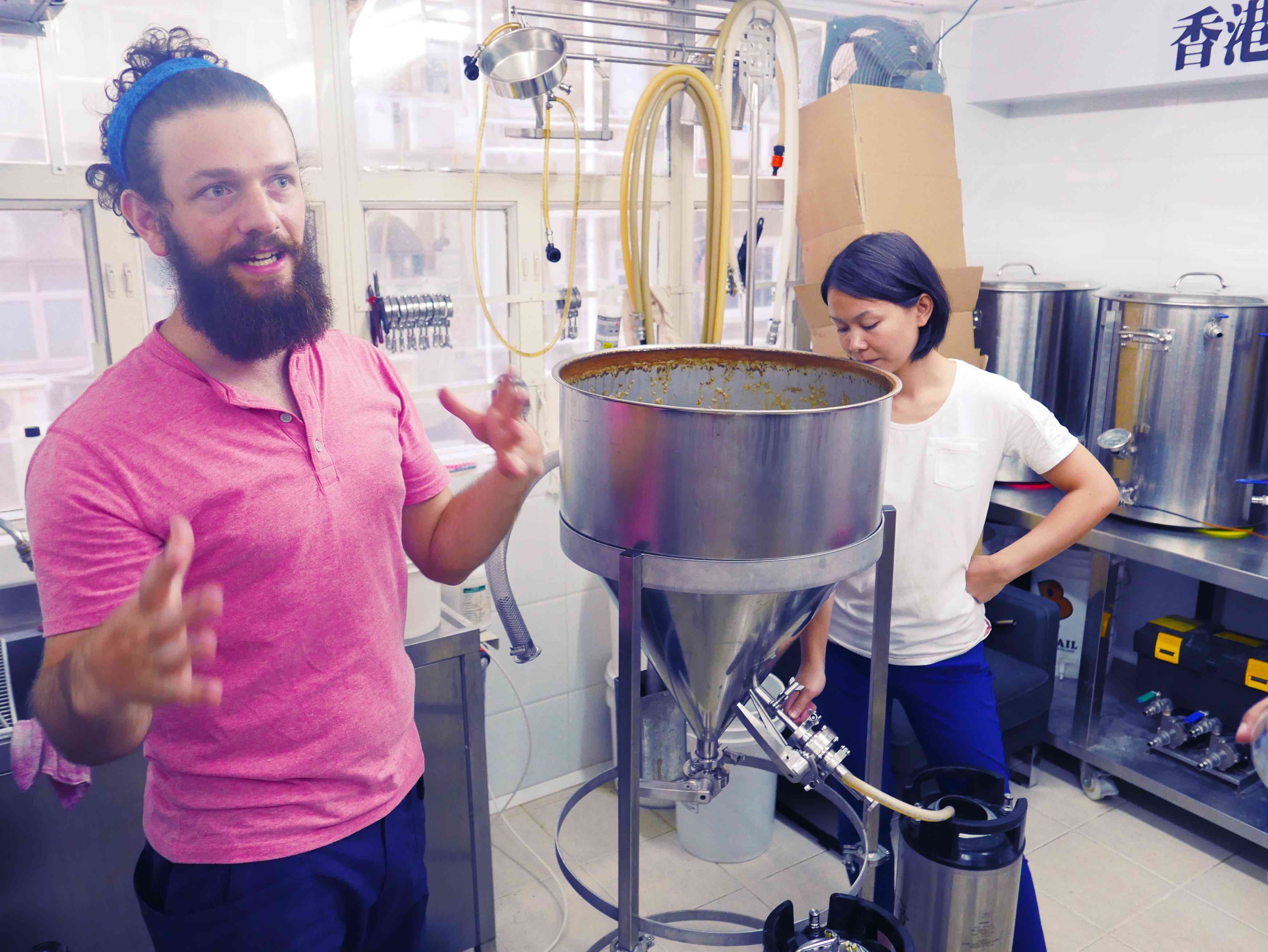 To start, I dived right into the Thundergod Pale Ale that displayed bright tropical notes on the nose. Aromas of fresh mango and pineapple are followed by a slight bitterness that lingers on the tongue. This is wonderfully well-balanced and light- bodied.

Next, the Monkey King Amber Ale, a more medium-bodied ale that gives off aromas of caramel sweetness, reminded me of the smell of theatre popcorn. The ale tastes as it smells and follows through with hints of coffee and finishes with a slightly smoky and spicy aftertaste. This is definitely one for the sweet tooth!

The Jade Emperor IPA has a similar nose to the Thundergod Pale Ale, albeit a little more floral. The hop bitterness comes through in this beer and presents with it the citrus punch you would come to expect from an IPA. The malt backbone was a little too strong and masked the lingering bitterness for my liking, as I prefer the hoppier IPAs. 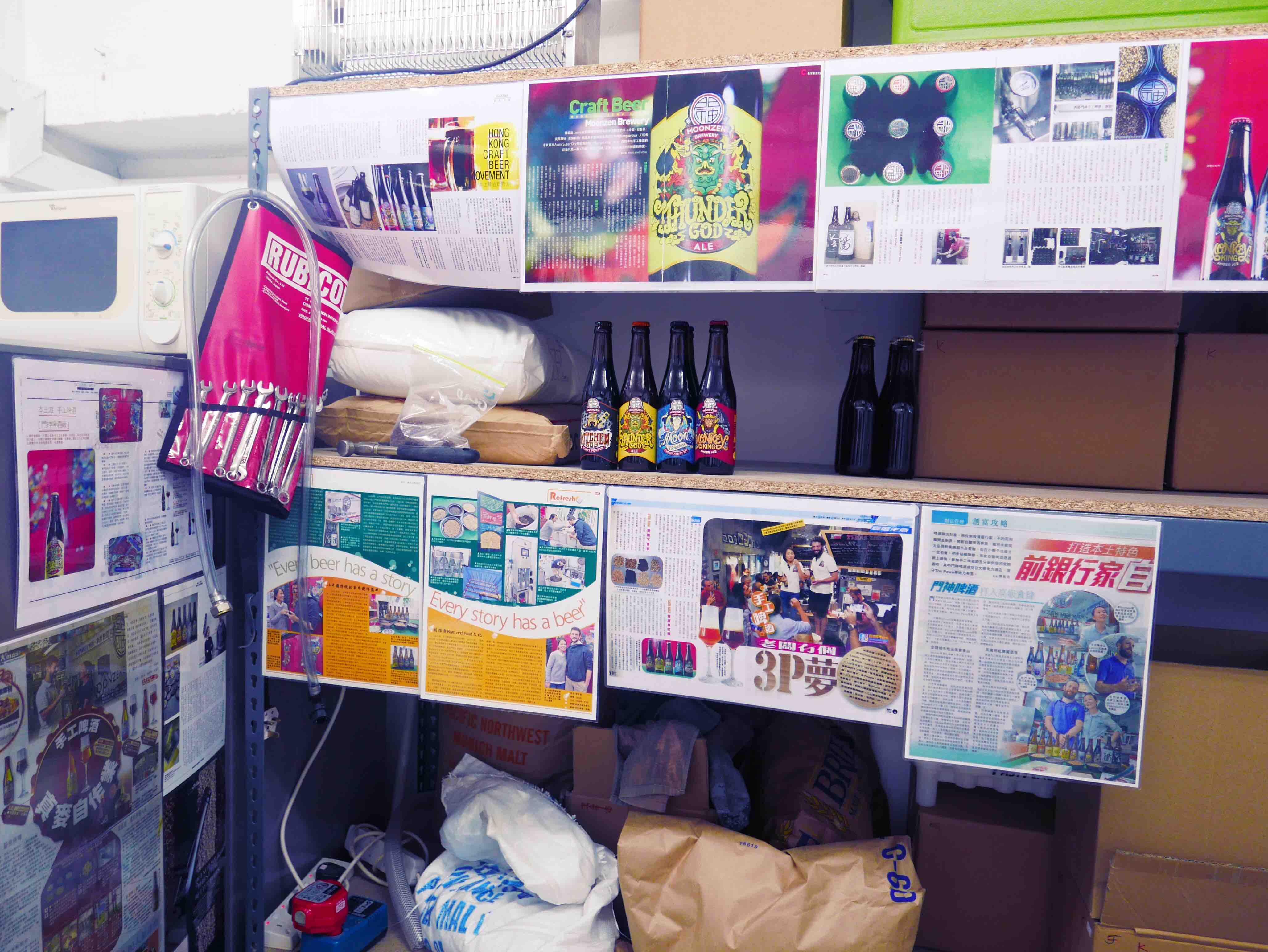 I was really looking forward to the Kitchen God Honey Porter, as I’m a big fan of experimental porters and stouts. I feel there’s a lot more complexity and breadth of flavours you can bring about with darker brews. With this beer, Moonzen have infused honey to elevate the sweetness in the brew. Beautiful aromas of coffee and honey come through on the nose and my first impression was the smoothness of the ale and its creaminess. The coffee notes came through more than the honey in the body, but what I was most impressed about was the fact that this was a medium-bodied porter. Unlike other locally brewed porters, Moonzen haven’t tried to ‘brew to local tastes’ with a light body, but instead brewed to the style and showcased it well. Espresso and mocha notes linger on the taste buds.

Overall Moonzen is brewing some impressive stuff. As the smallest brewery in Hong Kong at nano scale, they are definitely giving some of the bigger players in the local scene something to think about. My personal favourite was the Honey Porter as it displayed the greatest complexity of the beers, however I’m most looking forward to getting my hands on some of their seasonals such as the latest ‘One Beer, Two Systems’ that was brewed in collaboration with Jing-A from Beijing. You can sample Moonzen’s finest brews around the city at hotspots such as The Pawn, Mandarin Oriental, The Globe and Craftissimo.

EDIT: Since writing this post, Moonzen Brewery have announced the closure of their current location in Kwun Tong and the beginning of what they call “chapter 2”: a bigger, better shinier brewery that’ll be able to handle the demand for their brews. We can’t wait for a second brewery tour, so watch this space!

Enjoy great-value menus served up in the salon