Cheese Families: Everything you Need to Know About Pressed, Cooked Cheese

Everything you need to know about pressed, cooked cheese

There are 8 different cheese families; today we are going to tell you about the pressed, cooked cheese family.

Today let's discover pressed, cooked cheeses and their famous fruity aromas. Cheeses from this family are the likes of Emmental, Parmesan, and Comté. 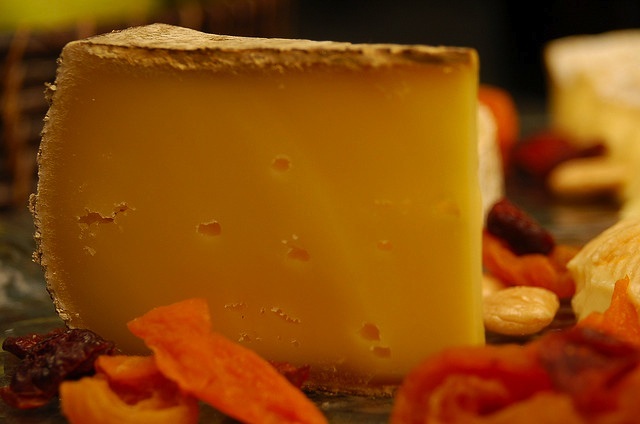 In the thirteenth century in Europe, the first cooperatives for the production of pressed, cooked cheeses were formed. They were known as the “fruiterers”. They produced large cheeses, the largest of that time in fact, weighing over twenty kilograms and sometimes even reaching one hundred kilograms. The seventeenth and eighteenth centuries was when the export of European cheeses debuted, and the front-liners were pressed, cooked cheeses, as they had a natural ability to travel, unlike many other cheeses.

The milk is heated in large tanks containing one thousand to twenty thousand litres, before adding rennet (the rennet is a natural coagulation enzyme).

Then, caseins, which are the main protein in milk, unite and bind together part of their structure that's formed of calcium. This explains the high calcium content of pressed, cooked cheeses. The calcium in the milk is eight times more concentrated. The curd is later cut into small cubes which are then stirred at a rapid pace.

The grains of curd are later separated from the lactoserum (whey). The mixture is heated for around one hour at over 50°C. This step is called the “cooking” (after which this family of cheeses is named).

Huge amounts of curd grains are then assembled in a cloth, and then in a mold, before undergoing high pressure for several hours (up to twenty hours). The pressure will give the cheese its shape, which will be salted later, either through immersion in brine or through rubbing. This process generally goes on for a day. 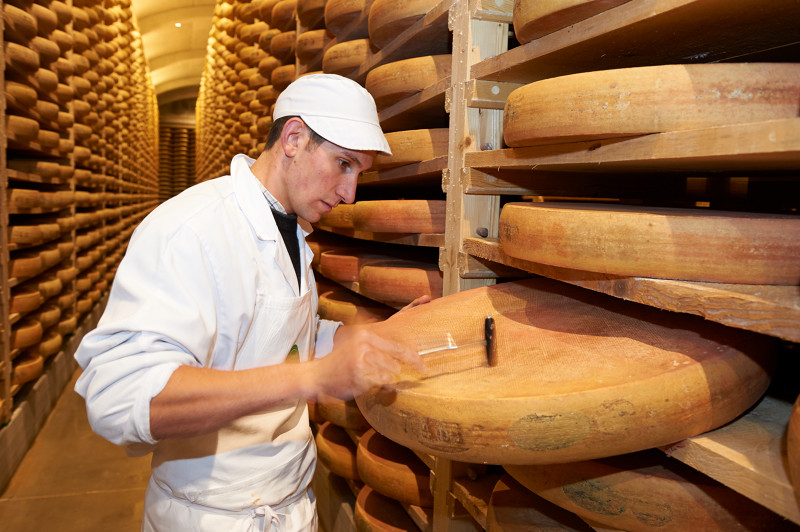 The salting contributes to the formation of the rind, as well as the development of the taste and the preservation of the cheese. The grinding wheels, which weighs between 40 to 100kg are then moved to a ripening cave in which the ambiance will set the cheeses apart.

For example, a cold (10-15°C), then hot (23°C) environment is necessary for Emmental cheese, for duration of six to ten weeks and for the Comté cheese, it should be cold for a month in a 12-14°C environment and then moderate for a minimum duration of three months.

The propionic ferments create carbon dioxide bubbles, which cannot escape the grinding wheels. This then causes the rind to gradually become air-tight and create the holes (the eyes) for certain pressed, cooked cheeses. 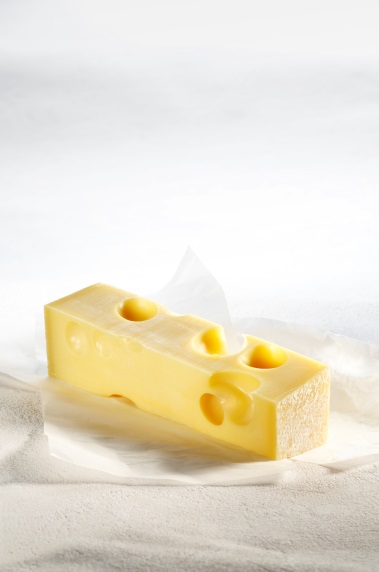 The smell of these cheeses brings to mind milk, chocolate liquor and candied fruits. When tasted, the aroma of broth and an astringent stinging flavour reveal themselves. The texture of the cheeses ranges from soft and tender, to firm.

They are often eaten alone, in sandwiches or as canapés. They have been used in cooking for a very long time, for different purposes, such as shredded or sliced in the gratins, tarts, fondues, soufflés, crusts, ham and cheese toasts, pastas, crêpes, or as cubes in salads.

When cooked, the pressed, cooked cheeses give their tenderness to the stuffing and dressings, and their crunchiness to gratins. Whether grated or not, their uses have proven to be diverse in modern cuisine. 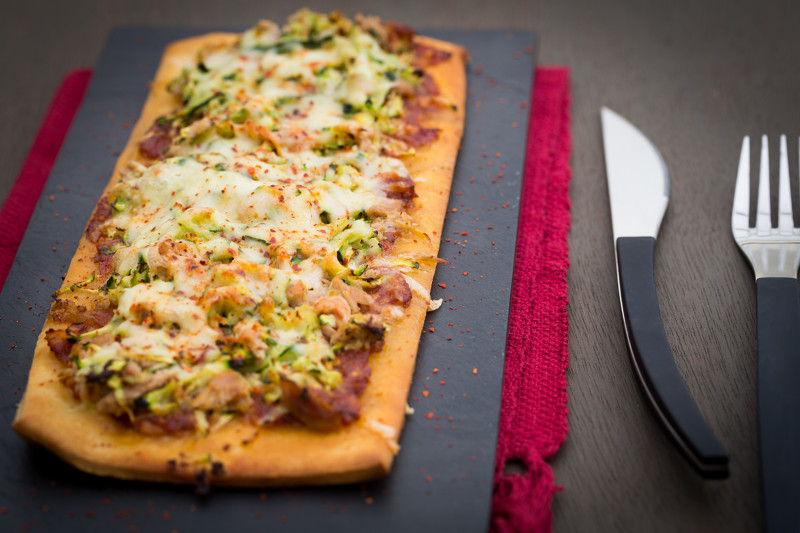