If you’ve spent any amount of time on Hollywood Road in Sheung Wan, you’ve likely noticed this street art wall. Or maybe you don’t automatically notice the graffiti covering the walls of many districts in Hong Kong because you’re more occupied looking for a good place to eat!

Born in the United States in the 1970s, street artists use the walls of big cities to express their thoughts and ideas, often inspired by current political events. They often include humour, catchy slogans and double entendres to subtly send messages.

Many artists haven’t hesitated in finding their source of inspiration in… CHEESE! In fact, if you really think about it, it’s not that surprising. Cheese is a consummate worldwide product; it speaks to people and possesses varied cultural images. So why shouldn’t street artists use it as an inspiration source? It offers a real imagination playground on behalf of its various aromas, flavours, origins and names.

This artist’s name comes from a mash-up between Banksy, one of the most renowned street artists of his generation, and award-winning actor Tom Hanks. Inspired by both art and film, you can find Hanksy’s work on the streets of New York and Chicago and, more recently, on paper at NYC’s Krause Gallery, where he quickly became a social media phenomenon. The image below shows one of his first works, using cheese to communicate a humorous and engaging message. 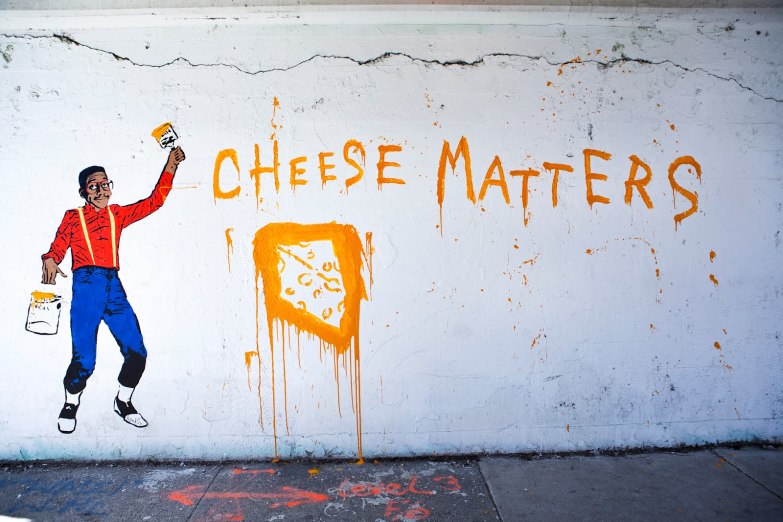 Eine’s work has been remarkable around East London, Shoreditch and Hackney for many years now. This artist has become one of the most renowned of his generation, and he has recently worked in association with Cheese London, a London graffiti writer, to create this large-scale work inspired by cheese. 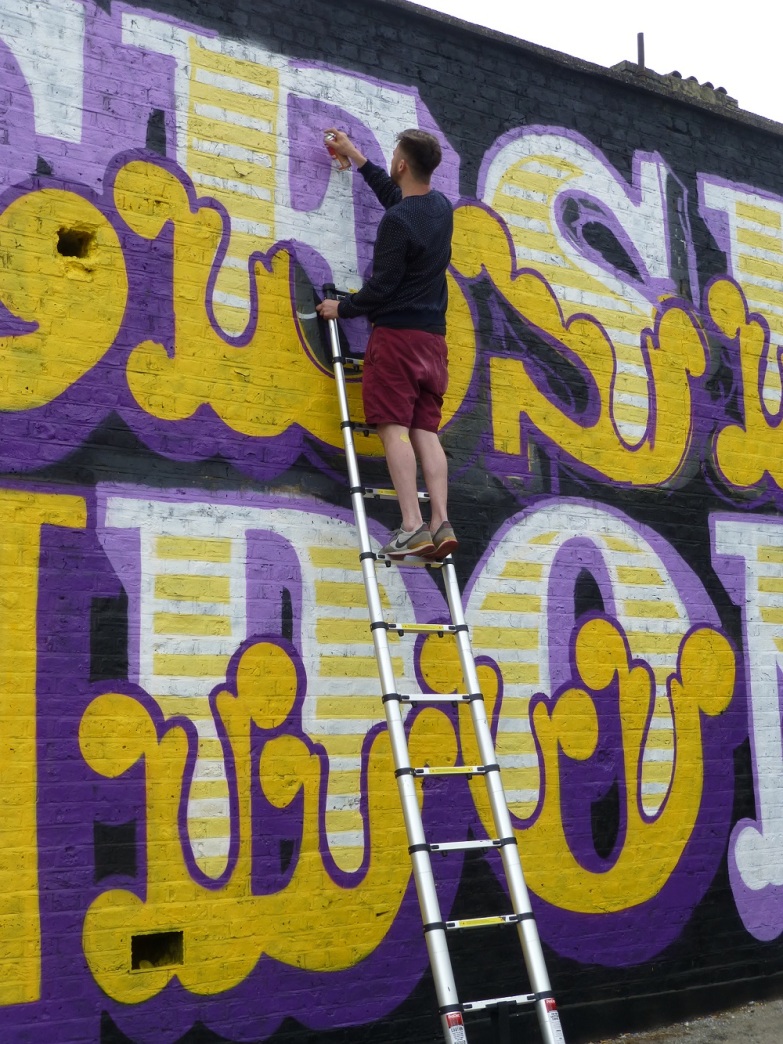 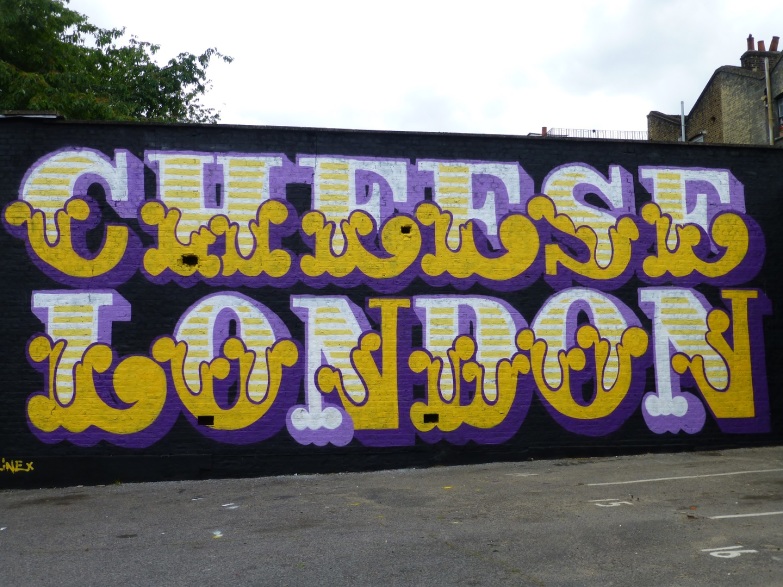 Bradley worked with food art experts The Robin Collective and food sculptor Jacqui Kelly to create his “Brie-oncé”. He incorporated 20kg’s worth of Brie, and it took him 28 hours of work to present it at the East Village Cheese and Wine Festival in London. What a brie-lliant idea to use cheese in a new artistic way! 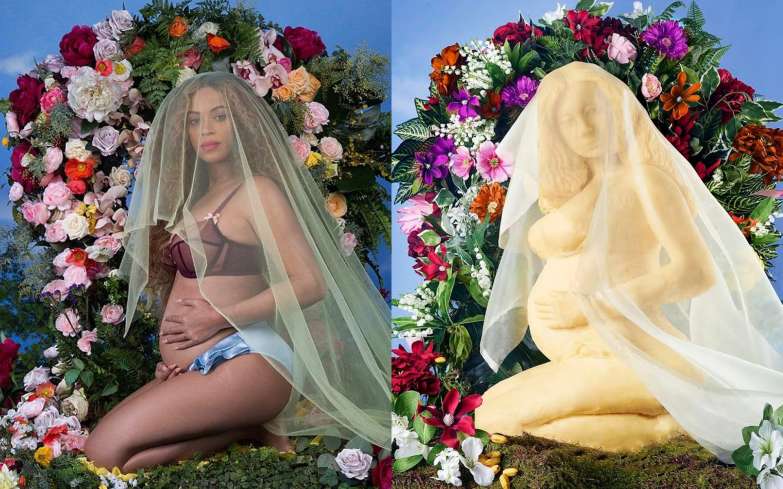 Chosen amongst 50 other artists, “Operation Cheese” by McGuire, from Ithaca, NY, helps to both conceal large electrical boxes and fight against vandalism. 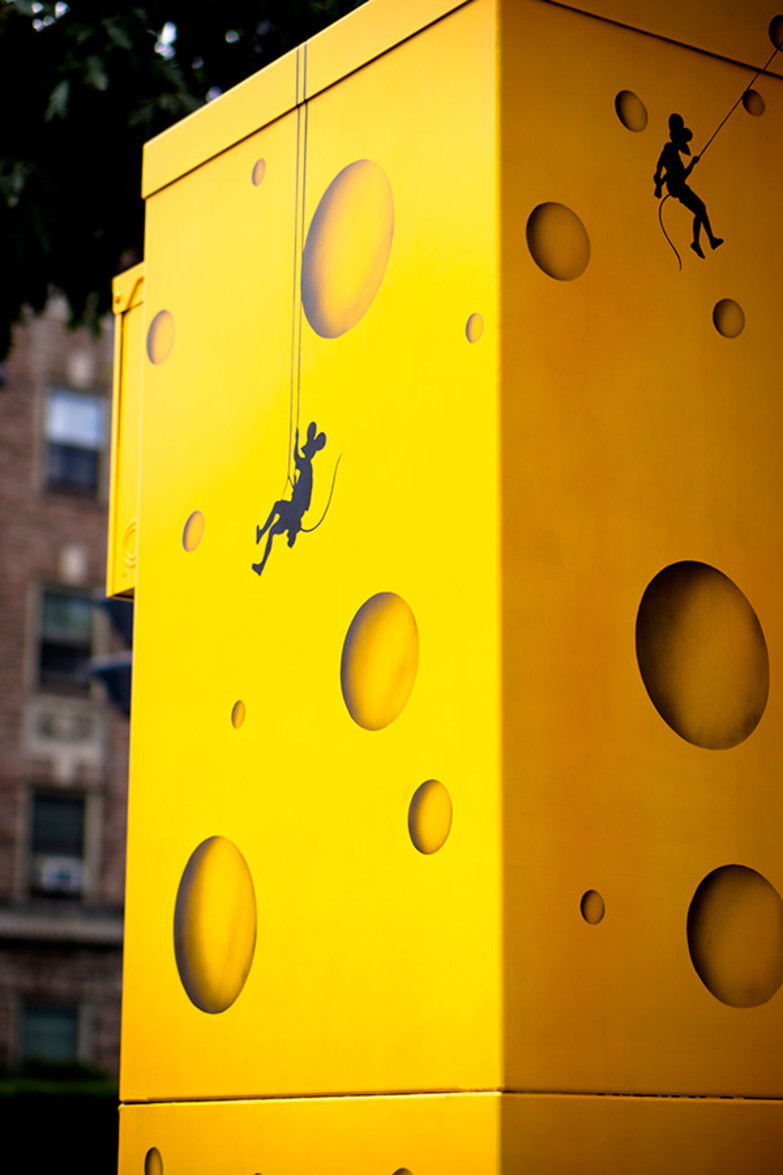 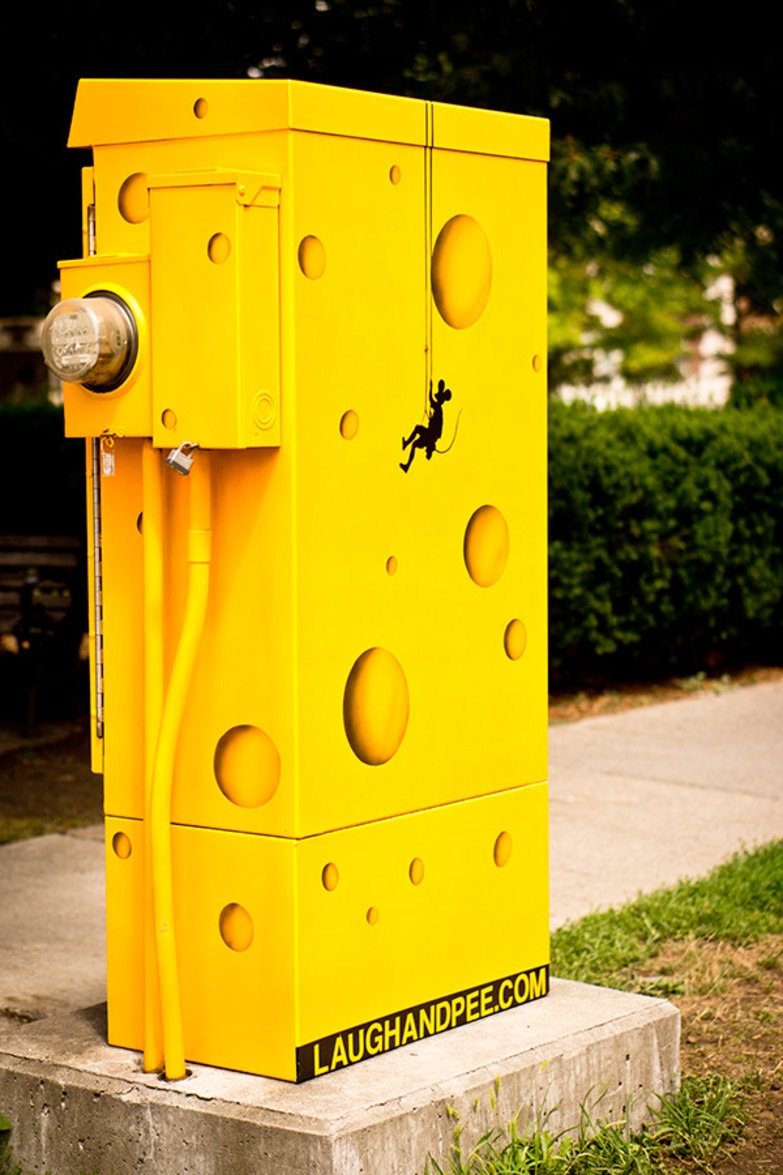 Bob is a talented street artist from New York who succeeds in turning boring and inanimate objects from the street into artistic masterpieces. Here, Gruyère cheese is used for its aesthetically pleasing shape and colour. 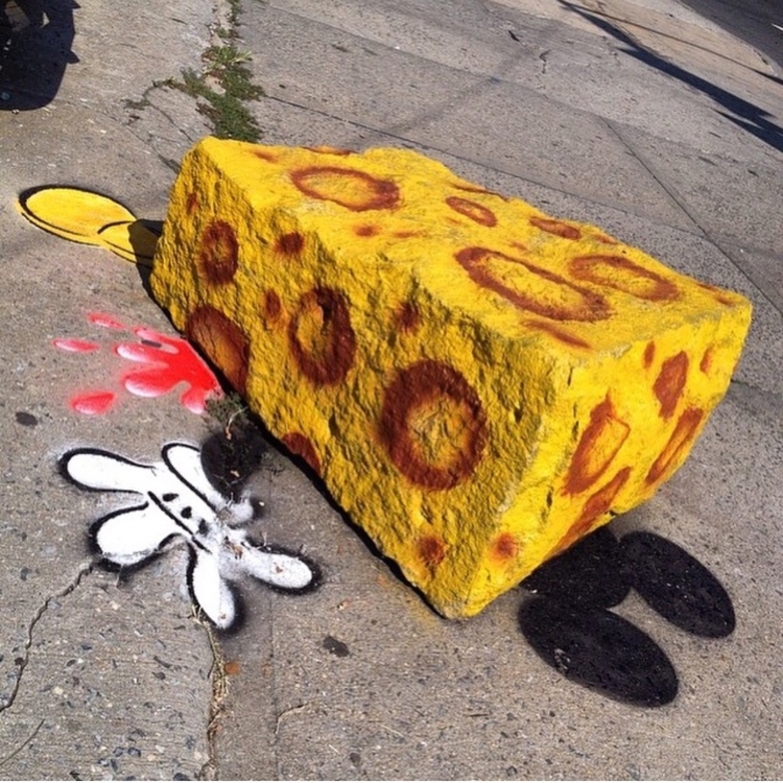 And we haven't forgetten these anonymous cheese-loving artists from around the world! 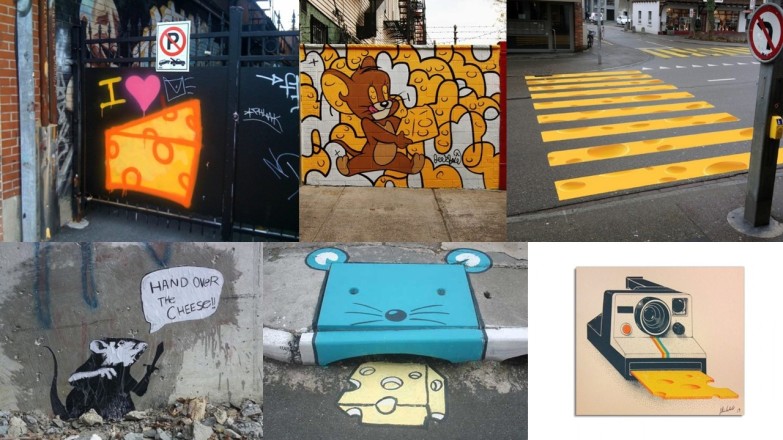 Always remember that cheese is as good to taste as it is to see!