Don’t want to break the bank? Lunch is a much more affordable option at three of our Foodie faves

We’re all for celebratory dinners, date nights and evenings on the town with friends, but too many suppers out can do some serious damage to our wallet. Lunch is oftentimes the best solution, allowing us to sample all the latest and greatest menus in town at an affordable price point – set lunches in particular have become our BFF. These are some of our favourite spots for supreme lunchtime noshing.

Buzzy neighbourhood tapas bar 22 Ships took home the Editors’ Choice Best New Restaurant prize at The Foodie Forks 2013, beginning the onslaught of tapas hysteria across the 852 as well as Michelin-starred British chef Jason Atherton’s dominance on the HK dining scene (he’s since gone on to open Ham & Sherryand Aberdeen Street Social). The queues in the evening have not died down in the past five years, but the good news is that bookings are now taken for lunch, so you can spend more time chowing down than waiting during your lunch hour. From the standard menu, our go-to dishes are the Spanish breakfast (a blanket of smooth-as-silk potato purée crowned with bits of chorizo and poached egg), the squid with piquillo peppers and lime (above) and the peanut butter, condensed milk and banana concoction for dessert, but Chef Aaron Gillespie’s daily blackboard specials deserve a look-in too. 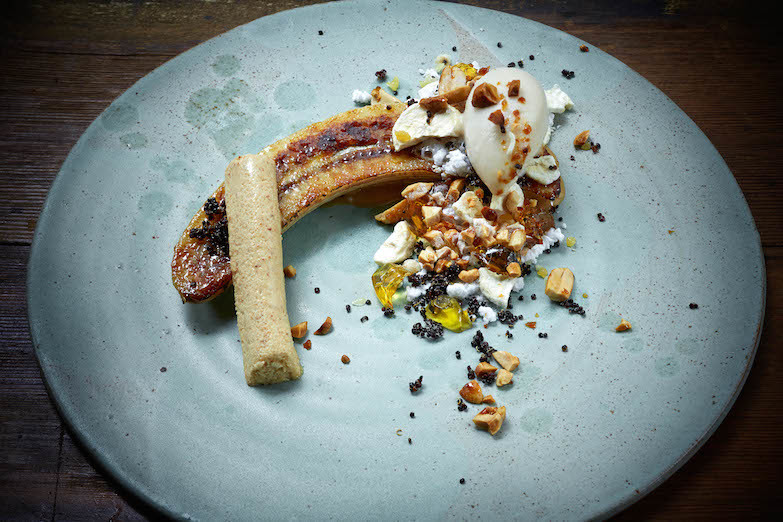 Winner of Readers’ Choice for Best New Restaurant in last year’s Foodie Forks awards, this Michelin-starred French restaurant helmed by Chef Nicolas Boutin may be a splurge at dinnertime, but Épure’s lunch menu is a relative bargain, accentuating the pure flavours of prime French ingredients. The lunch menu changes seasonally – this spring, we’re looking forward to the light and fresh flavours of the escabeche-style mackerel with cucumber, garden leaves and elderflower syrup and the monkfish with asparagus, spring onion and verbena. Two-, three- and four-course set lunches are offered, priced from $386 per person. The price tag includes a bounty of extras: canapés, amuse-bouches, petits fours and coffee or tea. 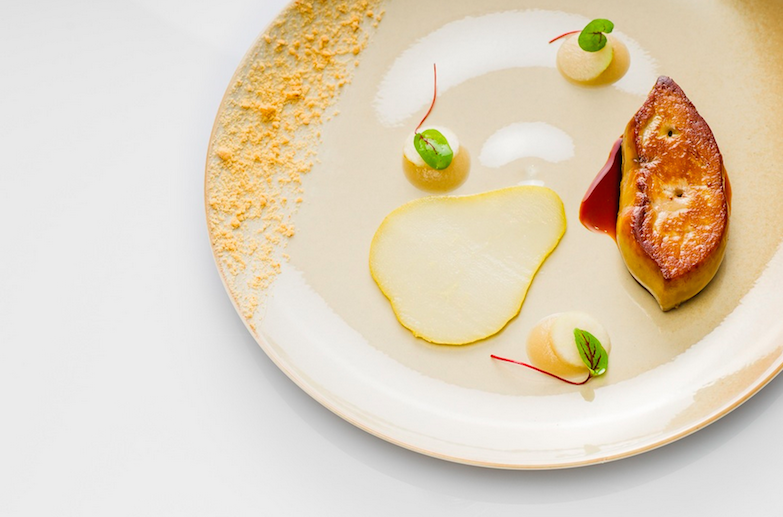 Nate Green’s Sai Ying Pun stunner Rhoda has been nigh-on impossible to book since its opening nearly a year ago, with the chef’s creative, modern takes on comfort food and family-style dining winning the hearts and tummies of both critics and the people who really matter: the public. You have a better opportunity to see what all the fuss is about now that the eatery is open for lunch. An à la carte menu is available at lunchtime, but it’s the chef’s newly launched weekday set lunch that has piqued our taste buds. For only $128 for two courses or $148 for three courses, you can choose your dishes from the revolving set menu – perhaps a starter of Mangalica pork country terrine followed by flank steak with crushed potatoes and broad beans, with chocolate and mint sorbet with 100s and 1000s (that’s sprinkles to all the North American folk out there) for afters. This one’s definitely a contender for Foodie Forks Best New Restaurant this year. 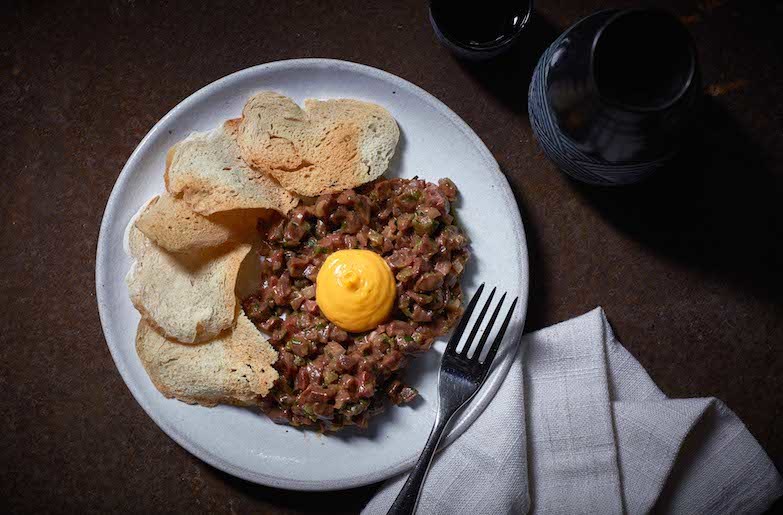 What other restaurants are your leaders in the Best New Restaurant category for the 2017 Foodie Forks? Cast your votes now!