Infographic: Place Settings around the World

Home-appliance manufacturer Amica has put together an illustrated guide to place settings around the world. You will probably be more familiar with the traditional settings, but as fast-food culture expands its reach and people’s lives become busier, the modern settings they’ve created become more representative.

Here are the traditional cutlery set-ups for a few different cultures around the globe: 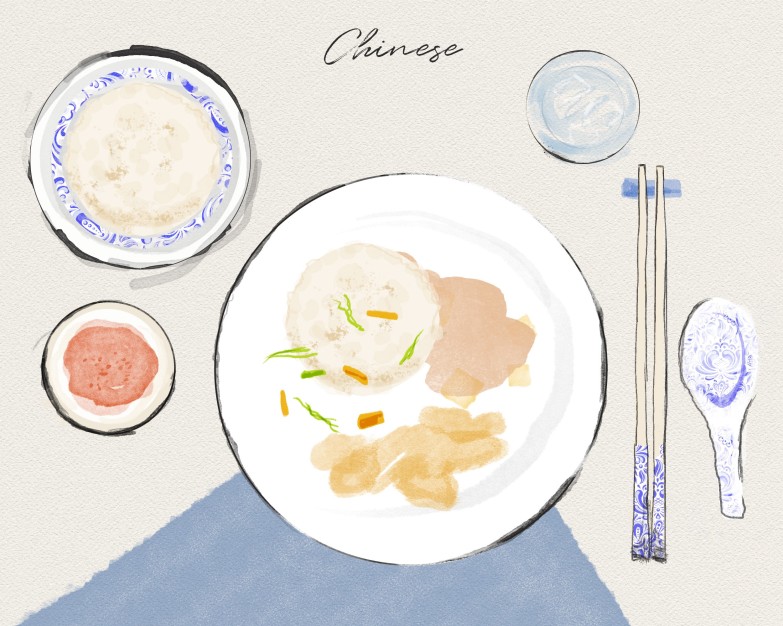 The Chinese tend to use round tables, with lazy Susan turntables for larger groups of people, as this enables easy sharing of dishes, although square and rectangular tables are used also for smaller groups. Table settings include chopsticks and a spoon for cutlery, plus a large plate, a small bowl, a bowl for rice and a teacup. The cutlery tends to be situated to the right of the plate.

There is also a seating order when it comes to Chinese dining etiquette. The oldest person or the person with the highest status faces the entrance and has the most central seat at the table. Guests higher up the hierarchy within the group sit closest to the person with the most status. The chair for those with the lowest social standing is situated nearest the kitchen entrance. 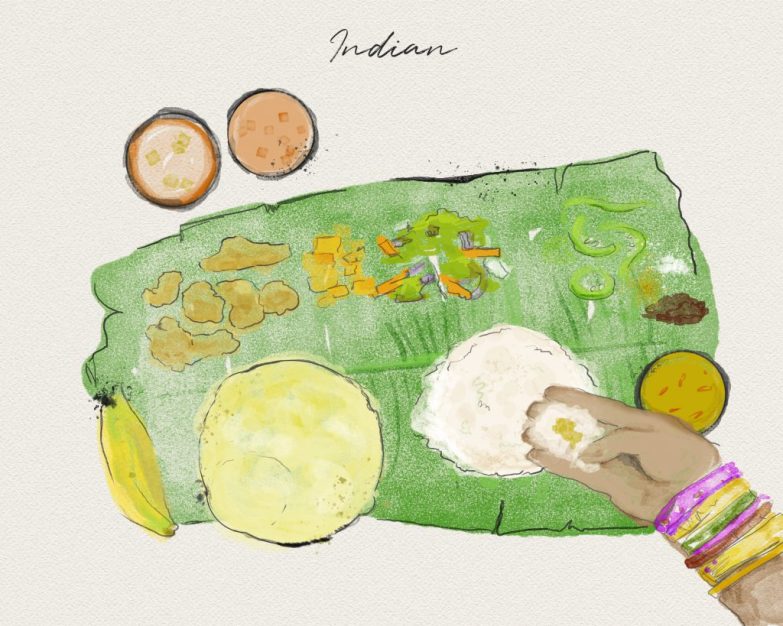 In Indian culture, it is common to eat with your fingers and food is traditionally eaten with the right hand. It’s viewed as unclean to use your left hand for dining. There are two traditional dining set-ups: a thali, which is a round platter with multiple katori dishes, and a large banana leaf. Both are used to serve diners a little bit of everything. 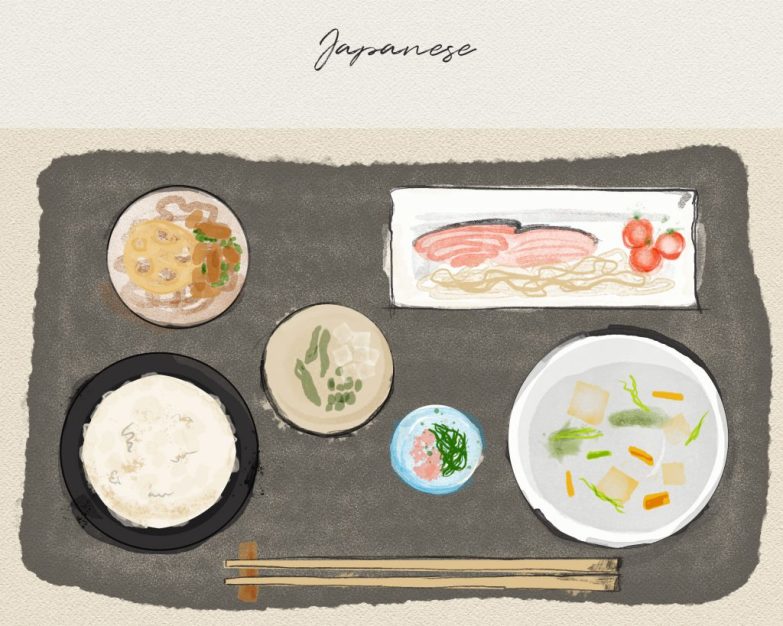 Japanese cutlery centres around chopsticks that sit directly in front of the diner. The style of their food settings embodies ichiju-sansai, which means one soup and three dishes (one of the dishes is usually rice). Traditionally, table settings in Japan require an individual wooden table for each person, although this is less common today and Western-style tables are normally used. Commonly on a Japanese table you will find chopsticks and a chopsticks holder, a soup bowl, a rice bowl, a plate, a large bowl and a small bowl. 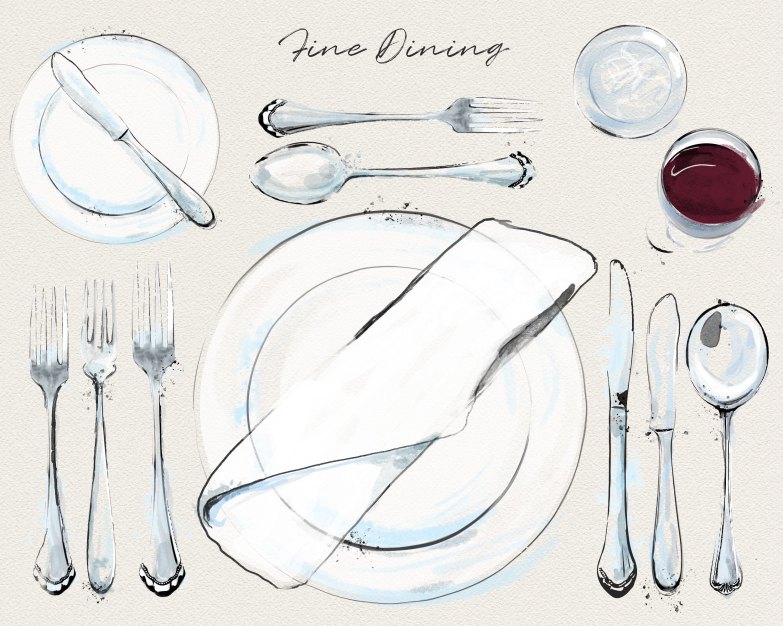 Traditionally, the British dining set-up resembles that of the modern fine-dining experience. Everything is based around utensils, a central plate and a smaller plate. Diners have several utensils for different courses, a smaller plate for bread and a napkin to put on the lap while eating. Everything on the table tends to be lined up in order of use, with the outer cutlery used first. Diners make their way inwards towards the central plate as they progress through the courses.

The above artwork is historically what you’d find in those cultures, and it does remain the typical way for dining. However, modern dining is more likely to be based on convenience. Fast-food restaurants are now readily available around the world, and their impact has changed how cultures eat their meals.

Traditional dining is now seen as a formality, but day-to-day dining can resemble the styles below. While the modern dining illustrations centre on Western food types and meal choices, our research shows that other cultures around the world are now just as likely to sit in front of the TV with their dinner or eat on the go. 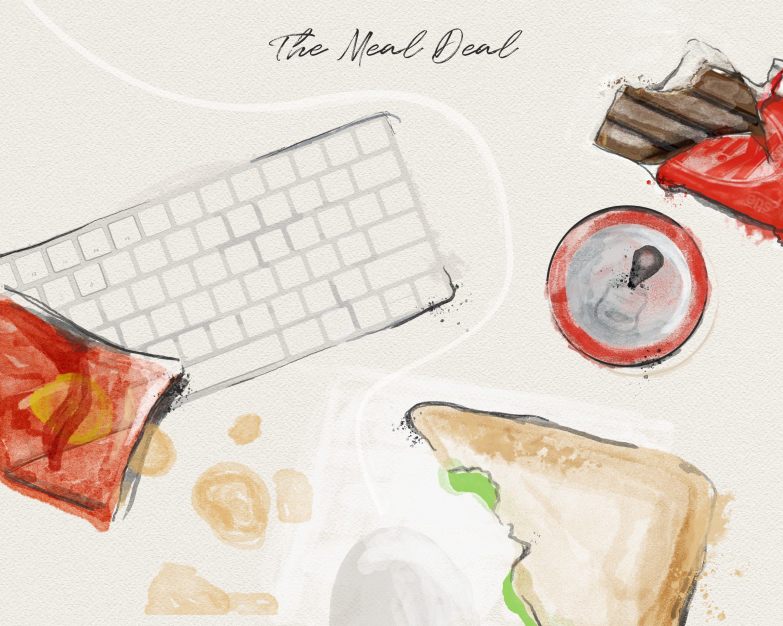 Eating at your desk or at the office is not uncommon, and in the UK, this typically involves a drink, a sandwich and either a packet of crisps or a chocolate bar. 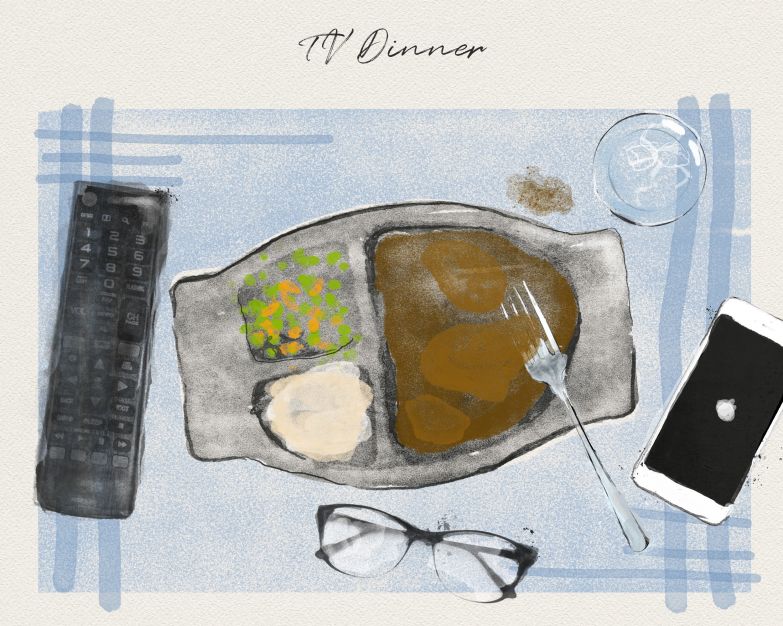 There is a decline in family meals sat around the table, and it is now common for families to eat in front of the television. While it is still likely for children to eat their meals at the table, parents often eat later after the children have gone to bed, and they combine parts of their day to save time. TV “microwave meals” are a convenient food option for busy lives. With the meal already set out in a tray that can be disposed of, these meals are taking over from traditional place settings. 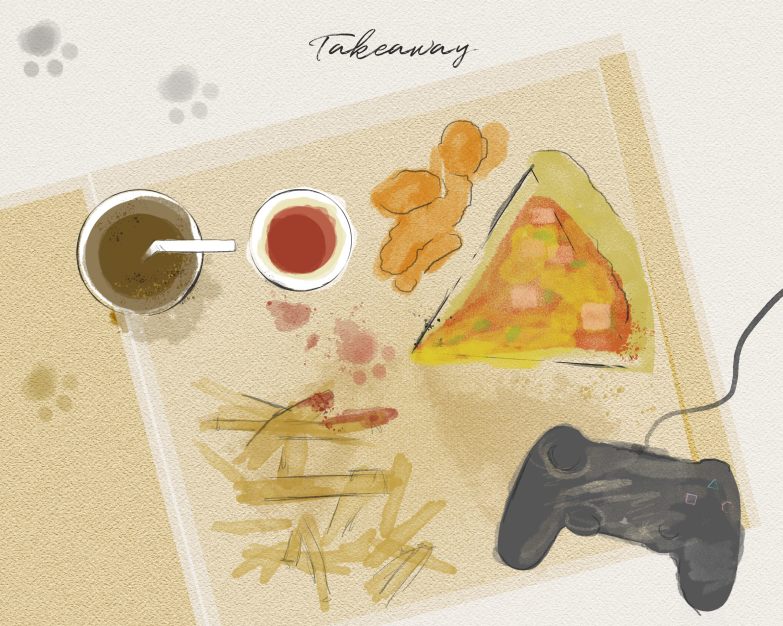 Similarly to the TV dinner and meal deal, takeaway food is eaten from disposable containers and there is little need for cutlery or traditional place settings. Diners simply eat from the containers and bin their rubbish when done.