From Ashley Sutton’s latest to a restaurant by celebrated Peruvian chef Virgilio Martínez Véliz, here are the latest and greatest F&B spots in the 852 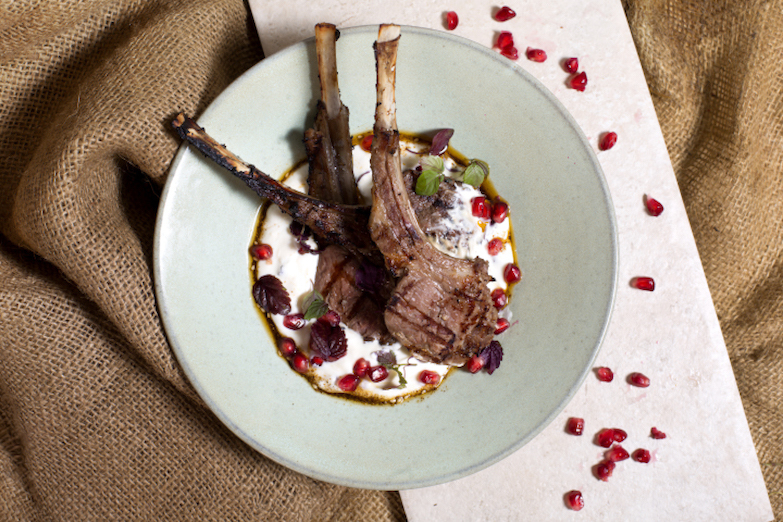 From the folks behind cool-cat Brazilian boteca Uma Nota comes relaxed, contemporary Middle Eastern bar and restaurant BEDU, featuring seasonal and bold dishes like beetroot and mint labneh, sweet spiced tuna with honey harissa and preserved lime salad, twice-cooked duck claypot and rack of lamb with garlic labneh and za’atar oil. Like the Bedouin for which the spot is named, the focus is also on community, with local produce used whenever possible, natural wines selected from neighbourhood suppliers and the use of handcrafted plates by a Hong Kong–based ceramicist. We’re big fans of the flavours and vibe at Uma Nota, so we can’t wait to check out BEDU.

This one has come from out of nowhere, but we’re excited to report that, as of 5 July, revered Chinese food journalist and TV presenter Chua Lam is opening up his very own spacious pho shop in Central, partnering with popular Melbourne pho specialist Pho Dzung. After years of searching for the best pho recipe, Mr Lam says he will be serving up “a bowl of pho to remember”. We’re ready!

This one sounds like another winner from Australian designer Ashley Sutton of Ophelia, The Iron Fairies and Dear Lilly, again working in collaboration with Dining Concepts, this time opening at the newly unveiled Tai Kwun arts and heritage hub in Central. This one has a whimsical nature element at its core juxtaposed with a tribute to decorative glassmaker Louis Comfort Tiffany. 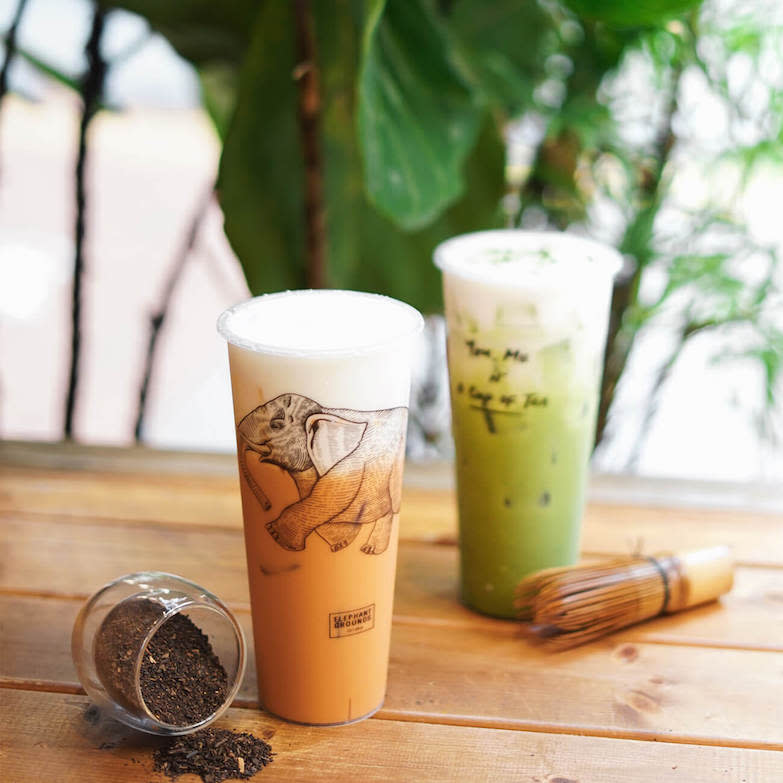 Coffee specialist Elephant Grounds has turned its attention to thirst-quenching iced tea this summer at this sweet little Pacific Place pop-up, on from now till the end of August. Showcasing loose-leaf teas by home-grown PLANTATION by teakha, the spotlight here is on three fruit-based teas and a Thai iced tea with a vanilla milk cap. Coffee and cakes are also on the menu. 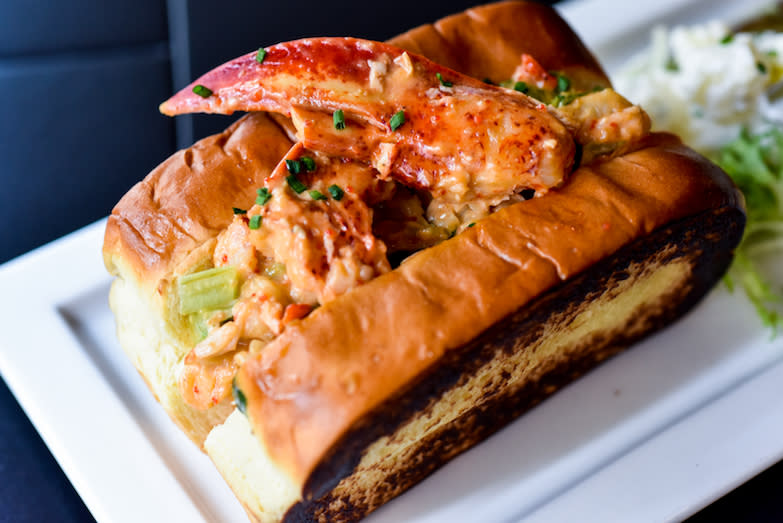 Sibling to Fishsteria Seafood Place in Wanchai, this casual, under-the-sea-focused eatery by Chef Gianni Caprioli will open towards the end of July in a prime waterside location. In addition to signature dishes like lobster macaroni and grilled, braised or salt-baked Orbetello fish, sandwiches feature on the menu – we’re already drooling over the lobster roll and tuna poke focaccia. There’s also a retail counter stocked with fresh fish, seafood and cheeses and Italian pantry staples like olive oil and dried pasta. 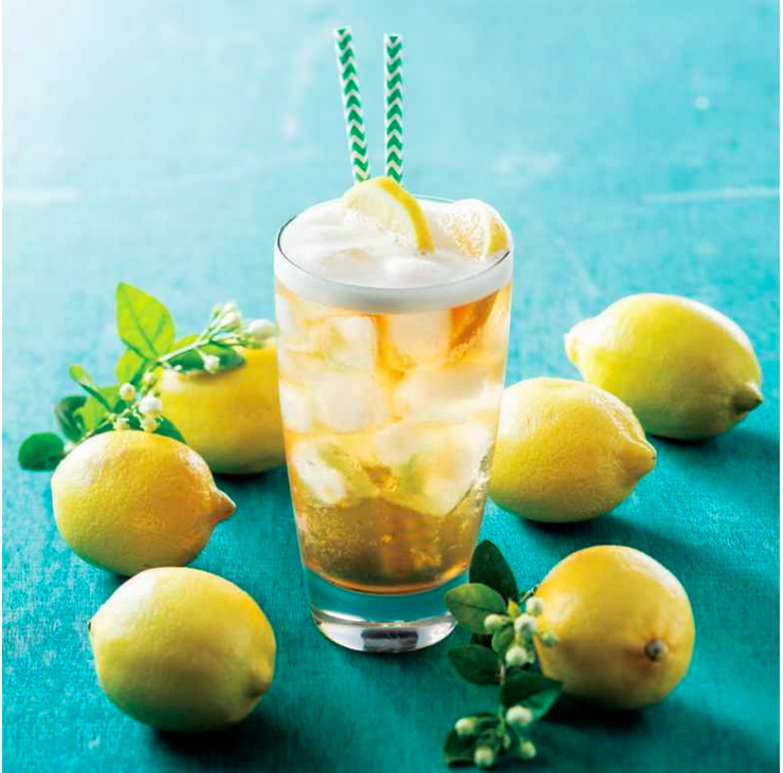 Since its opening last summer, handcrafted floral tea specialist Flamingo Bloom on Central’s Stanley Street has gone from strength to strength, launching another tea salon in TST and an international outpost in Kuala Lumpur – and picking up a Foodie Forks award for Best New Concept along the way. The latest branch at ifc mall – opening on 5 July – means that when we’re in Central, we’ll never be far away from FB’s addictive iced Highland Oolong Latte (with boba and a salted milk cap, natch). Note to self: the eats at ifc mall are looking mighty fine these days – we’re looking at you, Shake Shack and Irvins. 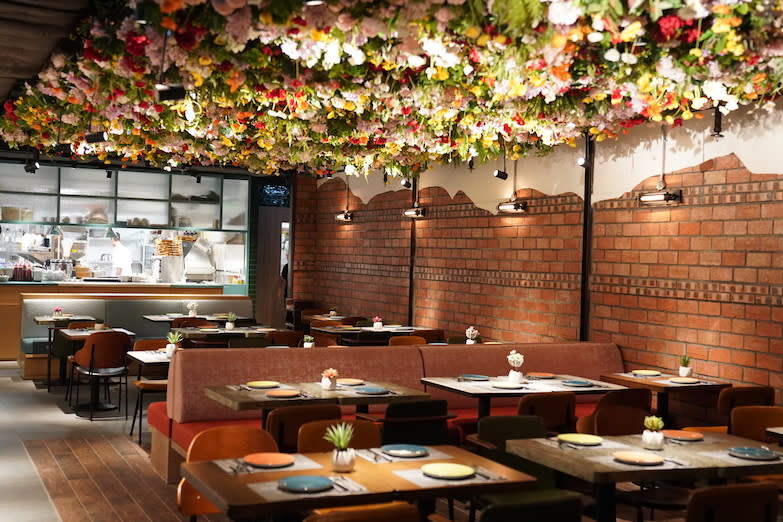 Along with its first location at ifc mall, Gaia Group’s Glasshouse has hit Cityplaza. This relaxed, homey bar and restaurant focuses on premium East-meets-West food and drink, with dishes including Caesar salad with runny egg and soft-shell crab, Ibérico pork belly rice and Singapore noodles with lobster and serrano ham. The dessert offerings sound particularly appealing – think butter-custard fondue and Chiu Chow waffle with sesame, peanut and sugar – as do the summery cocktails.

Launching in mid-July, The Green Platters is an ethical catering company run by mum-of-two founder Bhawna Shetty that prepares beautiful and bespoke meat-free platters, boxes and grazing tables for any occasion (we think they’d be perfect for a beach barbecue or junk outing in addition to corporate parties and birthday celebrations). A big thumbs up to the eco-friendly packaging and commitment to sustainability. We can’t wait to dig into one of these beauties! 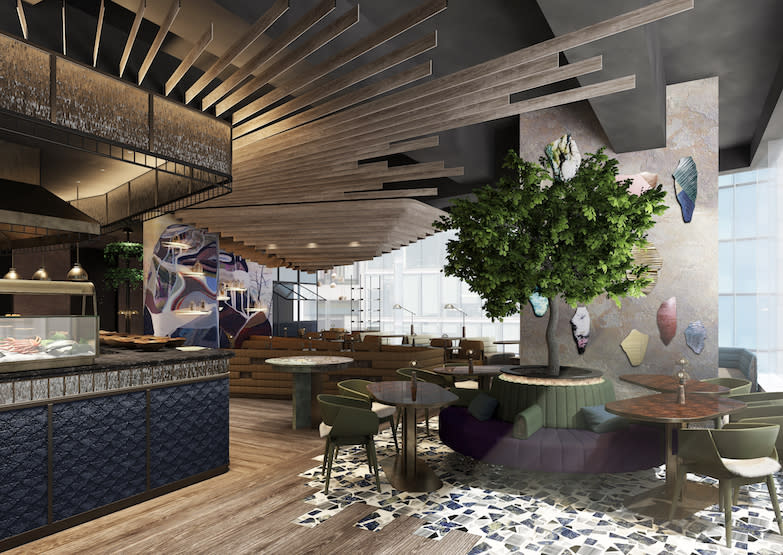 The newest restaurant to hit art-focused building H Queen’s in Central (May saw the opening of French-Japanese restaurants Arbor and ÉCRITURE) is ICHU Peru, a partnership between Dubai-based Bulldozer Group and acclaimed Peruvian chef Virgilio Martínez Véliz, whose restaurant Central in Lima, Peru, currently ranks at number 6 on The World’s 50 Best Restaurants list. Chef Martínez says that ICHU is set to showcase “much-loved Peruvian dishes in a comfortable, welcoming, casual environment”, along with a dynamic, contemporary interior design, bar, chef’s table and spacious outdoor terrace. Impressively, three key members from the chef’s kitchen staff at Central have been relocated to ICHU, with Korean chef Sang Jeong leading the team.

La Petite Maison is coming to H Queen’s in Central! This branch of the London-based LPM mini restaurant empire is set to serve up the same stellar Niçoise and Mediterranean dishes in chic but relaxed surrounds.

For those nostalgic about old-timey sweets, there’s no better place than global confectionery chain Mr Simms, which is all about candy, candy and more candy, with a particular focus on British sweets. This newest location joins other HK branches in Central, Mongkok and at the airport. Pick ‘n’ mix, here we come! 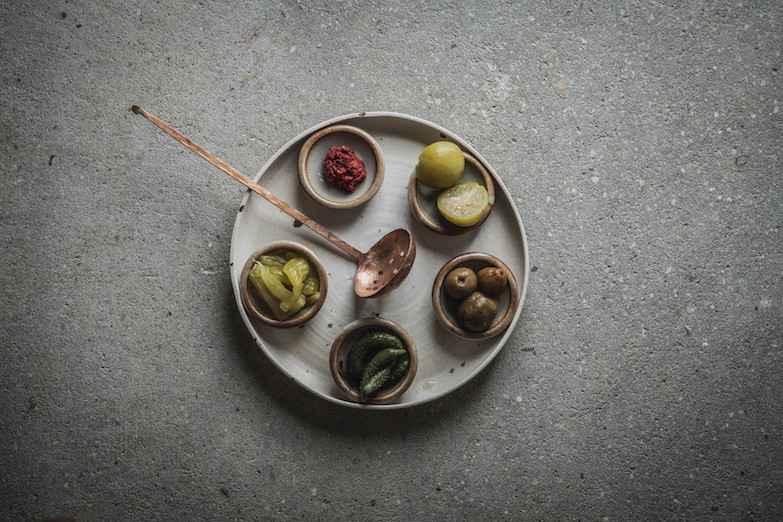 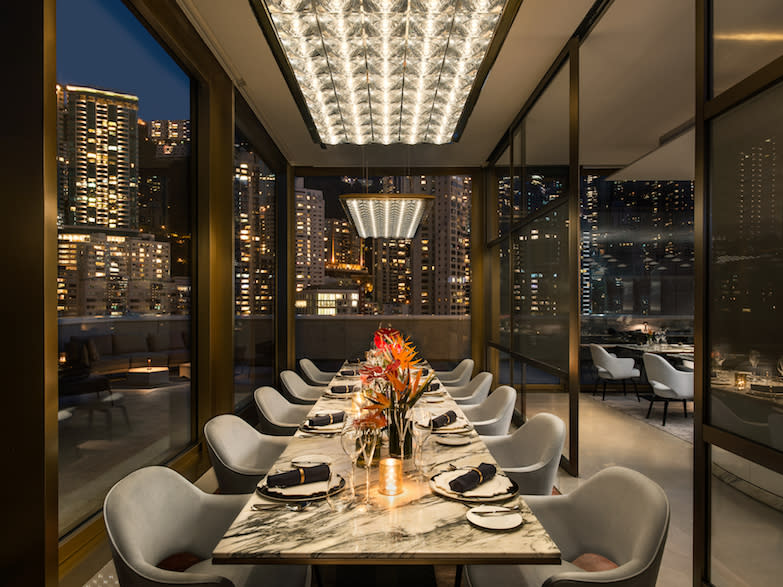 Rooftop bar and restaurant Popinjays is the latest addition to The Murray hotel’s stunning F&B selection. Taking its name from the resident cockatoos along nearby Garden Road in Central, this stylish Foster + Partners-designed spot (the views from the wraparound terrace are to die for – take it from us) is set within a purpose-built glass pavilion filled with natural light and features French-influenced menus by seasoned chef Didier Quennouelle – both seasonal tasting menus on weekdays and a weekend Birds of a Feather menu with shared dishes and free-flow cocktails. There’s also a private room charmingly dubbed The Aviary and a resident DJ on Wednesday–Saturday come sundown. 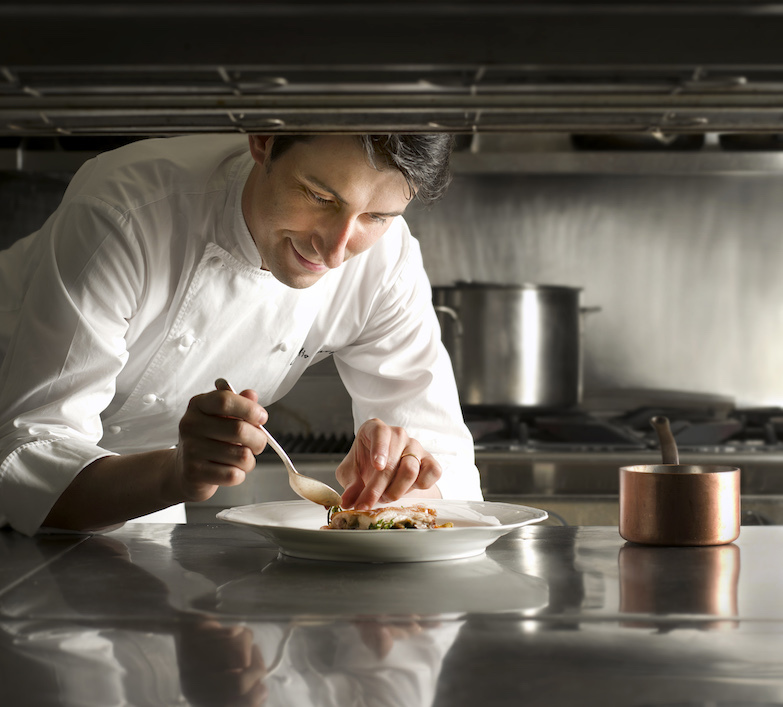 Sabatini at The Royal Garden hotel remains just as popular as it was back when it was first opened in Rome in 1964. The elegant, old-school decor is complemented by the addition of newly appointed chef Claudio Favero, whose CV includes a stint at two-Michelin-starred Don Alfonso 1890 restaurant in Italy. Chef Favero has devised a six-course tasting menu that spotlights the best-of-the-best seasonal Italian produce. Dishes include smoked kingfish with zucchini, spaghetti with crab and sea urchin and cherry-and-ricotta tart with limoncello sauce. 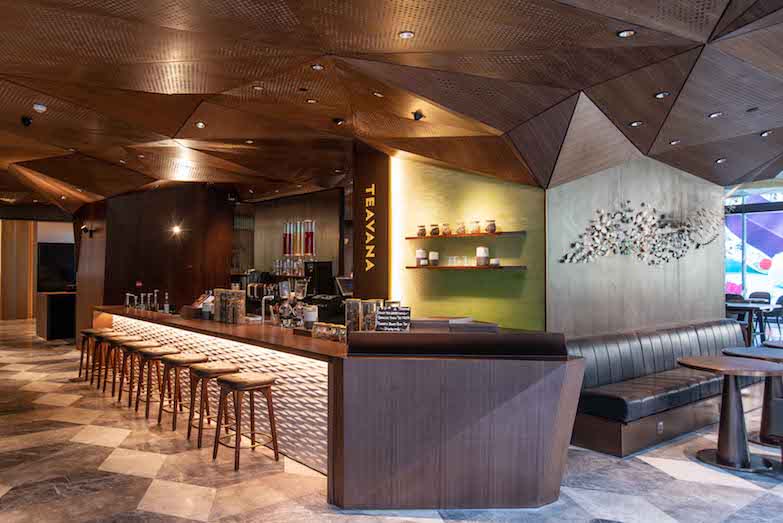 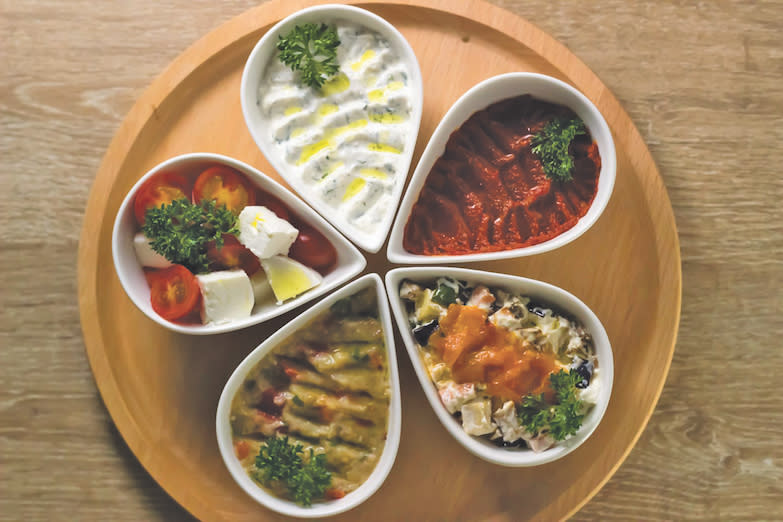 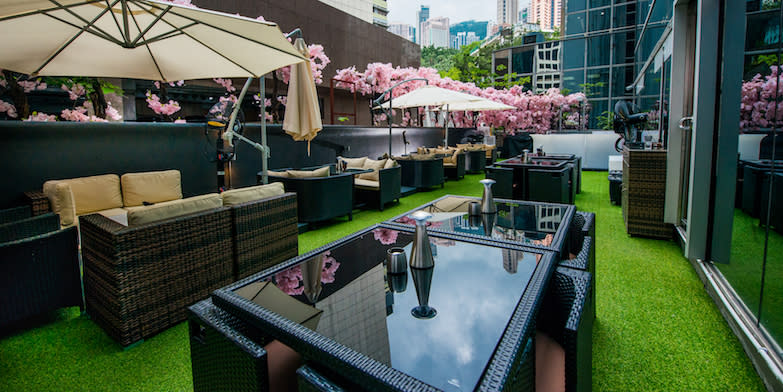 Opening on 6 July, Tenkei is a jack-of-all-trades Japanese concept in the heart of LKF with three distinct ares: a spacious, contemporary main dining room, a private party room and an al-fresco terrace, where both Japanese-inspired cocktails and shisha can be enjoyed. The izakaya-style menu with a twist includes signatures like Tenkei gunkan – a selection of spicy tuna, sea urchin and scallop sushi – maguro (tuna) tartare with avocado and yuzu dressing and matcha soba. 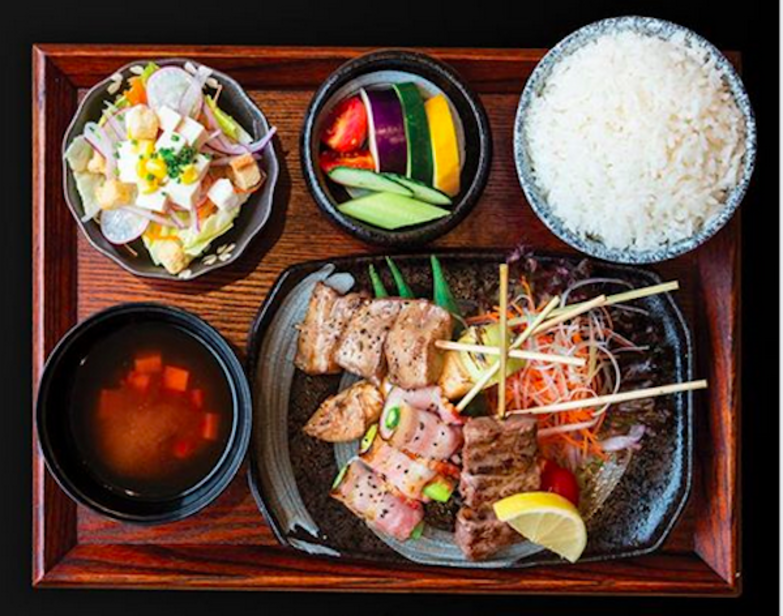 After eight years of shaking things up on Ice House Street in Central, iconic nightclub FLY by Buzz Concepts will spread its wings for the last time on Saturday, 7 July. Something bigger and better is slated to open in the space come September, so stay tuned.

This American chain specialising in hot wings, burgers, beer and scantily clad waitresses with dead eyes (at least at the Hong Kong branch) has shut on Wyndham Street in Central. We’re told Hooters have plans to relocate their HK shop to Kowloon. You have our sympathy, Kowloon folk, though we have to admit that their wings were truly delicious.

The fine-dining scene of our fair-weather friend Singapore is looking bleak at the moment. Joël Robuchon’s eponymous restaurant in Sentosa – the only three-Michelin-starred eatery in Singapore – is shockingly closing its doors this 30 June. With Chef André Chiang also shutting his lauded Restaurant André earlier this year after eight years of Michelin-starred success, we hope the remainder of the Lion City’s fine-dining restaurants can stay afloat.

Another F&B tenant on Central’s Wyndham Street has closed its doors, possibly owing to a combination of high rent and fierce competition from plenty of other stellar Spanish spots around town. We say adios to stylish Spanish eatery and lounge bar Zafran. Wyndham Street’s definitely becoming a bit chilly these days, despite the summer heat…

Which Hong Kong bar made the top 10?

The place to be in SoHo