Our Monday was made infinitely better last week when we dropped all responsibilities at work, let our hair down and rolled into Boqueria for a fiesta. 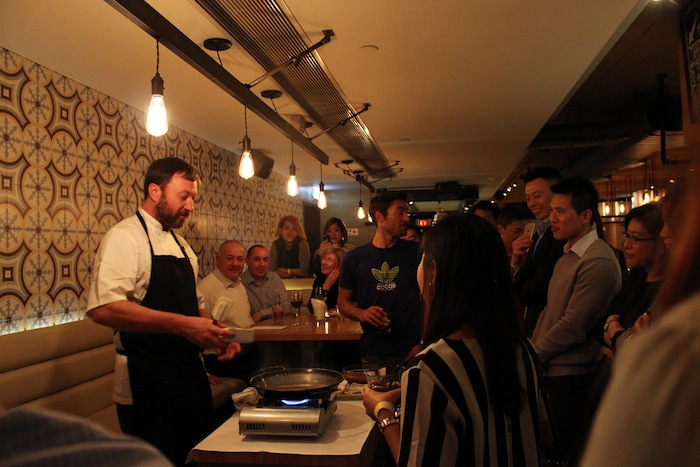 Having only recently celebrated their second birthday, Boqueria is an old reliable favourite with the Foodie team and our go-to place for brunch. Head there on a Sunday and you’ll find us roaming their stations of cured meat, cheese, suckling pig and grilled churrascos carts. 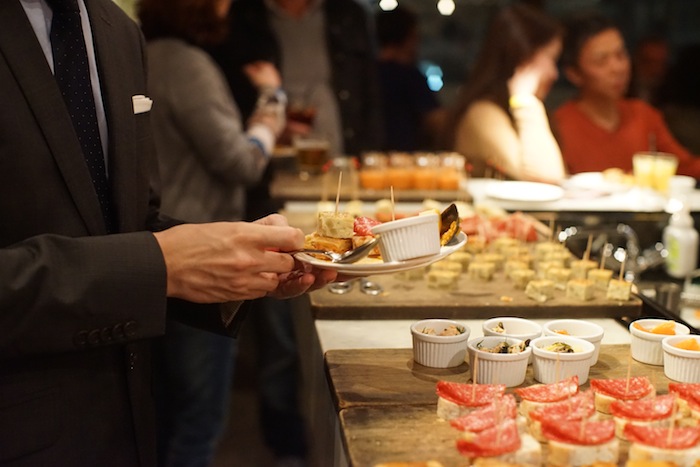 We discovered that their happy hour deal isn’t too shabby either when we rolled in after work on a school night for a cheeky Spanish fiesta. There was an endless supply of bites such as garlicky patatas bravas, creamy ham and mushroom croquettes and light tortillas to line our stomachs for the evening, and apart from the choice of red and white Sangria and Estrella beer, head chef Robert also left the kitchen for a while to show us how to make their signature paella. This gargantuan dish is piled with mussels, squid, clams and other catch of the day, cooked with a rich lobster broth on plump Bomba rice. We learned that rather than adding a bunch of meat and other things to the average everyday paella, this version is made in true Valencia style and only uses the freshest seafood. 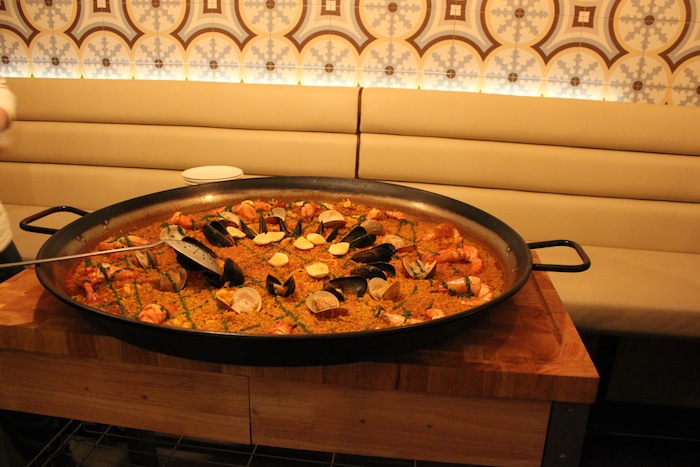 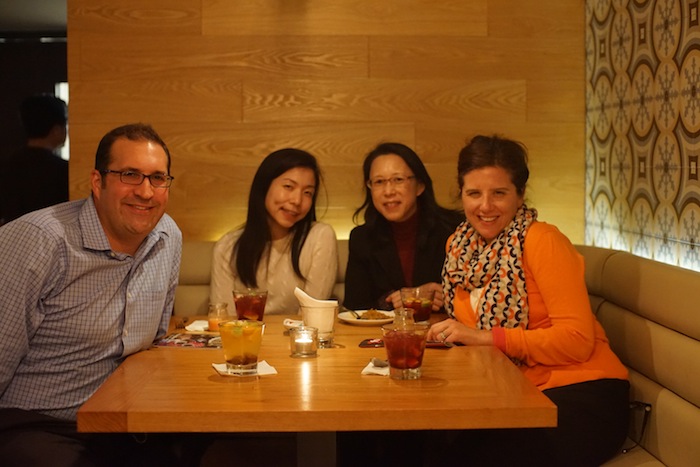 Just as we were about to retire for the night, we got ‘porroned’ by the eager bar staff, who were more than happy to serve us with porron jugs of wine and spirits, while the rest of the bar cheered along, to really give us a head start to the week. 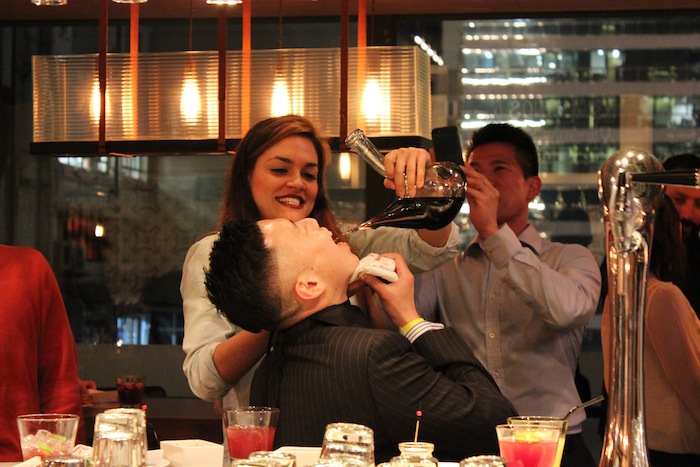 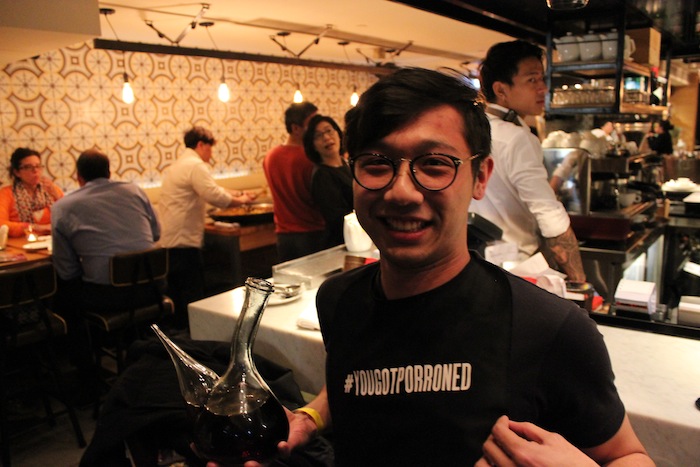 Head down for happier hours at Boqueria from 6–8pm every day bar Sunday for decent tapas, endless Sangria and fun times all for a very reasonable price of $188.