Written by NICK CONNELLAN and originally posted on Broadsheet Melbourne. All content and images attributed as such. 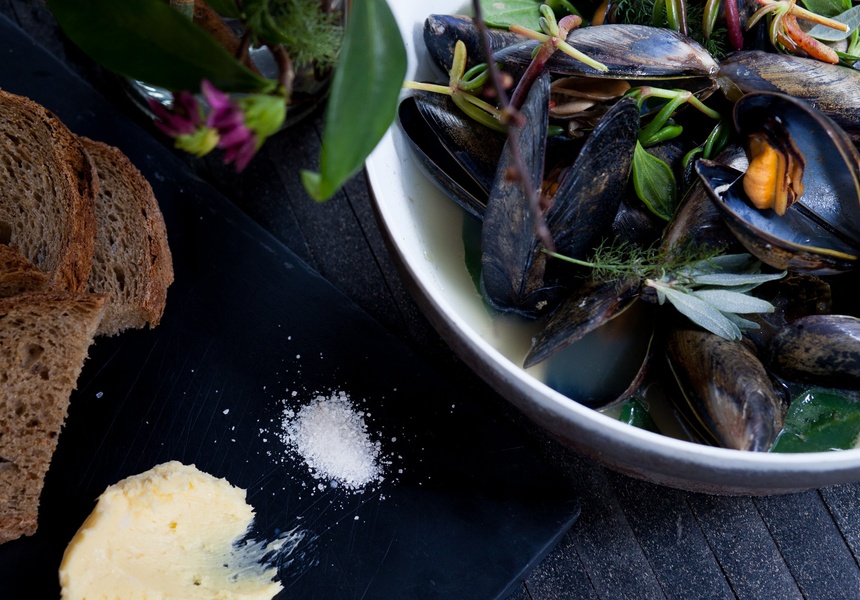 So it's true: you really can't fight city hall. Not even if you've pioneered the city’s first zero-waste cafes. So learned Joost Bakker this week, after losing a three-year battle with the City of Melbourne over the industrial composter behind Brothl. As a result, the “closed-loop” cafe will open for the last time on Saturday March 7.

"It's really sad, because I've got an amazing team," Bakker says. "But I've got a lot of projects on, and this fight was just taking up too much time." Despite the premature ending, he reckons Brothl is his most successful venture yet. 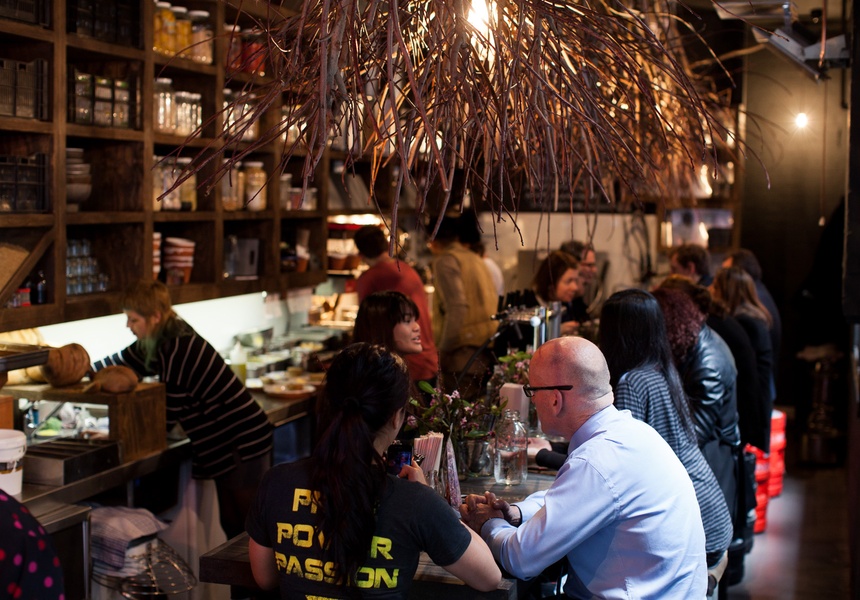 The cafe originally opened in 2012 as Silo, Australia's first waste-free restaurant. Bakker later transformed the space into a soup bar after noticing the amount of fish and animal bones being thrown out at Rockpool, Attica and other top restaurants. Since last August, Brothl has been collecting about 100 kilograms of this waste each week, and turning it into rich broths. In doing so, it has saved about 2.6 tonnes from going to landfill.

Leftovers at Brothl go to the back lane, where a 1.4 x 2.8-metre machine turns it into compost for Bakker's farm in Monbulk, saving even more waste from landfill. But it's this forward-thinking approach that started the battle, way back when Silo first opened.

The City of Melbourne claims the composter is a permanent structure, and Bakker says it wants him to sign a contract accepting all liability for it, on top of paying a $12,500 fee. This is despite CoM publicising the work done by Brothl on its website. 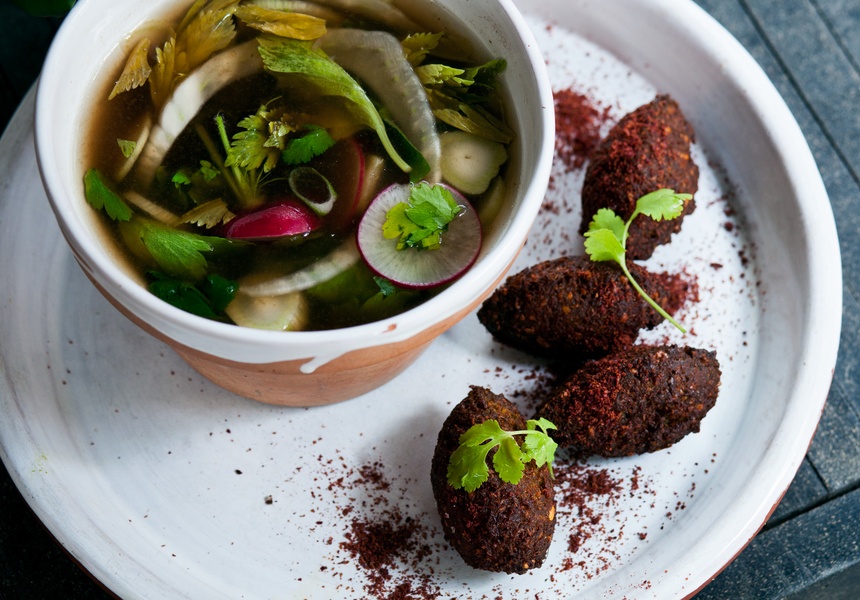 “I think it's a classic example of a really big organisation where one part of it is really supportive,” Bakker says, “but the other part, the engineering and technical part, just can't get their heads around it."

A CoM spokesperson claims the council actually worked for some years with the cafe’s operators to facilitate the installation of a dehydrator. As the machine couldn’t be inside the building, CoM issued a planning permit for Bakker to use the adjacent laneway on the condition that, “The restaurant [will be] responsible for any liabilities that might arise from [the composter's] operation,” the spokesperson says. “Two years later, that condition has still not been complied with.”

The spokesperson also says that if an eviction notice was issued, as claimed in other media, it did not come from council.

Bakker says he offered to put the machine on wheels, but the council argued it would still be connected to power inside its locked cage, making it semi-permanent. "It's worth a lot of money,” he says. “I can't have it set up like a wheelie bin in the laneway, because somebody will steal it." 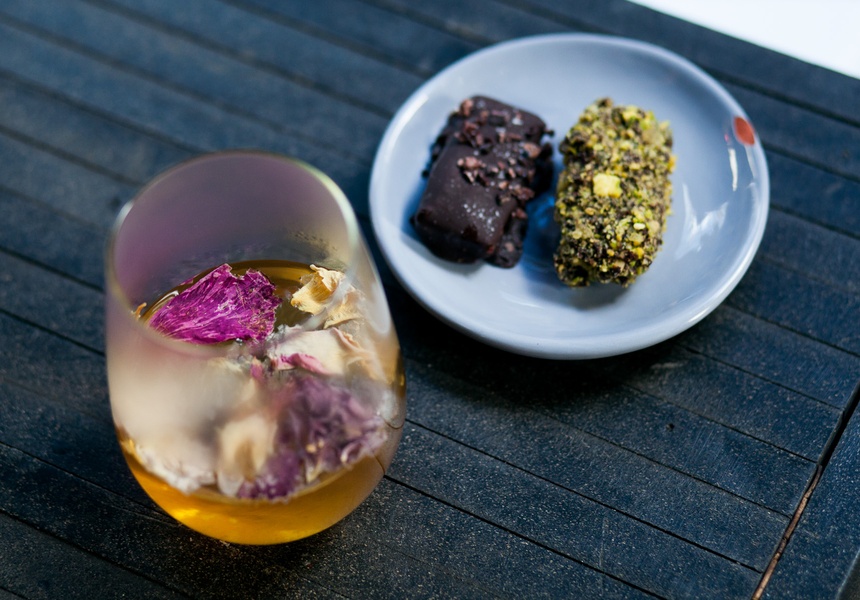 How much is a composter actually worth, though? Well, Brothl's current machine is leased, Bakker says, from a Melbourne-based company for $100 per week. But in the past he's paid as much as $64,000 for one.

At one point, Bakker actually considered paying the council's $12,500 fee, but later realised it wouldn't be constructive in the wider scheme of things. He didn't want to set a precedent, making it harder for others to implement a closed-loop system. “My whole intention was to try and make this mainstream,” he says. “If I paid up, it's not going to set a good example for everyone else."

But that's only one aspect of his position. The other is that his sterile composter – which is about the same size as a typical skip – has eliminated wheelie bins and bad smells in the laneway behind Brothl. “I haven’t had a wheelie-bin pickup in three years,” he says “Not one." 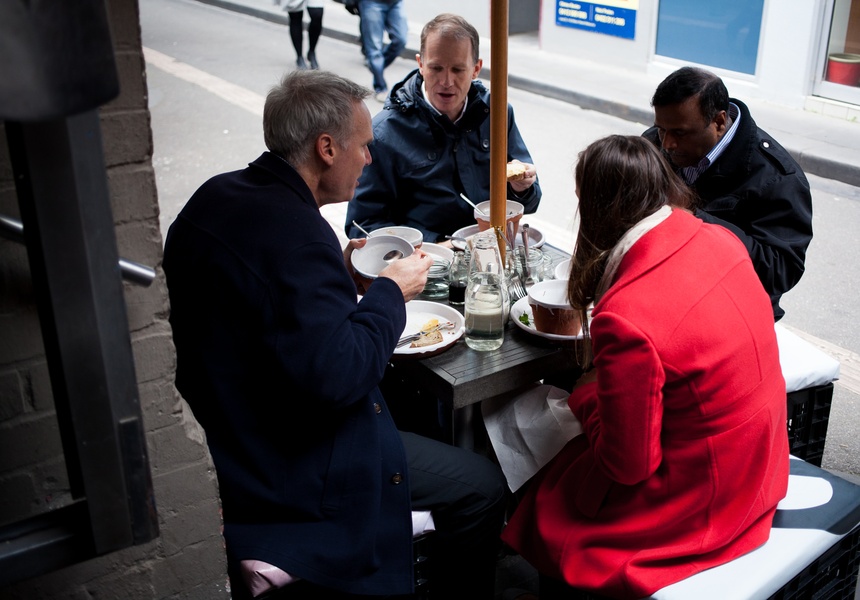 In August he even convinced the nearby Nieuw Amsterdam and Hardware Societeto contribute to getting a larger composter so the three venues could share. The council didn't like it. "It's actually crazy,” Bakker says. “You should be rewarded for doing this, not punished.”

For its part, CoM says it's committed to sustainability. “In 2013 the City of Melbourne installed a recycling facility in Degraves Street which turns tonnes of organic food waste into compost-like soil conditioner,” a spokesperson says. “On a smaller scale, council has also started working with local businesses on the installation of worm bins for the composting of food waste from restaurants.”

They may be so, but Brothl's closure remains a huge blow. "I'm quite negative about what's happened here, but at the same time, I'm really proud of what's happened with this idea in Australia and around the world,” Bakker says.

While the outcome of the dispute has dampened his spirits, this global support looks set to buoy him on to better things. "The idea is not dead,” he affirms. “I'm doing some really big things with Brothl as a brand – I just can't disclose what the next phase is yet." 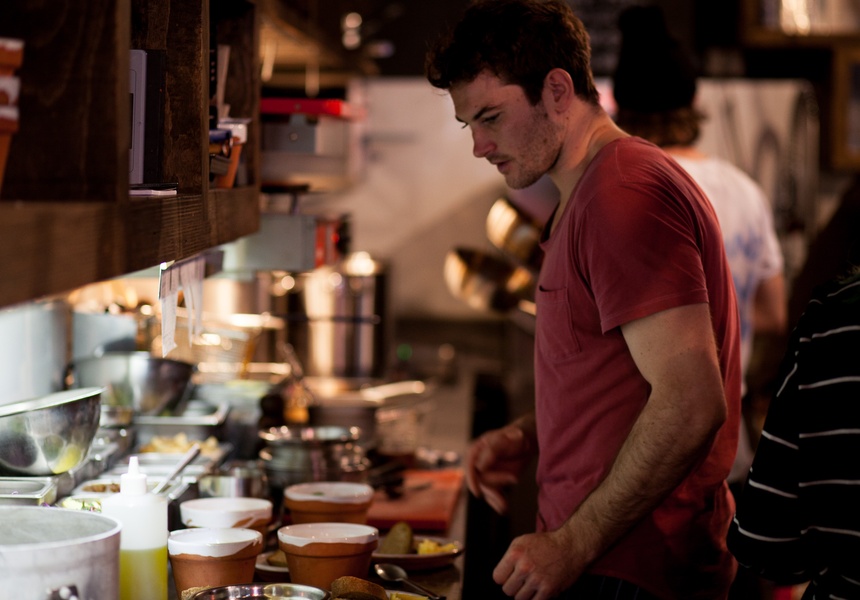