Are Grains Good or Bad for You?

Grains: Are They Good For You, or Bad?

The three most commonly consumed types are wheat, rice and corn.

Despite widespread consumption, the health effects of grains are quite controversial.

Some think they are an essential component of a healthy diet, while others think they cause harm. 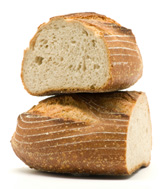 In the US, the health authorities recommend that women eat 5-6 servings of grains per day, and men eat 6-8.

However, some health experts believe that we should be avoiding grains as much as possible.

With the rising popularity of the paleo diet, which eliminates grains, people all over the world are now avoiding grains because they believe they are unhealthy.

As is so often the case in nutrition, there are good arguments on both sides.

This article takes a detailed look at grains and their health effects, examining both the good stuff, and the bad.

They are a staple food in most countries, and provide more food energy worldwide than any other food group, by far.

Grains have played a major role in human history, and grain agriculture is one of the main advancements that fueled the development of civilization.

They are eaten by humans, and also used to feed and fatten up livestock. Then grains can be processed into various different food products.

This is what several different types of grains look like: 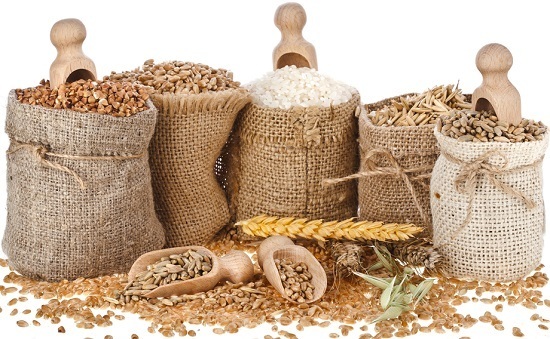 Today, the most commonly produced and consumed grains are corn (or maize), rice, and wheat.

Other grains that are consumed in smaller amounts include barley, oats, sorghum, millet, rye and several others.

Then there are also foods called pseudocereals, which are technically not grains, but are prepared and consumed like grains. These include quinoa and buckwheat.

Foods made from grains include breads, pasta, breakfast cereals, muesli, oatmeal, tortillas, as well as junk foods like pastries and cookies. Grain-based products are also used to make ingredients that are added to all sorts of processed foods.

For example, high fructose corn syrup, a major sweetener in the US diet, is made from corn.

Bottom line: Grains are edible dry seeds from plants called cereals. They provide more food energy worldwide than any other food group. The most commonly consumed grains are corn (maize), rice and wheat.

Just like with most other foods, not all grains are created equal.

The main distinction that should be made, is between whole and refined grains.

Bran: The hard outer layer of the grain. It contains fiber, minerals and antioxidants.

Germ: The nutrient-rich core that contains carbs, fats, proteins, vitamins, minerals, antioxidants and various phytonutrients. The germ is the embryo of the plant, the part that gives rise to a new plant.

Endosperm: The biggest part of the grain, contains mostly carbs (in the form of starch) and protein.

A refined grain has had the bran and germ removed, leaving just the endosperm (4). 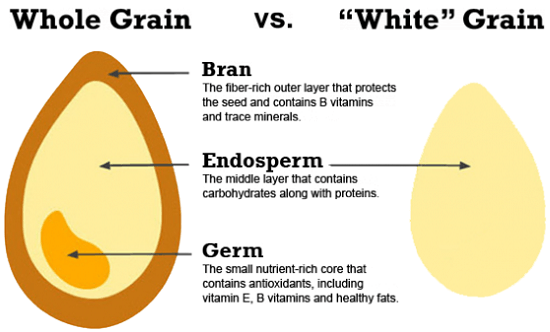 Some grains (like oats) are usually eaten whole, whereas others are generally eaten refined.

Many grains are mostly consumed after they have been pulverized into very fine flour and processed into a different form. This includes wheat.

Important: Keep in mind that the whole grain label on food packaging can be highly misleading. These grains have often been pulverized into very fine flour and should have similar metabolic effects as their refined counterparts.

Examples include processed breakfast cereals, such as “whole grain” Froot Loops and Cocoa Puffs. These foods are NOT healthy, even though they may contain small amounts of (pulverized) whole grains.

Bottom Line: A whole grain contains the bran and germ of the grain, which provide fiber and all sorts of important nutrients. Refined grains have had these nutritious parts removed, leaving only the high-carb endosperm.

Some Whole Grains Are Highly Nutritious

Whereas refined grains are nutrient poor (empty calories), this is not true of whole grains.

Whole grains tend to be high in many nutrients, including fibre, B vitamins, magnesium, iron, phosphorus, manganese and selenium.

This also depends on the type of grain. Some grains (like oats and whole wheat) are loaded with nutrients, whereas others (like rice and corn) are not very nutritious, even in their whole form.

Keep in mind that refined grains are often enriched with nutrients like iron, folate and B vitamins, to replace some of the nutrients that were lost during processing.

Bottom Line: Refined grains are nutrient poor, but some whole grains (like oats and wheat) are loaded with many important nutrients. 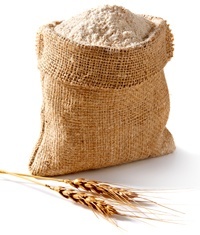 Refined grains are like whole grains, except all of the good stuff has been removed.

Nothing is left except the high-carb, high-calorie endosperm with lots of starch and small amounts of protein.

The fiber and nutrients have been stripped out, and refined grains therefore classify as “empty” calories.

Because the carbs have been separated from the fiber, and perhaps even ground into flour, they are now easily accessible to the body’s digestive enzymes.

For this reason, they get broken down fast, and can lead to rapid spikes in blood sugar levels when consumed.

When we eat foods with refined carbohydrates, our blood sugars go up rapidly, and then drop again soon after. When the blood sugar levels drop, we become hungry and get cravings.

Numerous studies show that eating these types of foods leads to overeating, and may therefore cause weight gain and obesity.

Refined grains have also been linked to numerous metabolic disease. They can drive insulin resistance and are linked to type 2 diabetes and heart disease.

From a nutrition standpoint, there is nothing positive about refined grains.

They are low in nutrients, fattening, and harmful, and most people are eating way too much of them.

Bottom line: Refined grains are high in carbs that get digested and absorbed very quickly, leading to rapid spikes in blood sugar and subsequent hunger and cravings. They are linked to obesity and many metabolic diseases.

Whole foods are always preferable to processed foods. Grains are no exception.

Whole grains tend to be high in fibre and various important nutrients, and they do NOT have the same metabolic effects as refined grains.

The truth is, hundreds of studies link whole grain consumption to all sorts of beneficial effects on health.

Longevity: Studies from Harvard showed that people who ate the most whole grains were 9% less likely to die over the study periods, with a 15% reduction in death from heart disease.

Obesity: Those who eat more whole grains have a lower risk of becoming obese, and tend to have less belly fat.

Heart disease: People who eat more whole grains have up to a 30% lower risk of heart disease, the world’s biggest killer.

Colon cancer: In one study, 3 servings of whole grains per day were linked to a 17% lower risk of colorectal cancer. Many other studies have found similar results.

Looks impressive, but keep in mind that most of these studies are observational in nature. They can not prove that whole grains caused the reduced risk of disease, only that people who ate whole grains were less likely to get them.

That being said, there are also controlled trials (real science) showing that whole grains can increase satiety and improve many health markers, including markers of inflammation and heart disease risk.

Bottom Line: Numerous studies show that people who eat the most whole grains have a lower risk of obesity, heart disease, diabetes, colon cancer, and tend to live longer. This is supported with data from controlled trials. 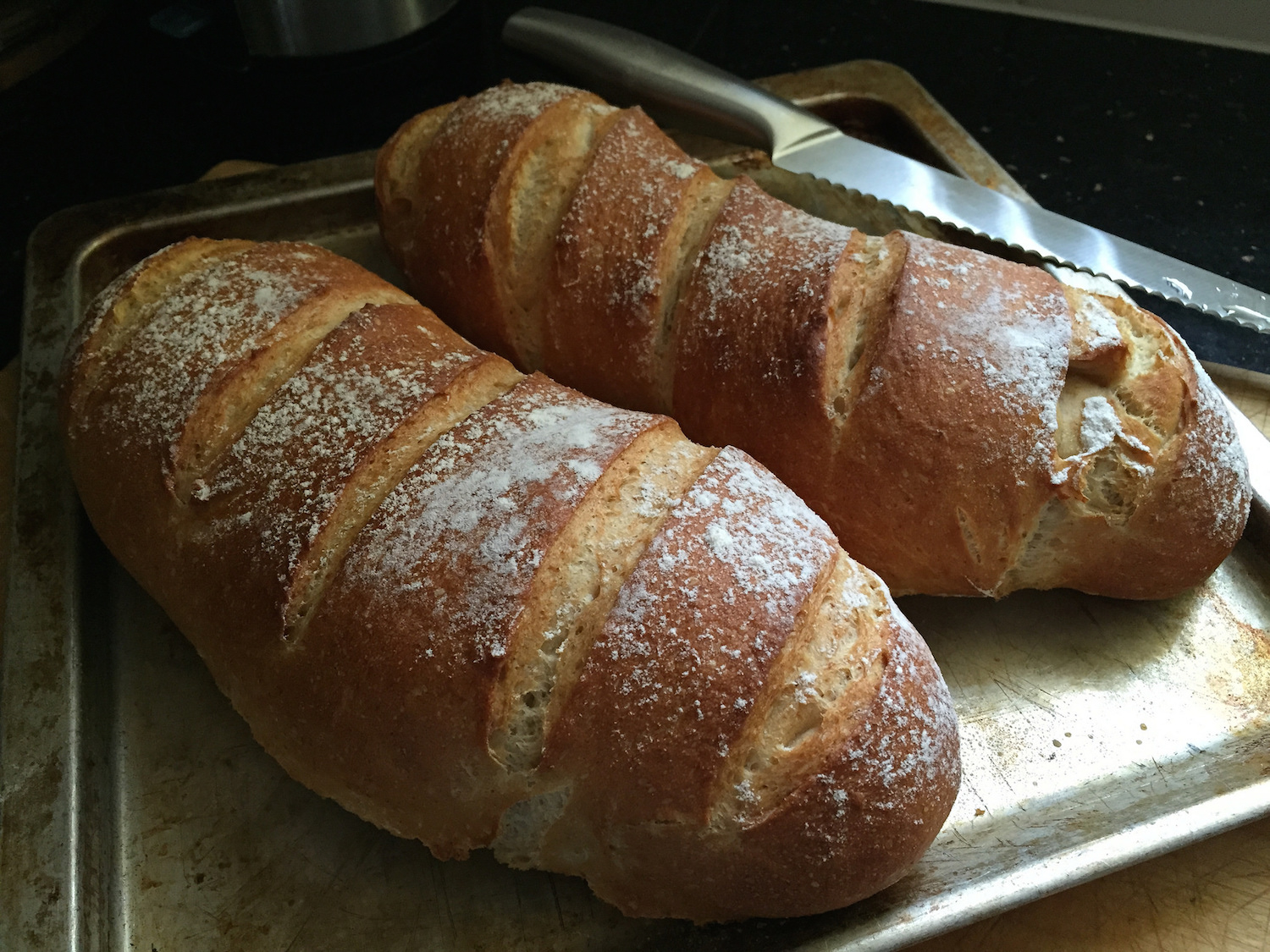 Some Grains Contain Gluten, Which Causes Problems For Many People

Gluten is a protein found in grains like wheat, spelt, rye and barley.

Many people are intolerant to gluten. This includes people with celiac disease, a serious autoimmune disease, as well as people with gluten sensitivity.

Celiac disease affects 0.7-1% of people, while the numbers for gluten sensitivity range between 0.5-13%, with most around 5-6%.

So, in total, probably less than 10% of the population is sensitive to gluten. This still amounts to millions of people in the US alone, and should not be taken lightly.

This is a seriously heavy disease burden attributed to one food (wheat) alone.

Some grains, especially wheat, are also high in FODMAPs, a type of carbohydrate that can cause digestive distress in many people.

However, just because gluten causes problems for many people, this does not mean that “grains” are bad, because many other whole grain foods are gluten-free.

This includes rice, corn, quinoa and oats (oats need to be labelled “gluten-free” for celiac patients, because sometimes trace amounts of wheat get mixed in during processing).

Bottom Line: Gluten, a protein found in several grains (especially wheat), can cause problems for people who are sensitive to it. However, there are many other grains that are naturally gluten free.

Several studies have been done on diets that don’t include grains.

This includes low-carb diets and the paleo diet. 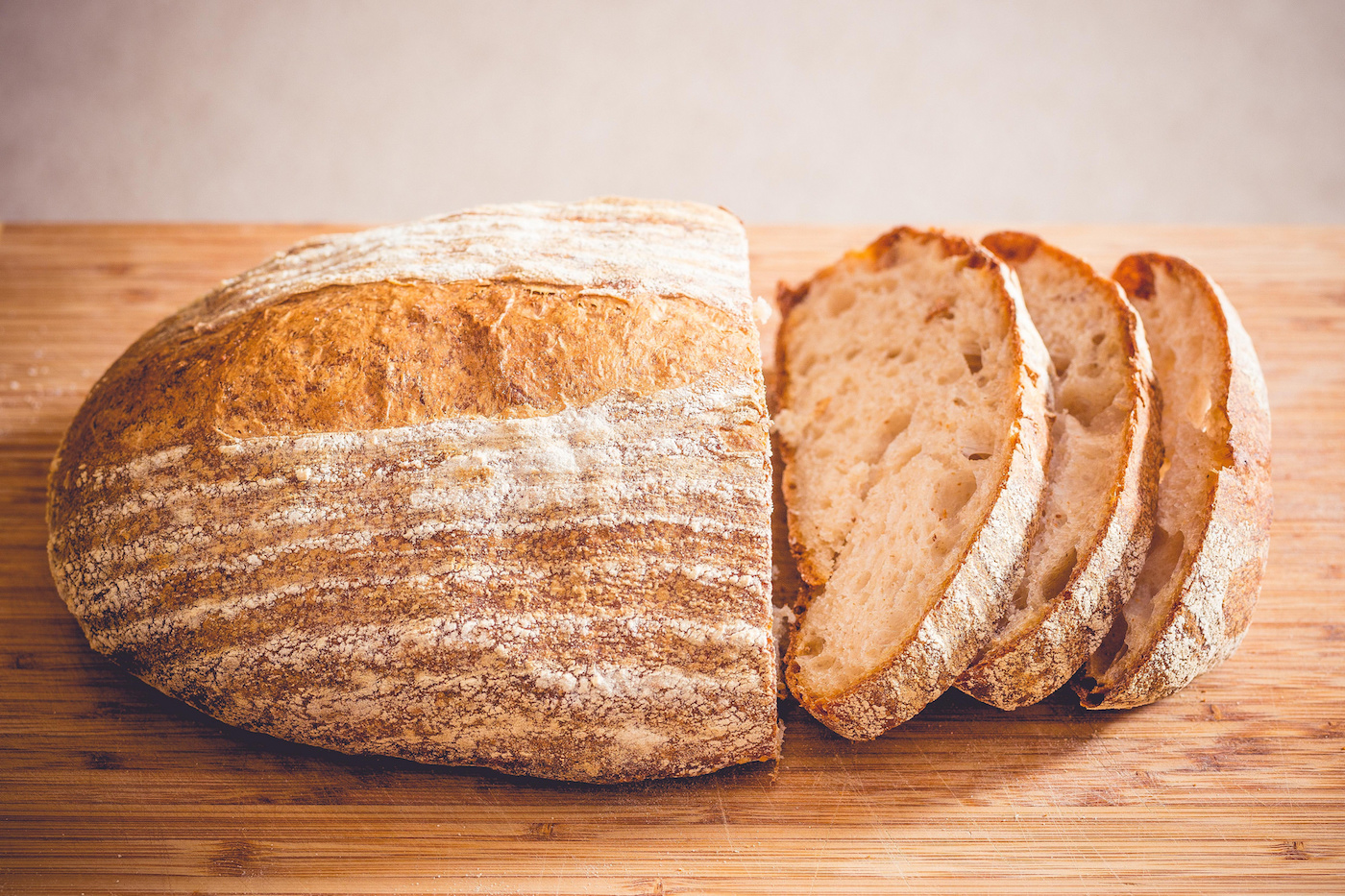 grains on principle, but low-carb diets eliminate them because of the carb content.

Many studies on both low-carb and paleo have shown that these diets can lead to weight loss, reduced belly fat and major improvements in various health markers.

These studies generally change many things at the same time, so you can’t say that just removing the grains caused the health benefits.

But they do show clearly that a diet doesn’t need to include grains to be healthy.

On the other hand, we have many studies on the Mediterranean diet, which includes grains (mostly whole).

According to these studies, both diets that include and exclude grains can be compatible with excellent health.

As with most things in nutrition, all of this depends entirely on the individual.

If you like grains and feel good eating them, then there doesn’t seem to be any good reason to avoid them as long as you’re eating mostly whole grains.

On the other hand, if you don’t like grains or if they make you feel bad, then there is no harm in avoiding them either.

Grains are not essential, and there is no nutrient in there that you can’t get from otherfoods.

At the end of the day, grains are good for some, but not others.

If you like grains, eat them. If you don’t like them, or they make you feel bad, then avoid them. It’s as simple as that.