If you’ve seen the queues outside any of the Nha Trang outlets...

at lunch or dinner any day of the week, you’ll know that this group is doing something right. We wouldn’t say it’s the best Vietnamese food in town, but it’s consistent, affordable and you know exactly what you’re getting. The group has just launched a new street food concept called BÊP Vietnamese Kitchen, which takes over the space that was once Pizzeria Pubblico.

The look and feel: The design at BÊP, which apparently translates to “kitchen”, is very different to the group’s other restaurants; it is still very simple, but has more of a raw, rustic feel, with tiles, steel and white wood creating a clean, casual look. An open kitchen at the back shows a row of chefs constantly hard at work, deftly rolling rice paper rolls, picking herbs and producing wonderful aromas. One word of advice though: as nice as it is to sit overlooking the open kitchen, try to avoid the side where they do the steaming, particularly on a hot night, as you may as well be sitting in a steam room. 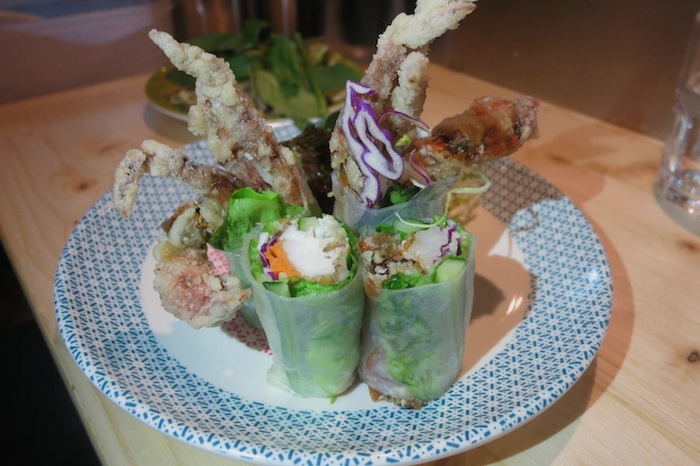 The food: The soft shell crab rolls were amongst the best we’ve ever had. The crispy crab was perfectly cooked, with a tasty, though not overpowering flavour that was balanced by the fresh herbs. It barely needed a dip in the nuoc cham sauce, yet this naturally made it even better. The mixed satay skewers – chicken and beef – were amazingly tender, infused in lemongrass and a sweet marinade. The peanut sauce, however, which was described as ‘hot’ on the menu, was a little on the bland side. The chopped chillies were definitely blow-your-mind hot, but their potency didn’t seem to have dispersed very far into the sauce. 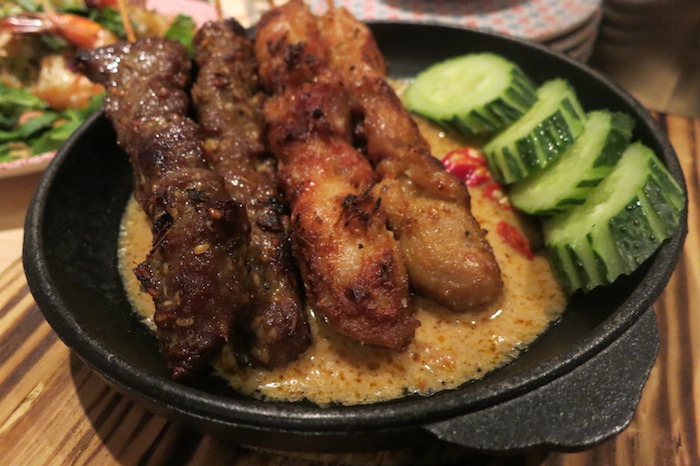 Having heard from a Vietnamese friend that BÊP does the best pho in Hong Kong, we obviously had to put it to the test. The only way to test a restaurant’s quality of pho is to try the classic pho tai, with thinly sliced rare beef. It was without a doubt one of the best phos we have tasted, carrying a full, deliciously sweet, savoury and tangy flavour. Whilst Nha Trang’s pho doesn’t produce much magic and the flavours are notable only due to the fresh herbs and plenty of MSG, at BÊP it was clear that the broth had been gathering its flavour over a very long period of time. 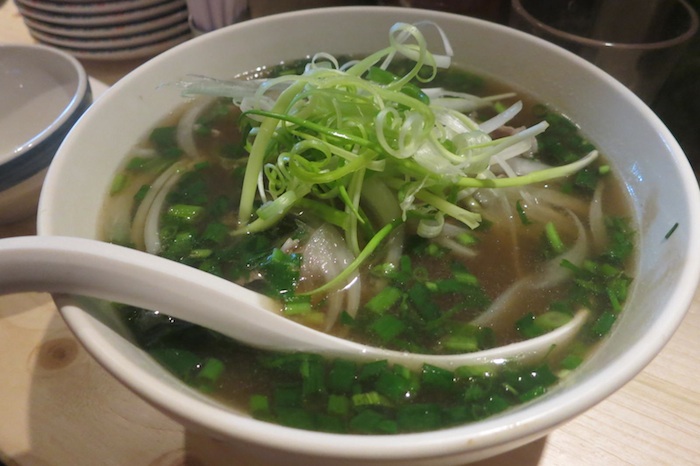 We were also impressed by the pomelo salad. Although the portion size was quite small for the price, it was packed with peeled pomelo, wax apple, cucumber, shallots and smokey grilled prawns, topped with roasted cashew nuts, shallot crisps and a light citrus dressing. Perhaps it’s because we didn’t eat it straight away, given that all the dishes came at once, but the prawns were a little on the chewy side. Nevertheless they had a great flavour and we loved all the different textures going on. 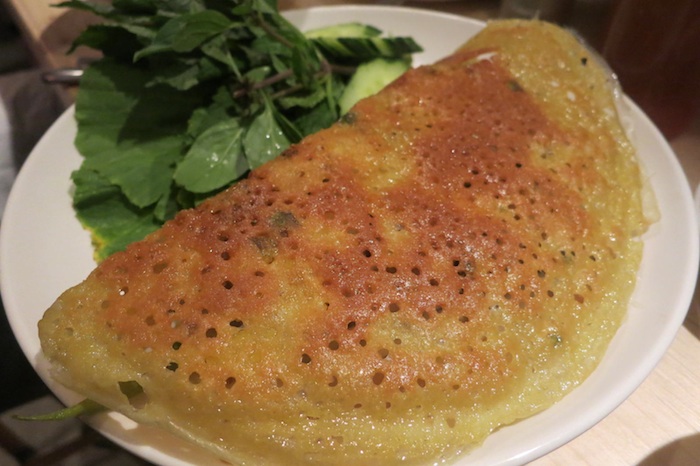 Banh xeo, which is a sort of paper-thin rice flour crêpe, stuffed with pork and shrimps, served with lettuce and fresh herbs is one of our favourite Vietnamese dishes. BÊP’s version wasn’t exactly bad, but it was slightly disappointing. The crêpe itself was a bit too thick and masked the flavour of the filling, which was otherwise pretty tasty on its own, and it was more than a bit messy to eat – definitely not a dish you’d want to order on a date! 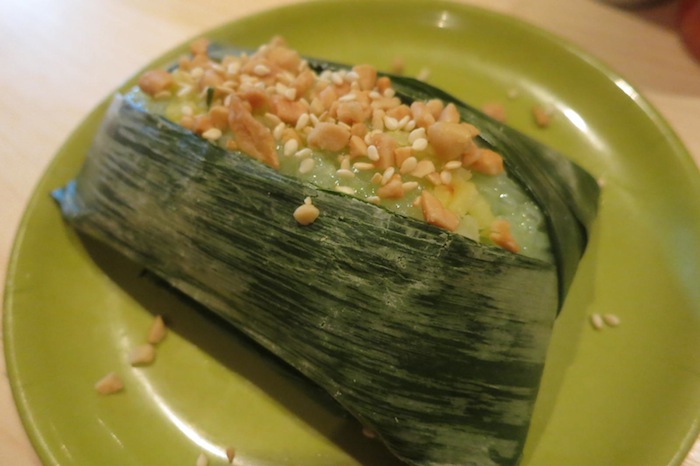 To finish, we tried the only dessert on the menu: grilled sticky rice wrapped in banana leaves with pandan coconut sauce and roasted peanuts. The flavour was pleasing, but nothing out of this world. We would perhaps have added some banana or something to it to give it a bit more depth and moisture, but we may have just totally destroyed a typical Vietnamese dish in so doing!

The verdict: The total bill, for a lot of food and a tiny carafe of wine, came to $658 for the two of us. It’s a little pricier than Nha Trang, but the quality and ingredients are clearly superior. It’s also nice to feel like you’re not just a number and they aren’t trying to get you out as fast as possible. For times when we’re craving decent Vietnamese food that’s closer to home for some than our beloved Noodlemi and cheaper than our other fave Chôm Chôm, BÊP will definitely be our go-to place.