With a growing number of “butters” appearing on the market, from apple and coconut to almond and cashew, we decided to take a closer look so we can try to see the nuts from the trees

A somewhat confusing misnomer, butter is often used as an alternative and perhaps more flowery word for a spread or a paste; we’ve found ourselves somewhat misled by the heading and how it can apply to fruits, nuts and seeds alike so have sought to clear up some of the mystery behind it. Whichever way you package it, there are some delicious options for buttering up bland ingredients and making them into a meal in themselves. 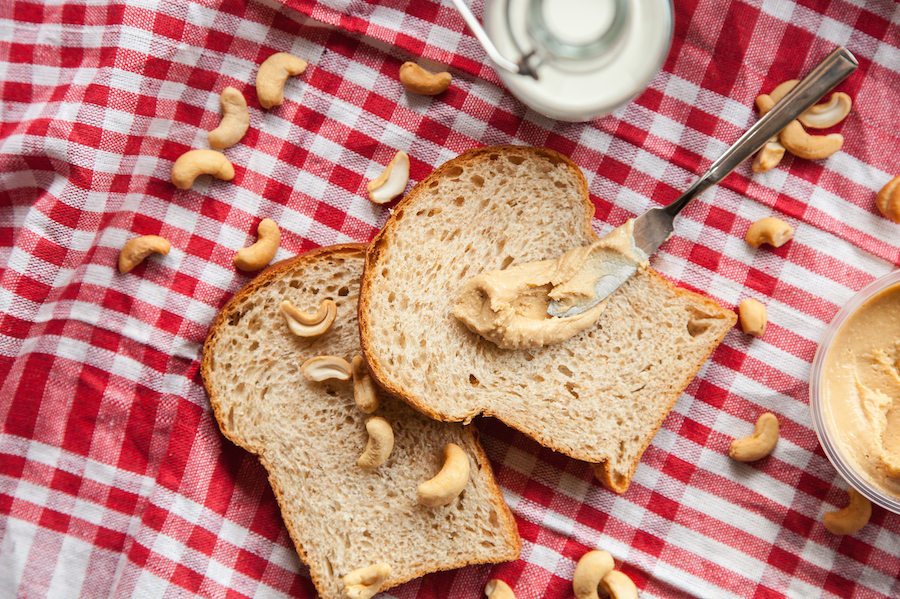 Let’s start with the nuts

Aside from peanut butter this is one of the more popular of nut butters. Almond butter gained ground in the gluten-free craze that began earlier this decade. Compared to regular peanut butter, it is grittier, has a mild taste of roasted almonds, and is higher in Vitamin E, iron, potassium, and protein. It is often used as a butter substitute in baking recipes and a substitute for the traditional peanut butter pairings such as apples, bananas and as a topping for toast.

Watch out: Almonds are tree nuts, a common allergen, so may not be a great option for those with allergies. Some brands are also known to contain quite a bitter aftertaste.

Can easily be made at home with a food processor

When ground into a paste, cashews become rich and creamy and the result is very comparable to almond and peanut butter. Its taste is the mildest of the three, is favoured for its high-unsaturated fat content, and is a good alternative for people with peanut allergies. Cashew butter is good as a spread, as a thickening agent for smoothies and sauces, and as a base for vegan baked goods such as cheesecake.

Watch out: Cashews don’t have as much protein or omega-3 as peanuts or almonds.

A spread made with ground and blended hazelnuts, this butter is relatively gritty in texture and on the sweeter side with a robust hazelnut-rich taste. When mixed with chocolate, it can be used as a healthier alternative to Nutella’s hazelnut chocolate spread. Both chocolate and plain hazelnut butters are 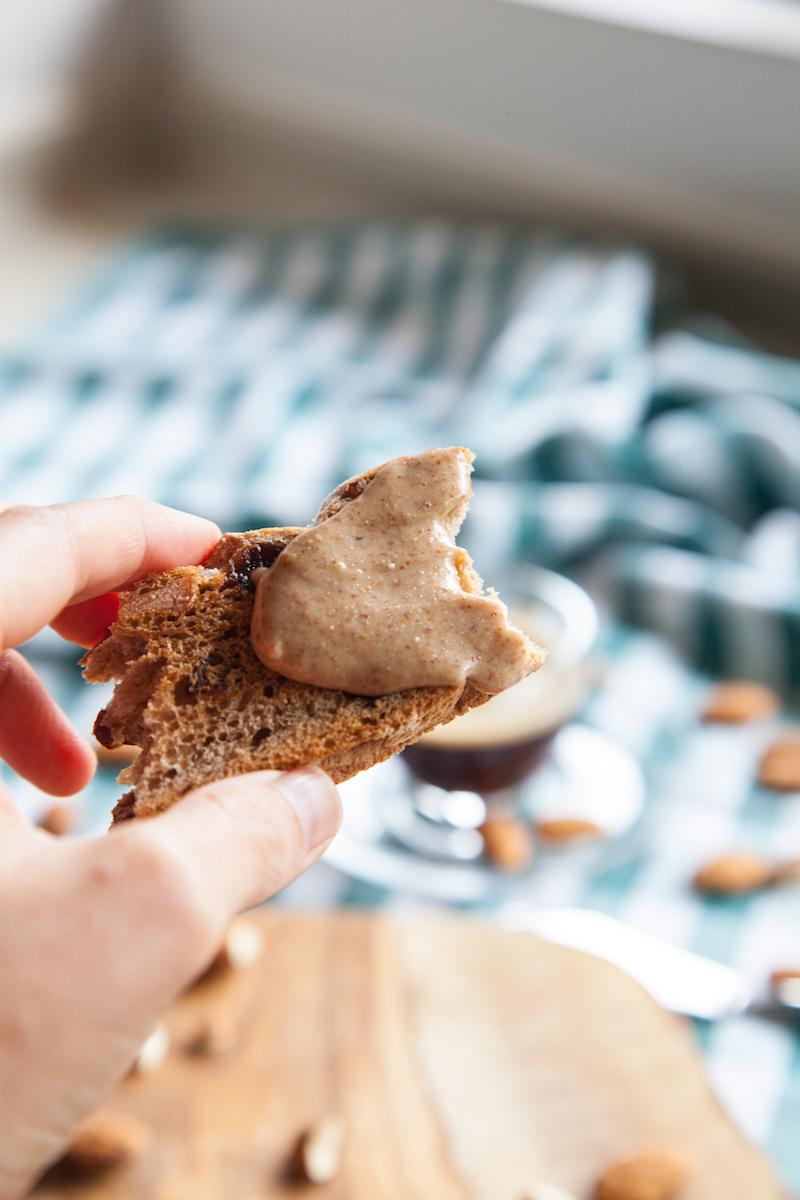 good on toast, with ice cream and even mixed in to your morning coffee for a full-bodied hazelnut kick.

Watch out: If spread is made with raw, rather than roasted hazelnuts, refrigeration is recommened. Also, higher in Vitamin E and cholestrol reducing fats than peanut butter.

Made with either raw or roasted macadamias, macadamia butters hold a sweet, creamy taste with the roasted variety providing a toasty kick to the spread. Some form of sweetener is typically added and ground in with extra oil to hold the paste together. It can be paired with the usual fruits and breads or used as an ingredient in baking.

Watch out: Unlike other nut butters, macadamia butter should be refrigerated, as it is more perishable than others and has a better consistency in cooler temperatures.

One of the more uncommon types of nut butters, pecan butter is made of ground pecans and is chock full of vitamins and proteins. Pecan nuts have an almost silky texture and both an earthy, honeyed and nutty taste to it. It can be spread on crackers, fruit, or sandwiches.

Watch out: As it is not as common as other butters, it can be hard to track down.  Also, not to be confused with Butter Pecan, the ice cream flavour.

Typically a combination of pistachio nuts and salt, pistachio butter has an inevitably nutty flavour along with a strong, earthy tang that is slightly sweet with a contrasting salty kick. When ground, the oil in the pistachios separates, making this butter quite a heavy paste. Pistachio butter has a gritty texture but can be smoothed out when extra oil is ad 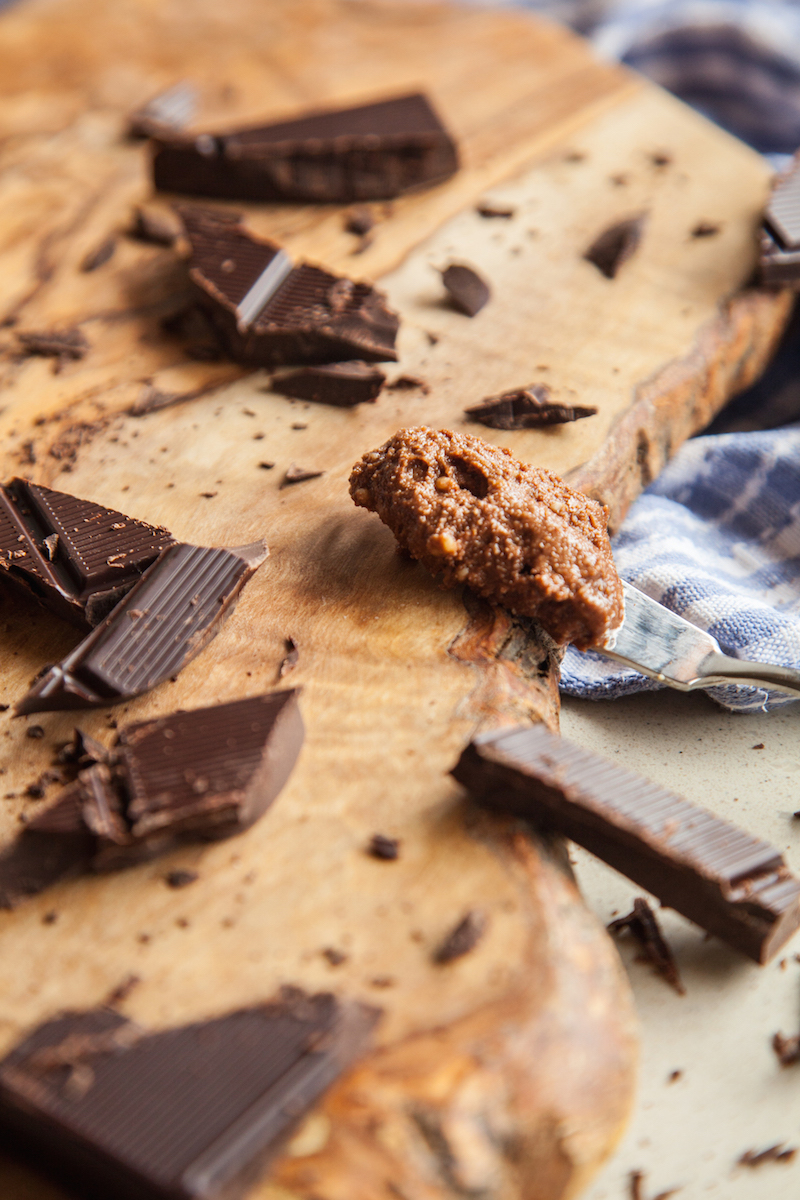 Pistachio butter can be paired with both savoury and sweet dishes: as a base for pesto, a topping for grilled salmon, as a spread in between baklava layers, or on top of vanilla ice cream with some balsamic vinegar reduction.

This one is made by roasting and grinding soy nuts and is yet as another peanut butter alternative. It has a thick and creamy texture, similar to peanut butter in taste and is fairly mild, lacking much richness of flavour. Since it is an alternative to peanut butter, it has the same pairings and is recommended as a spread on bread and a dip for apples and celery and can be used as an ingredient in baking.

Watch out: Many find this alternative too bland and it does contain a distinct aftertaste that some find unpleasant.

Though it is not the highest in protein or lowest in fat, Walnuts are one of the highest sources of omega-3 in the nut world. Walnut butter is typically made by grinding walnuts until their oils separate and turn into a paste and has has no added ingredients so tastes soley of freshly cracked walnuts.

Watch out: Walnut butter is also high in saturated fat and low in protein.

Because it is fairly uncommon as far as nut butters go, walnut butter is usually homemade but can bought in local health food stores or online. Artisana also has its own raw walnut butter.

On to the fruits:

Apple butter is made by the slow cooking of apples and cider, or water, for an extended period of time until the sugar caramelizes into a thick, dark brown consistency; basically a more concentrated form of applesauce in both technicality and in taste. Apple butter is sweet and has a slightly bitter taste from the caramelisation of the apples. It can be used on both sweet and savoury foods—complemented with peanut butter in sandwiches, a sauce for pork chops, an oatmeal topping, or eaten alone like applesauce. In short, it’s very much like applesauce.

Watch out: Like anything eaten in excess, it can cause weight gain and the acidity can cause tooth decay.

Can be homemade in a slowcooker but Trader Joe’s and Smuckers distributes Apple Butter as well. 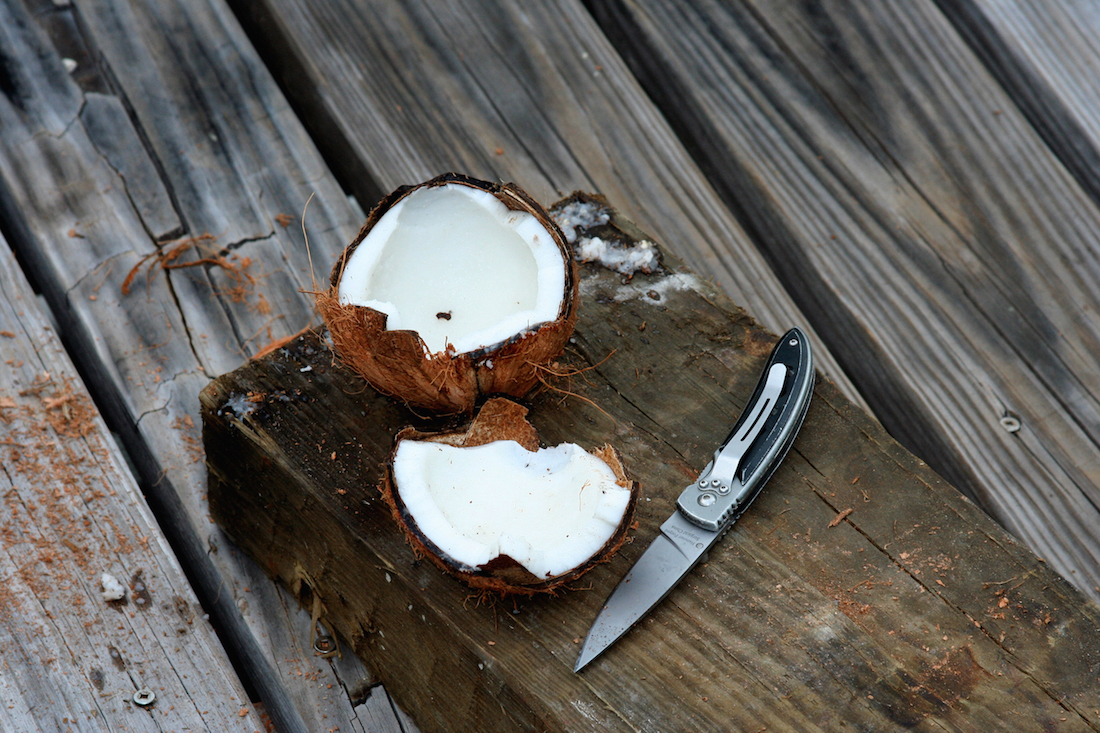 Unlike nut butters, coconut butter is much more similar to a dairy butter. Not to be confused with coconut oil, it is made from dried coconut flesh that is ground into a paste, as opposed to extracted as an oil, making it both thicker and sweeter. Also, when melted, coconut butter stays white while coconut oil becomes clear. The resulting coconut butter is sweet and creamy with fruity and floral undertones.

It can be melted and drizzled on fruit, made into candies and fudge and used as icing for cakes but it sadly cannot be freely used as a substitute for butter because of its density, as with other nut butters.

Watch out: While it has no cholesterol, it is high in saturated fat and does not offer as many nutritional benefits to your diet.

Ideal for the fall season, pumpkin butter is a versatile ingredient in many dishes and a complement to anything pumpkin-spiced. It is made with a similar method to apple butter where it is slow-cooked with apple cider and other spices and becomes a concentrated version of a sweet pumpkin purée. It can be paired with pancakes, made into a pudding, used as a spread in soft cheese paninis or with cream cheese on toast.

Watch out: Pumpkin in itself has many health benefits, but as pumpkin butter is sweetened, it should be consumed in moderation.

Can be slow-cooked at home, but Trader Joe’s also distributes its own pumpkin butter.

And now the seeds:

Sunflower seed butter can be used as a peanut butter alternative for people with nut allergies because of its similar texture and nutty taste although the flavour is distinctly different to peanut butter. It is recommeneded with the usual pairings: spread on toast or crackers, a dip for sliced apples or celery, as an ingredient in cookies; but it isn’t recommended in smoothies like many nut butters.

Watch out: Sunflower seeds contain chlorogenic acid, which causes the butter to turn green when used in recipes that contain baking powder. Also, some sunflower butters can be unpleasantly bitter.

Also known as tahini paste, sesame butter is most commonly used as an ingredient for hummus. Tahini paste has a rich, earthy and slightly bitter flavour so is most often used in more savoury dishes such as dressings and sauces, savoury sandwich spreads, and soups.

Watch out: Research suggests that nut allergies may overlap with sesame and tahini allergies so it may not be the ideal substiture for those with nut allergies.

There are different brands such as Artisana brands and can also can be found in Middle Eastern groceries and whole food stores.

And the just plain sweet:

Essentially, this is the spreadable version of the Belgian cookie “Speculoos,” which is spiced with cinnamon, ginger, cloves, cardamom, and nutmeg. Cookie butter looks like peanut butter in colour and consistency but is sweeter and reminiscent of gingersnaps in taste. It’s sold crunchy, smooth, or swirled with cocoa and is used as a dip for pretzels, a spread on toast, pancakes, and waffles and a topping on ice cream.

Watch out: Should be consumed in moderation for its high amount of sugar. 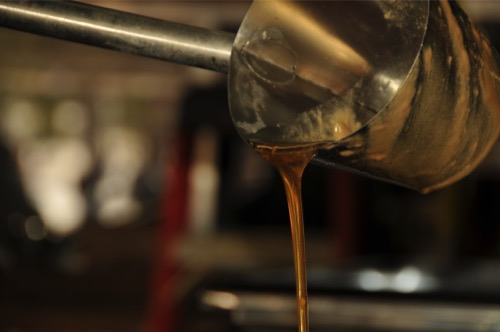 Maple Butter
Maple butter is made by heating maple syrup to a certain temperature, letting it cool, then stirring and whipping it into a creamy consistency. Since it is made of pure maple syrup, it tastes like a lighter, more velvety version of its syrup form. Because of its sweet factor, it is a good spread to sweeten dishes such as pancakes, waffles, and oatmeal.

Watch out: Though its sucrose levels are lower than regular sugar, it is best to have this in moderation.

Most of these butters can be made simply at home, bought in supermarkets around the city or from local artisans like Churned, a Hong Kong company that sells made-to-order gluten-free nut butters on Churned's website.