Chewin' the Fat with Andy Hayler

It can be said that Andy Hayler knows fine cuisine. He describes how this glorious food-calling came to be and the discrepenacies between the different guides around the globe 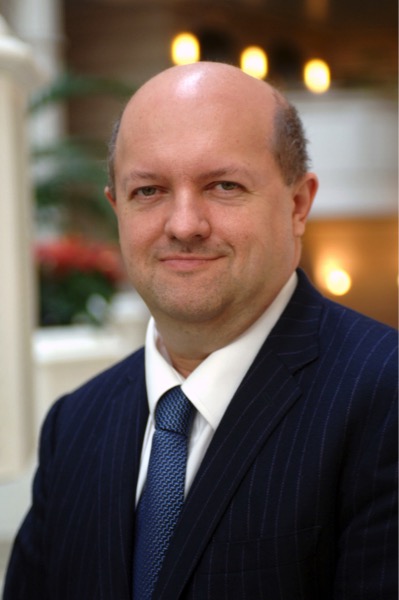 How did it begin?

I first started eating out regularly when I came to London in 1983 after graduation. I had a decent job so could afford to try out the better restaurants in the capital, though in the early 1980s there were thin pickings in London. I suppose the key moment was when I read an article about Jamin in Paris, commonly regarded as the best restaurant in the world at the time, with Joel Robuchon cooking. I decided to try it and see whether it was really any better than the food I had eaten up until that point. The meal at Jamin was stunning and converted me to high-end restaurants overnight, but made me realise that I would need to travel in order to find the very best.

How do you maintain the reputation?

I first visited all three star Michelin restaurants in the world in 2004; there were 49 then, all in Europe. Since then I have kept up with all new three star places, and revisited many, catching up with Michelin in 2008, 2010, 2012 and June 2014, by which time there were 110 three star establishments, and all of which I had visited. Over that period I have visit 150 separate three star places, counting the various places that have since been demoted or have closed, or whose guides have lapsed (such as Las Vegas).

Is there a set goal whereby you visit every Michelin restaurant in each country?

Not really. It would be impractical for one person to try and get to every single 1 star place in every country, though I certainly make an effort to try the best places in each city when I visit, whether or not they are covered by Michelin e.g. there are some excellent restaurants in Singapore, Australia and India.

What prompted you come up with your own guide?

It was just a personal dining diary really. I had a book on London restaurants published in 1994, and set the website up just after that (August 1994) in order to allow people that bought the book to stay up to date with my dining experiences, should they wish. As far as I know it is the longest running restaurant website in the world.

How extensive is the research you put in prior to eating at a restaurant?

I do try to research things up front. There are a vast number of restaurants to choose from, and I do not want to waste my time and money by eating in disappointing places. Hence I tend to do a lot of on-line research before deciding where to eat. Once I have selected somewhere, there is further research in checking the background of the chef, analysing the wine list etc, so it is quite time consuming. Finally, getting a reservation at some places can require considerable advance planning. 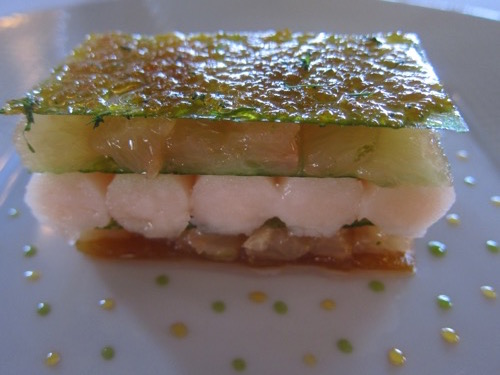 What's been your greatest disappointment when eating in one of these restaurants?

I tend to prefer classical cuisine over modernist, unless it is in the hands of a real genius (like Mark Veyrat when he was cooking, or Sergio Hermann or Grant Achatz). With modernist cooking that can be a tendency to show off whizzy kitchen technique at the expense of flavour, and some chefs seem to feel the need to serve shocking ingredient combinations in order to show how cutting edge and fashionable they are. I greatly admire chefs who take classic, familiar dishes and make them even better - an example would be the Christmas panettone served at Le Calandre in Rubano - the lightest, airiest panettone that anyone has probably ever made, transforming my view of this familiar and often industrial-made dish.

What differences have you noted in the Michelin rating guide across different countries?

In theory the standards should be the same across countries, but I have not really found this to be true. In Europe, I gather that, at the two star level at least, there is a degree of cross-checking by inspectors across borders, so there is at least some degree of consistency. It seems unlikely that this happens to the same extent with the newer guides, so for example the US guides seem generally to be quite kindly disposed compared to, say, Germany or France in terms of allocating stars.

What do you think of the Michelin system in Hong Kong?

I have found the Hong Kong Michelin guide to be the least consistent of all. I am not sure why, but there are some genuinely baffling assessments, not just to me but to many experienced diners and chefs. Restaurant criticism is not a science, and there will always be the odd controversial choice, but there seems to be a lot more in the Hong Kong guide than elsewhere. 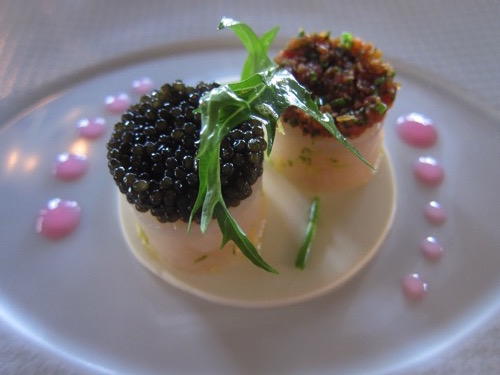 Where is your favourite place to eat in Hong Kong?

Perhaps my favourite meal was at Ryugin, the sister of the thee star Michelin restaurant in Tokyo - I think this serves superb modern Japanese food. If I am allowed Macau, then I am a big fan of the cooking of Francky Semblatts at Robuchon au Dome. Francky worked with Joel Robuchon in Paris when he was still cooking, which brings the story back to my conversion to high end food. For me Robuchon au Dome represents the most complete dining experience in the vicinity.

Have you had the chance yet to eat at the newly announced Michelin restaurants in Hong Kong?

I haven’t been to all the very latest openings. It is a big world to cover.

Do you eat at non Michelin restaurants?

Of course. I enjoy all sorts of cuisine - and enjoy Indian food and pub food if it is well made just as much, in its context, as fine dining. I tend to do more of this in London, where I live - when travelling I usually aim for the very top places.

Who do you tend to eat with?

I often eat with my wife, who has an excellent palate and a very good pastry cook. At other times I eat out with other people who are interested in serious food, and have built up a network of interesting contacts around the world over the years.

What's in your fridge?

Some fruit juice, salad leaves and cherry tomatoes for lunch today. My more interesting fridges are where I keep my wine.