There are many things we like about ABC Cooking Studio, from their pristine and well equipped studios to their experienced tutors and advanced cooking classes on offer. If you ever walk past their studios in PMQ or the K11 Art Mall, you'll see their classes on show through the windows; peep in and you'll quietly wish you were on the other side, making all sorts from bread and cakes to traditional Japanese meals. The classes they offer are carefully presented in clear steps with illustrated recipe cards to take home and you can join a one-off class or sign up for a course of six.

ABC have recently launched their kids program with a set of kid-friendly dishes that children aged from four to eight can learn to make. Kids can join a trial class now for $380 to get a feel for what a course would be like and the studio will even provide a set of chef's whites for the class for ample photo opportunities. 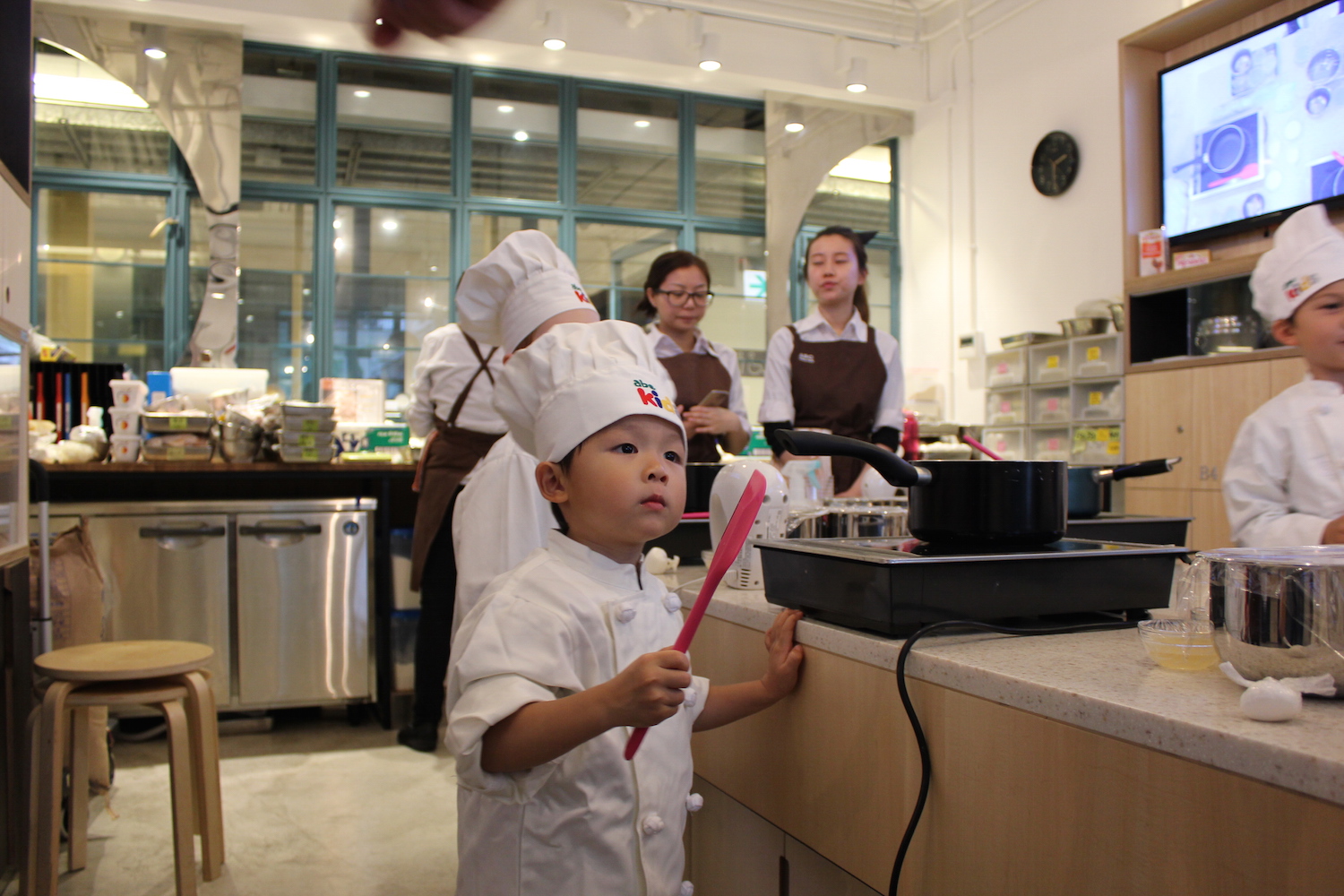 We got our foodie kids and future masterchefs involved last Saturday for a trial lesson at the PMQ branch where they were thrown in the deep end and made their own strawberry marshmallow and custard pudding. If you thought they'd just be assembling and mixing a few ingredients for a beginner's class, then think again. Our mini foodies made custard from scratch, which is no small feat as most adults wouldn't even attempt to for fear of making failed scrambled eggs. Ahead they went though, with their oversized spatulas and looks of bemusement and prepped the puddings for cooling before moving on to the marshmallow. 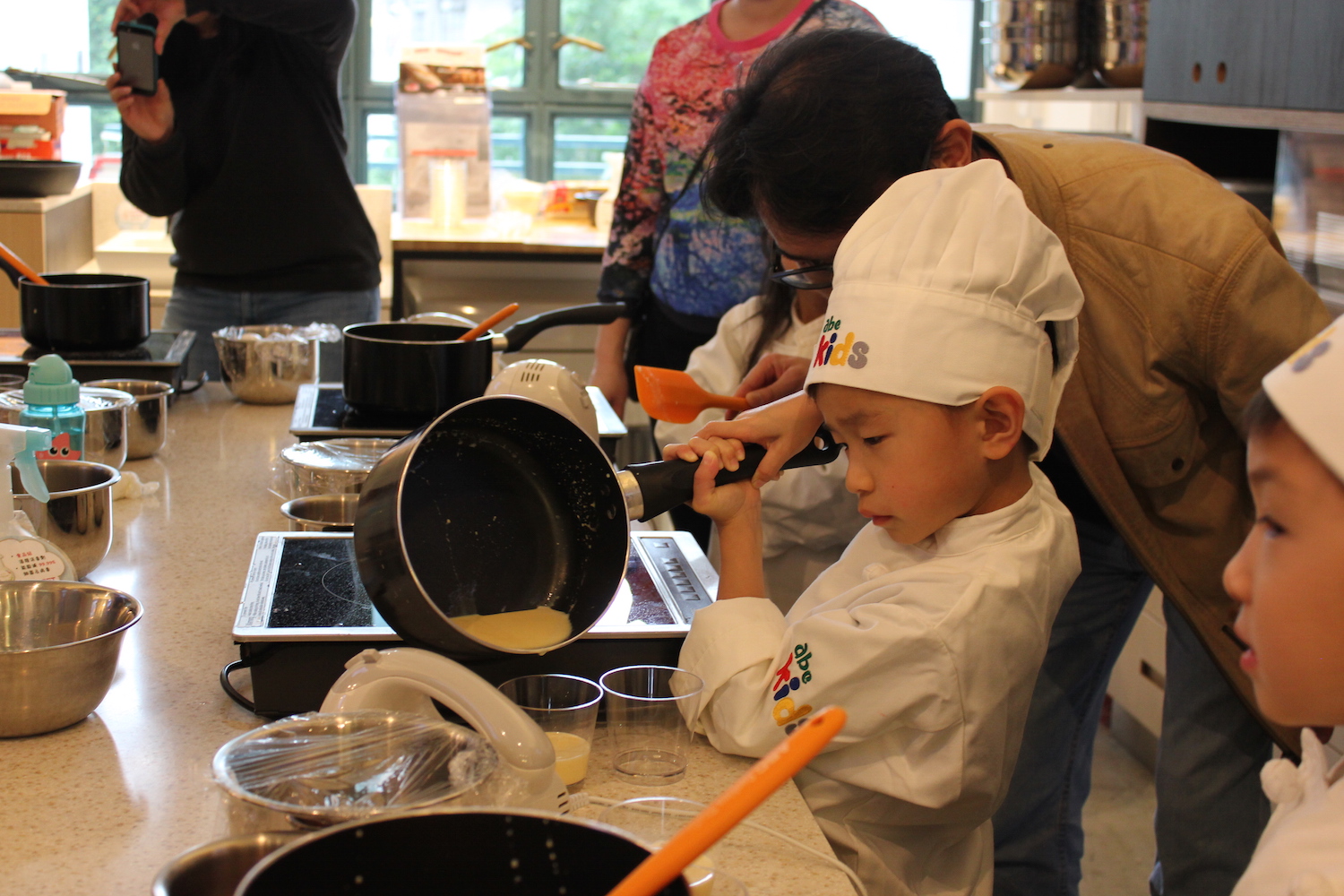 Homemade marshmallow. Think on that for a while. We're foodies and have never thought to make our own, so these ABC kids are already miles ahead of most home cooks out there. It turns out that it wasn't as tricky as we thought as it just required dissolving some gelatin in syrup and freshly made strawberry coulis, letting it set in the fridge and then cutting into pieces.

Some parents found joy in providing an activity for a couple of hours on a Saturday while they ran a few errands, whereas some were more raptured by the recipes than the children were as they helped their kids through the whole process. 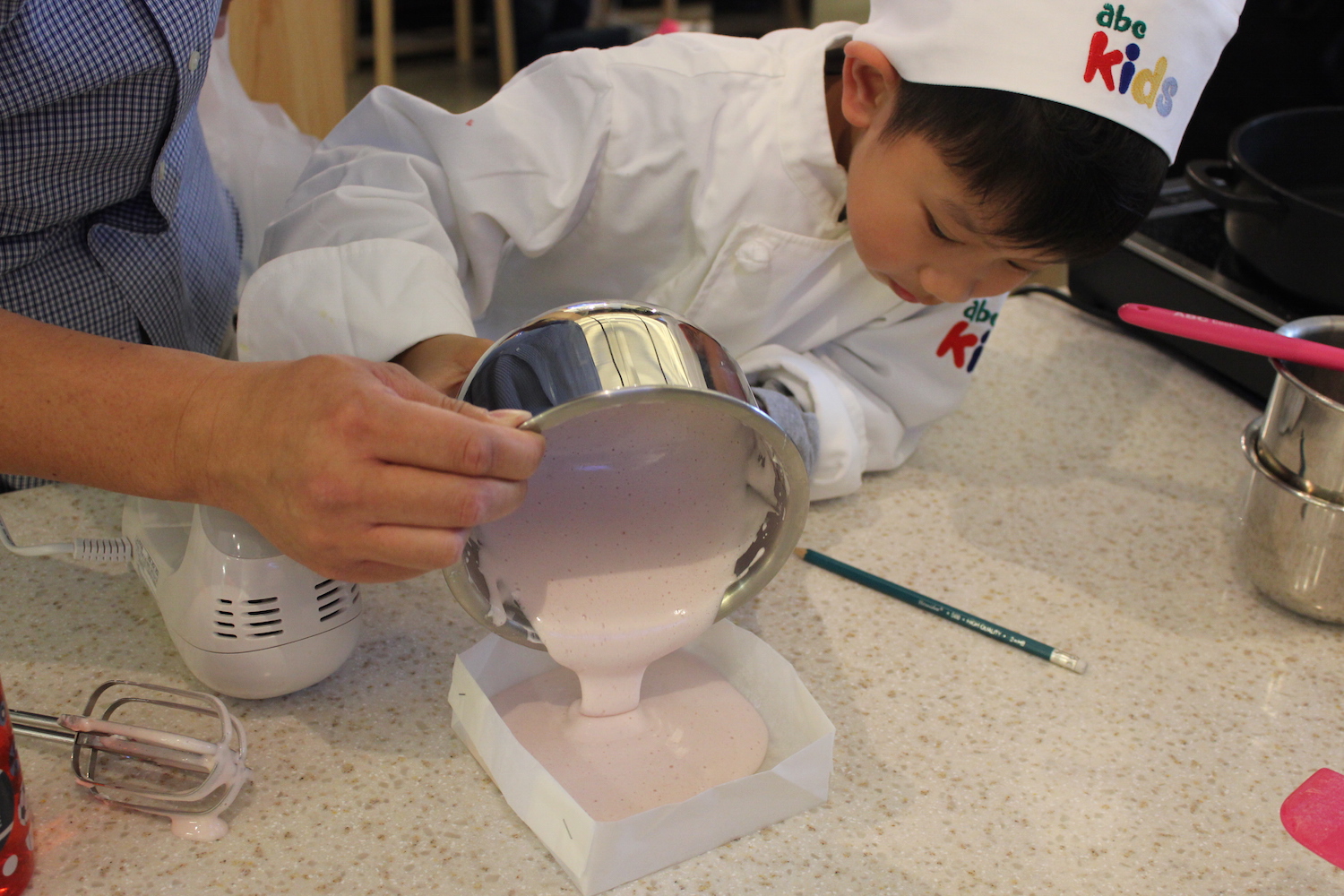 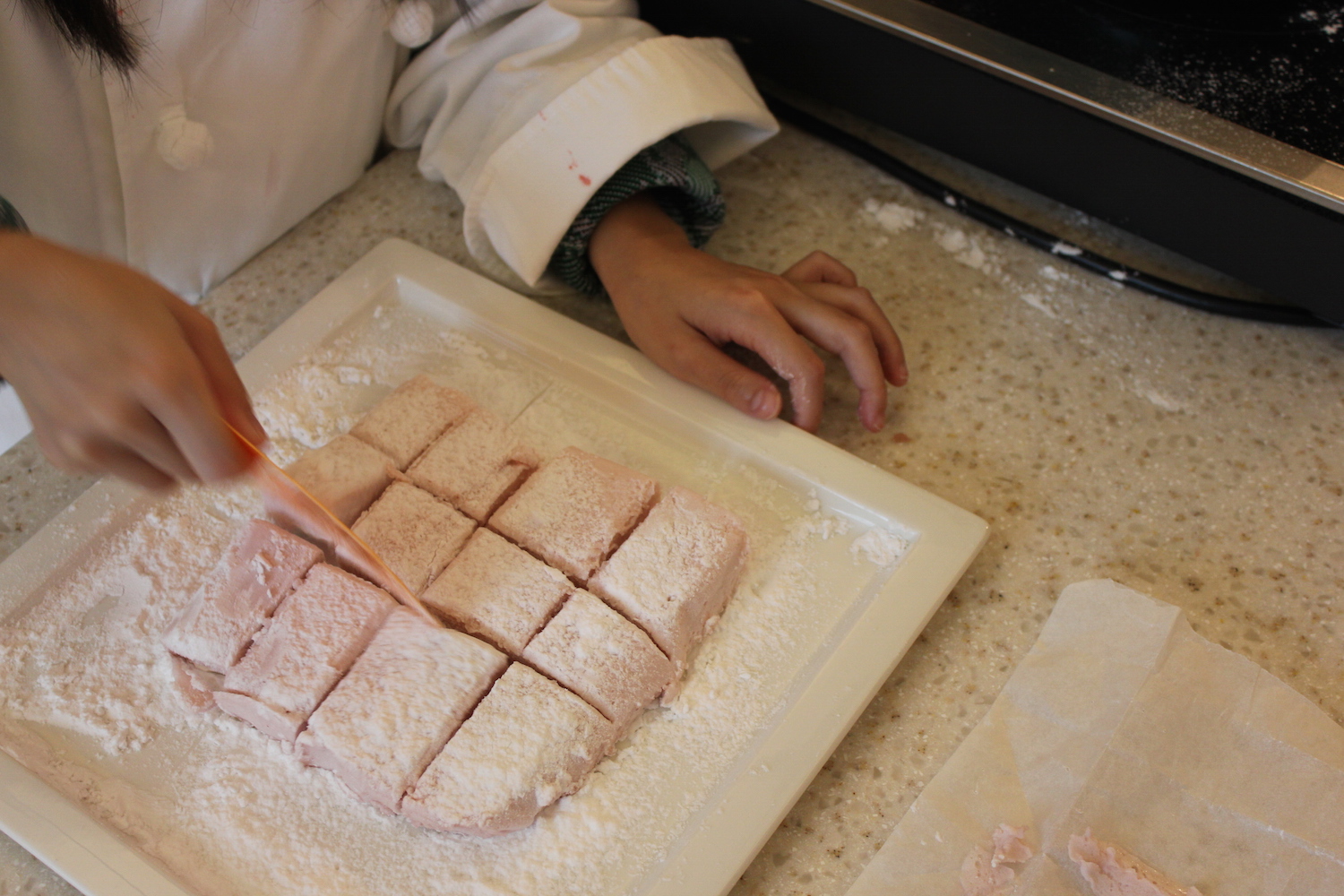 Seeing as the kids were experienced chefs by now, we really challenged them for the final step and got them to make their own caramel to pour on top of the custard puddings. Melting sugar with water, they watched patiently while the syrup turned the suitable caramel colour and made sure it didn't overcook and burn. 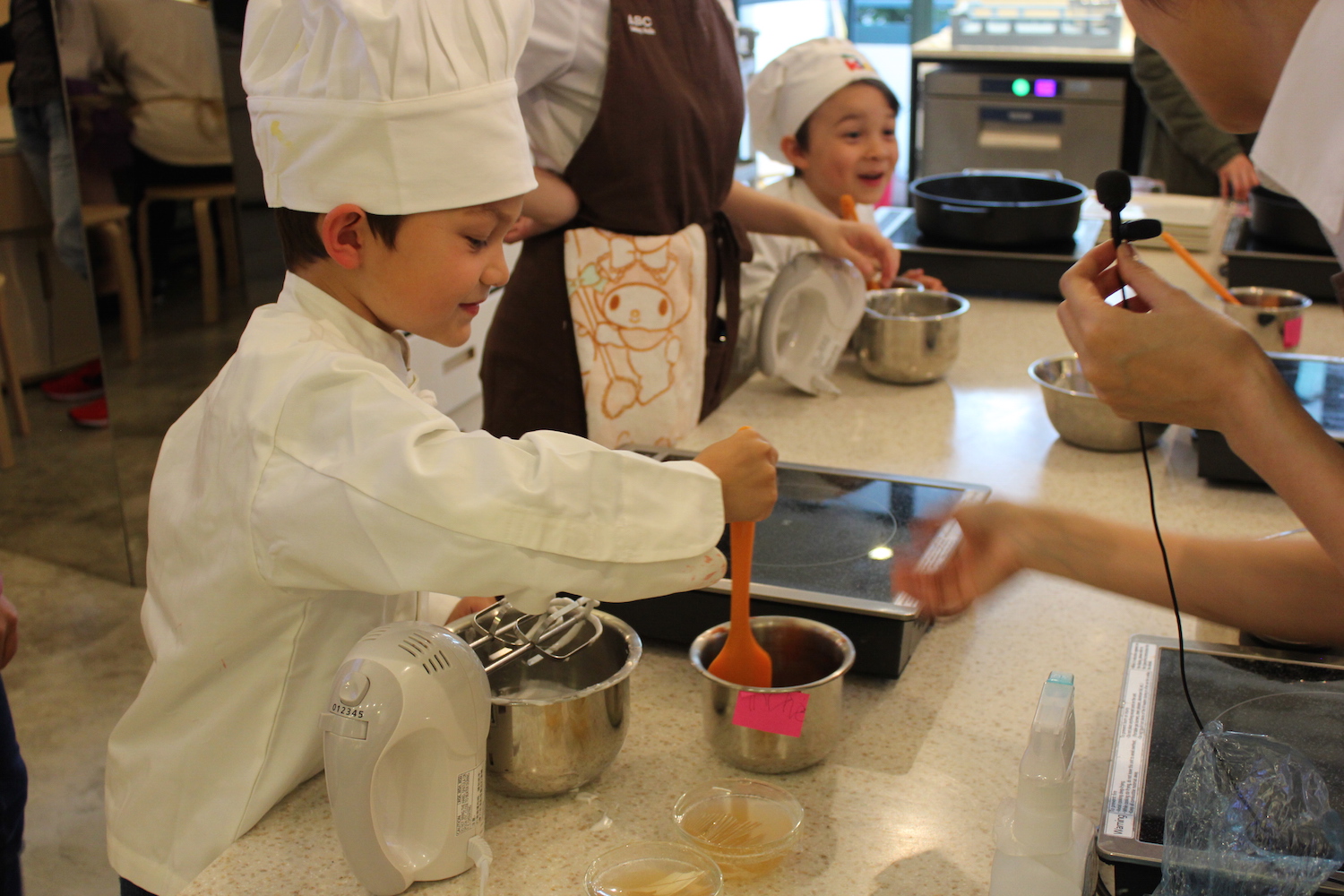 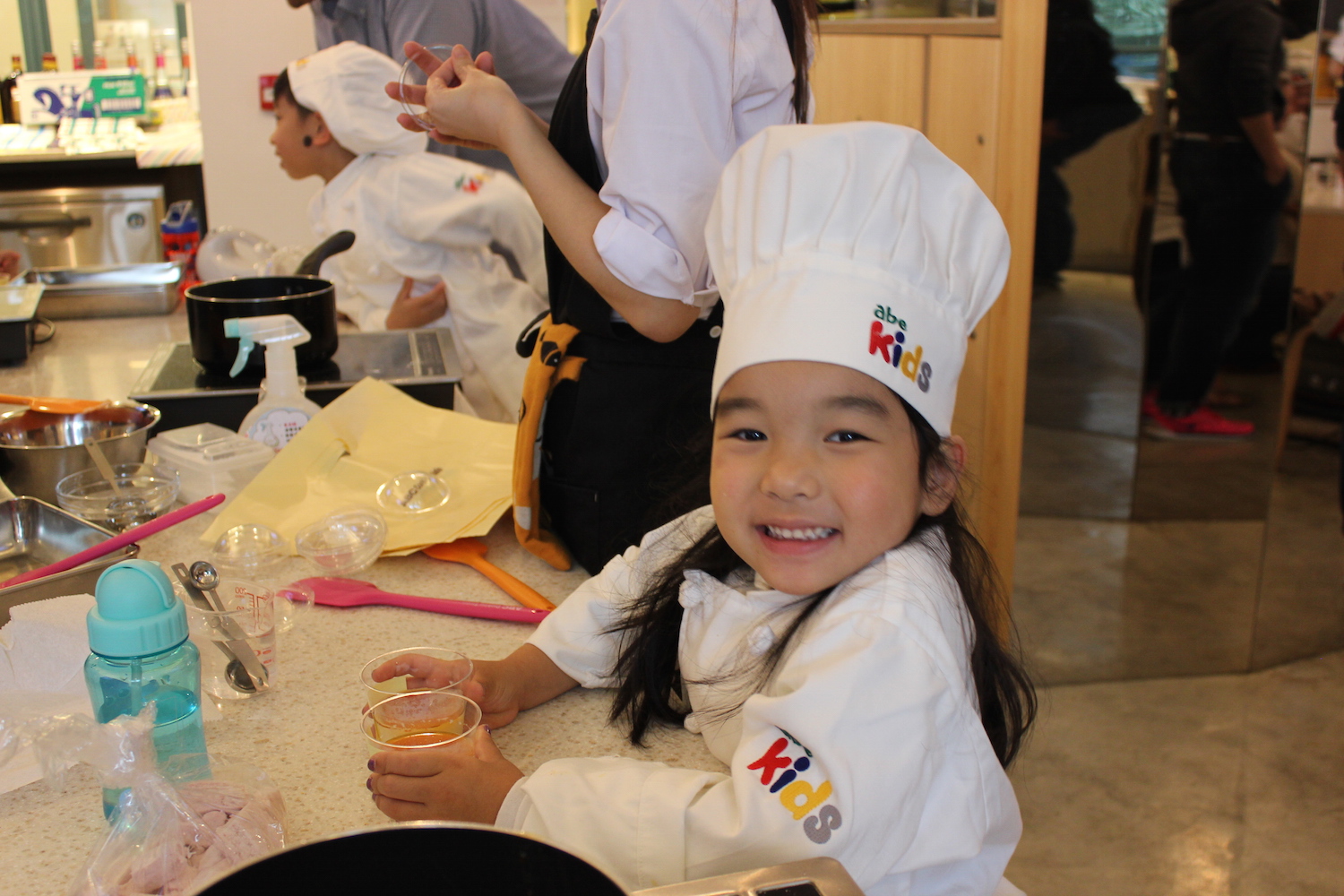 The result was a sugar fest of velvety custard pudding and sizeable chunks of marshmallow that they got to eat there or take home. Although the dishes they teach at ABC Cooking Studio are advanced, the tutors provide easy to follow steps so even culinary novices can get confident in the kitchen.

Discover all you need to know about the global food-tech opportunity over wine and canapés with key investors ... READ MORE