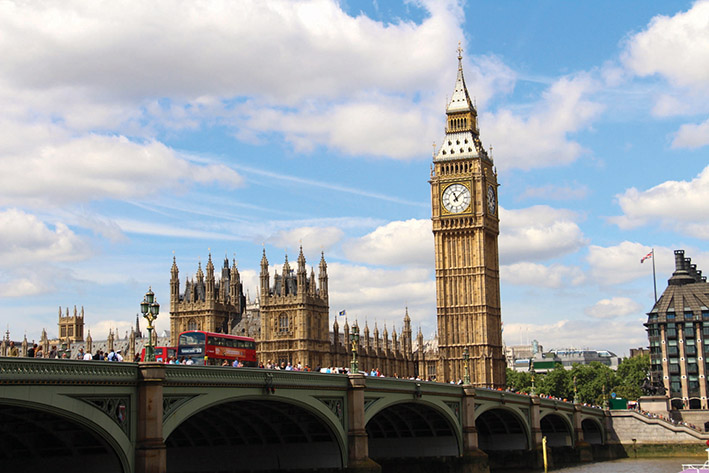 Growing up in the Commonwealth country of Canada, my education has naturally been more inclined towards the peculiarities of the mothership – the United Kingdom. Before my recent trip to London, my closest glimpse of the Monarchy was through a crowd of students earnestly waving Canadian and British flags during a visit by the Queen Mother to our university. I’ve visited Europe every year over the past six years and have somehow always managed to bypass the UK. Hence, determined to see as much as possible during our recent short stay for a friend’s wedding, we journeyed to London armed with plenty of helpful tips from our abundance of Londoner-friends. From ruby-red double decker buses and Harry Potter-esque shop alleys to dungeons and towers that remind me of Game of Thrones, I spent my trip soaking up all I could of this glorious nation. Come along on my first glimpse of the historical food capital of London!

Foodies will always go the extra mile for a good meal, and we trekked from Soho to Clapham especially for lunch at this buzzy little diner. The Dairy, is both rustic and hipster – a very 90′s neon sign illuminates the bar while “grandmama’s” rustic country plates adorn rustic salvaged wood tables. Chef Robin Gill, with a résumé that reads like the who’s who of top European culinary institutions such as Noma and Le Manior aux Quat’Saisons, crafts innovative cuisine with a decidedly humble undertone. Most of the produce featured in his seasonal menus are harvested from his rooftop garden, including, several beehives, which he so kindly gave us a tour of. We enjoyed every morsel of our meal, from the creamy butter whipped with smoked bone marrow, the sweet garden peas with toffee-like beeswax, the truffled baked brie, and crispy chicken oysters to the luscious summer peach, elderflower and goat’s cheese mousse – each bite was sublime. Oh yes, and Chef Robin asked us to say “hi” for him to Chef Nurdin of NUR in Hong Kong, as they perfected their skills together under Raymond Blanc’s guidance at Le Manoir.

Smokehouse will definitely give any American BBQ joint a run for its money. Understatedly quoted by the Evening Standard as “the place to show us why man discovered fire”, this delicious temple of fire and beasts looks like a contradiction at first glance. Twinkling fairy lights and simple decor awashed in pale shades of cream and beige adorn the space, and create the relaxed ambiance of a quaint modern dining space rather than the gritty, often greasy, and most definitely smokey, BBQ man-caves we usually associate with that blissful union between fire and animal protein. Headed by Chef Neil Rankin, Smokehouse manages to make BBQ elegant, with an array of tantalising dishes, often adorned with an Asian twist.  We salivated over the Thai chicken livers over toast, the belly-rumble inducing short rib bourguignon, and “The Sphere” smoked ham hock. Vegetarians may not be overjoyed here, but then again, why invite them and spoil the fun? 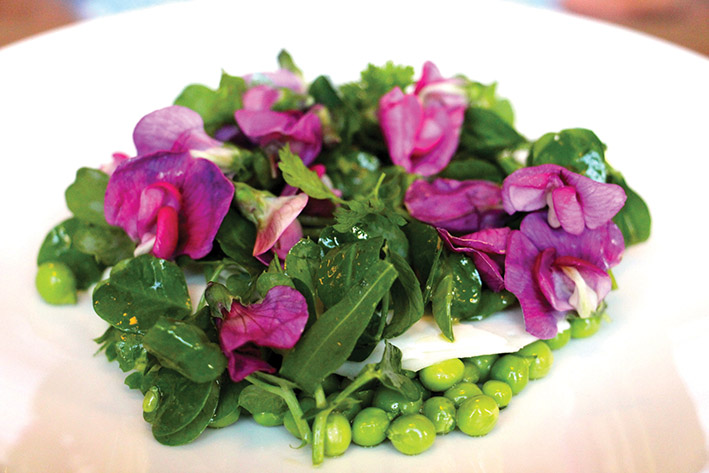 Possibly the hottest newcomer on the London culinary scene, Lyle’s, situated in hipster-fied Shoreditch, has been receiving plenty of praise in the short time it has been opened. Headed by Chef James Lowe, who was part of the Young Turks Collective, a group dedicated to using indigenous ingredients and supporting small local producers, Lyle’s is all light wood and glass, with the focus being on what’s on the table. The menu features some classic British ingredients, such as English garden peas, elderflower and game birds. Dinner always comes as a set menu, while lunch goers can pick and choose to their preference. On the night we visited, we feasted on red mullet and tomatoes, wash-rind goat’s cheese and hazelnuts, and a very peculiar mushroom nicknamed the “puffball”. Sea asparagus seems to be the ingredient du jour, and we loved breaking off the briny green segments dripping with butter. A very personal, cozy experience, with each dish introduced by the very personable and humble Chef James. This is fine dining without the pomp. 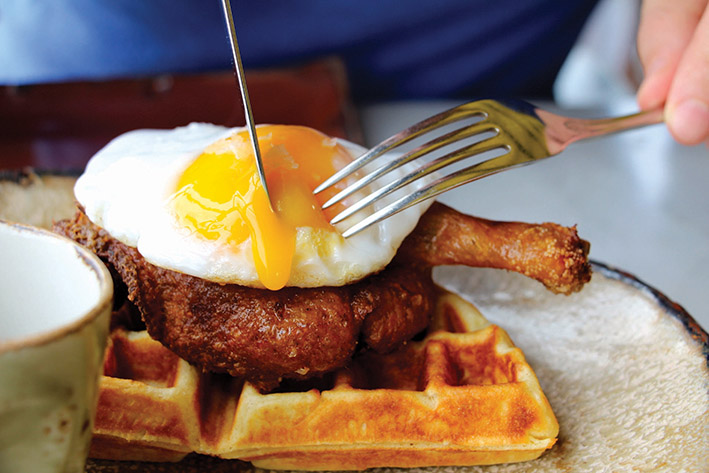 For the best view of London, head to the 40th floor of Heron Tower to dine at the highest restaurant in town. At first glance, Duck & Waffle sounds like just another whimsically-named British pub, but after an ear-popping elevator ride, you’ll find yourself in a modern space that’s all steel and glass. The establishment is divided into two sections: a glitzy bar area with quite possibly the best view of the Gherkin, and an inner dining section surrounded on three sides by floor-to-ceiling windows showcasing panoramic views of the London cityscape. The menu draws from both broad European and British influences, and we couldn’t resist the crispy hickory-smoked pig ears, served in a brown paper lunch bag with a wax seal. The coal-charred aubergine spiced with cumin and garlic with grilled naan was finger-licking good, and the curiously spicy ox cheek “doughnut” came rolled in a bronzed coating of smoked paprika sugar. Of course, we couldn’t leave without trying the signature dish – the duck and waffle. Fluffy golden waffles crowned with a crispy leg of duck confit, adorned with a velvety-rich duck egg and drizzled with a cascade of mustard maple syrup, this dish is the ultimate alliance between savoury and sweet, not to mention, a perfect hangover cure! The restaurant is open 24/7 to those in need of a midnight feast.

If fine dining is more to your taste, then a booking at The Ledbury is mandatory. A former pub re-birthed into a two-starred Michelin restaurant, the trendy yet subdued venue is tucked away in west London’s well-heeled and fashionable Notting Hill. Under the guidance of Australian-born, Chef Brett Graham, whose repertoire is mainly modern French with influences from the Pacific Rim and the UK, the menu focuses on local ingredients with an emphasis on game meats, herbs and roots from small suppliers around the British isles. Quintessential British ingredients like smoked eel and Cumbrian lamb, share menu space with more exotic varieties like shiso and shaved kohirabi, while the grilled mackerel remains a favourite amongst regular patrons as well as international visitors. Recently, the kitchen team welcomed the arrival of former Fat Duck creative director Jocky Petrie. But don’t worry, The Ledbury will not become a lengthy theatric production and will remain loyal to the kind of refined, quietly polished menu its patrons have come to love.

Kitchen Table, the small 19 seater restaurant tucked away at the back of Bubbledogs, delivers a very personal dining experience much like its name – the feeling of dining around someone’s “kitchen table”. This particular kitchen table belongs to one of the most pedigreed chefs in town. Managed by the same team as Bubbledogs, the popular gourmet hotdogs and champagne joint, husband and wife team James Knappett and Sandia Chang preside over the little amphitheatre of Kitchen Table, hidden at the back beyond the vast queue of hotdog patrons. Between the two of them, their resume is a roadmap of some of the most critically-acclaimed restaurants in the world, to the tune of Per Se, Noma, Roganic and The Ledbury. The menu comprises of 11–14 courses, and is served omakase-style with guests perched on high stools at the edge of the horseshoe counter. The counter wraps around the central open kitchen, and diners get ringside seats of the drama in the kitchen as the chefs prepare each dish. The dishes are awe-inspiring, and each represented by one noun of the ingredient that best showcases the overall composition. The menu changes almost daily, and is largely based on the seasonal ingredients advised by the restaurant’s select, small suppliers. Dining here allows guests to interact with the chefs, and reminds me of a similar experience at Liberty Private Works in Hong Kong. 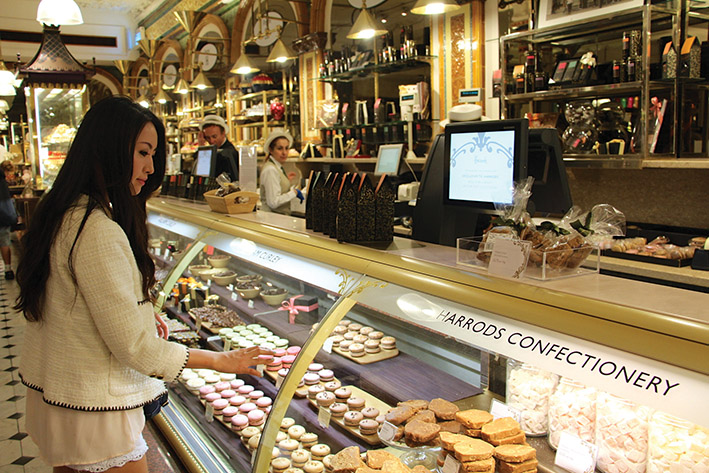 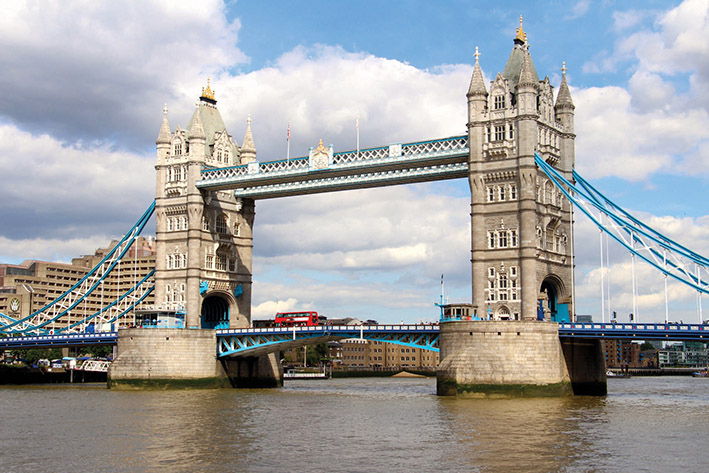