The results for the mooncake challenge are in

As a new initiative, Simplot teamed up with the Washington State Potato Commission last month to hold a unique and creative baking competition where chefs and foodies across Hong Kong were challenged to make a mooncake with a twist.

The challenge was to incorporate Simplot’s products from the Washington State of America into a mooncake recipe and the finalists were invited to bring their potato mooncakes to be judged at The Mixing Bowl in Sheung Wan where they got an exclusive cooking class while their creations were being examined. 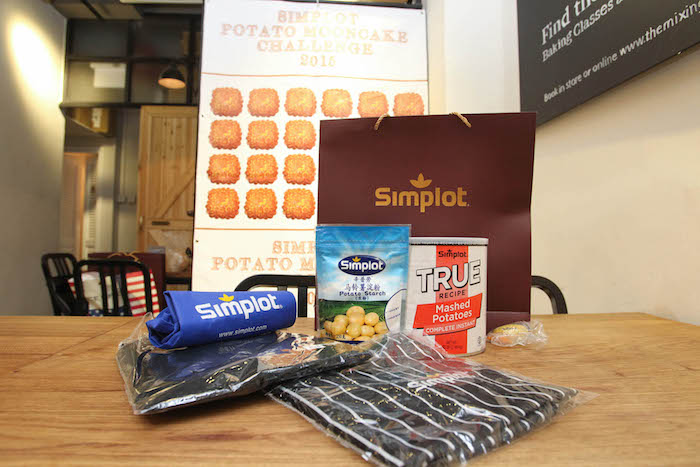 With the simple addition of hot water, Simplot’s dehydrated potato granules transform into quick and easy mashed potatoes. This ingredient made the recipe challenge less time consuming and more convenient than having to make mash potatoes from scratch. The Simplot potato starch was also a useful binding ingredient for the mooncakes, making them a great replacement to other gluten options of flour.

Simplot produce a line of potato products from frozen fries, wedges to potato starch and dehydrated mashed potatoes for retail and supply to outlets across the globe. Seeing as they were pioneering this baking challenge in Hong Kong, they wanted to bring a traditional Chinese dessert to the competition and chose mooncake as the theme. 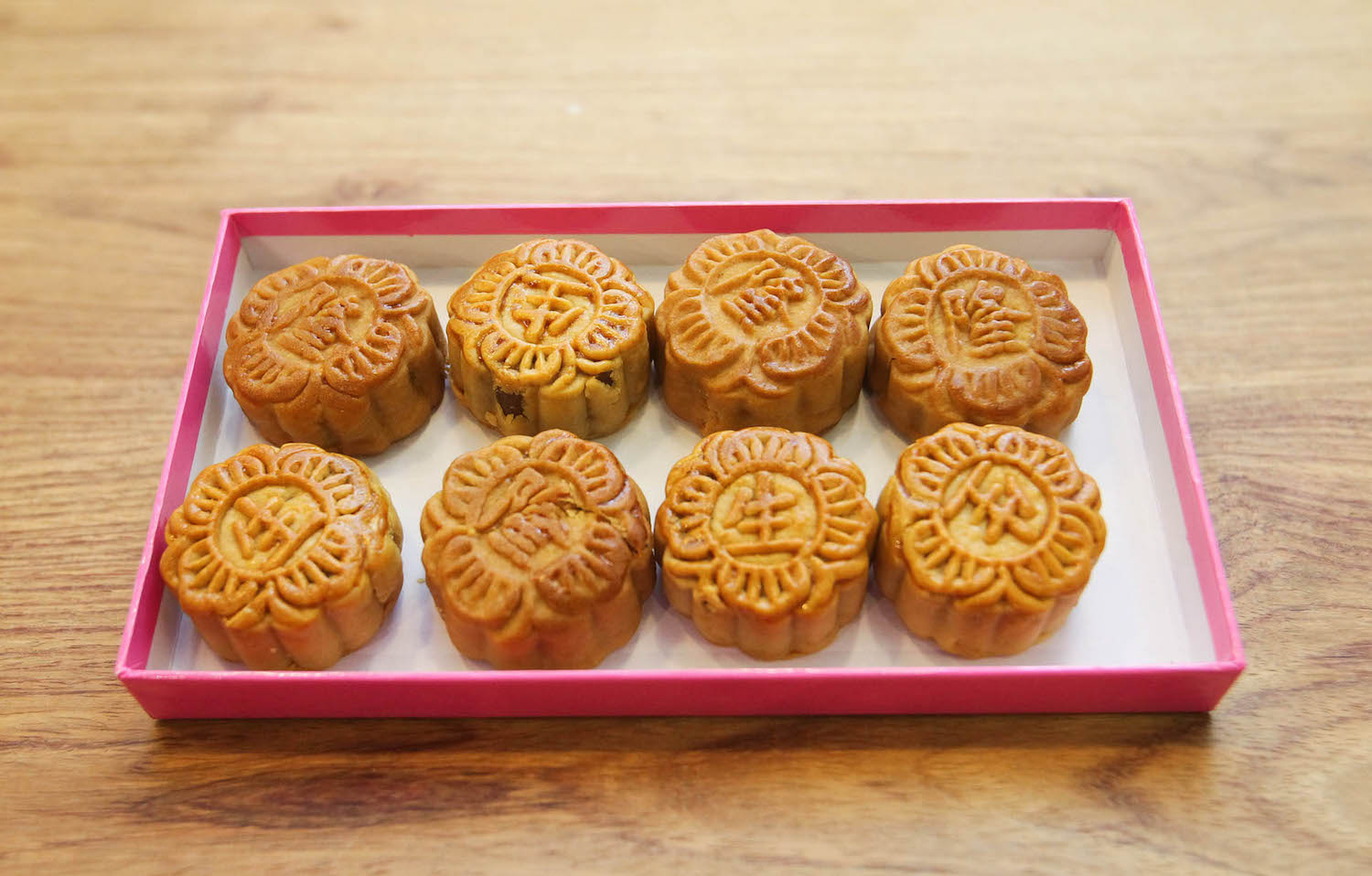 More commonly eaten and shared among friends over mid-autumn festival, mooncakes are traditionally made with a soft pastry filled with lotus seed paste and a salted duck egg yolk in the centre to represent the moon. This popular treat has seen many reincarnations in recent years, with snow skin crusts, ice cream fillings and even savoury spicy fillings. The challenge was therefore to incorporate either Simplot's products from the Washington State of America such as potato starch or dehydrated mashed potato into a mooncake recipe. Our thoughts ran wild when we first heard the concept, from bangers and mash mooncakes to savoury meat pies, we had no idea what the contestants would bring to the table. 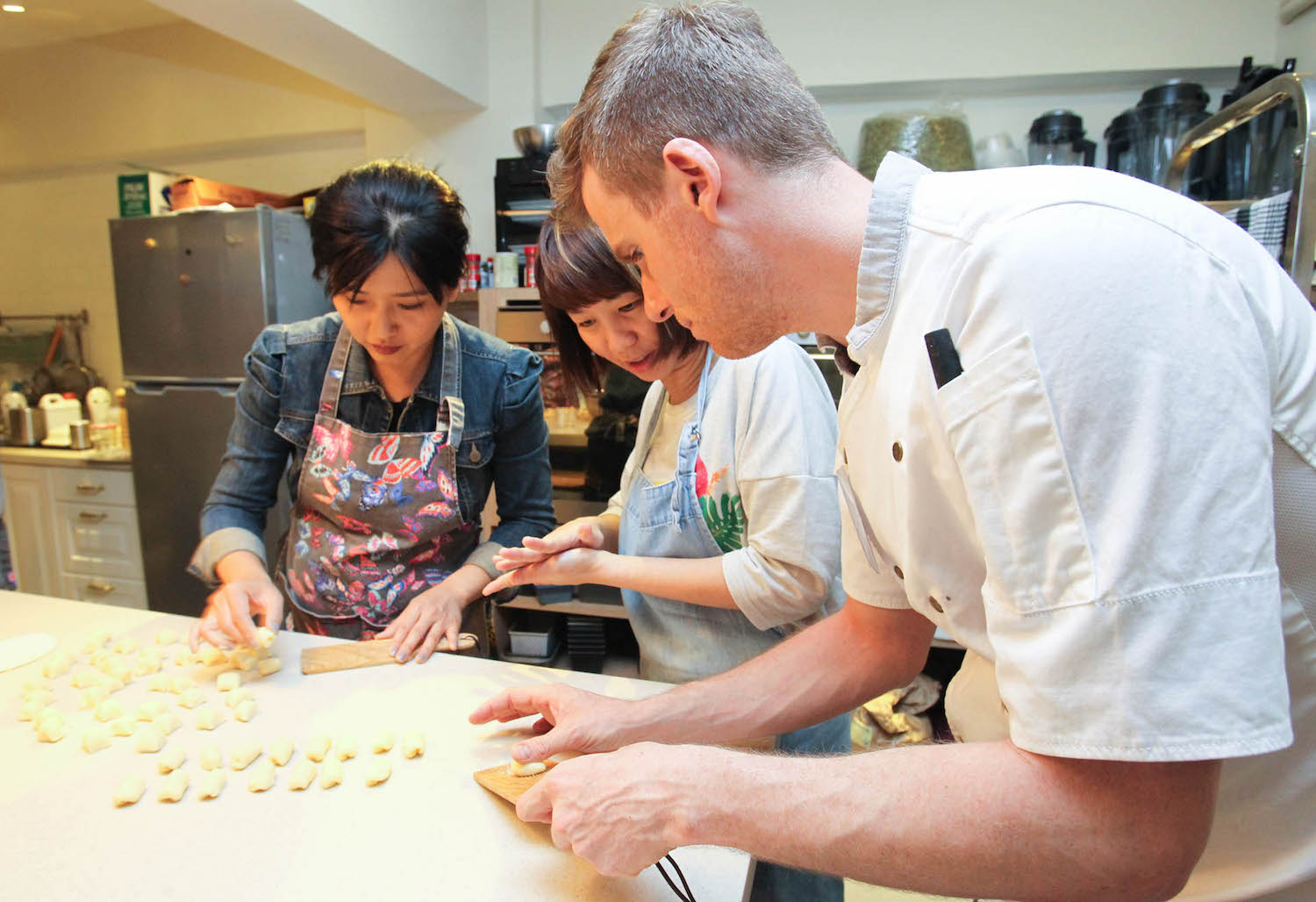 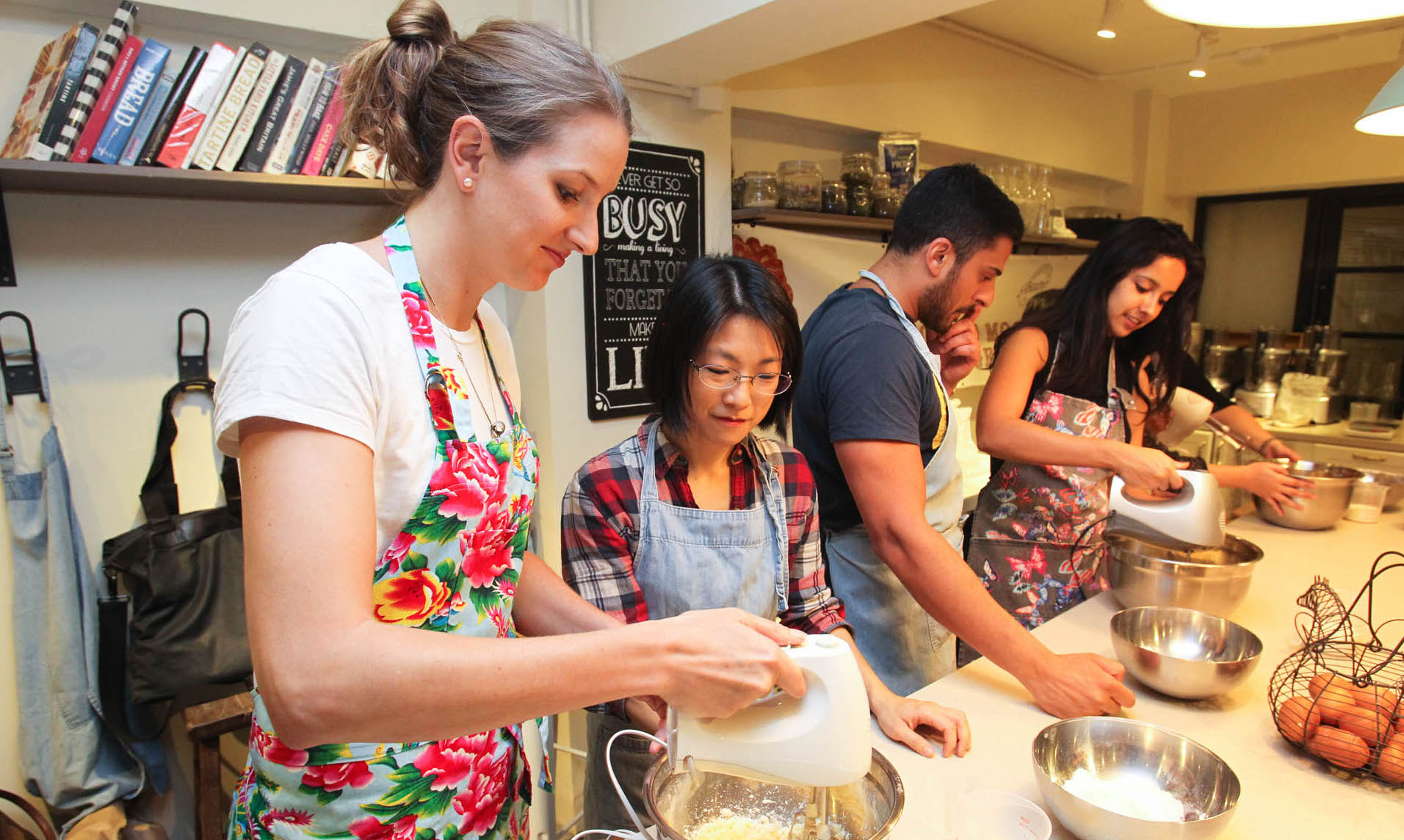 Eight finalists each brought two mooncakes and during the event, went upstairs to learn how to make potato gnocchi with homemade pesto sauce and chocolate potato cake with, you guessed it, Simplot ingredients. 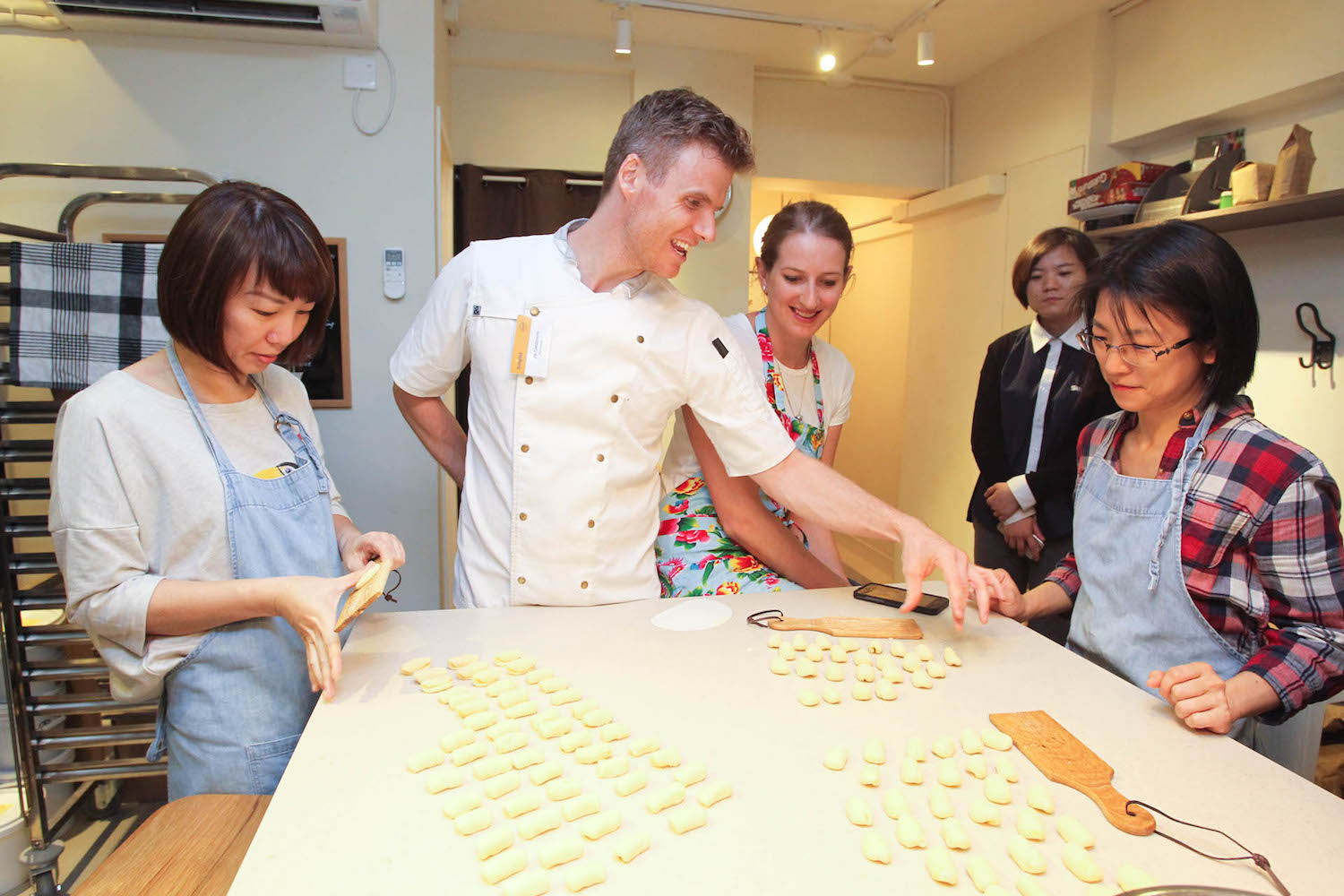 The results were fantastic and the contestants were entranced with the process of gnocchi making, from rolling to shaping into that signature striped pattern, which actually proved to be an easy recipe to follow. The chocolate cake had the unusual pairing of mashed potatoes incorporated in the cake mixture. Once baked, these cakes were incredibly moist yet light in texture, making a great alternative to having a fully dense floury cake. 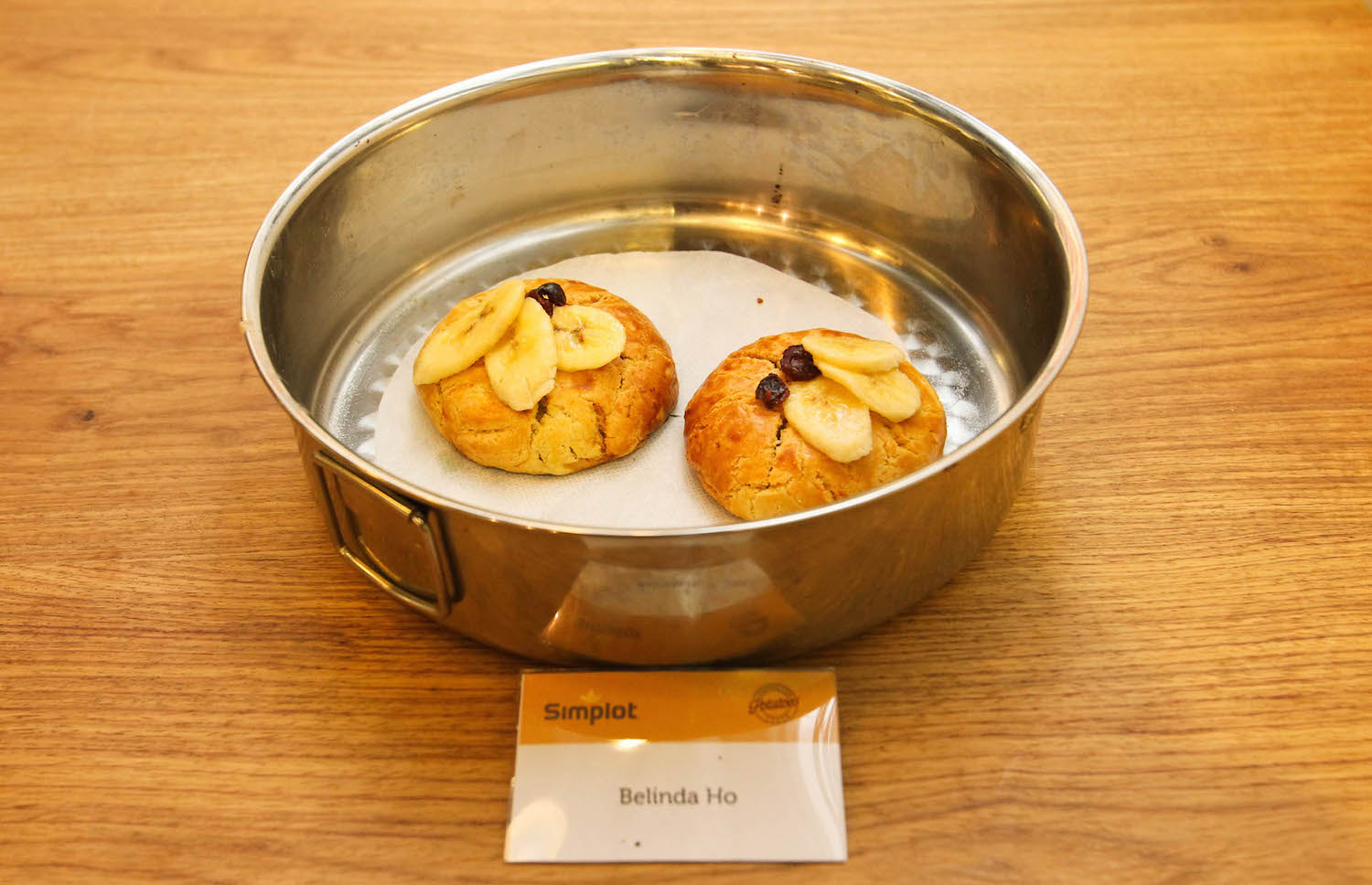 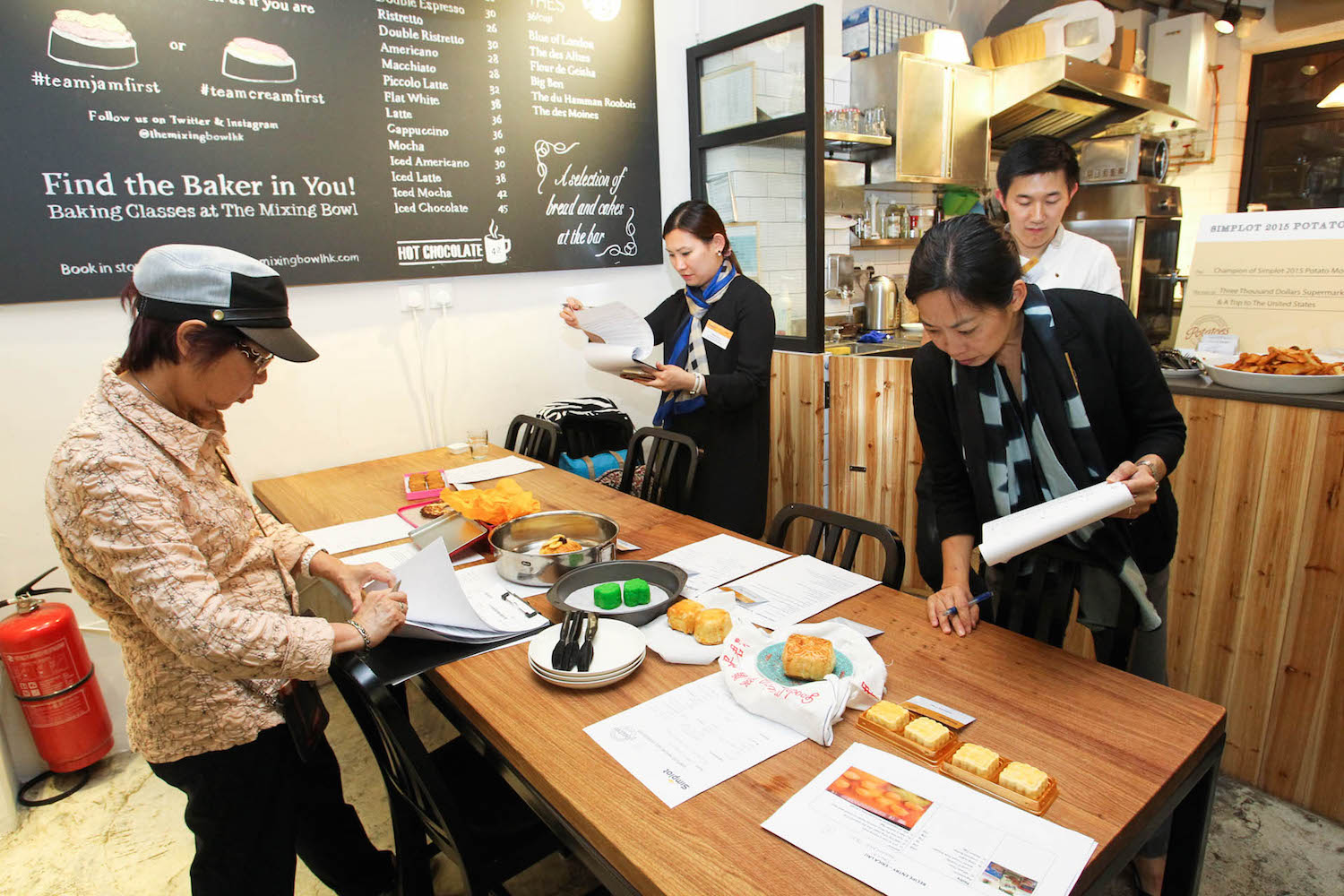 While the contestants were happily learning the art of gnocchi making and baking away with their chocolate cakes, the judges deliberated on the quality of the potato mooncakes, from the taste, texture, filling to shape and colour. The scoring system was meticulous and the four judges spent a considerable amount of time deciding a winner. The panel of judges included Ms. Sandy Lam of Simplot, Ms. Sylvaine Sui of the US Potato Board, Mixing Bowl tutor Victor and a special appearance from the Chairman of the Hong Kong Baking and Confectionary Association, Ms. Louisa Ho. Needless to say the standards were high and the bakers did not disappoint with their creative potato mooncakes. 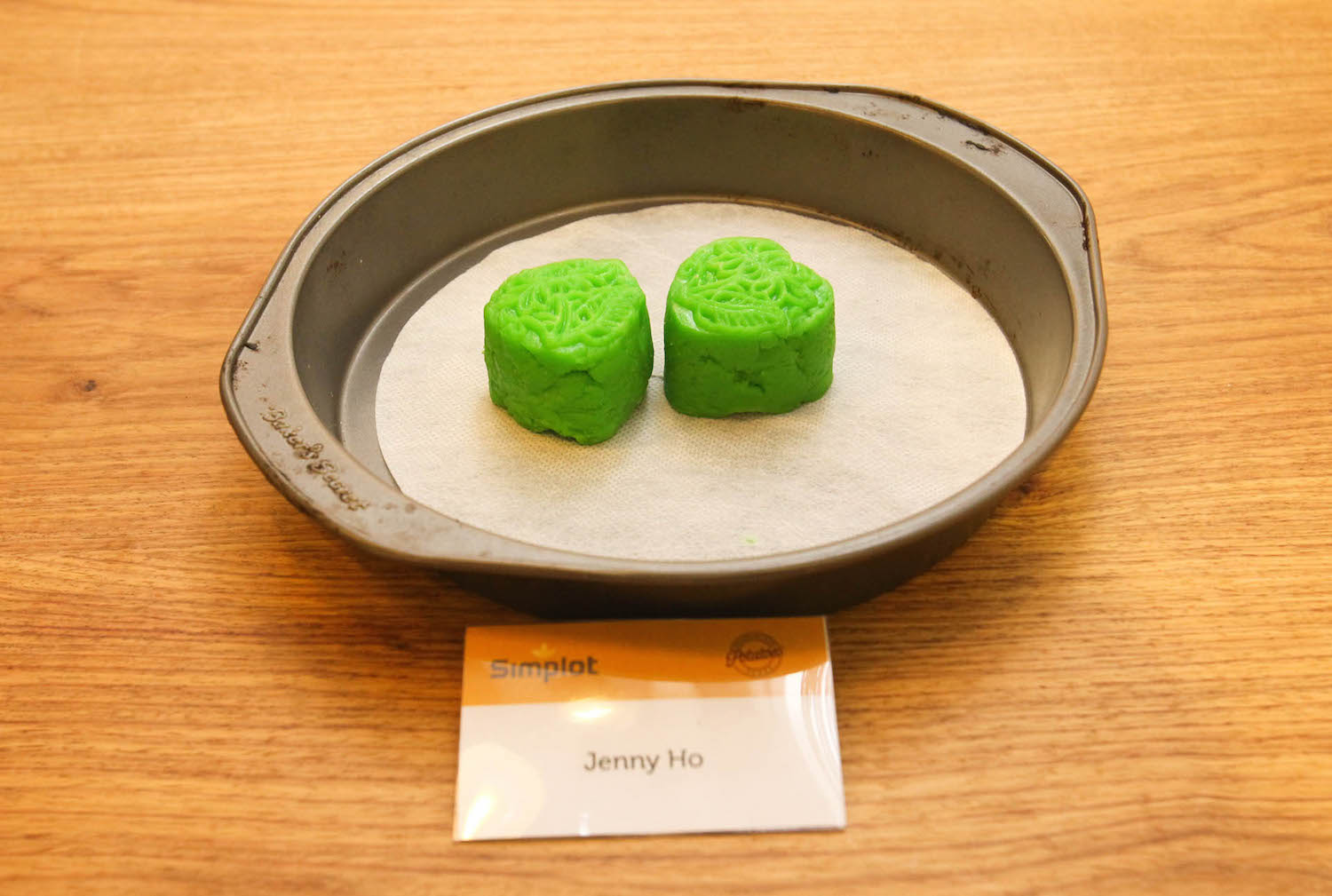 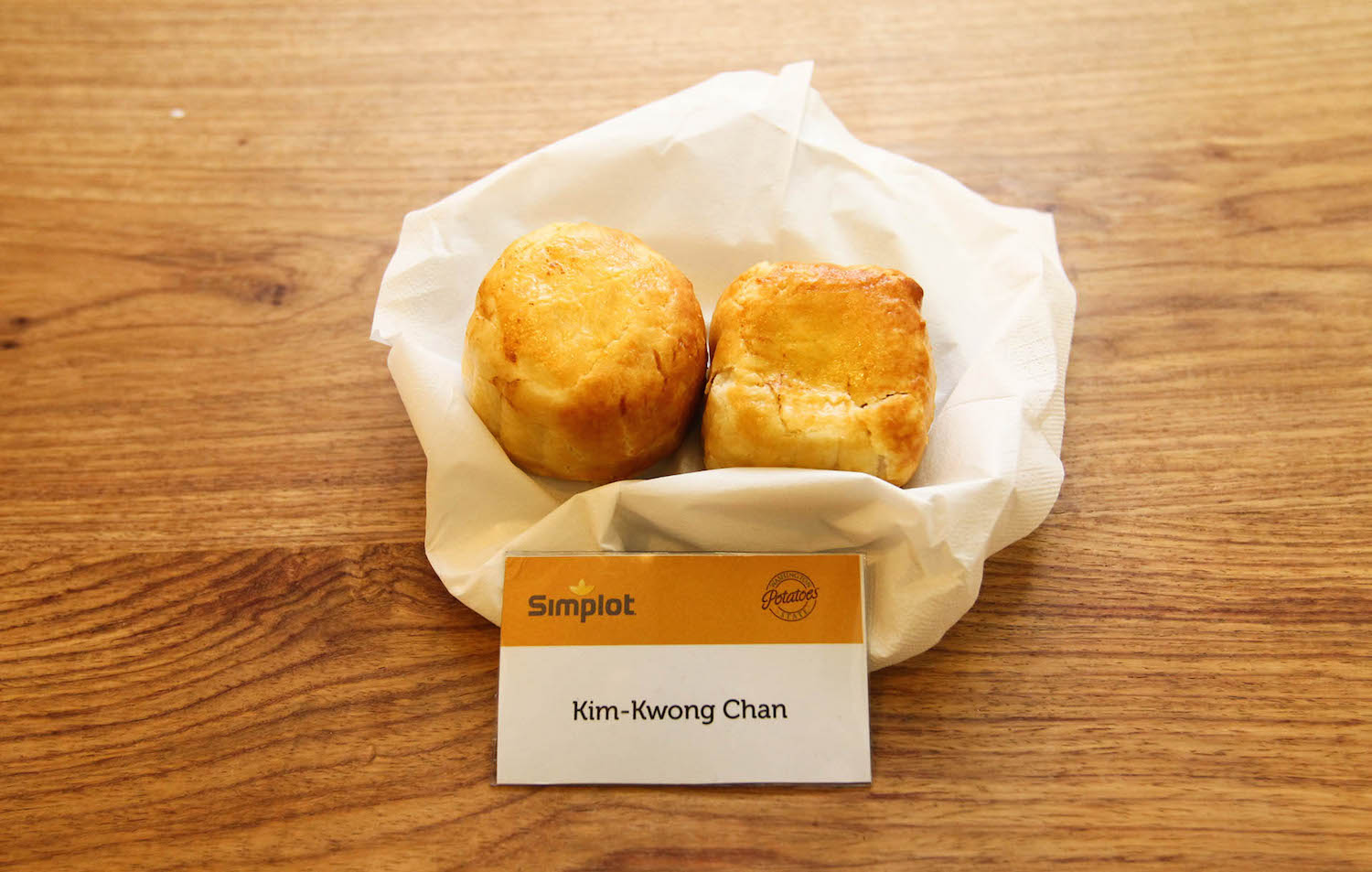 There were some delightful concoctions, from a pandan interpretation, to fruity banana and honey filled cakes. What impressed the judges the most was a char siu savoury mooncake where the crust was crumbly with a rich buttery taste and the filling of char siu gave a great flavour to the entire cake. From the texture, colour and form, this was the mooncake winner and Samantha Tam won the grand prize of a trip to the US and HK$3,000 supermarket coupons. First runner up was a very original Shepherd's pie mooncake by Naomi Rebecca that cleverly had a nod to the traditional mooncake by having a quail's egg centre. By being a shepherd's pie, these cakes were half filled with meat and half filled with potato, then surrounded by a crumbly and light pastry, making this the most unique creations of the competition. The second runner up was a more traditional mooncake that incorporated all the Simplot ingredients into that familiar lotus seed paste filling we all know and love. 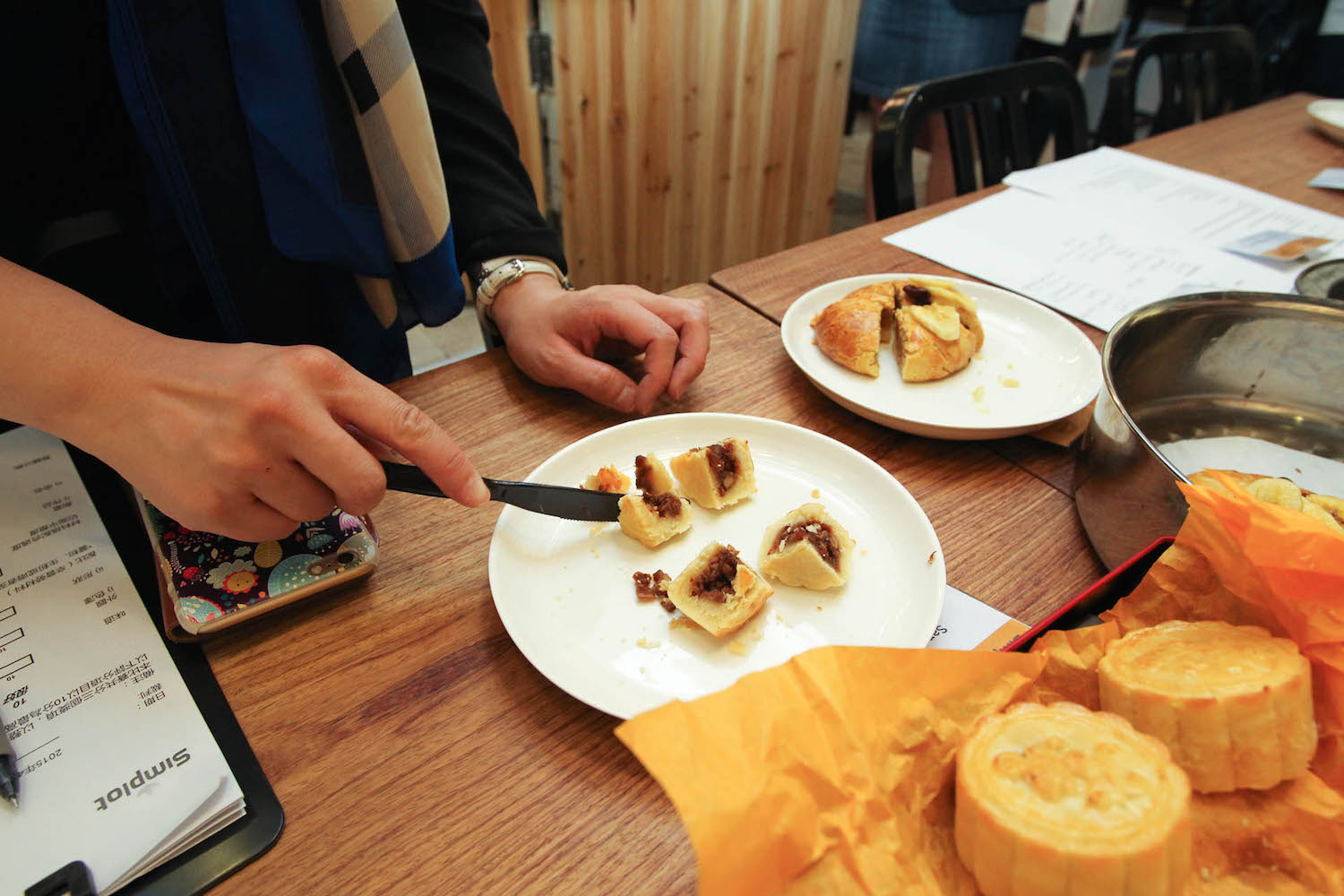 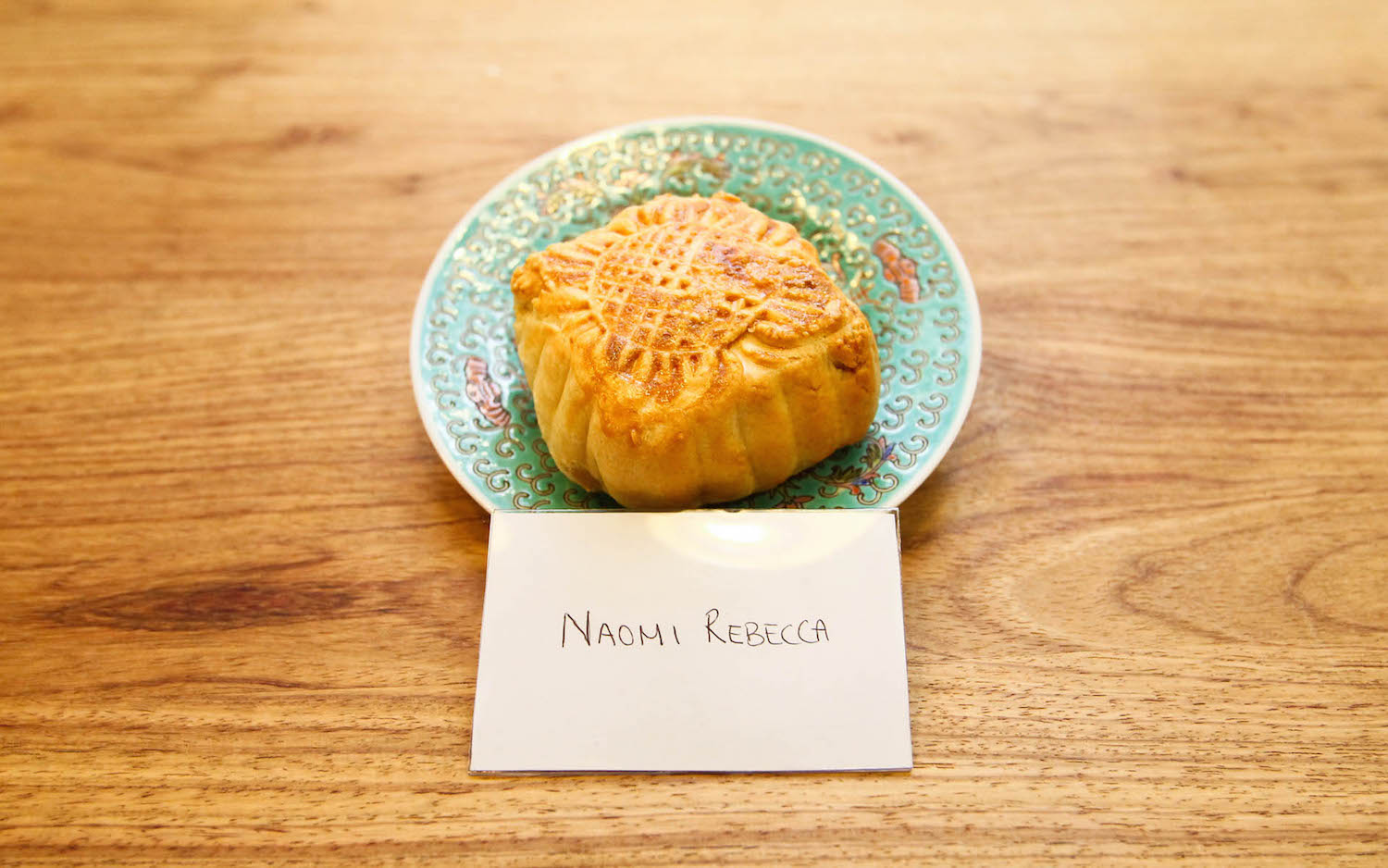 It is safe to say then, that these foodies can rise up to any challenge, be it potatoes, mooncakes or anything else, we're sure to see them again for the next competition. Keep a lookout for any future cooking contests from Simplot as they would love to have more home cooks compete and show off their skills. 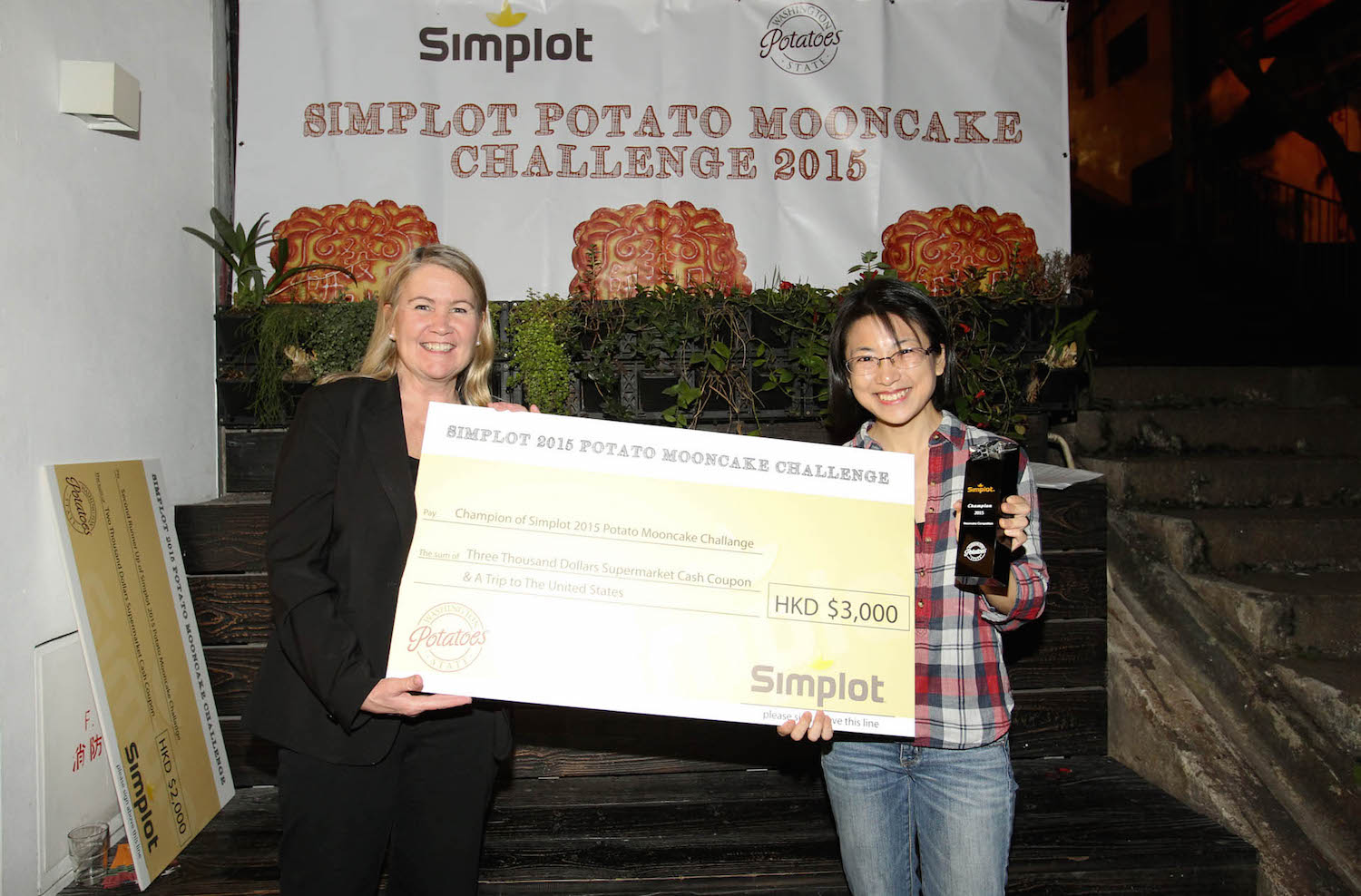 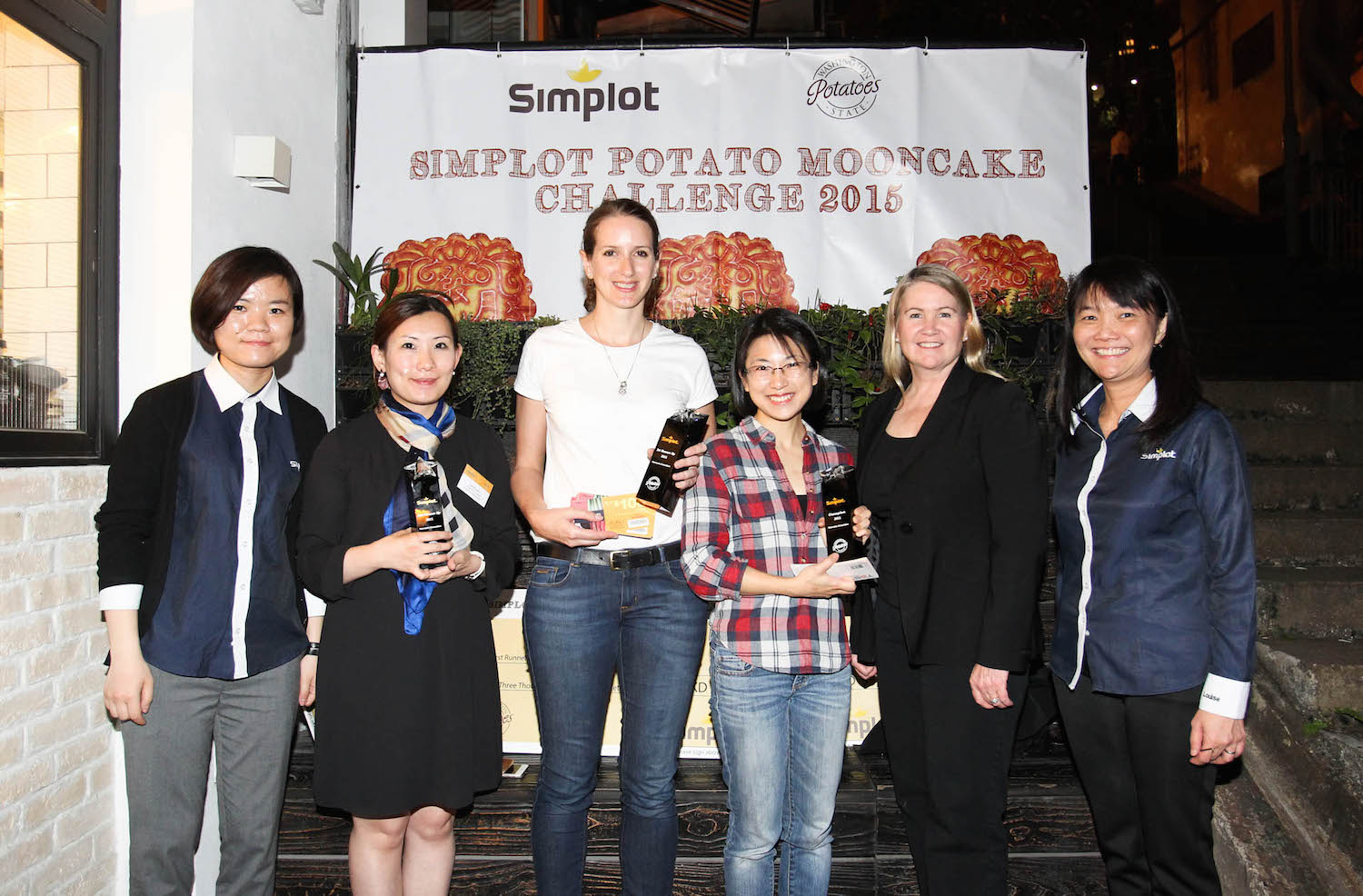