Is it worth the hype?

Tapas bar and restaurant Boqueria has been pulling in punters since its debut in New York in 2006. Our high expectations were unfortunately not exceeded – although we liked the restaurant space and chilled vibe, the food was decidedly underwhelming.

The former head chef at Hong Kong’s own Uno Mas, Chef de Cuisine David Izquierdo hails from Valencia, the birthplace of paella, so it’s our duty to start here. The chef’s paella tasted authentic enough and was bursting with well-cooked seafood, but it was missing our favorite part, the crust on the bottom. Moving on to the tapas, we liked the flavourful lamb meatballs in tomato sauce with beautifully creamy sheep cheese. The beef and potato croquettes were also tasty. Unfortunately, the thinly sliced chorizo cooked in red wine had a cardboard-like texture and was swimming in oil, and all of the desserts were on sugar overdrive. In particular, the crema catalana was a major disappointment due to it being heavy and gloopy. The prices were what really got our goats though; the (two) beef croquettes were priced at $88, and even a simple sautéed mushroom tapa was $98. Seriously? 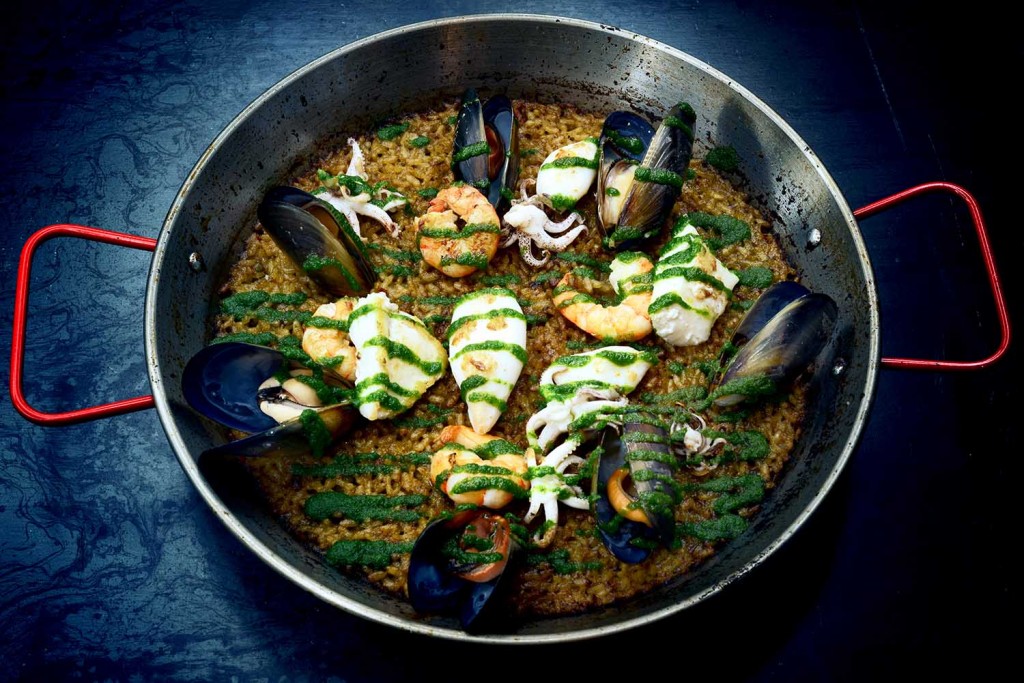 The drinks: There were plenty of Spanish wines and beers, plus red, white and rosé house sangria, all of which contain fruit that has been soaked overnight in alcohol for an extra kick. We preferred the classic red sangria; the white was strangely effervescent, and the rosé – a first for Foodie – was just plain strange (and the same colour as Kool-Aid!).

The décor: Barcelona’s Boqueria food market is the heart of the city, and the restaurant does well in invoking its namesake’s buzzy atmosphere in its communal tables and bar dining areas, which were packed with locals and expats on a Tuesday night. In true tapas bar spirit, there are the obligatory legs of jamón dangling from the ceiling and chalkboard menus surrounding the bar, but the warm, low-lit space feels much more New York modern than traditional Spanish.

Will we go back? For a few carefully selected tapas and sangria with friends after work, maybe. But for a sit-down dinner, we don’t think the quality of the food is on a par with the high prices.