This article originally appeared in the latest June edition of Foodie: The Foodie Forks Read it here!

A Modern Versailles: Bathed in muted rose gold and natural wood tones, Epure, a fine dining French restaurant connected to iconic French patisserie Dalloyau in Harbour City TST, is a picture of subdued refinement. From the intricate wall mural depicting the French imperial hunting grounds to the dazzling wall detailing the map of 19th century Paris, every detail is carefully orchestrated to produce an impressively opulent yet unrestrained dining atmosphere. The captain at the helm of this great culinary vessel is the very affable Nicolas Boutin, who has cheffed various Michelin-starred kitchens in France as well as the Four Seasons in Bora Bora. Alongside Chef Richard Ekkebus, he helped open Amber at the Landmark Mandarin. Equally impressive is the head pastry chef, Matthieu Godard, who worked with Chef Nicolas during his time at Amber. Following our meal, we took a tour of his immaculate kitchen, complete with traditional red and gold cooking stations imported from France. 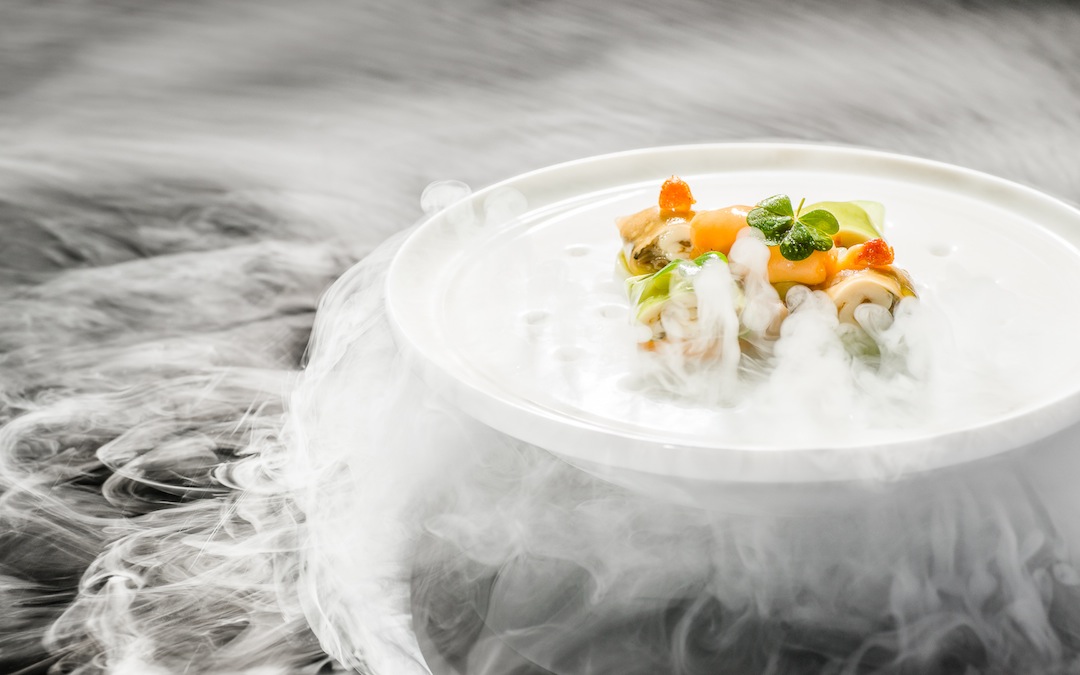 Behind the beauty: The culinary ethos behind Epure centers around bringing out the true essence of natural ingredients with no exaggerated embellishments that could detract from the simple goodness of the high quality produce. There are certainly parallels in this ethos to that of Epure's owners, who also own the well-known skincare brand, Fancl. Our degustation menu commenced with a medley of heirloom tomato globes, which oozed sun-ripened flavours once they popped in the mouth, accompanied with a refreshing green tomato sorbet and a sweet and delicate cold tomato soup. An equally enticing French oyster wrapped in cucumber and paired with melon and spicy crunchy peanuts arrived in a cloud of nitrogen smoke. We would have never thought to pair morels, fava beans and spring onions, but the cappuccino foam-like morels royale was a winner, while the Jerome Galis green asparagus with mousseline sauce was so tender we could cut through it with a fork. 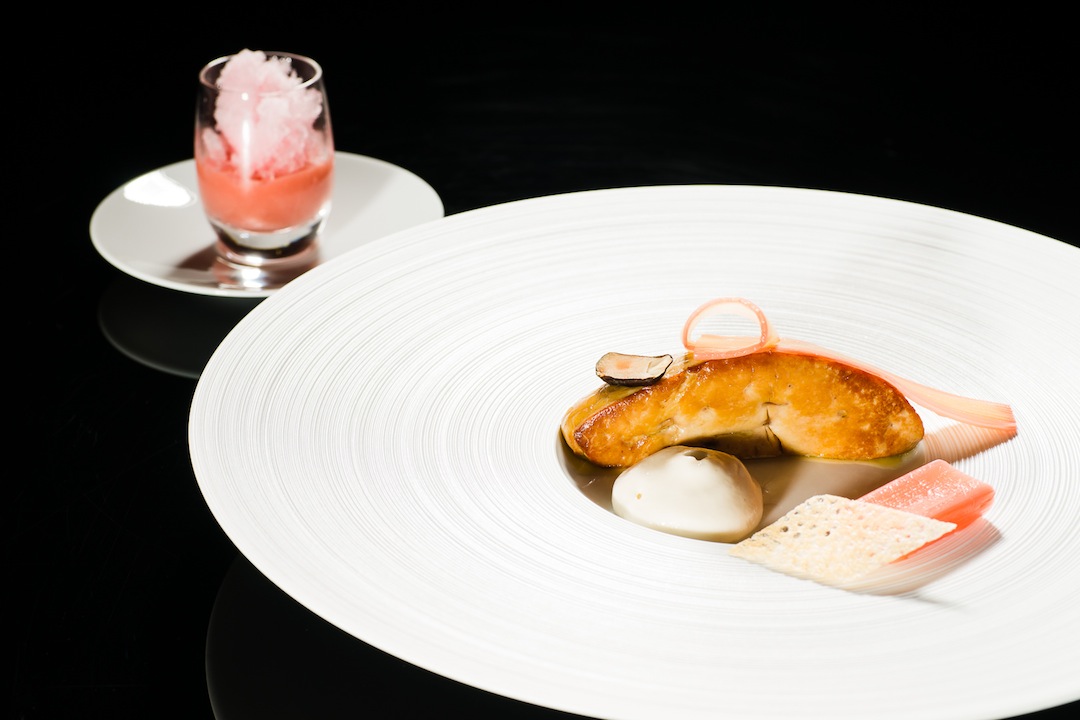 The Parisian white button mushroom soup with baby spinach gnocchi dazzled in its simplicity, while the hero of the meal goes to the roast milk-fed veal with baby artichoke, fava bean puree and caramelized onion. Dessert was a pageantry of tantalizing baba au rum, a “deconstructed” Black Forest cake, and our favourite, “les profiteroles” which were hidden under a chocolate tunnel and only revealed once hot chocolate syrup was poured over top and melted away their delicious sheath. We were also lucky to have visited Epure during the two days that cheese master Francois Bourgon was visiting Hong Kong, and were able to sample the edible jewels from his thoughtfully procured cheese trolley. 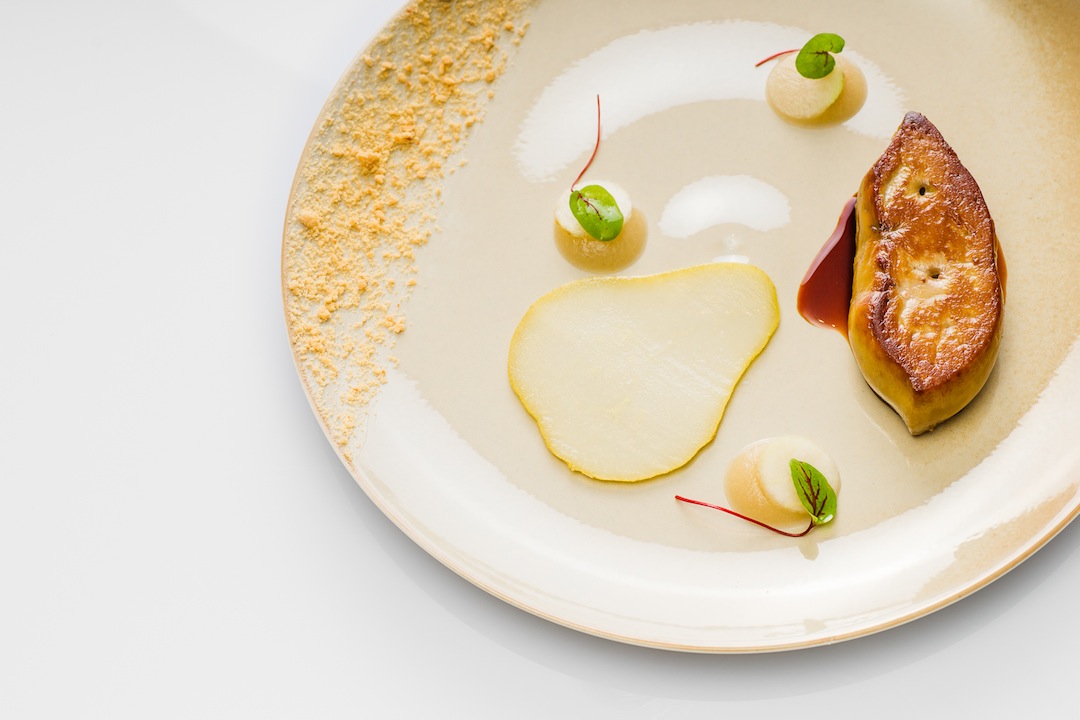 Verdict: Immaculate French fine dining with the finest ingredients sourced exclusively from France. Seasonality plays a big part in the tasting menu as Chef Nicolas constructs his menu based on which ingredients are at their prime in France. He could source optimal ingredients from all over the world, but he prefers to keep close to the French suppliers he knows best. Epure is the perfect venue for aspecial celebration, or a more casual evening could be had on the vast terrace with a smaller bites menu. At the moment, only tasting menus are offered, and the price tag starts at $988 and reaches upwards towards $1,588 for an 8-course culinary journey. Well worth it for the dedicated care the chef pours into his cooking and the premium quality ingredients used. Fine dining at its best. 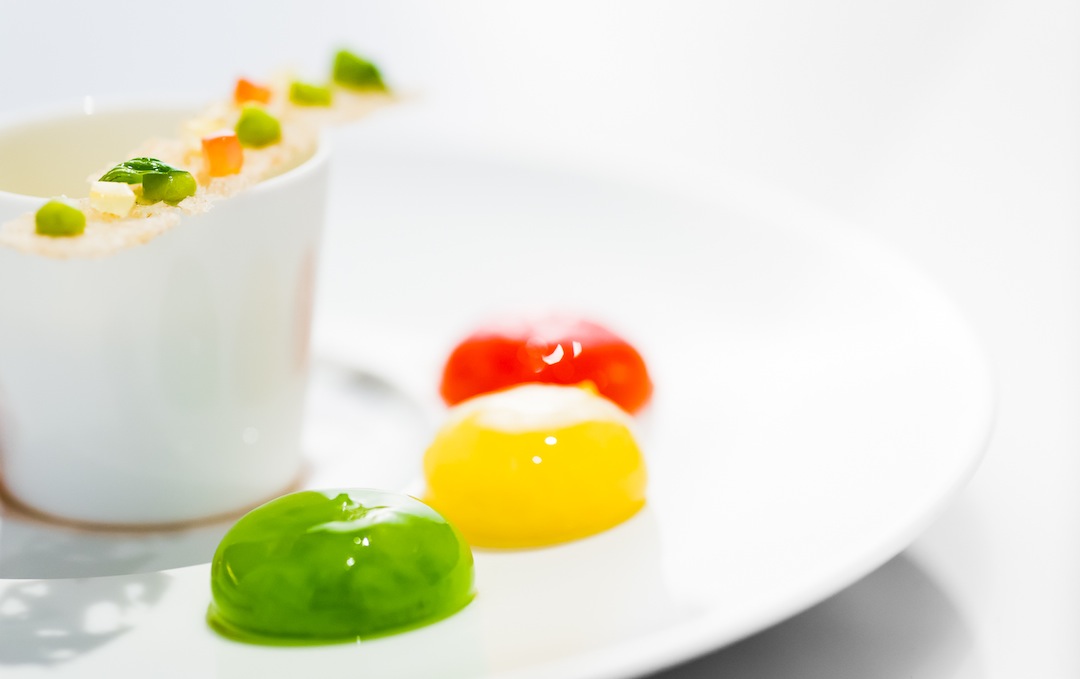