The US Potato Chef's Competition

For the month of June, 14 chefs across Hong Kong will battle it out with their potato dishes

It's our second year running for our chef's competition in collaboration with the US Potato Board and we are excited to have over 14 chefs competing with their original dishes this year. The dishes are up on their menus for the entire month of June, so if you like what you see below, go out and try them yourselves. 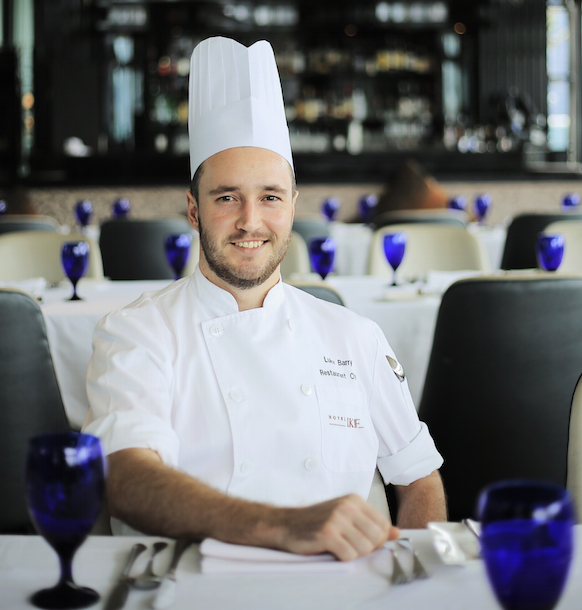 Born and raised in South Africa, chef Luke's thirst to travel has seen him work his way around prestigious restaurants from his home town to Shenzhen and now Hong Kong. He joined the Rhombus family last year and now leads the Azure kitchen team to amaze international diners with unique gastronomic creations. 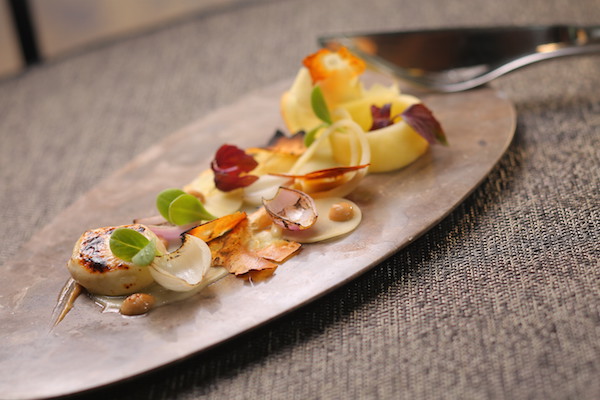 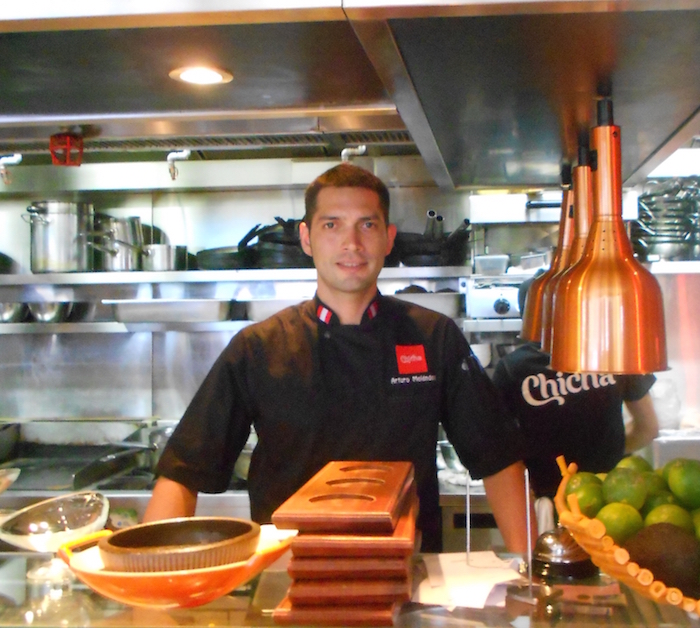 Tucked away on Peel Street, Chicha serves the best Peruvian food in Hong Kong with good quality ceviche and an impressive drinks list of Pisco cocktails and great wine. Hailing from Peru and having trained at different prestigious kitchens across the globe, Chef Arturo has been heading up Chicha since 2002. His fun and modern take on Peruvian cuisine means that you'll find Asian flavours and European cooking techniques in traditional dishes. Chef Arturo certainly is a chef full of ideas and his potato dish reflects Chicha's fun menu. 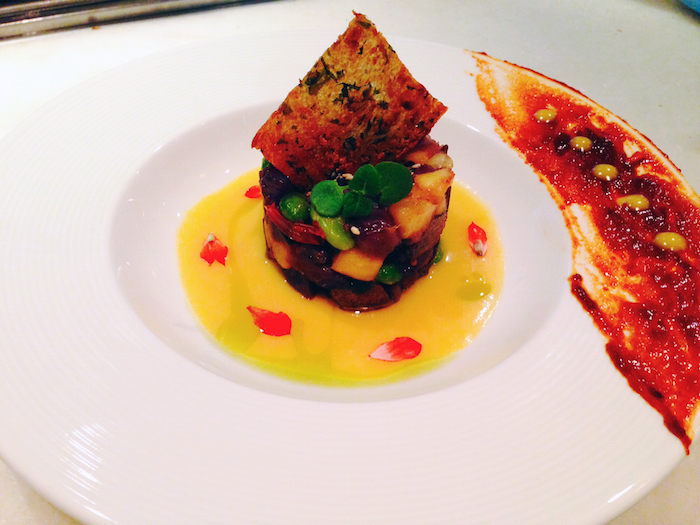 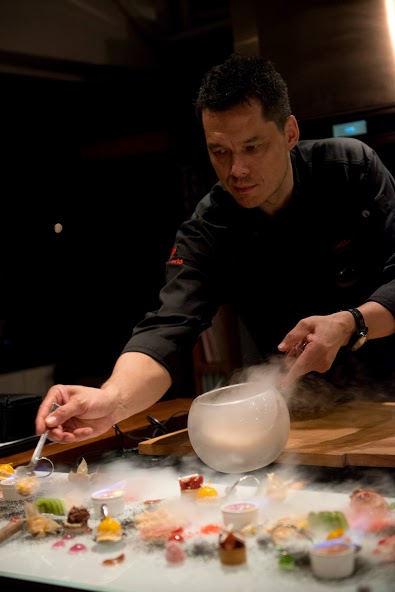 Chef Wong's Southeast Asian and Continental culinary style is distinctively contemporary and reflects his upbringing in Germany with a German mother and Chinese father. Chef Stanley's eagerness to find his Chinese roots paved his emergence towards a professional career journey of over 30 years, spanning a series of select positions at award-winning hotels and Michelin-starred restaurants and eventually leading him to Hong Kong. He currently runs his private kitchen, Culinart, in Wong Chuk Hang and was second runner up in last year's Potato Chef's Competition. 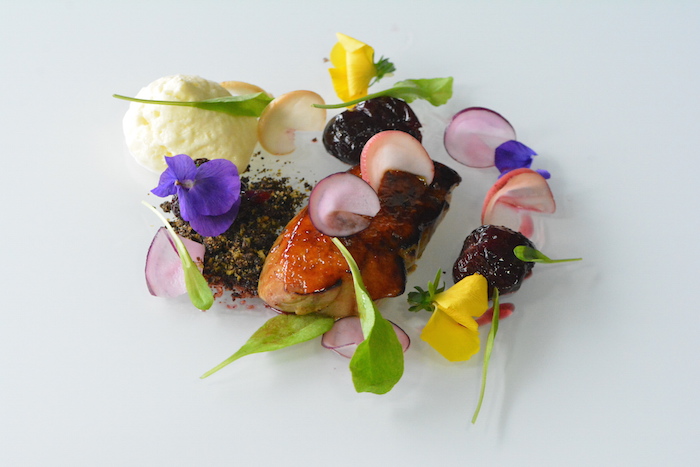 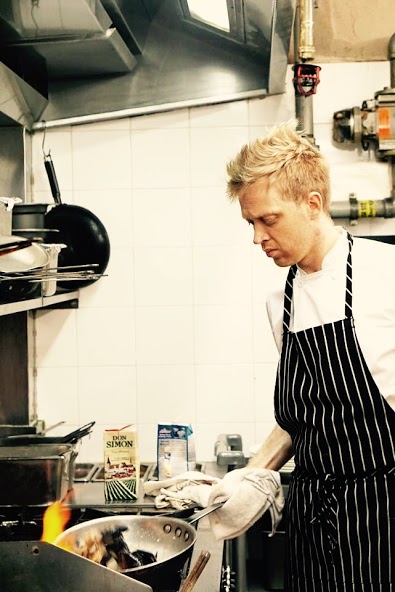 With a love for cooking that dates back to his early years, Simon started in his first professional kitchen at the age of 16 and has worked as a chef in Florida and in Manchester since. Having gained an international presence, Simon was invited to Hong Kong in 2010 to meet with Concept Creations Executive Chef Michael Van Warmelo. Simon then moved to Hong Kong to become the Head Chef of Tapeo, and later Frites in Wan Chai. Having cooked for locals and expats alike for 4 years, Simon says proudly “this is home”. 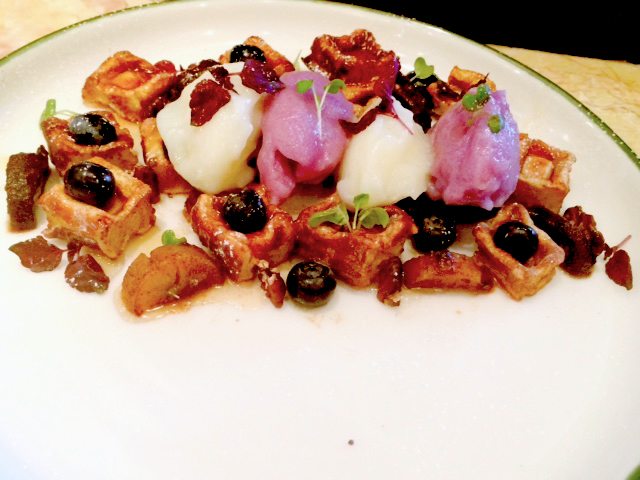 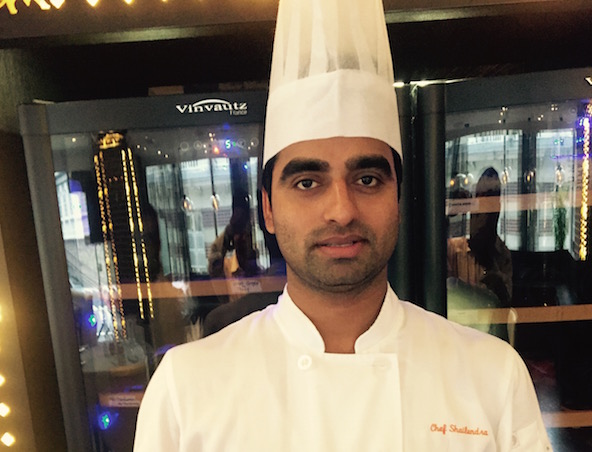 Located in Lan Kwai Fong, Ista serves Indian Cuisine in a luxurious setting. Their menu offers an array of Indian street-food favourites, tapas-style appetizers, curries and biryani for the classic Indian fare. Chef Shailendra has previously worked at hotels and prestigious restaurants across India before joining Ista to head up their kitchen. 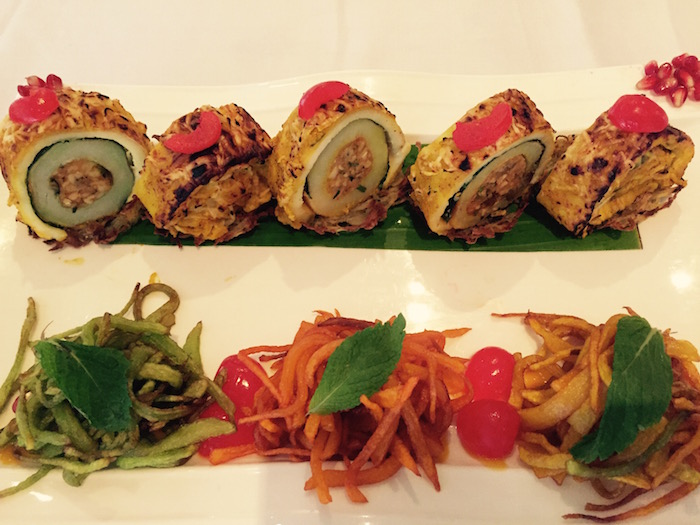 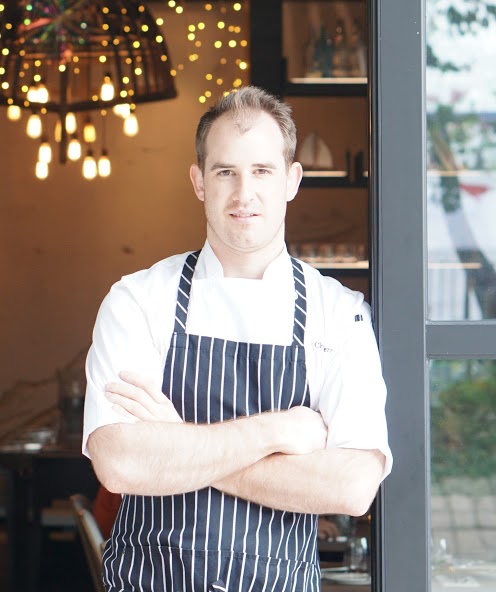 Australian-born Christopher Kerr spent much of his life travelling, cooking at restaurants across Europe and the Pacific before bringing his innovative culinary style to Hong Kong with the launch of Kinsale as the Executive Chef. Kerr is deeply passionate about modern, wholesome British cuisine and that has no doubt played an influence in the creation of the Kinsale menu, which boasts European comfort food with an international twist. With his love of food and a wealth of experience, Chris and his team focus on nothing but the freshest, finest ingredients in the market. 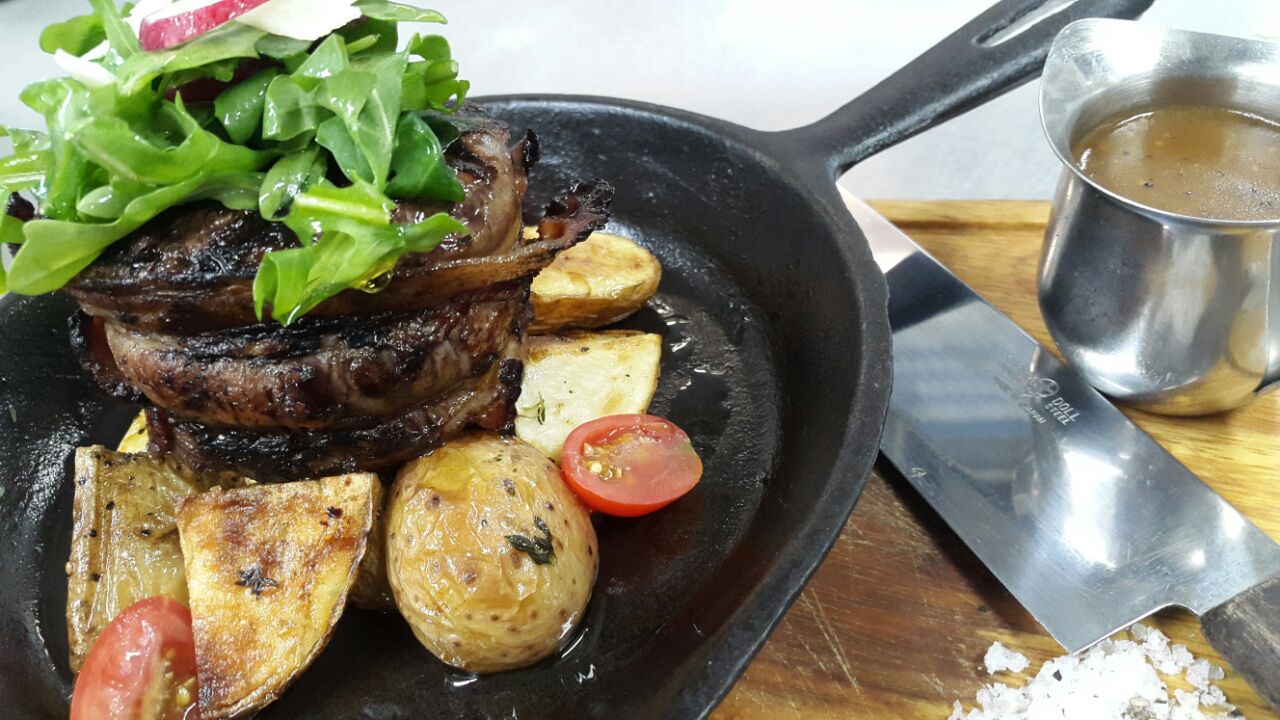 Chef Oscar has developed a wide range of culinary skills during his years in Hong Kong and since opening Oola on Bridges street, Chef Oscar has been instrumental in developing the extensive menu where he loves developing new and exciting taste experiences for the customer. During his time at Oolaa, the restaurant has won many awards and recognition, and is famous for the fantastic breakfast offerings. 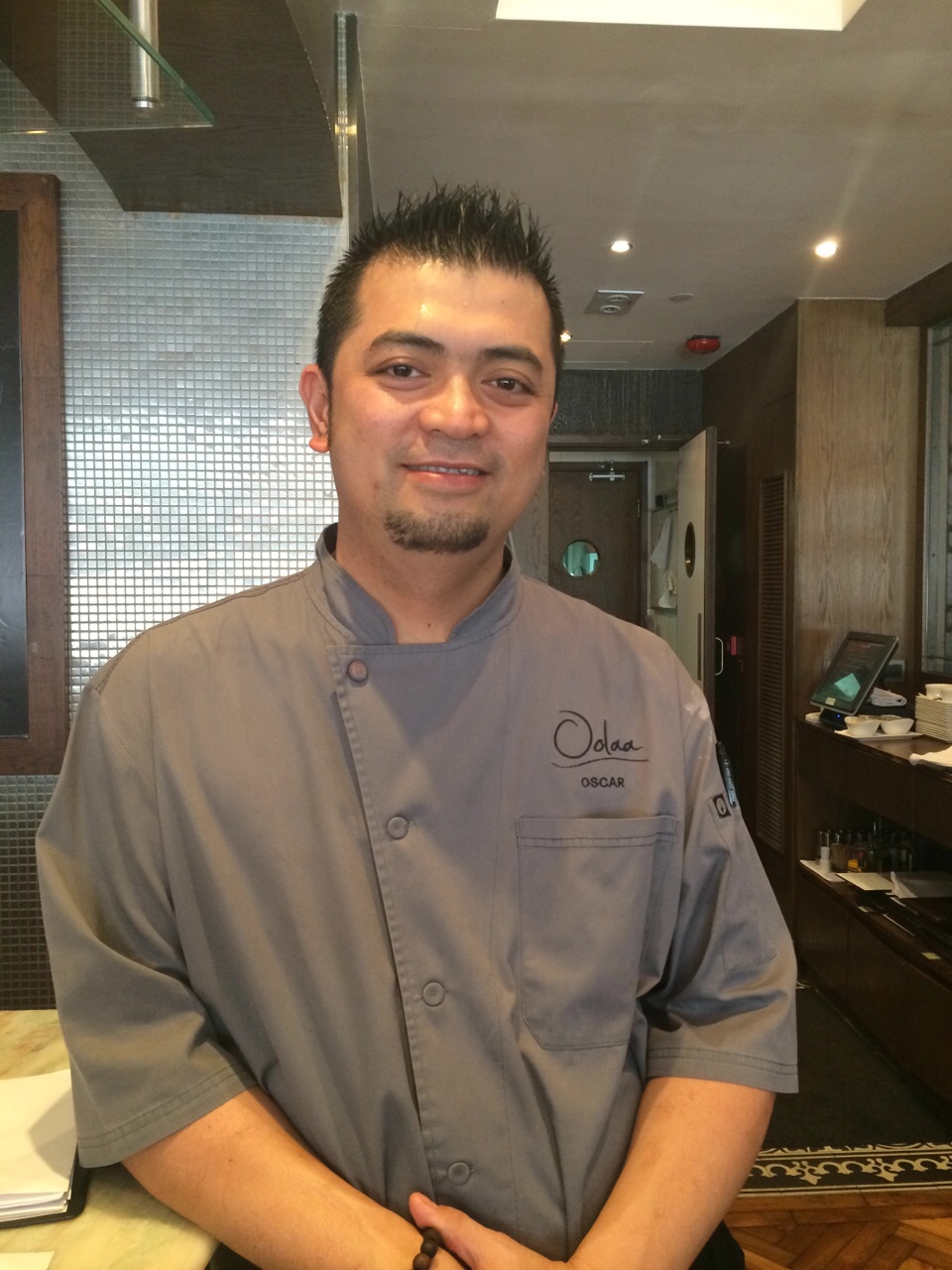 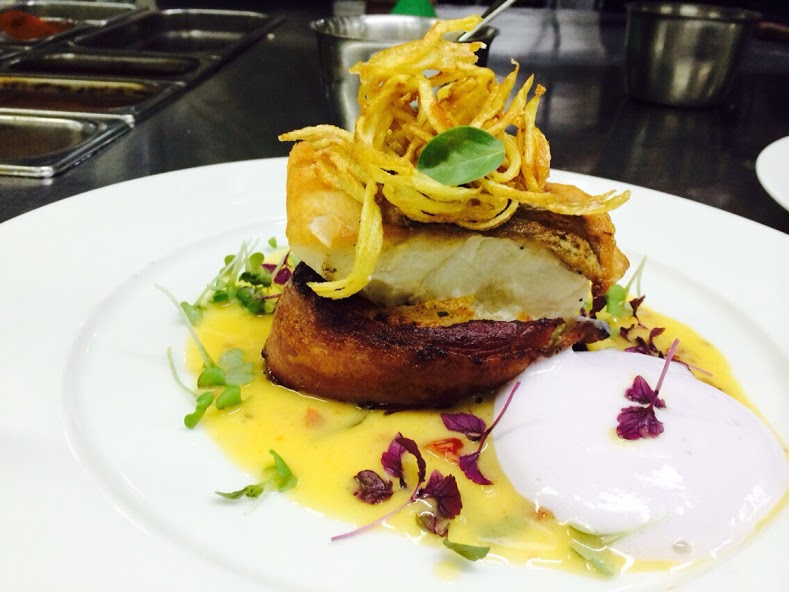 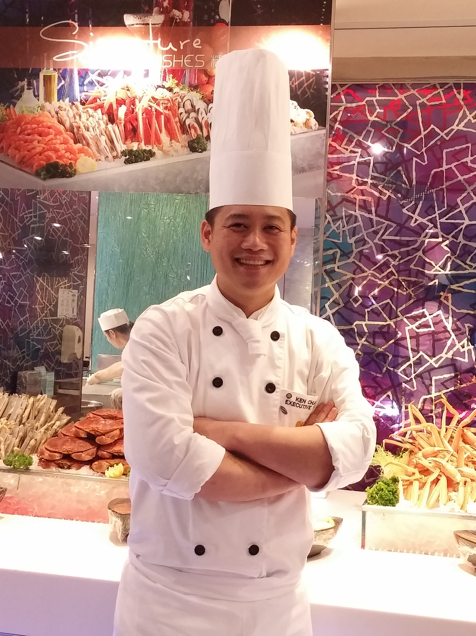 Chef Ken Chan started his career as a chef in 1994, accumulating over 21 years of professional experience, and has been with Regal Oriental Hotel since 2010 and he is now a member of the Hong Kong Chefs Association. Having worked in different hotels and restaurants, Ken has gained rich insight on creating new fusion cuisines, especially with American and Italian dishes. Ken is also active in the media, through which he hopes to pass on his soul and spirit of culinary art. 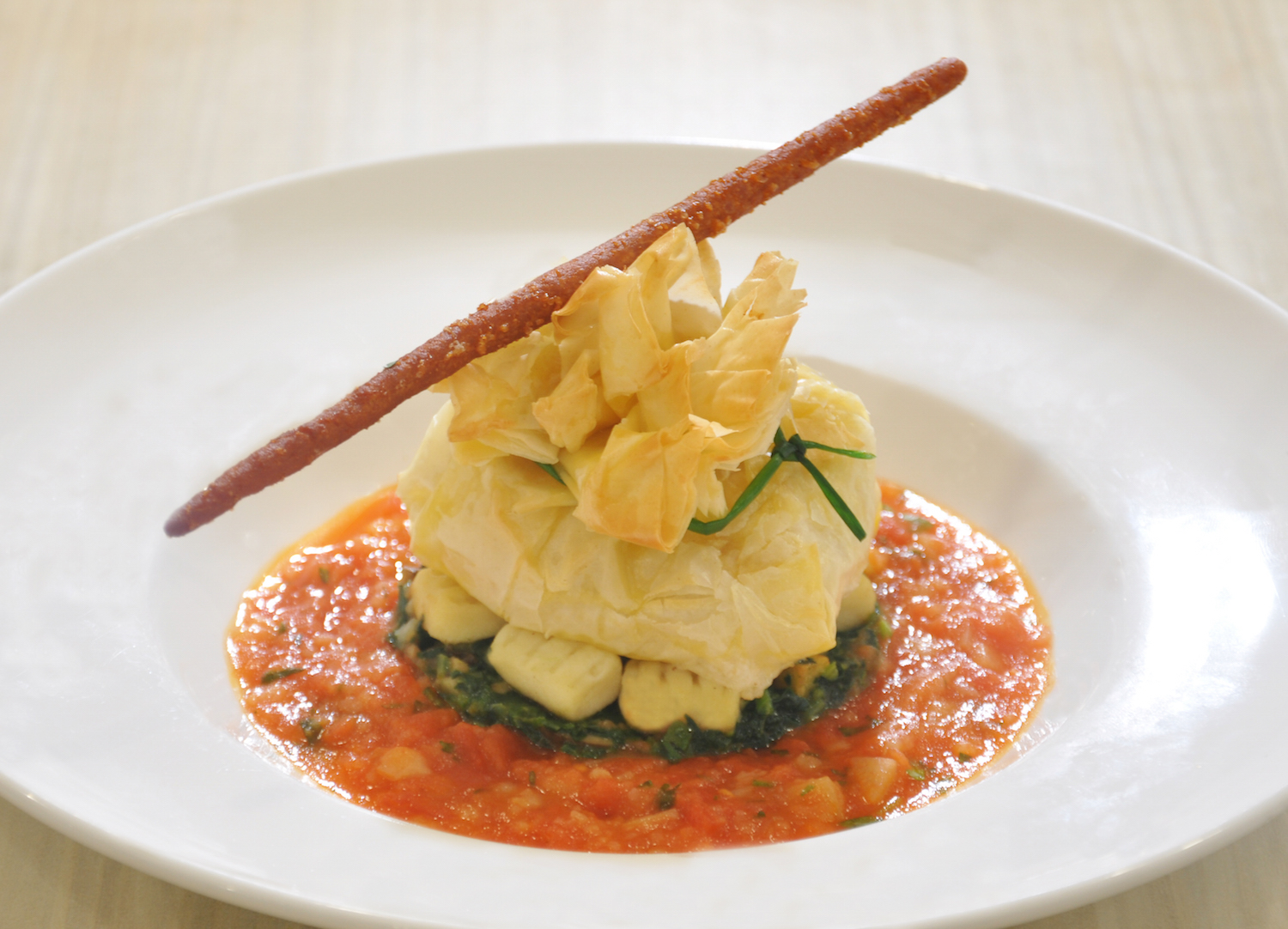 Born in Hong Kong and raised in Australia, chef Patrick takes influences from his extensive travels and encompasses world cuisine in his menu at SAAM. He focuses on seasonal, sustainable food cooked with precision using innovative techniques that you'd find in most fine dining establishments. The modest décor and price tag at SAAM however, reflects a humble approach to food, making it a unique place for high quality food in a comfortable environment. 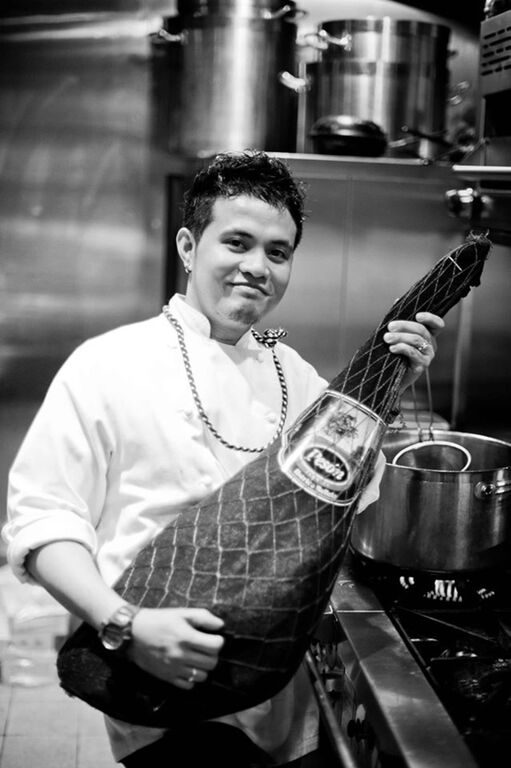 Sammy Flores started his culinary career at a young age, and has worked his way up to his current position as Executive Chef of Shore Steak. He sees the potato as the perfect accompaniment to beef — be they hand-cut and triple-cooked for a dry-aged steak, baked and served with a dollop of butter and sour cream for a tenderloin, or even whipped with truffle oil as a great garnish for a slow-braised oxtail. He says he’s in it to win it. 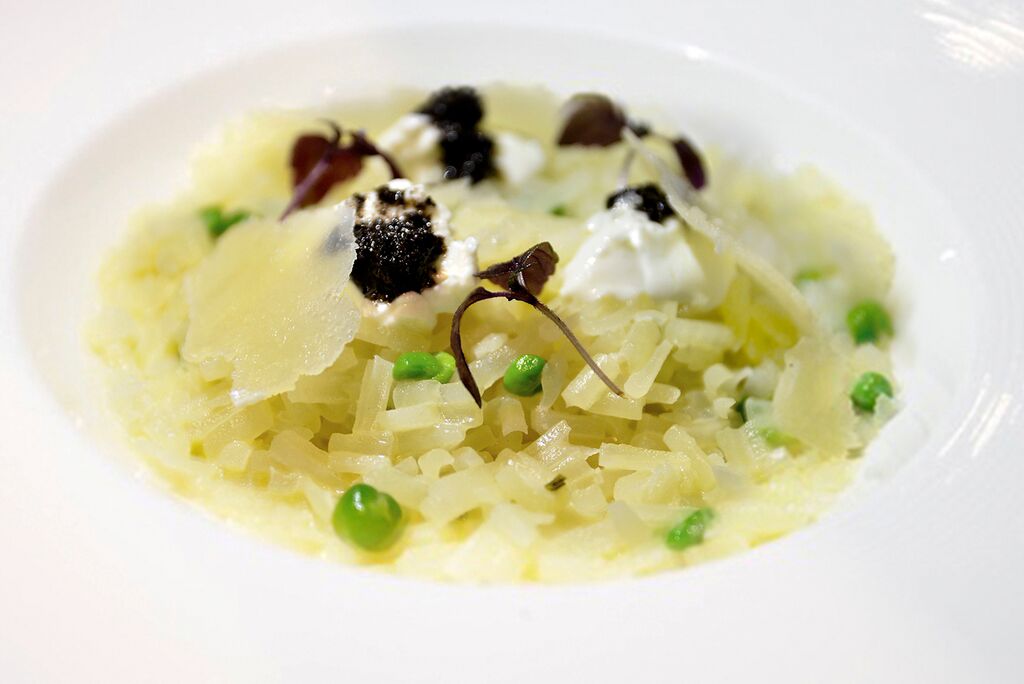 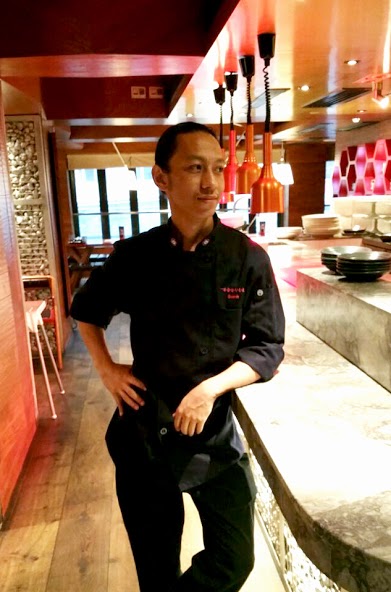 This contemporary Greek restaurant in Lan Kwai Fong is often frequented by the Foodie team. Their smoky aubergine dips and zingy salads keeps us coming back every time. Chef Samir's passion for food shines through and having previously worked in Spanish, Peruvian and European style cuisines he takes influences and incorporates and adapts new flair into the Souvla menu. 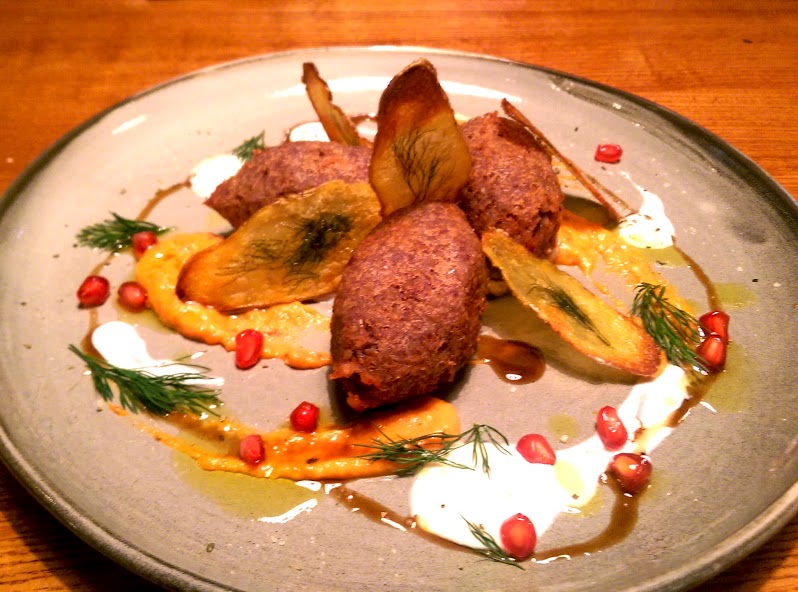 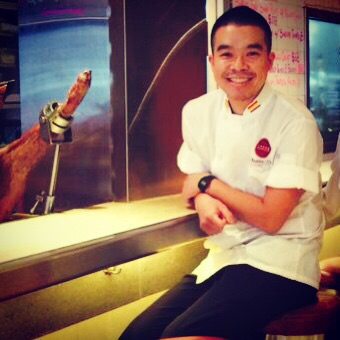 Nurturing a love for cooking and all things food at a young age, Kenny Yip started cooking school at 17 and worked at M at the Fringe in Hong Kong, later being transferred to M on the Bund in Shanghai following the recognition of his flair in cooking. Later, Kenny got to know Concept Creations’ Executive Chef Michael van Warmelo and was invited to work with him for Tapeo since 2013. Now, he oversees both the Central and Sai Wan Ho branches of Tapeo, bringing with him the experience he’s gained from over the years. 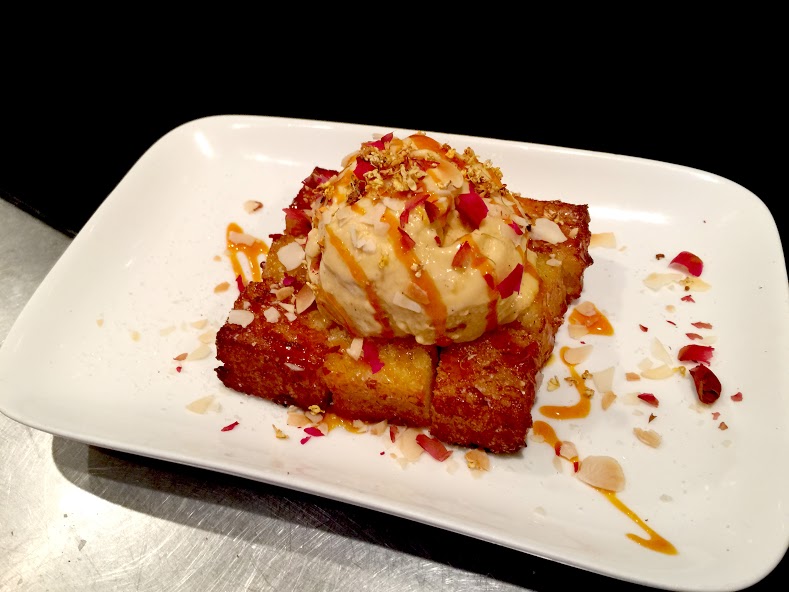 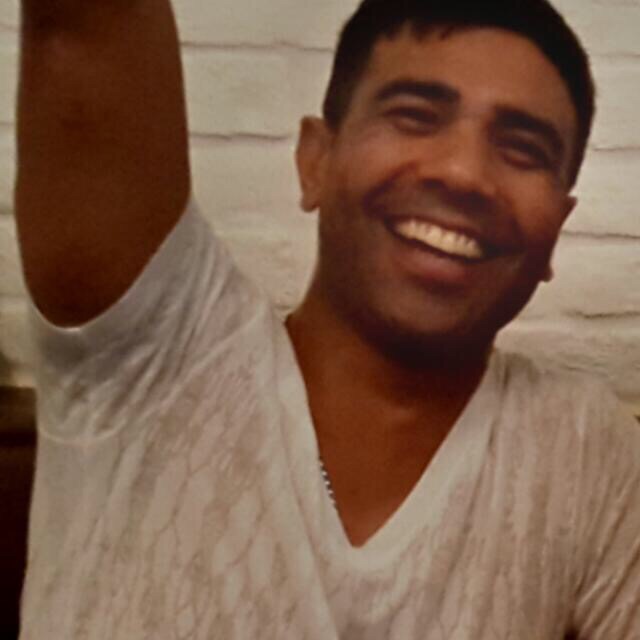 A reliable spot for breakfast and all-day dining, Wagyu serves steak, surprisingly, and a whole menu of Asiam, Middle Eastern and Mediterranean dishes. 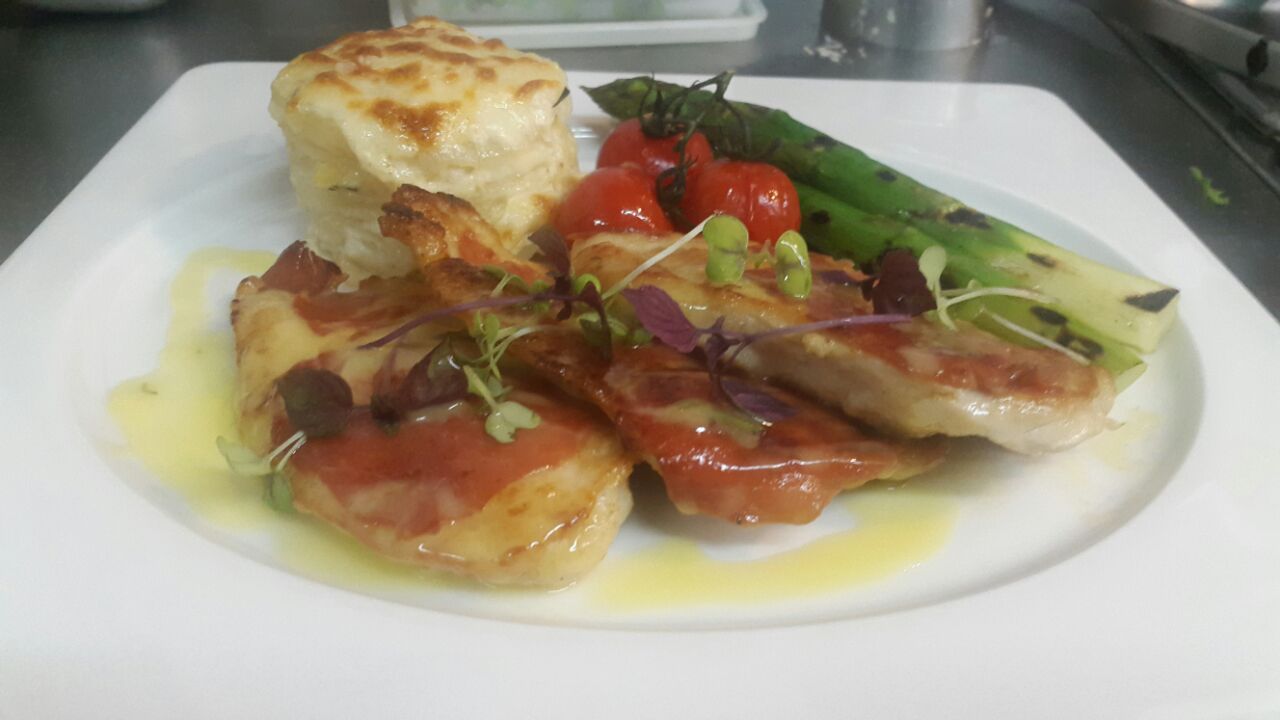 If you want to try any of these dishes, head down to any of the 13 competing restaurants and try them throughout June.