An Exclusive Interview with Gaggan Anand

Winner of Asia's Best Restaurant and recently pitted at number 10 in the world, Gaggan tells us about why he loves Indian cuisine

In June, CNN’s ‘Culinary Journeys’ follows Chef Gaggan Anand of Bangkok’s Gaggan, as he takes us on a Culinary Journey to his home town, Kolkata in India. Foodie has the Asia exclusive.

When we look at a dish how would I know it's a Gaggan's creation?

Hmmmm… every dish would have some element of madness and a reflection of my personality.

I would have been a drummer.

The personality you admire and why?

I admire Steve Jobs. For the rebellious approach in his life. The perfection he always wanted to attain and did.

What's your craziest creation and how did you arrive at that?

“Brain Damage”. The name says it all to start with. It’s the goat brain that is served with onion water bun.

A compliment you received that you will never forget?

When my mum came to my restaurant. She tried the food and said, “Ok. Now I know that you can cook”.

Apart from your own, what is your favourite Indian restaurant in the world and why?

I like Dum-Phukt at Maurya Sheraton ITC in New Delhi.

What is the best part of Indian cuisine?

Its versatility, its flavours, its originality. I am still discovering so much about it.

How would you define the cuisine at your restaurant?

It’s progressive cuisine. Something that moves forward. And we are moving forward keeping the curry component intact here. 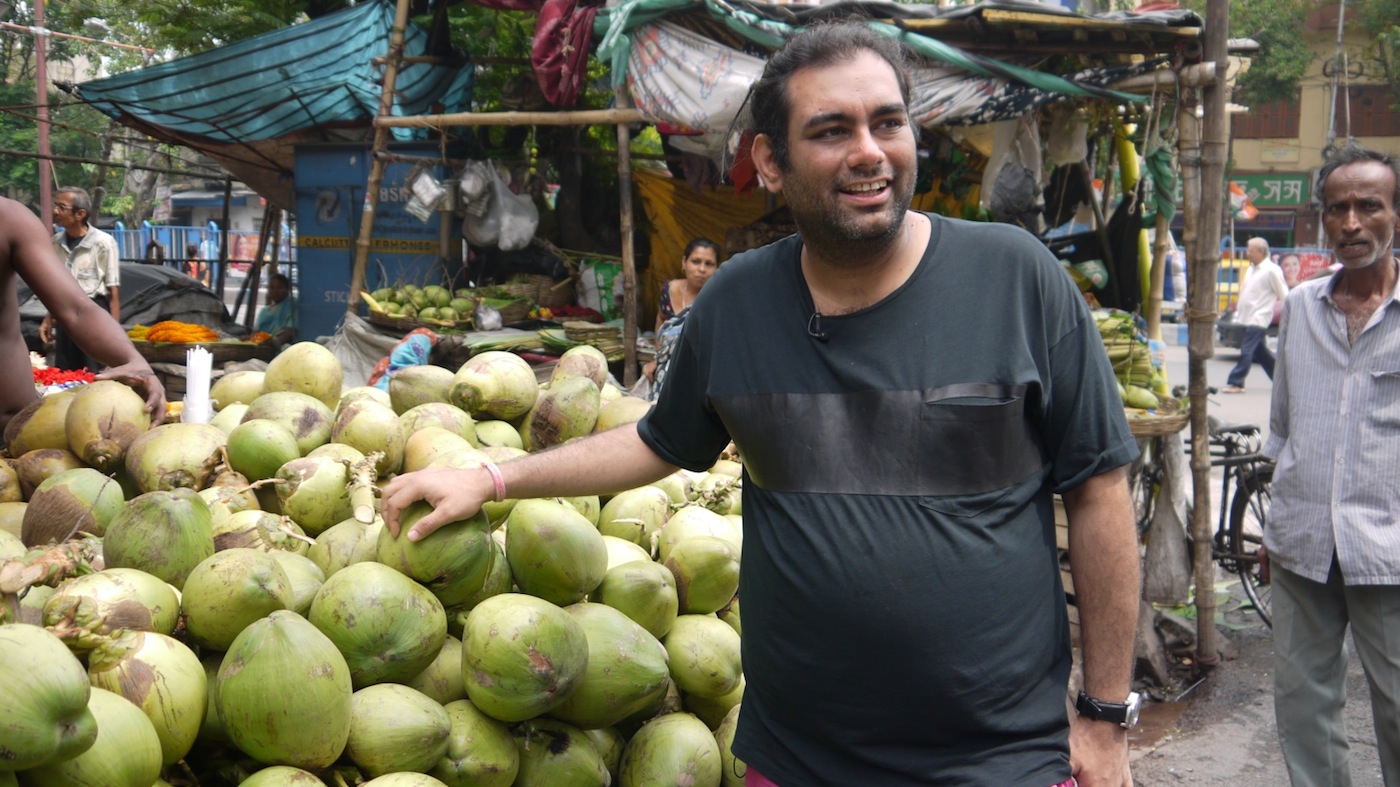 All around the world, although cuisine is evolving, in Europe, Indian cuisine can often retain a more traditional image. Do you see an emergence of restaurants offering “modern” or “contemporary” cuisine in Mumbai, Delhi or elsewhere in India?

Yes, there are many restaurants in India that have come up. It's good to see Indian food evolving. Chefs are making an effort to take it to another level which is very encouraging for India and our cuisine.

Are there common facets in Indian cookery which exist, despite regional differences?

Yes. There are common facets like spices, seasons, geography. After every 50 kilometers the food changes in India like the language. But all carries the same story. We get inspiration from every part of India.

You have planned to settle in India: how is your project going today?

We do have plans. There are rumours and much speculation. But let's wait for the surprise.

Your restaurant is #1 in Asia’s 50 best and #10 in the world ranking: what has it changed for you?

Nothing has changed. Just the expectation of the customers has increased. But it’s really motivational for the team as they became part of the restaurant and our team back when we were nothing.

You have worked at El Bulli: what is your view on this gastronomic dynamism in France and Europe?

He's an Einstein of this cuisine. He brought Spain in to focus. Whenever Spain or this cuisine is spoken about, so too is Ferran Adrià talked about.

What will we learn about you on the CNN Culinary Journeys show?

Where I derive my inspiration from. The journey of such humble recipes that turn into something that we present in our restaurant. The simple recipes that are recreated with a new vision.

What's the best part about cooking for celebrities?

Well, we come to know who is a foodie and who is not.