Chewin’ the Fat with Mike Boyle

Meet the master chef behind the healthy paleo restaurant The Awakening 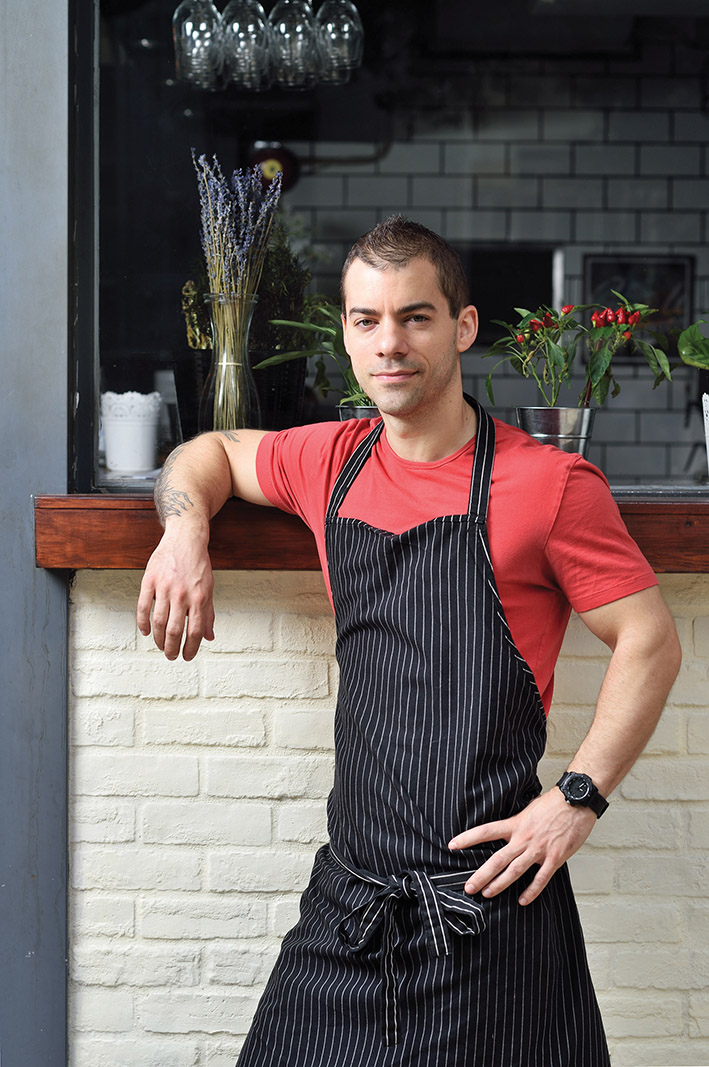 Healthy, paleo-friendly eats on a sugar-free, gluten-free menu in the up and coming hotspot of Sai Ying Pun is where you’ll find The Awakening and the man behind it all, Mike Boyle. He talks to Foodie about his natural philosophy and his hopes for the concept.

Where did you get the inspiration to open The Awakening?

The inspiration for The Awakening came from my love of fitness and cooking. As adults we need to make the decision between our hobbies and our careers, I’m in a unique position to do both, to a certain extent. Basically stated, the paleo diet means that you won’t include gluten, grains, sugar and legumes into your diet. Paleo plus is our term for those who follow the paleo diet but aren’t super strict about it, so in this case, you would include some grains and legumes into the normal paleo diet. The Awakening will change the menu every two months, this keeps our guests interested in our restaurant and it allows us to cook according to the season. All of our dishes are gluten-free and free of refined sugar. We only use the “healthy” fats and we clarify our own butter to use for cooking. We make as many things from scratch as possible so that we have control over the entire process from raw to cooked. We grind our own burgers in house and we even make our own cajun spice.

What do you think will most surprise diners about your cuisine?

That it actually tastes good. Health food has a well earned but terrible reputation for being boring and bland. We want the diner to join us and have a great meal; the meal just happens to be healthy.

Where did you learn about Paleo-friendly eating?

I have been practicing the paleo diet or paleo plus diet for about two years now. After first hearing about the diet, I researched the necessary guidelines surrounding the diet and ran from there. Because of my background as a chef it was relatively easy for me to make countless paleo-friendly dishes for myself. I noticed, after some time, that most people on the diet had great difficulty finding paleo-friendly meals or paleo-friendly restaurants.

Why do you think Paleo-eating has become so much more prevalent today?

I think that a combination of things is making paleo eating very popular. Firstly, I’m finding that people are thinking more about what they want from their restaurants and what they expect, in terms of quality and convenience, from their favourite restaurants. Let’s face it, the only real paleo options available in most restaurants currently is for the guests to make their own menu by using the side dishes and the main proteins from the menu to create their own “menu”. Doing this inevitably raises the check average quite high, and your average meal is going to be close to 300 dollars. This is not convenient or cost effective as a diner. Secondly, I think that people are becoming more conscious about their bodies and how they feel in general after they eat. The correlation between feeling bloated after eating wheat/gluten is a closer correlation than fire and heat. That being said, if one chooses to eat a diet mainly consisting of protein, healthy fat and vegetables, the person will feel full after every meal but not bloated. Their body will more easily digest the food and this begins a chain reaction in the body over time, eating more often and the ability to speed up the body’s metabolism.

Where do you source your ingredients from?

We have a few different sources, our vegetables come from an organic vegetable stand in the Sai Ying Pun market as well as the daily fish. Our grass-fed beef comes from Australia, our ostrich comes from South Africa and our chicken comes from Brazil. We have plans to bring in kangaroo and a few other lean proteins in the future.

Where do you like to eat out when you’re not in the kitchen?

When I am eating out, I tend to gravitate towards cuisines like Thai or Vietnamese. I like the fresh flavours and the combination of herbs and chillies.

What have been some of your greatest experiences in the kitchen?

My greatest experiences have honestly been a culmination of my greatest low points. All of the horrible lows that you experience coming up through the ranks mold you to be able to handle owning your own restaurant. Before I had my own restaurant, I thought that those times were to toughen your hide and make you a stronger cook. Now that I have gone through so much in such a short period of time, I now understand that those low points were building the foundation for my future in the business as a restaurant owner/operator, not only as a chef.

What’s always in your fridge at home?

Coconut water, protein shake – usually ANS, vegetables. My fridge looks like a cross between a veggie market and the healthy bits you would find in the gym cooler.

Who are your culinary role models?

Thomas Keller and Marco Pierre White. My goal has always been and still is, to be half as good as those guys.