Inspired by the food trucks of LA, TaKorea fuses together the complementary flavours of spicy Korean kimchi and meaty Mexican tacos to create this delicious hybrid cuisine. Owner Ah Young uses time-tested Korean recipes and incorporates them into a simple menu featuring baap bowls, burritos and tacos using a firm no MSG policy and filling each recipe with quality ingredients. 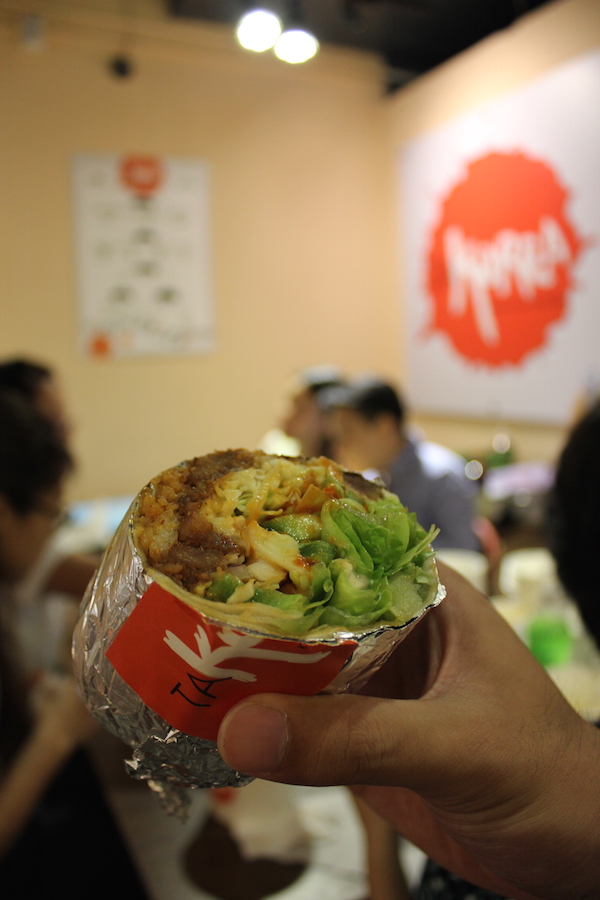 If you haven't been to TaKorea yet, their rice bowls are among our favourite and we highly recommend the eggplant that you can top with a fried egg and adjust in heat from regular spicy to Korean spicy. Being a mother of two and owner to newly opened TaKorea (we don't know how she does it), Ah Young has perfected the art of quick and easy recipes and offered to show us how to make her refreshing cucumber kimchi. We did consider holding a traditional cabbage kimchi class, but seeing as it is summer and the cabbage variety usually takes a few weeks or even months to ferment, we were happy to learn how to make a lighter cucumber version. 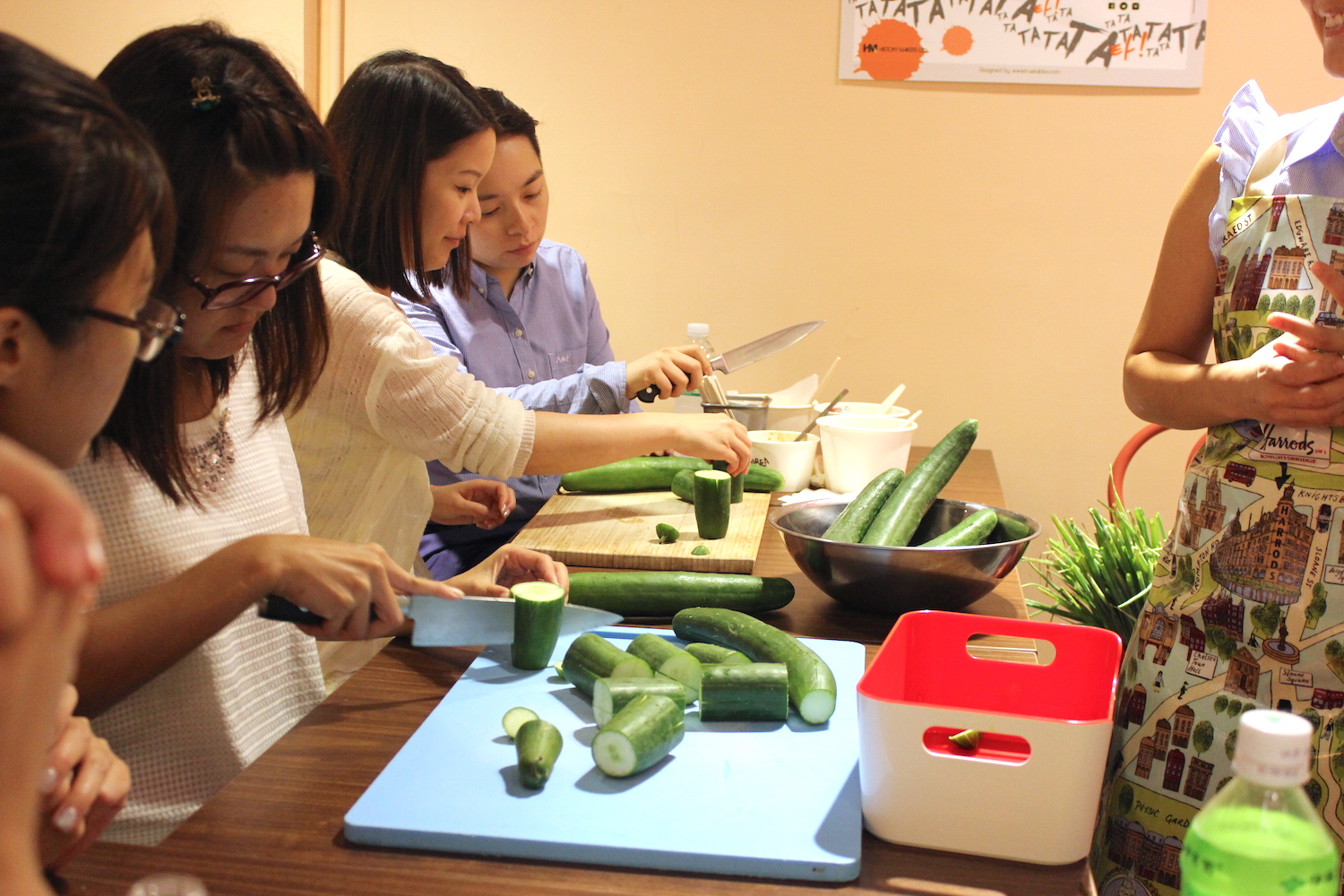 Upon arrival, we were given tasters of their delicious burritos and k-pop chicken baap bowls, which were subtly spiced with chilli sauce and wholesomely filling. We then moved swiftly on to prepping the cucumbers, which were pre-drenched in salted boiling water. Ah Young explains that by washing the cucumbers with a handful of salt, you can remove all the nooks and crannies and end with smooth skins. The pickling concoction was a mixture of ginger, garlic, onion, Chinese chives, red chilli flakes, Korean fish sauce and plum concentrate, which created a perfectly balanced kimchi. The plum concentrate was a great addition and complemented the chilli flakes and fish sauce to for a rounded flavour. We stuffed each cucumber chunk with copious amounts of filling and were surprised that it could be eaten straight away and seeing as it was so easy to make, it's a perfect accompaniment to light summery meals. 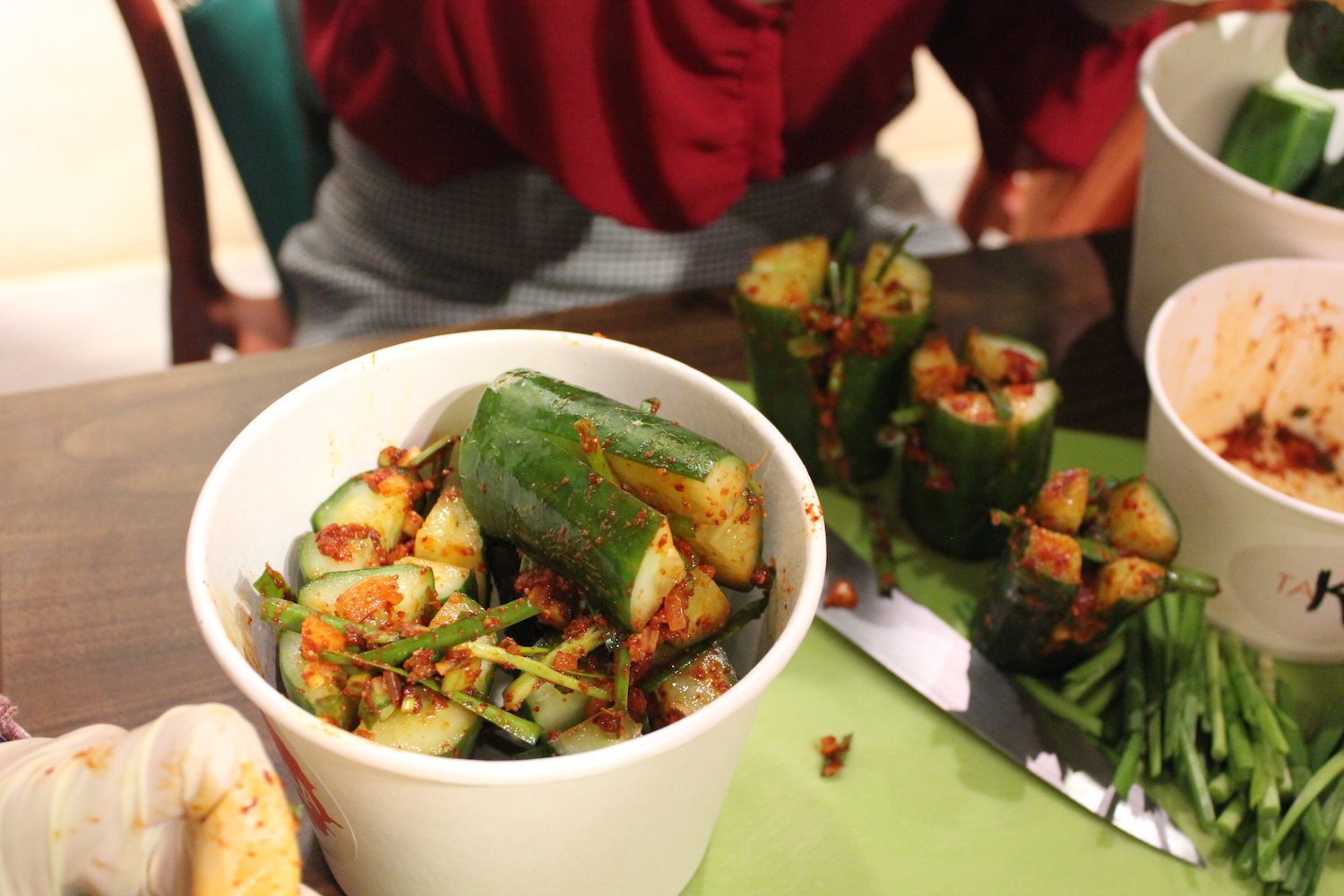 We ended the night with a special an exciting shot of Gojingamlaeju, similar in concept to a Jägerbomb but with a shot of coke, a shot of soju topped up with beer - a dangerously good concoction. Downed in one go, we were tipsy and wonderfully full as we ended the night. We'll certainly be back for more Korean delights and crazy shots at TaKorea and really do recommend a trip down there if you haven't been yet. 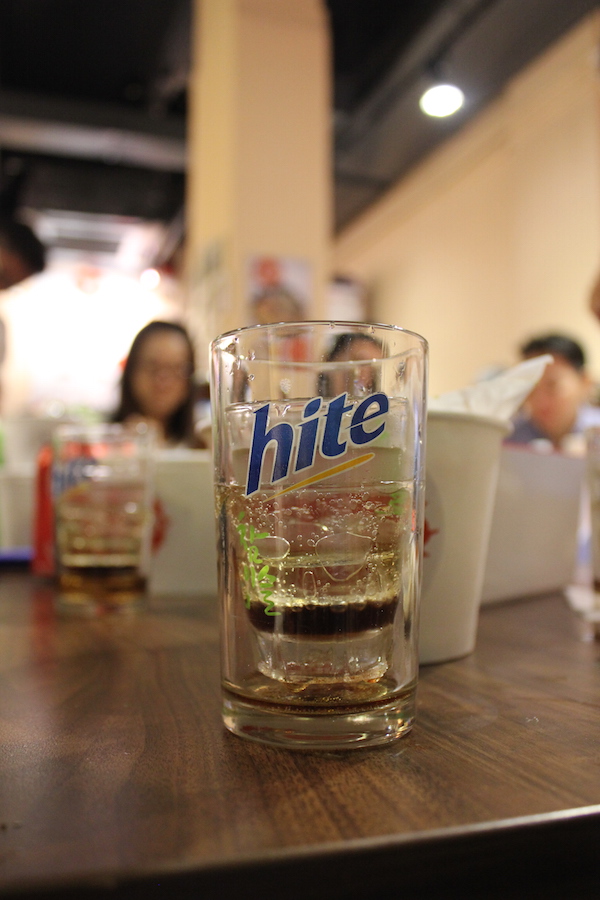 The Restaurant with the Best Lamb Ribs in Hong Kong