We took to the streets of Sai Ying Pun and gathered an army of restaurants, bars and shops for our Food For Thought event on 11 July. In collaboration with The Economist, Foodie got the best eateries in Sai Ying Pun to showcase specialty dishes and items related to the unique themes of Food for Thought. From 'brain food' to 'healthy body, healthy mind', each highlighted item related to a key topic or idea from a recent article published by The Economist. Being avid readers ourselves, we were delighted to learn more about each restaurant, their dishes and how the bigger issues affect us all. 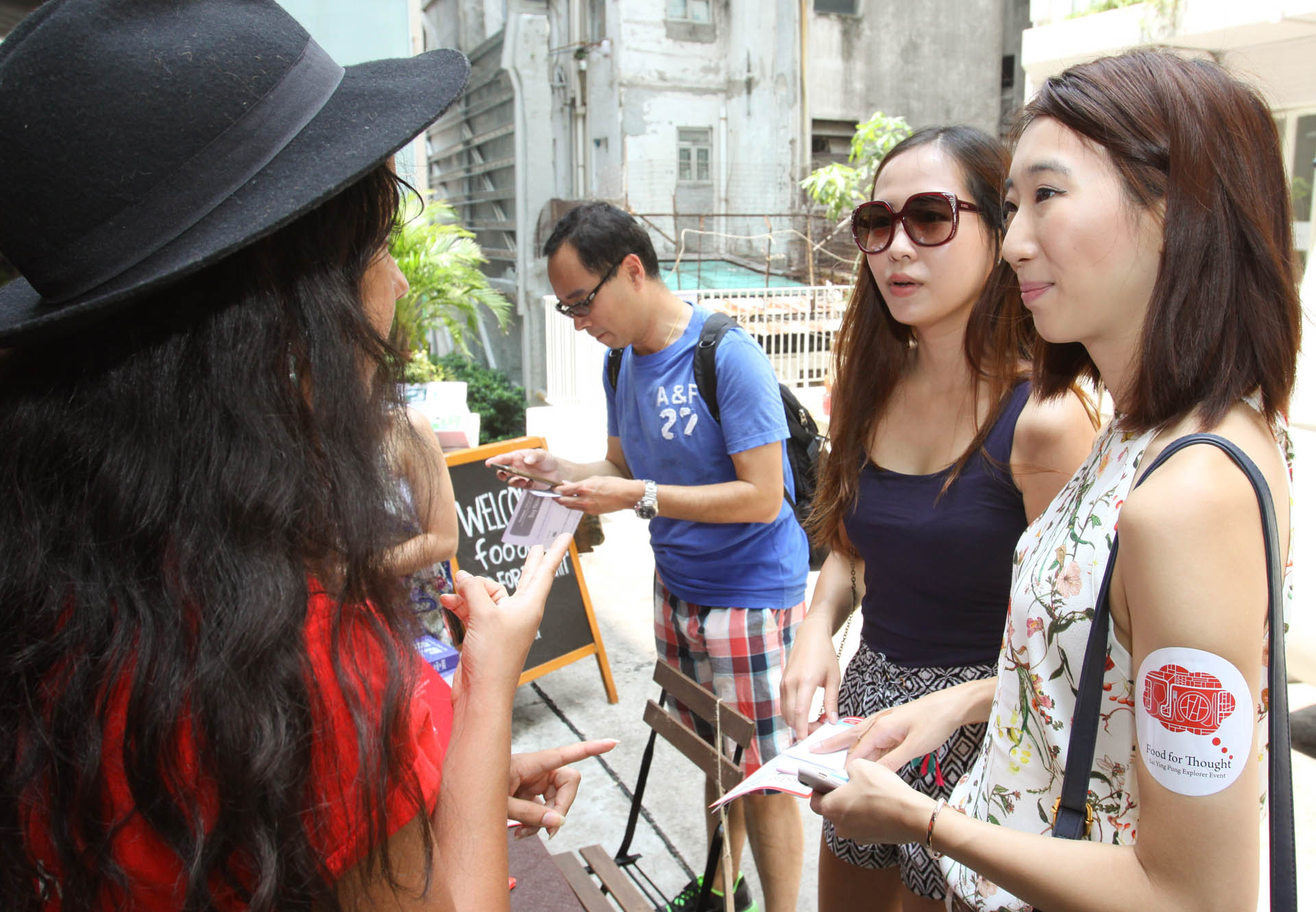 Our culinary tour was peppered with unique facts provided by The Economist at each vendor, that challenged our perception of food. Starting from High Street, we sunk our teeth into wholesomely fresh Cali-Mex burritos, and learned about how mass-produced supermarket guacamole can contain less than 2% avocado, unlike the wholesome guac', made fresh daily at Cali-Mex. It got us pondering about our daily mass-produced intake of food and its effect on our health. Moving onwards to Craft Brew & Co., we gobbled up hot dogs and guzzled craft brews while reading about how the Cleveland Orchestra regularly performs at dive bars to create a hybrid between high and low-brow culture. 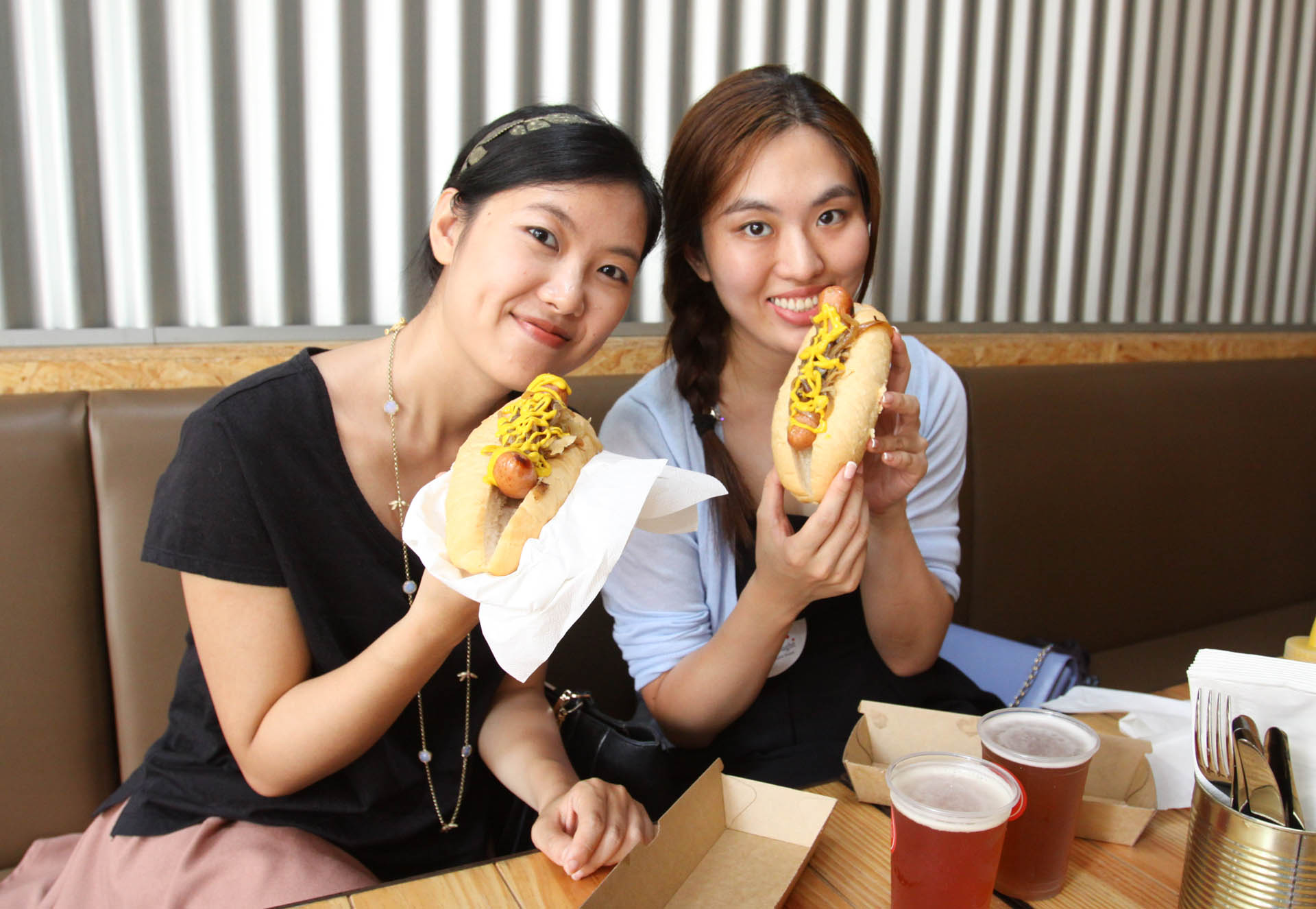 Popping next door to Phukets Thai, we munched on prawn cakes and read about how the growing demand for rice in Asia is increasing pressures in the agricultural world. We then sipped on Russian borscht at Czarina before realising just how multicultural Sai Ying Pun has become. In just a few short years, the 'Pun has transformed from a quiet local neighbourhood to a happenin' foodie central where you can find Russian, Italian, Korean, Thai and Chinese cuisines all in one place.

Korea was our next stop and U-Hang didn't disappoint with their juicy fried chicken and pulled pork sliders. Sitting back with a pint of beer and an Economist article, we learned to appreciate the value of real kimchi, especially because of the cabbage crisis that took place back in 2010. Hong Kong was the next topic of the day as we moved on to Metropolitain's moreish salmon tartare, where we learned that 160 farming and fishing companies in our dear city have the right to vote and elect the Chief Executive, giving our farmers and fishermen a powerful voice. 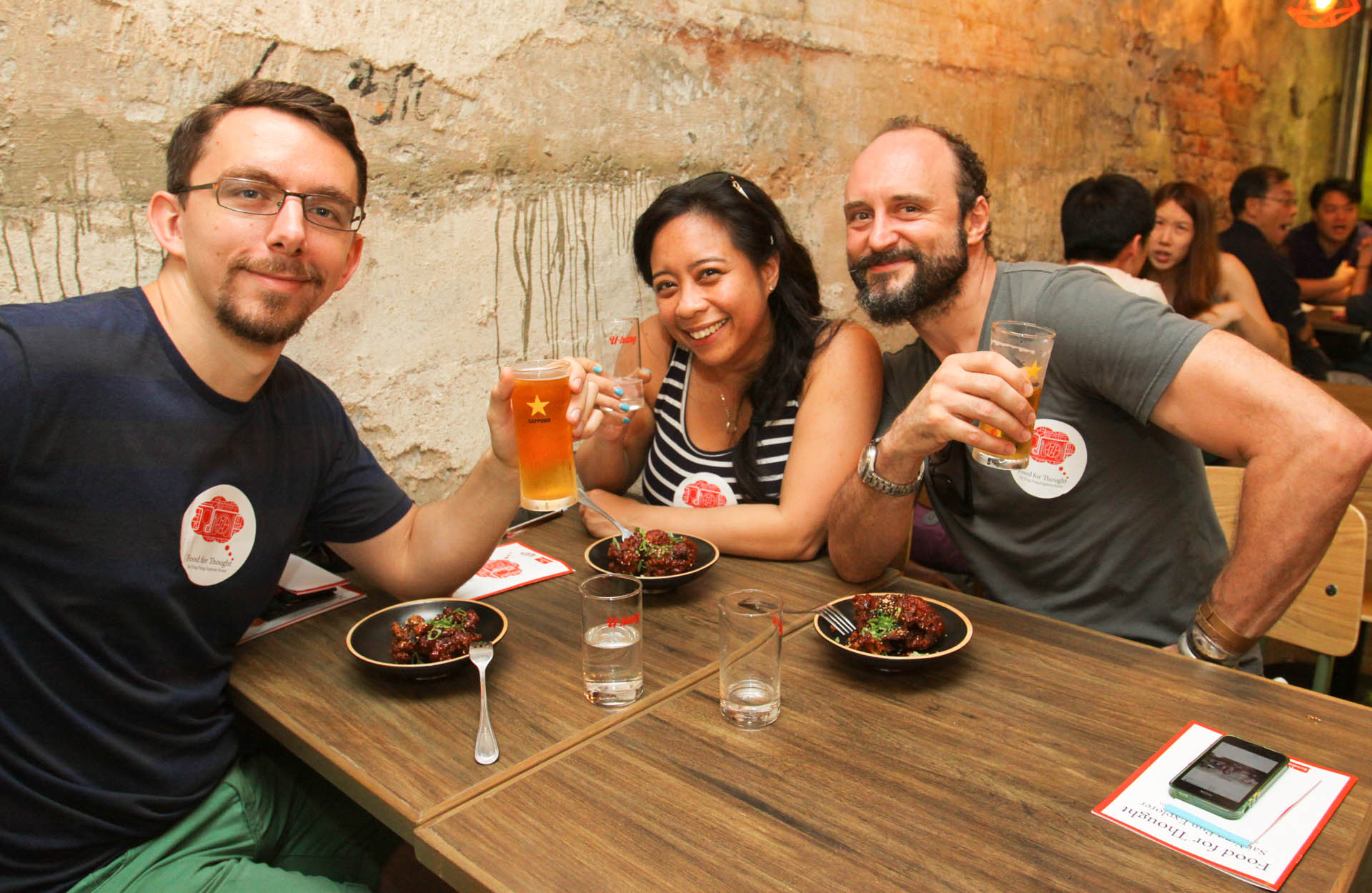 It was time for a drink, so we grabbed glasses of wine at Pastis Wine Cellar before heading for tasty slices at Pizzeria Italia, followed by prawn cocktail sliders at High Street Grill. Although the crowd was spilling onto the street by this point, we managed to grab another glass of wine, or three at Winerack for $20 a glass before searching for more delicious grub.

Already nine dishes in, The Economist reminded us that we shouldn't feel guilty eating Jaspas' fish and chips with their article 'Why everything you heard about fat is wrong'. By this time we were dangerously full, so took a break to stock up on healthy muesli at Cabinet Organic. 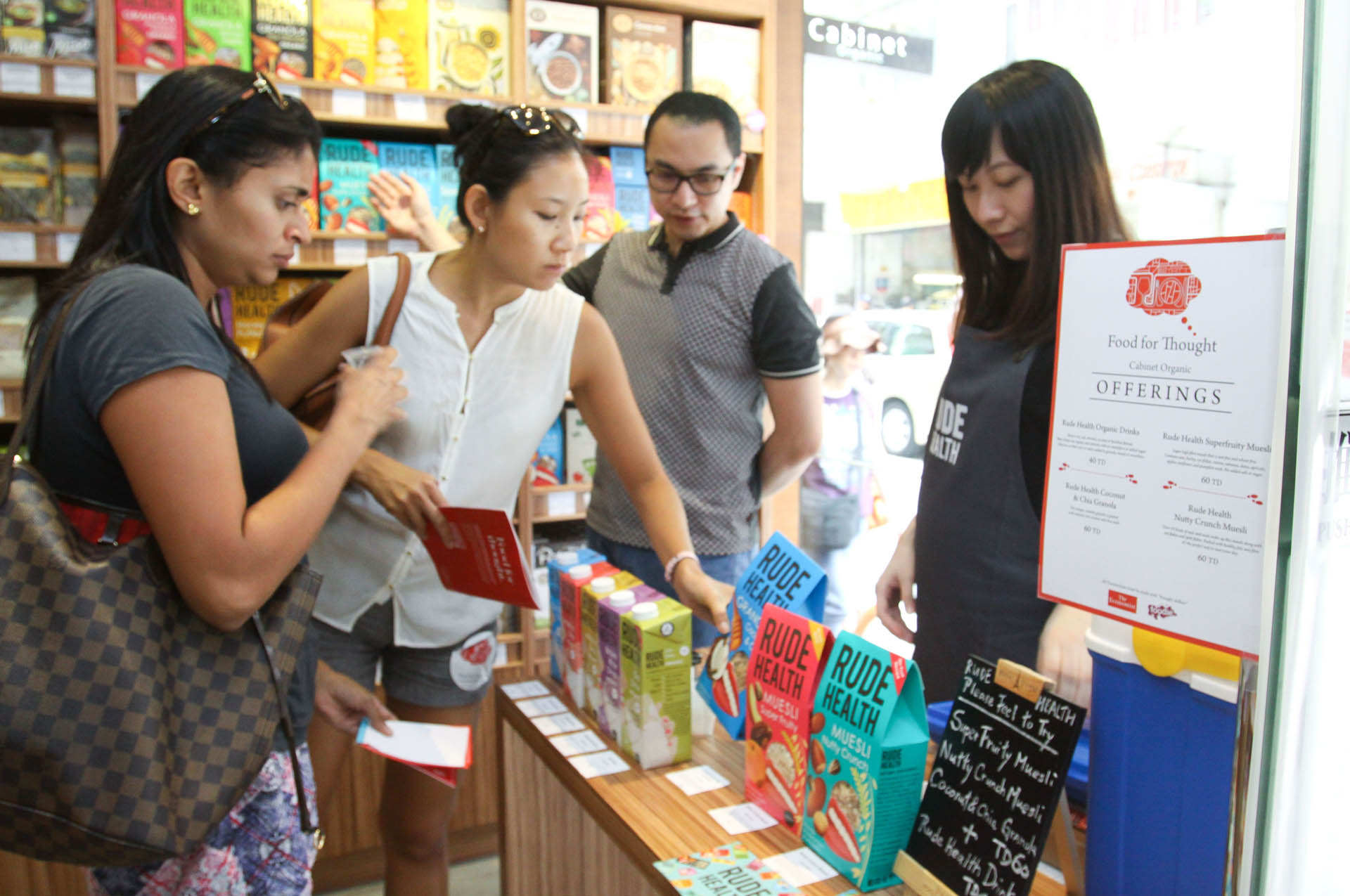 Our friends at Umami Concepts invited us to cool down in their airy open kitchen and tempted us with scrumptious baked goodies.

We snuck in the side lane off Third Street to escape from all the mania of High Street and landed in Locofama for a refreshing coconut juice and octopus salad while we read up on the larger issue of whether the world is running out of food. We debated about whether urban farming and raising your own livestock is the way forward while we devoured organic corn-fed chicken from La Rotisserie. We stocked up on organic staples such as lentils at SpiceBox Organics before heading towards our first dessert at Stack. Topped with honeycomb and Mascarpone, Stack's deliciously indulgent pancakes had us going in for seconds. 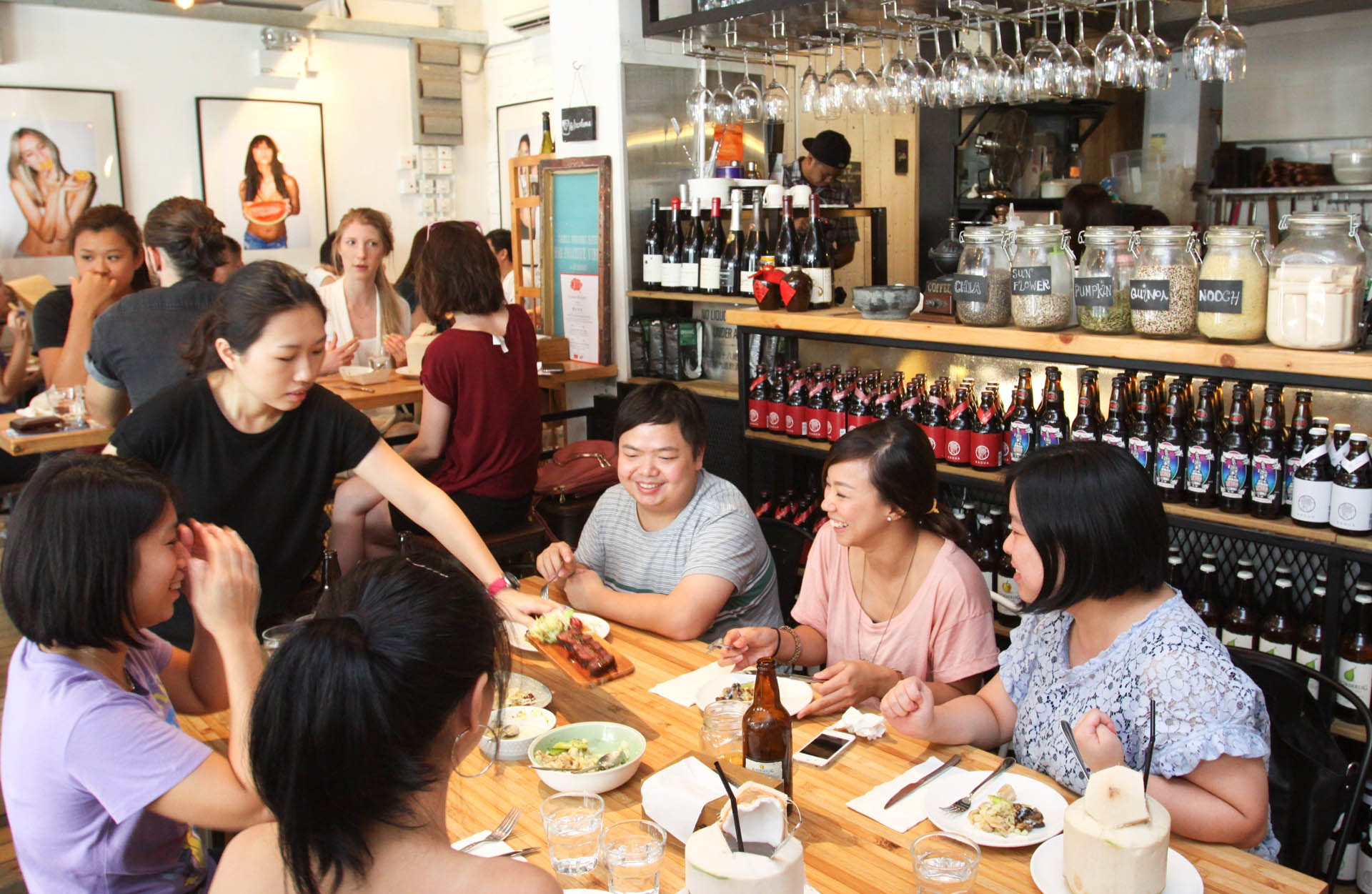 Surfing the sugar high, we grabbed affogatos from Crispy Bistro before returning to the booze with cocktail pairings at La Viola. Their thirst-quenching cocktails went down like a treat with their croquettes and fried chicken. Our journey concluded with an afterparty at Ping Pong 129, and we celebrated our gluttony with Spanish tapas and ice cold beers. 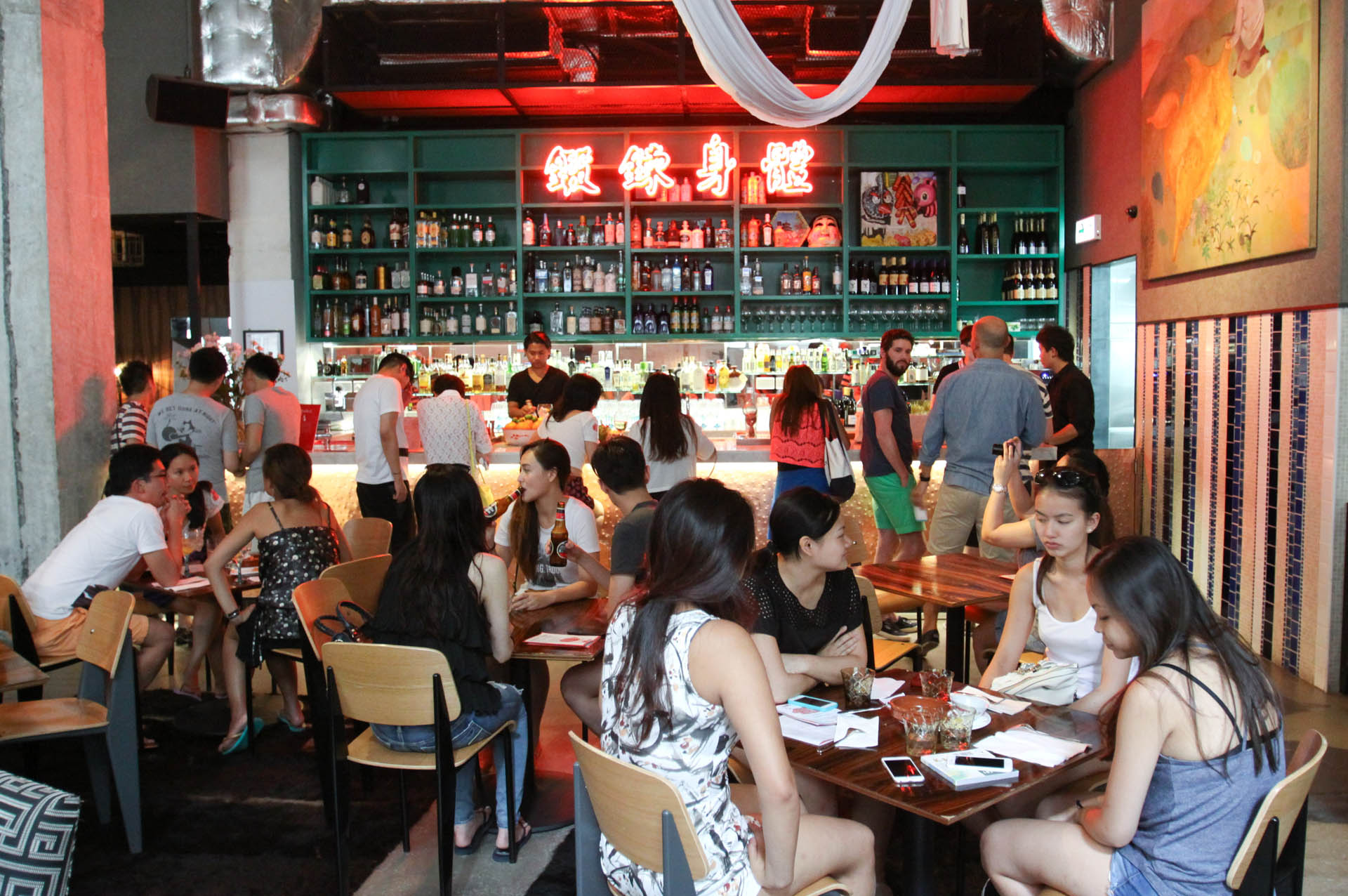 Not only did we get the full Foodie tour of an up-and-coming neighbourhood, we filled our minds with plenty of topics on culture, sustainability, commerce and politics. Definitely, a Saturday well spent.