The US Potato Chef's Competition

The second edition of the US Potato Chef's Competition was held in earlier this year, where 14 chefs battled it out to produce the best potato dish. In collaboration with the US Potato Board, Foodie scoured the city for the best chefs and asked them to each create a dish using this versatile root vegetable. The possibilities were endless and the chefs got busy in their kitchens earlier in June to experiment with the humble potato.

The judging panel paid a visit to each restaurant throughout June and for each dish, they took into consideration the taste, presentation, creativity and cooking skills required. There were stuffed potatoes from Ista - The Curry Place, classic dauphinois from Wagyu and more unique dishes such as potato risotto from Shore. Azure dehydrated their spuds and Tapeo baked a delicious lemon potato drizzle cake.

The two chefs behind our honourable mentions definitely deserve their accolades. Chef Simon Lynch of Frites got experimental and served up an unique potato sorbet with waffles and candied potatoes. Spiked with vodka and lemon juice, the russet potato sorbet was zesty and fresh whereas the purple potato was incredibly creamy with hints of Amaretto. We'd never seen anything like it and the judges were impressed with the experimental take on potatoes. 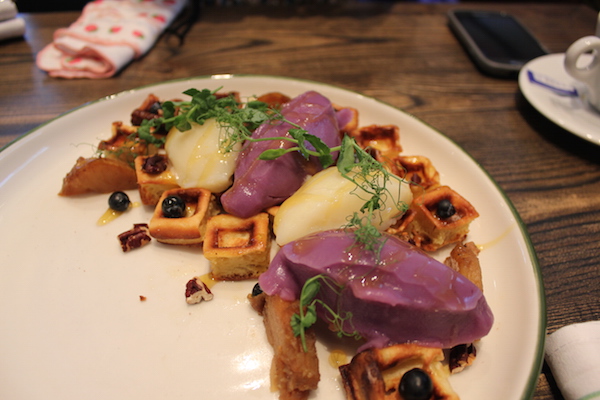 Potato sorbet with waffles, blueberries and candied potatoes from Frites

Another dish that got the judge's attention was Chef Christopher Kerr's slow cooked pork belly with purple potato purée, foam and crisps and a Jack Daniels, soy and honey glaze. It was comfort food at its best from Kinsale, and the judges practically licked their plates clean. The light potato foam complemented the pork belly perfectly and went well with the sweet glaze - it's a dish that we will definitely be back for.

Coming in third, the judges were impressed with the range of cooking techniques employed by Chef Patrick Dang of SAAM. He served potatoes four ways in the form of potato espresso with morels, potato gelato with salmon caviar, potato linguini with foie gras and potato porridge with country ham and Parmesan. Hot, cold, foamed, whipped and shredded, we had no idea the humble potato could be transformed in so many ways.

Four Seasons of Potatoes from SAAM

For second place, the judges awarded Chef Samir Pradhan from Souvla for his Greek purple potato koupes. These deep fried potato pockets were filled with smokey aubergine and roasted tomato, topped with paper thin potato and dill crisps. Originally filled with meat, these potato koupes were a wonderful vegetarian option and we were delighted with the range of textures and flavours of the whole dish. Served with a side of lemon yoghurt and red pepper skordalia, the dish was well balanced and celebrated the beauty of the potato by making it the star of the dish. 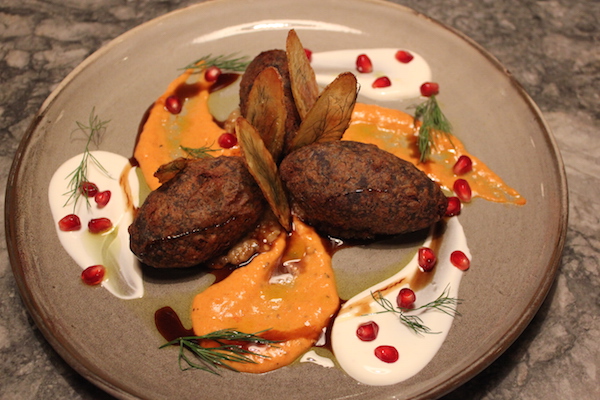 The competition was tight and with so many amazing dishes in the running for first place, the judges debated for a long time over who should be crowned the winner. After much deliberation, the champion was Cyrus So from CulinArt and his dish of truffled potato mousse with foie gras brulée and pickled potato confetti. It was rich, decadent, and well balanced, with a little acidity from the pickle, sweetness from the caramelised foie gras and smooth potato mousse. The combination of lightly pickled purple and russet potatoes paired with cherries brightened the dish and added beautiful colour.

Having previously worked in Robuchon as a sous chef, Cyrus joined the CulinArt team two years ago and holds events at the private kitchen in Wong Chuk Hang. From corporate events to special occasion parties, their menu changes monthly with dishes heavily influenced by seasonal ingredients. Chef Cyrus was so impressed by all the other dishes this year, that the winning prize came as a surprise. He's given a lot of room to experiment at CulinArt and he was grateful that all his hard work paid off with a recognition from this award. 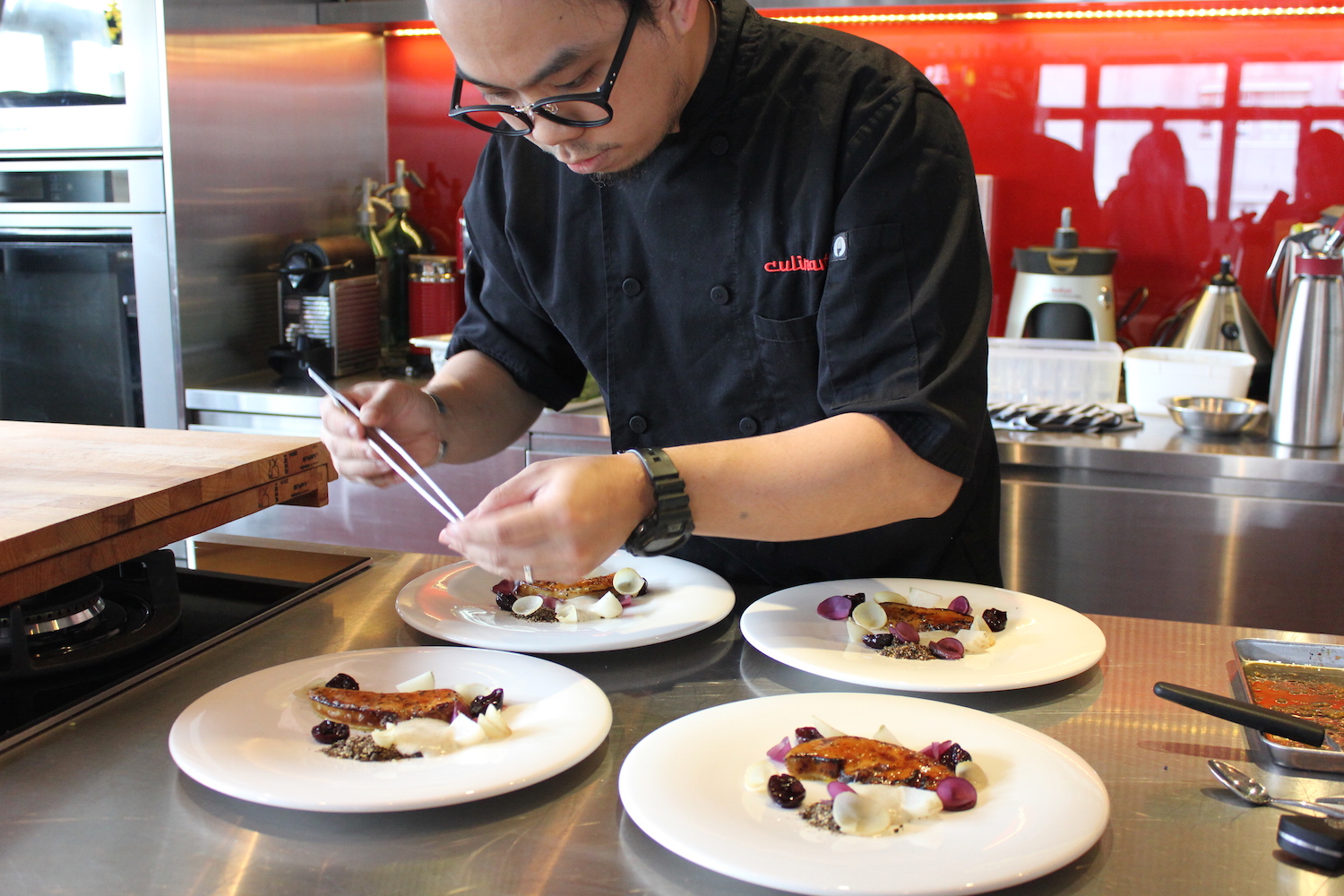 Chef Cyrus will be heading to the US for a tour of the potato industry and a culinary course sponsored by the US Potato board. Kudos Cyrus! 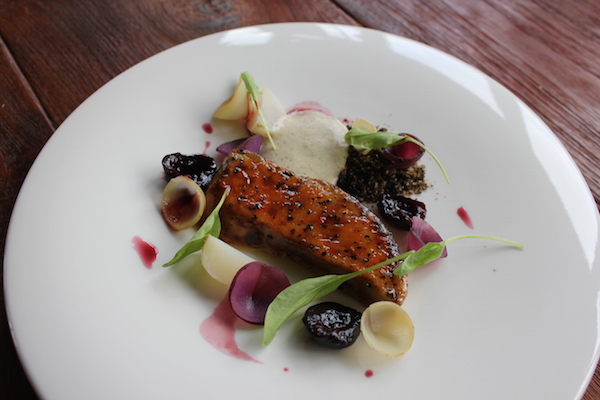