Previously Chilli Fagara, this Szechuan-inspired restaurant has recently reopened on Graham Street under the name Flamed by Chilli Fagara

Chilli Fagara, now in two locations in the Soho area, opened up Flamed which has a new look and menu and brings reinvented and innovative Szechuan food. The older Graham St premises is where Flamed is set up, with the original concept having moved over to Old Bailey Street. Flamed is more casual, fun and creative, with head chef Terry Lee executing a menu created by chef consultant Chew, with flavours and sensations that are quintessential to Sichuan cuisine, in ways which highlight modern cooking.

We went and tried the new dishes on offer and were seriously impressed. The highlights we think are specifically worth ordering: 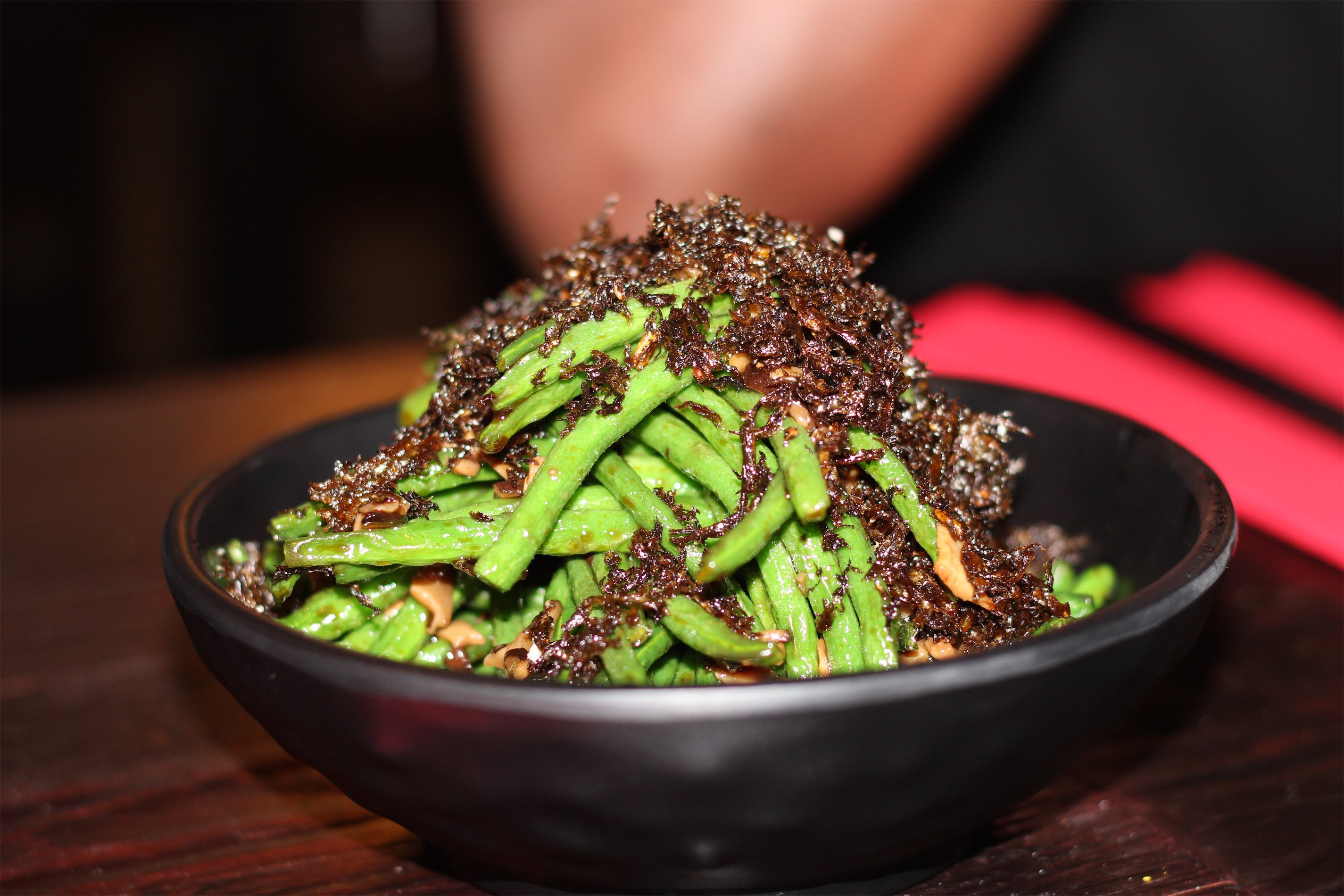 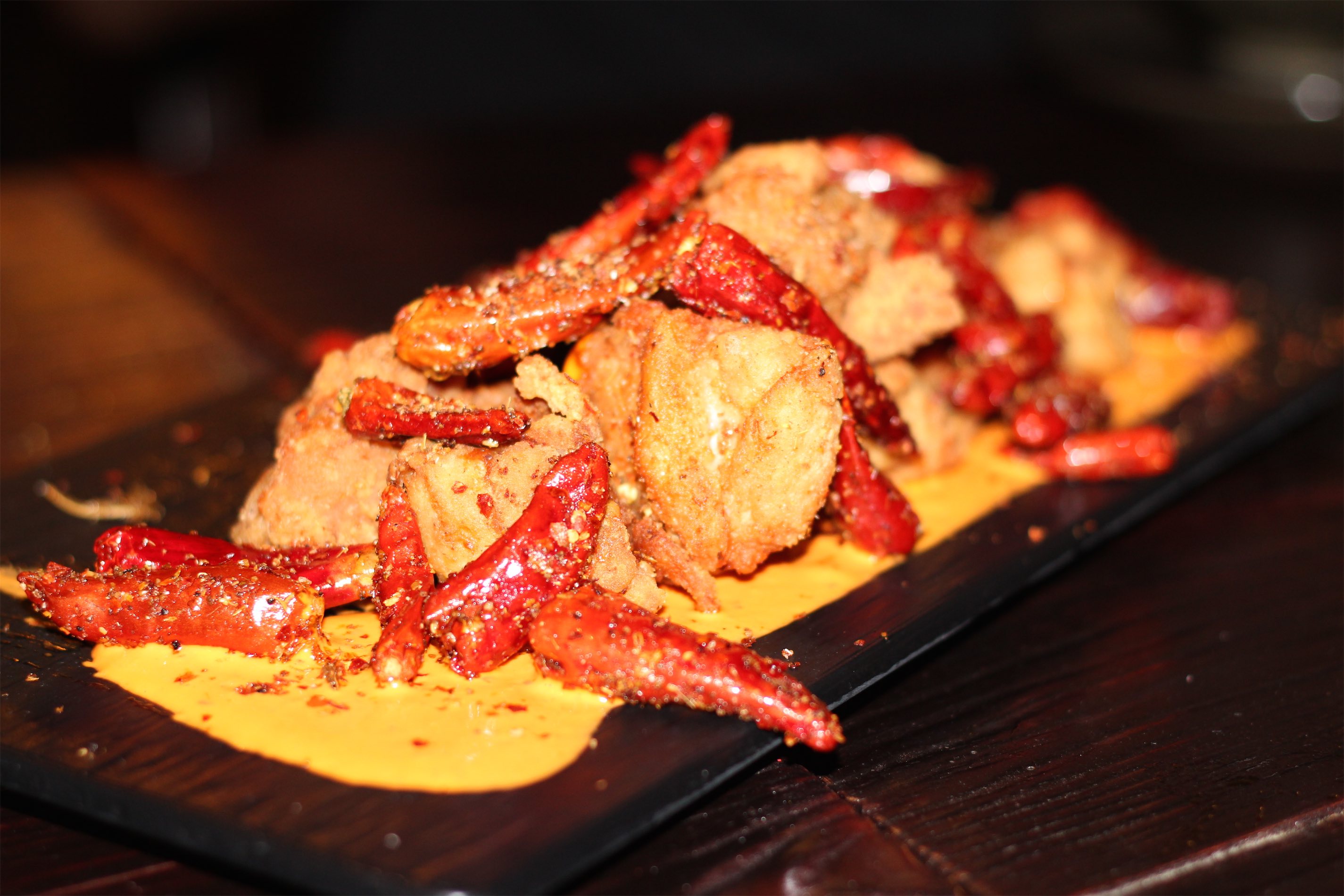 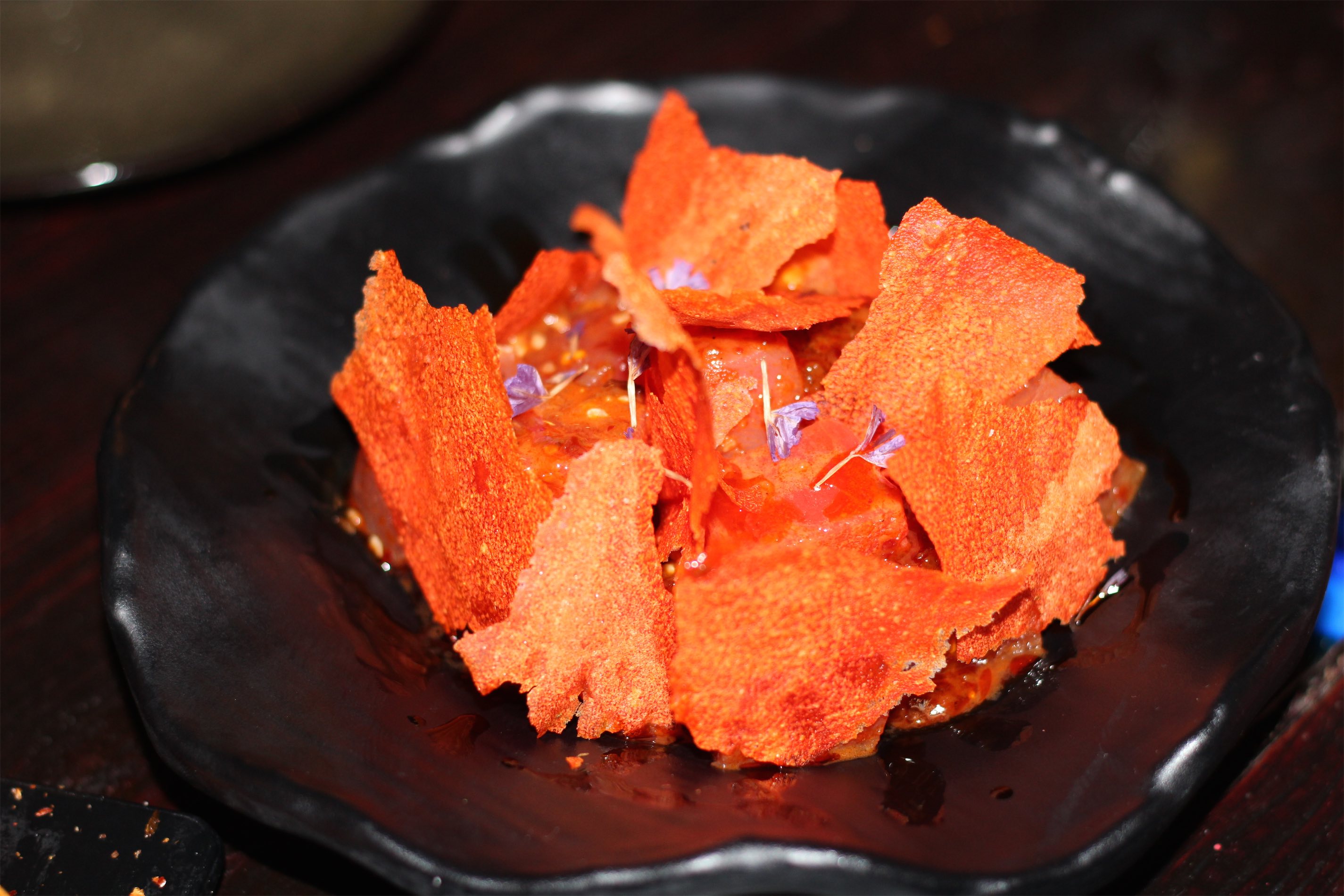 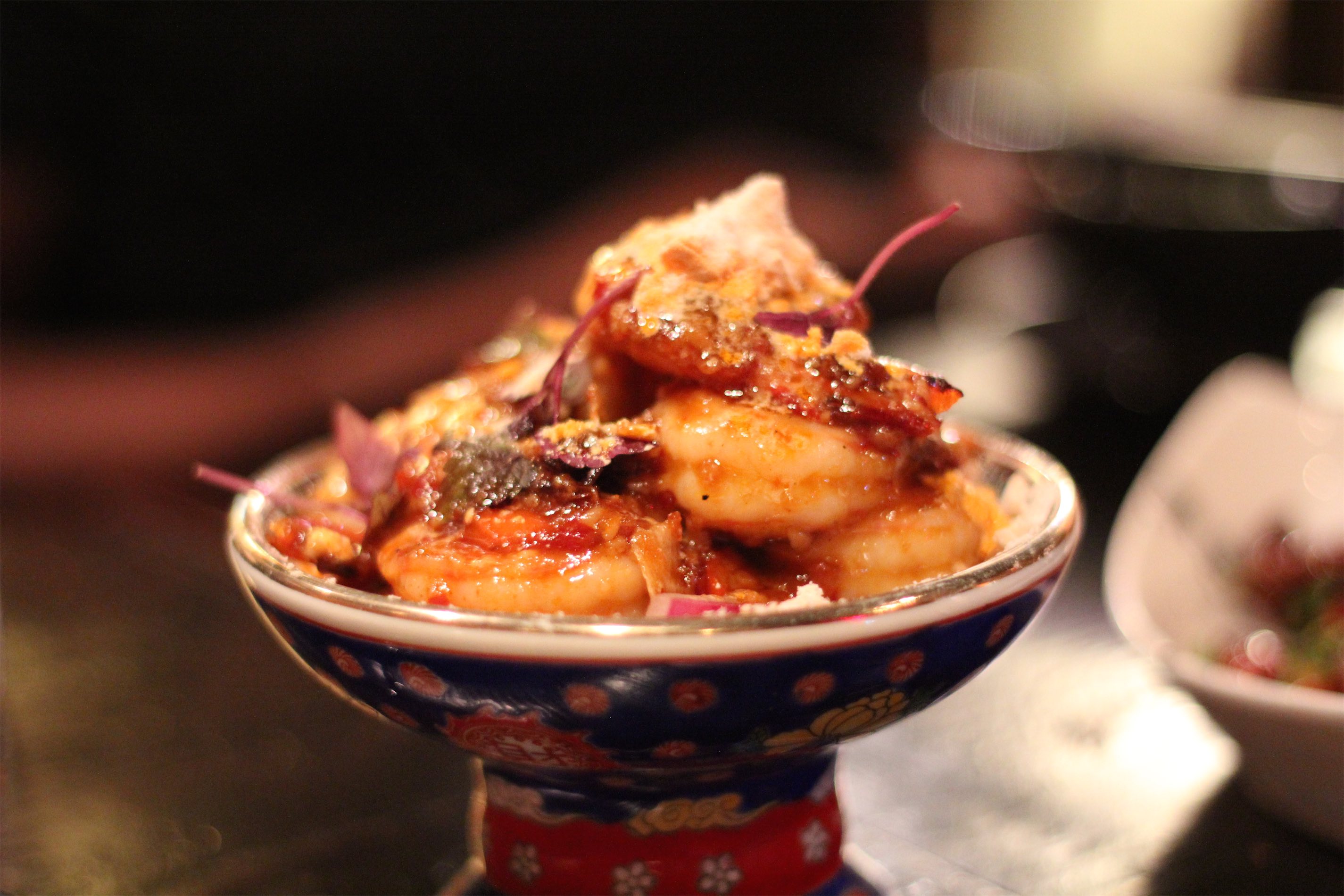 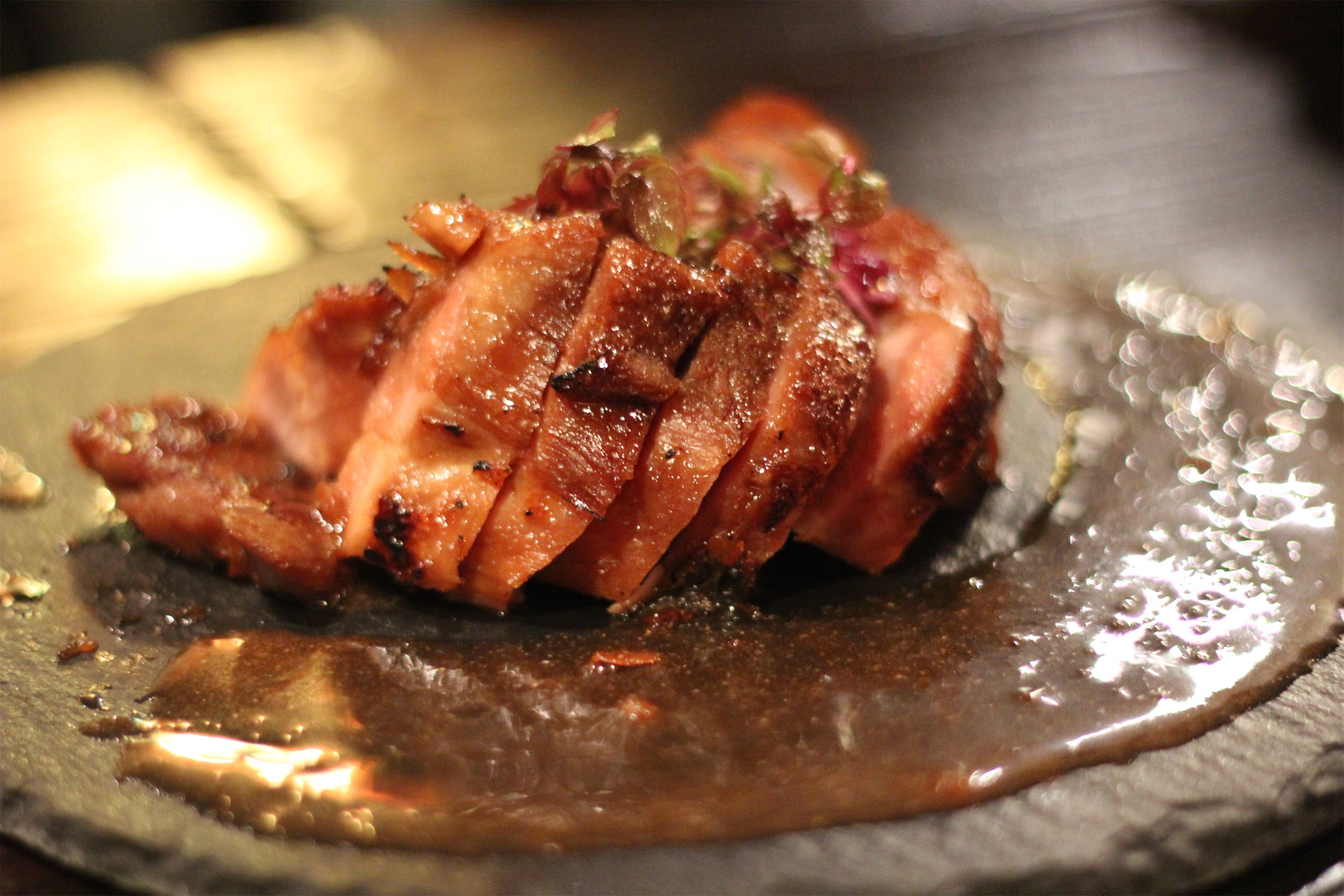 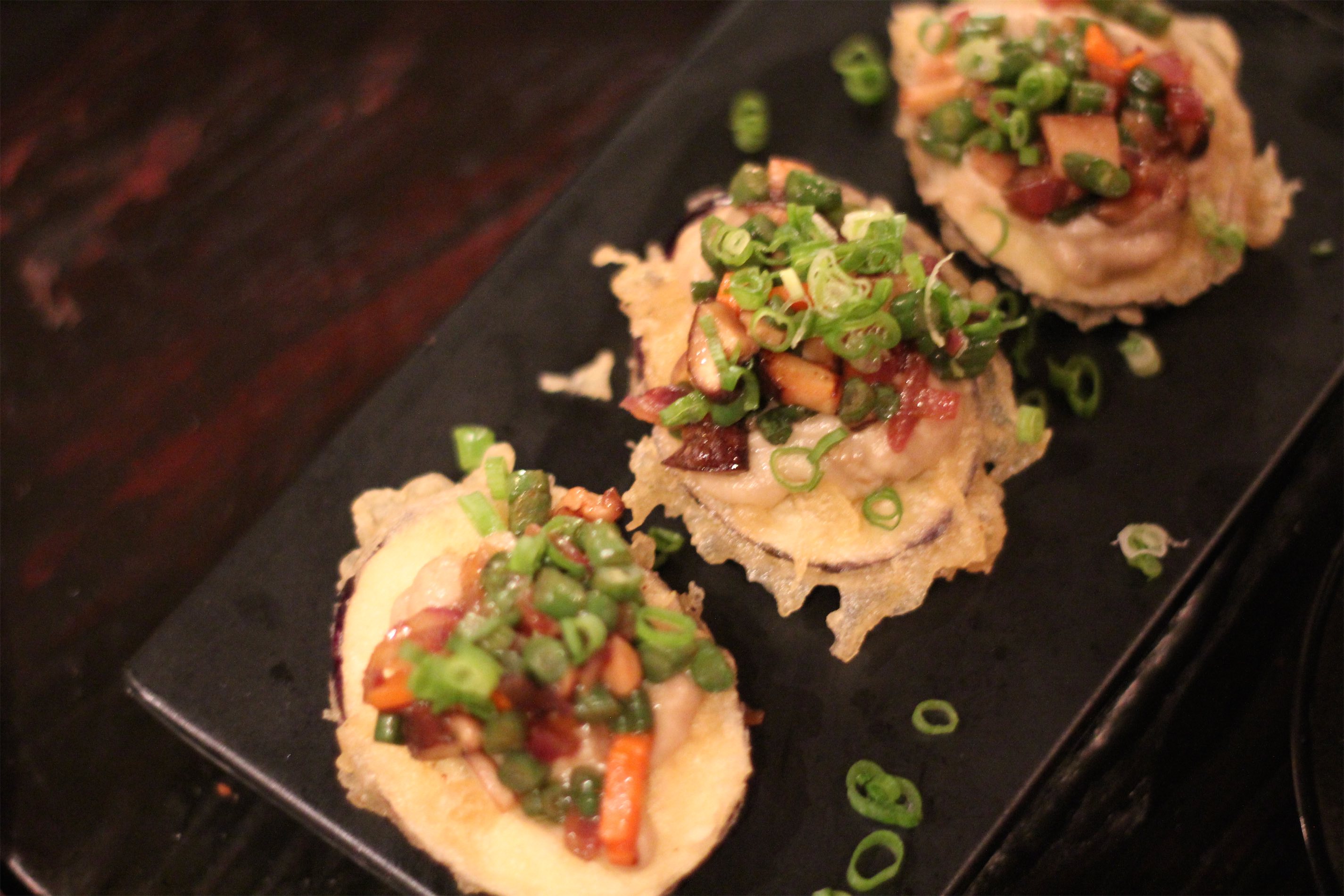 Tempura-style eggplant medallions with pork (though we opted for both pork and veg and recommend the veg which excels in flavour and texture); eggplant puree, minced pork, eggplant slices

For dessert, a Russian roulette chocolate dessert was all at once terrifying, delicious and hilarious; half the creamy chocolate truffles are laced with a intensely spicy ghost pepper and half are not. The game is to randomly chomp on the balls of cocoa and hope to God you don't end up frantically panting. Part of the fun is basking in fiery distress together, and then seeking to abate the heat with a delectable Moonzen chocolate stout (award winning, natural, unpasteurized craft brewery made in HK) which even the non-beer drinkers at the table enjoyed. 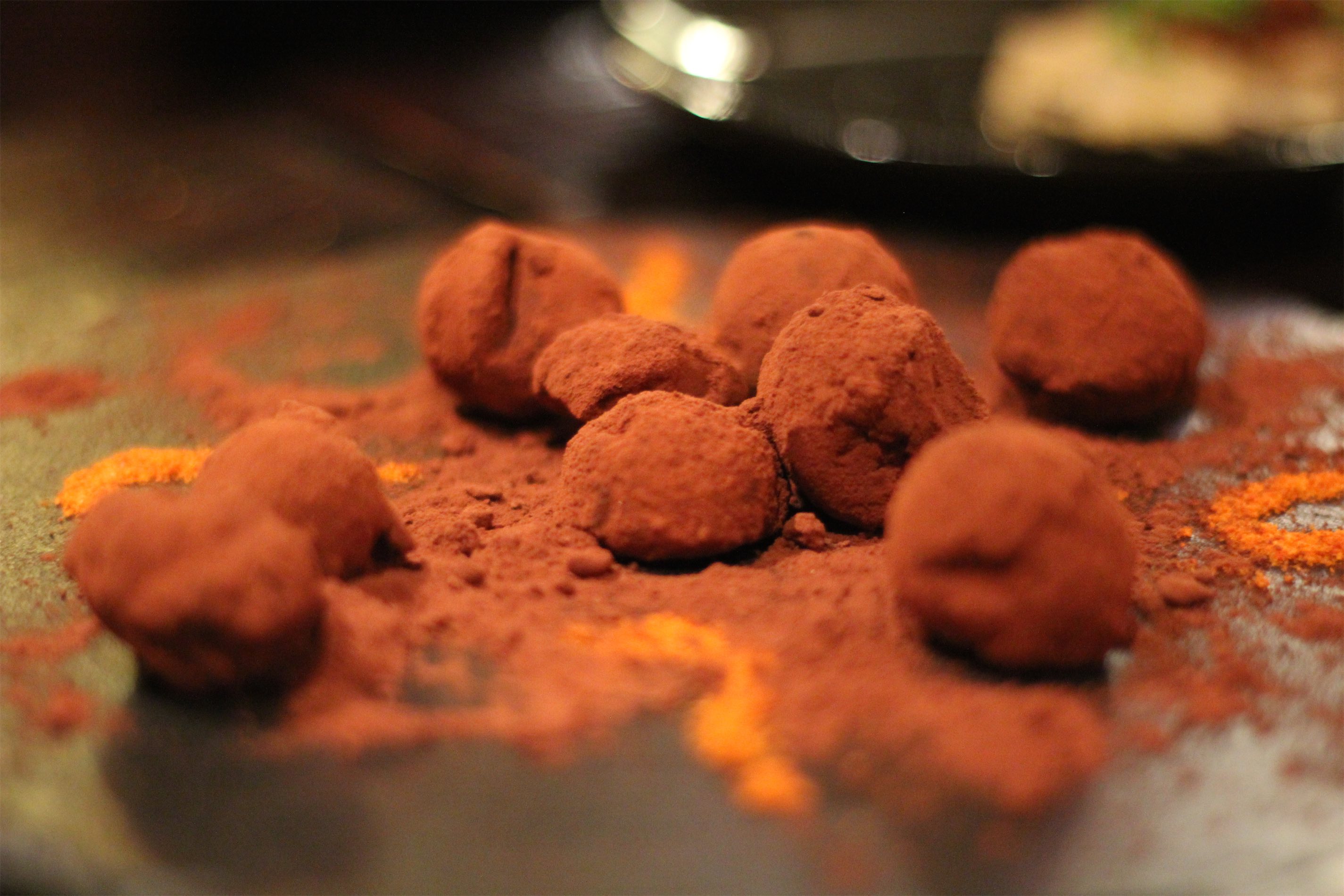 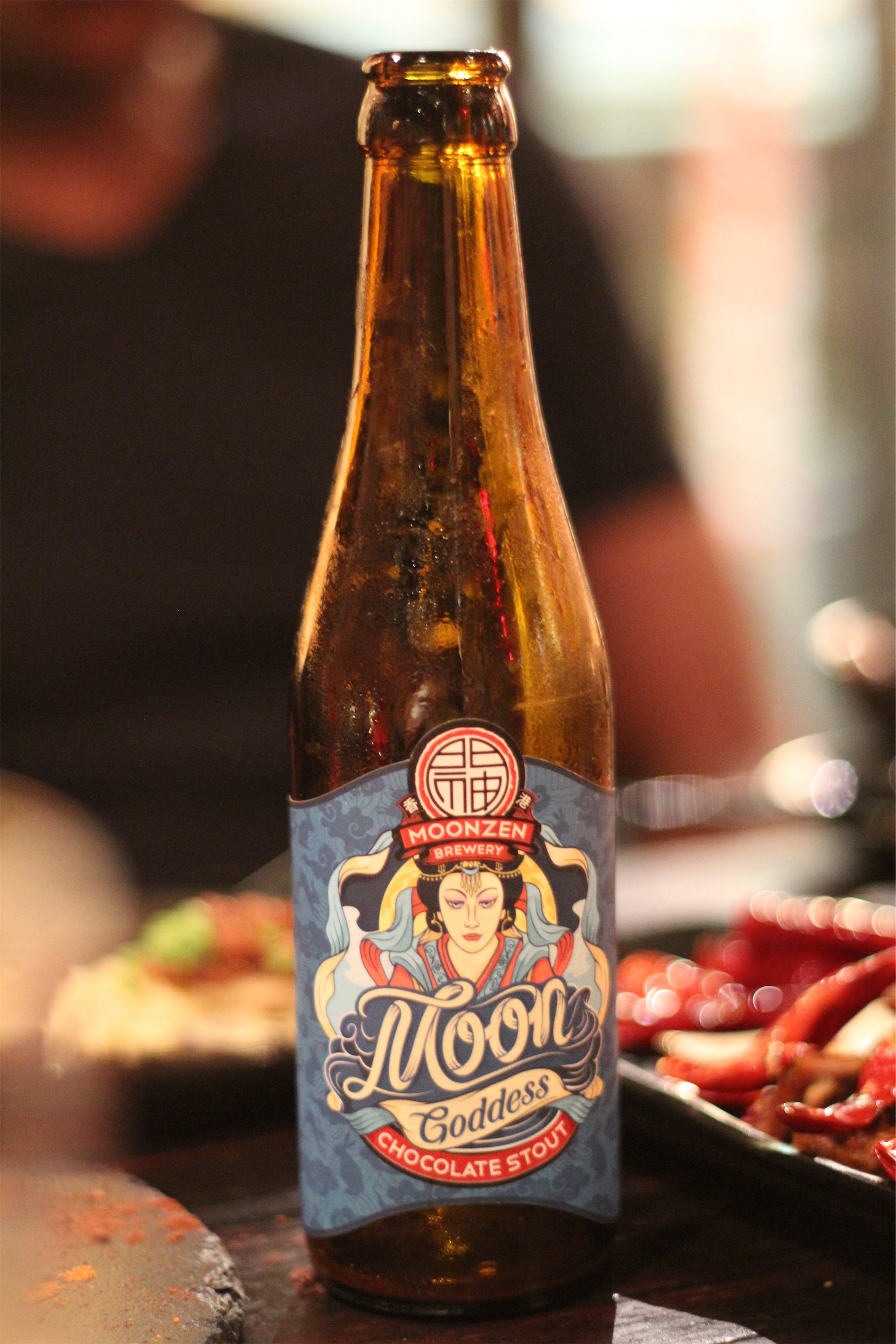 With graffiti décor and inventive dishes of the day, Flamed by Chilli Fagara is a surprisingly delicious and remarkably cheap spot for fiery cuisine. One to note for casual date nights and when family are visiting and you are wanting to show some Chinese food off.