Love having your cake and watching it too?

If you’re a Cake Boss addict, or just love a good baking story, we caught up with Buddy Valastro from series seven of the reality tv phenomenon to talk about his baking escapades that have taken the form of everything from garbage trucks and slot machines that really work, to exacting replicas of Mount Rushmore and the Statue of Liberty as well as his first Asian adventure creating the epic Merlion cake for Singapore’s 50th birthday.

What is important when making a spectacular cake?

For me, it’s got to taste good first. The second thing is the more you can do from thematic standpoint and make it look good by, you know, either making a tier cake that impresses people. You know I think that’s an important factor. You’ve got to have the wow factor in the way that it looks. And then, the third is probably in the way you construct it because you can make a great cake and everything else, but if it falls down when you try to move it, then you’re going to have to start over. 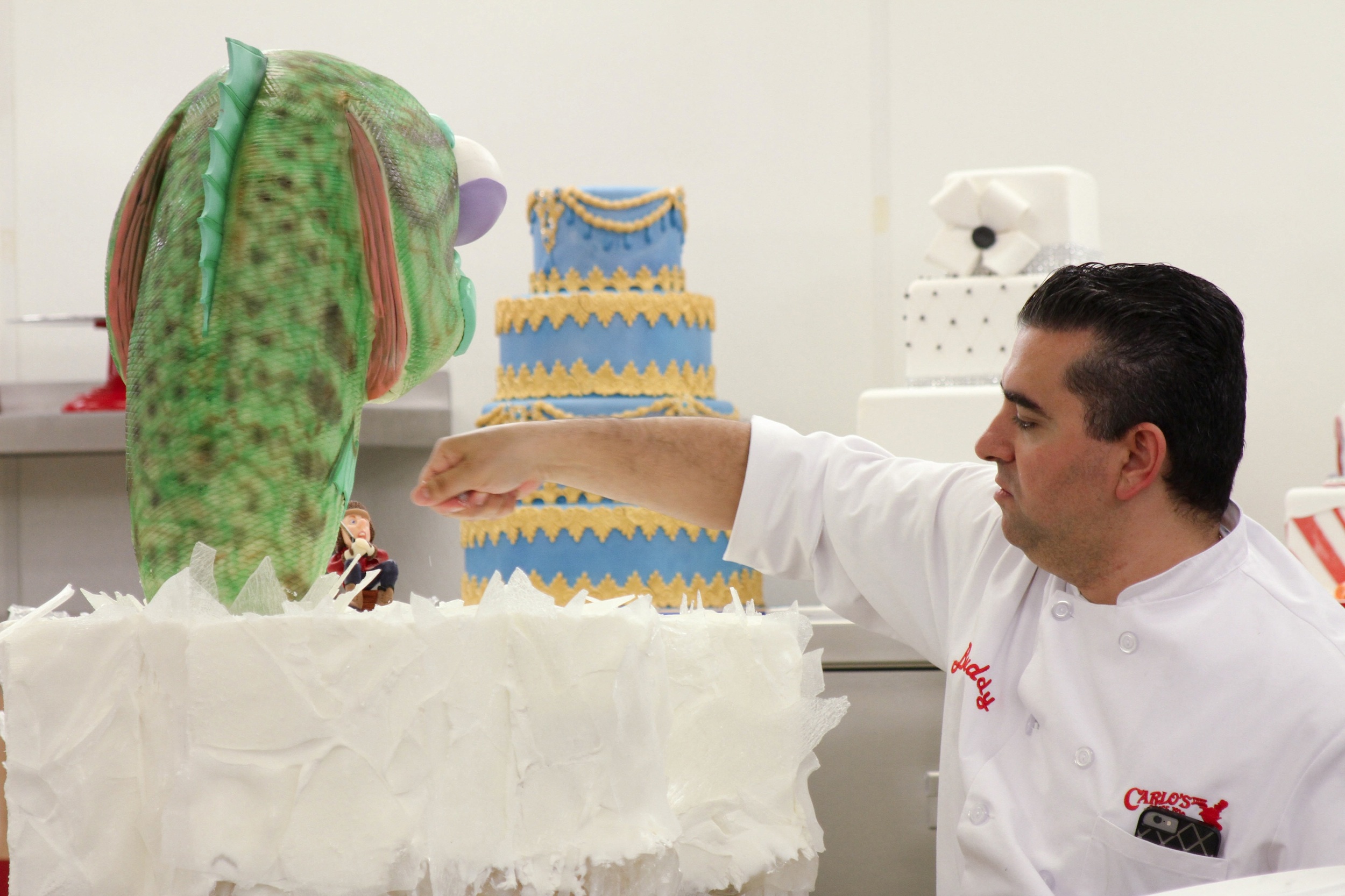 Do you have instances where your cake is so beautiful you don’t want to destroy it by eating it?

Well you know what, I’ve been doing this for so long the sticker shock is over. I like when people see my cakes and they’re beautiful. Then they taste them and see how good it tastes. For me, it’s seeing the reaction of them looking at it and it’s beautiful as one, but when they taste it, then they smile. Absolutely, taste is more important for me. It’s like 60 per cent taste, 40 per cent decoration.

Which was your most unforgettable cake creation?

The most unforgettable was probably for Oprah Winfrey. When I made the cake for her, she was really so nice off camera as she was on camera. And she was a true model of what I think a celebrity should be. But we’ve made cakes for Rihanna, Miley Cyrus, Britney Spears, Arianna Grande and you know so many. The cake for Oprah was a big oak tree, which is her favorite tree that she has in her yard and it was her sitting underneath, reading a book because that’s her favorite thing to do. And then the Transformers cake was the most crazy we’ve ever made. That was pretty nuts. It it was 14-foot tall, eight-foot wide and six-foot long. It weighed about 2,000 pounds. It didn’t move and it didn’t transform, but it was pretty spectacular. 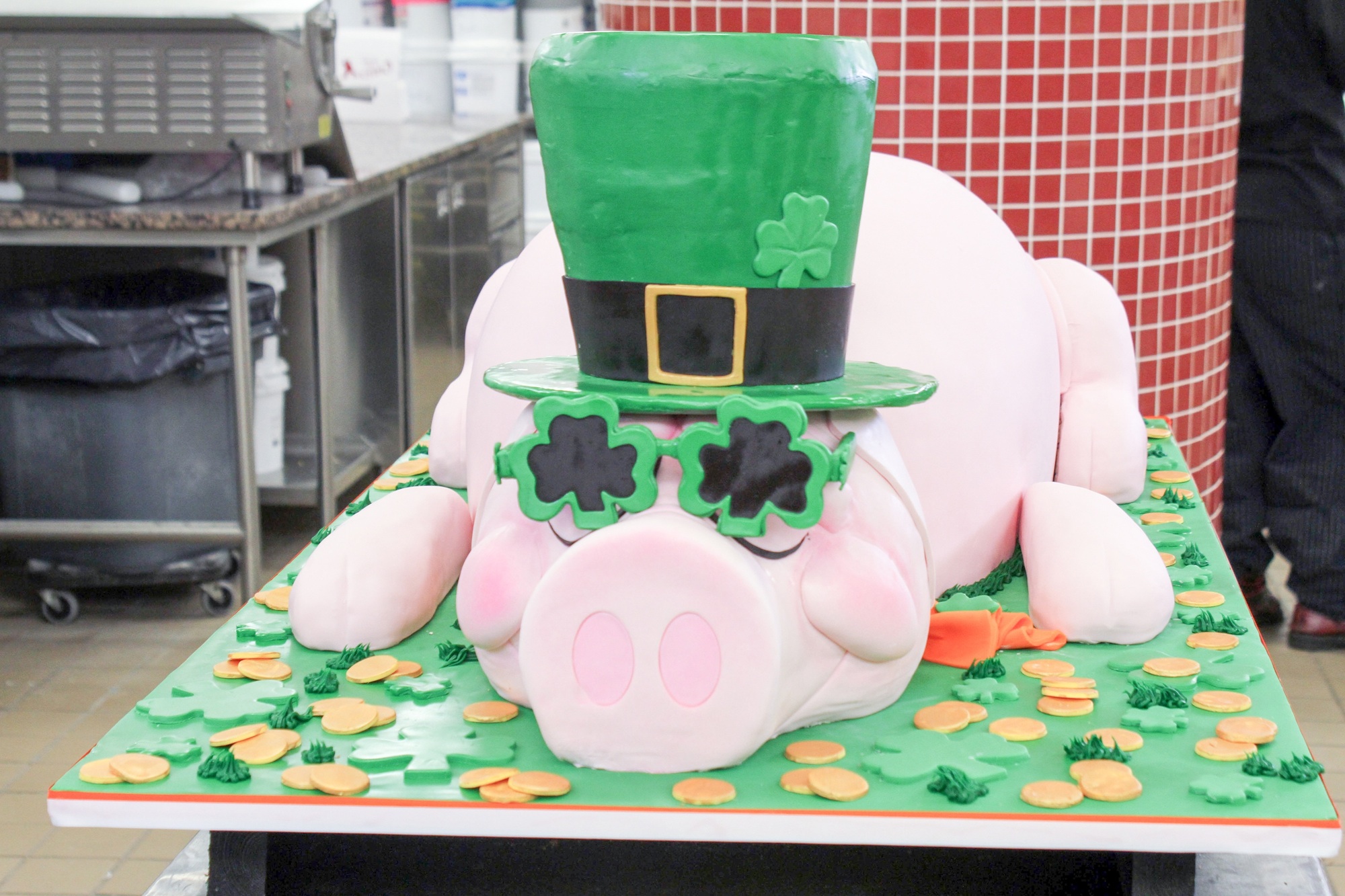 What do you enjoy about your work?

I love working in the kitchen. Sometimes when I’m off, I go into kitchen and just cook, because it kind of relaxes me. You know it’s intense and it’s a lot of work, but I love what I do when I feel that I’m successful because I do love what I do. It’s my dream job. I feel like when people have their dream job and you go to work, and you’re happy, and you feel good about it, you’ll always excel. And that’s how I feel it has happened for me. What makes a good kitchen to me is cooking with love. That’s the most important thing. You have to believe in what you’re doing whether you’re baking or cooking. You have to try to use good ingredients and fix in a tradition, the way you know how to do it.

Tell us about your brief stint here in Asia:

Well you know I was in Singapore last year so I’m definitely inspired from being there. I got involved because somebody asked me to make a cake but I didn’t realize that it was the 50th birthday (of Singapore). And it was a very special experience for me because the food was so great. They really embraced me and you know I’m really inspired from the flavours. We did the pineapple and coconut because we really wanted to get involved with the flavours of the culture. So it was a lot of fun to do the cake. And visually, this was probably one of the best cakes we did all season; it was amazing. 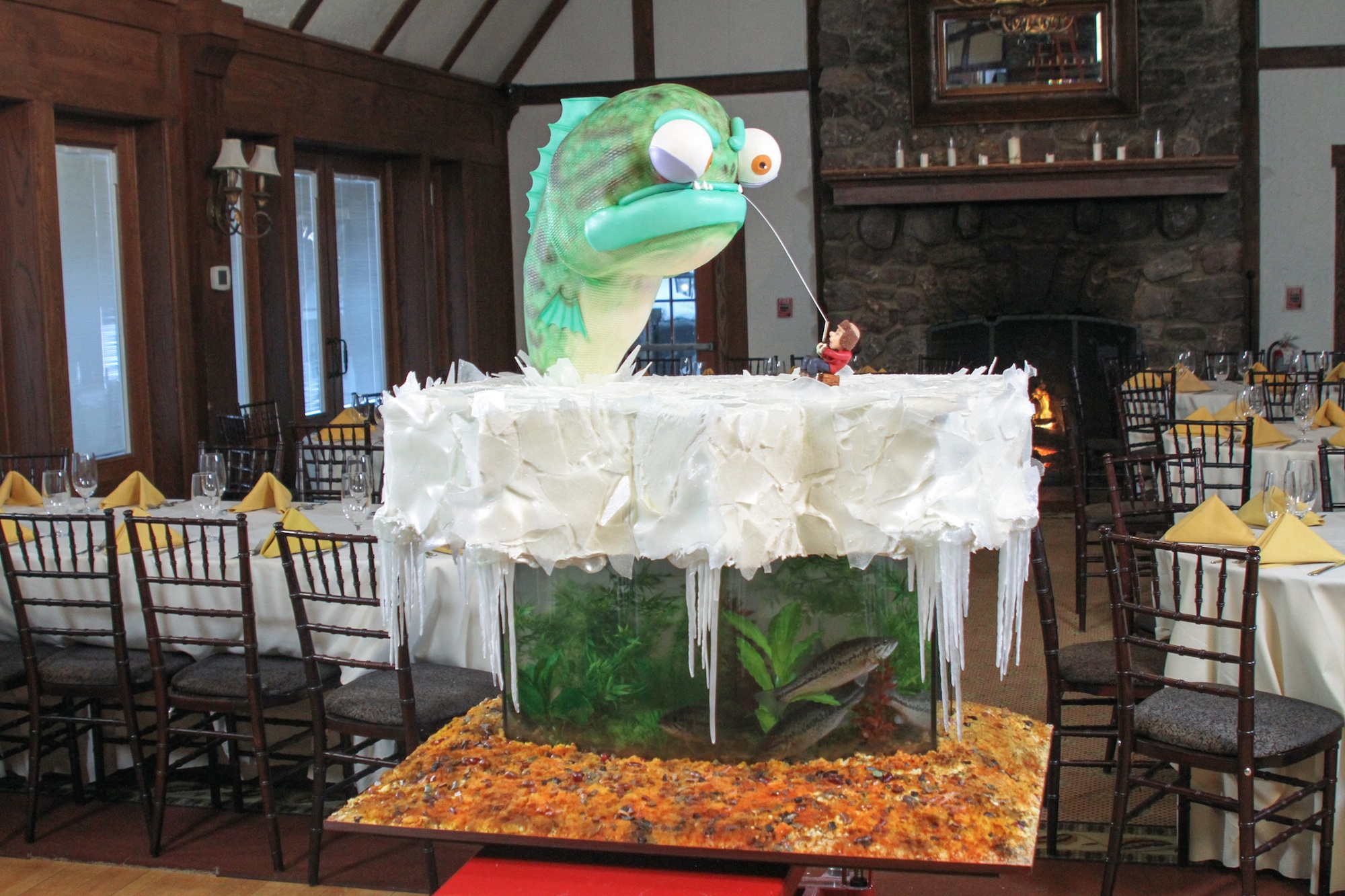 There’s been a rising trend across Asia with people leaving the corporate world and setting up their own bakeries and cafes, what advice do you have for budding bakers opening their own businesses?

That’s a very good question. A lot of people tell me that I inspire that. You know they said they see me and they want to do it and enjoy it. I tell them that just before you go and throw in the towel and leave a good job, make sure you know what you’re getting into. I tell people always work in a bakery or café first rather than going to school. I feel like – make sure that this is the field that you want to go into, just to make sure that you love it. And once you know it, then go to school and learn the science of baking. So I tell people follow your dream. Follow your heart. You just don’t want to quit a really good job going to the baking world, and then a year later, be like, “What the hell did I do?” So I just tell people to do it slowly and cautiously. But if it’s what you want to do, I applaud it.