Chef Bjoern, formerly of WHISK, takes over the space that was previously Liberty Private Works on the 26th floor of 11 Stanley Street, Central

This spacious but intimate 26-seater showroom of a restaurant on the 26th floor boasts floor to ceiling windows that broadcast a view of Hong Kong’s urban landscape. The central show kitchen at Twenty Six by Liberty is surrounded by bar style seating that creates an intimate dinner party-like vibe with entertainment from the cooks in the center, whipping up your delights for the evening.

You many know Michelin-starred Chef Bjoern Alexander from his eccentric concoctions over at Whisk. The German-born cook has a love of adding heavy textural elements to his dishes that add an extra dimension for the diner. His Taoist philosophy is also featured here at Twenty Six with a menu based on the “Life of Tree” with his unique flavour combinations representing the sprouts, the branches and the roots. 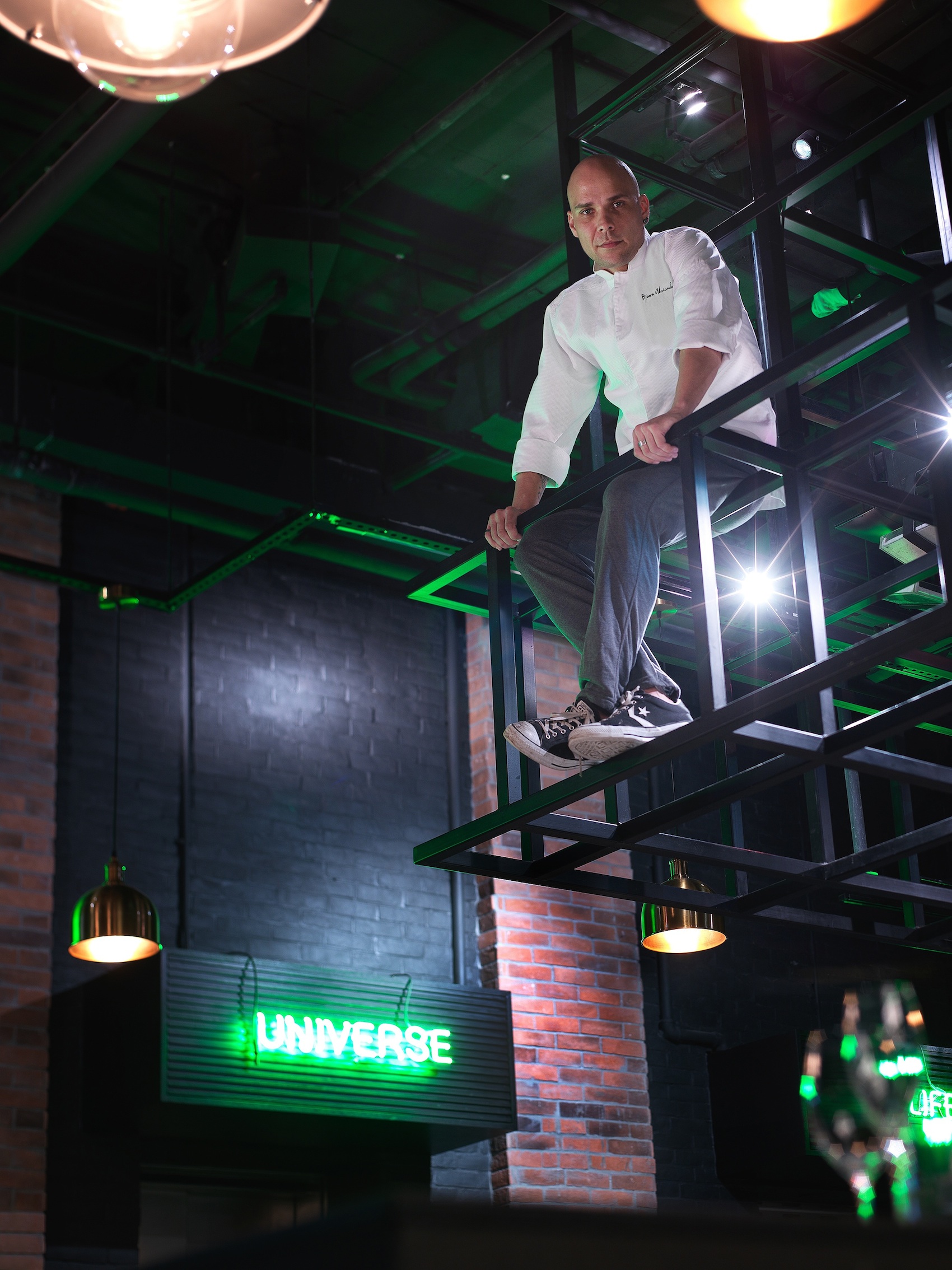 The ten-course tasting menu is $900 per head and begins with manioc and South American mushroom served with a sweetcorn purée and dusting of black truffle. A South African oyster, served in the shell surrounded by green seaweed and jelly that delights the eyes as well as the palate with its mineral-tinged juices and creamy, salty flavour that coincided wonderfully with the peaty tang of the crunchy seaweed.

An undressed octopus allowed for the pure taste of the mollusc to shine through but then a taste of the accompanying spicy pineapple was a pleasant shock to the taste buds and felt a little like a modern reincarnation of a Hawaiian pizza topping. These were served with a William Fèvre, Chablis that’s simple but sharp edge perfectly accented the flavours of the experimental dishes.

His German potato recipe with caviar were like fluffy balls of airy goodness topped with sour cream. His avocado dish was an overload for the senses with barbecue avocado with coriander, salmon roe and viola that started with a sweetness and crunchiness then a pop of roe that ended with a subtle undercurrent of peach; there were so many layers of flavours to consider in this tiny dish and decorated with a baked avocado skin for a fanciful flourish. The langoustines come from the shores of Mozambique and are served with rosemary and anise blossom (with its potent flavour on the side so guests can add or remove at their pleasure). 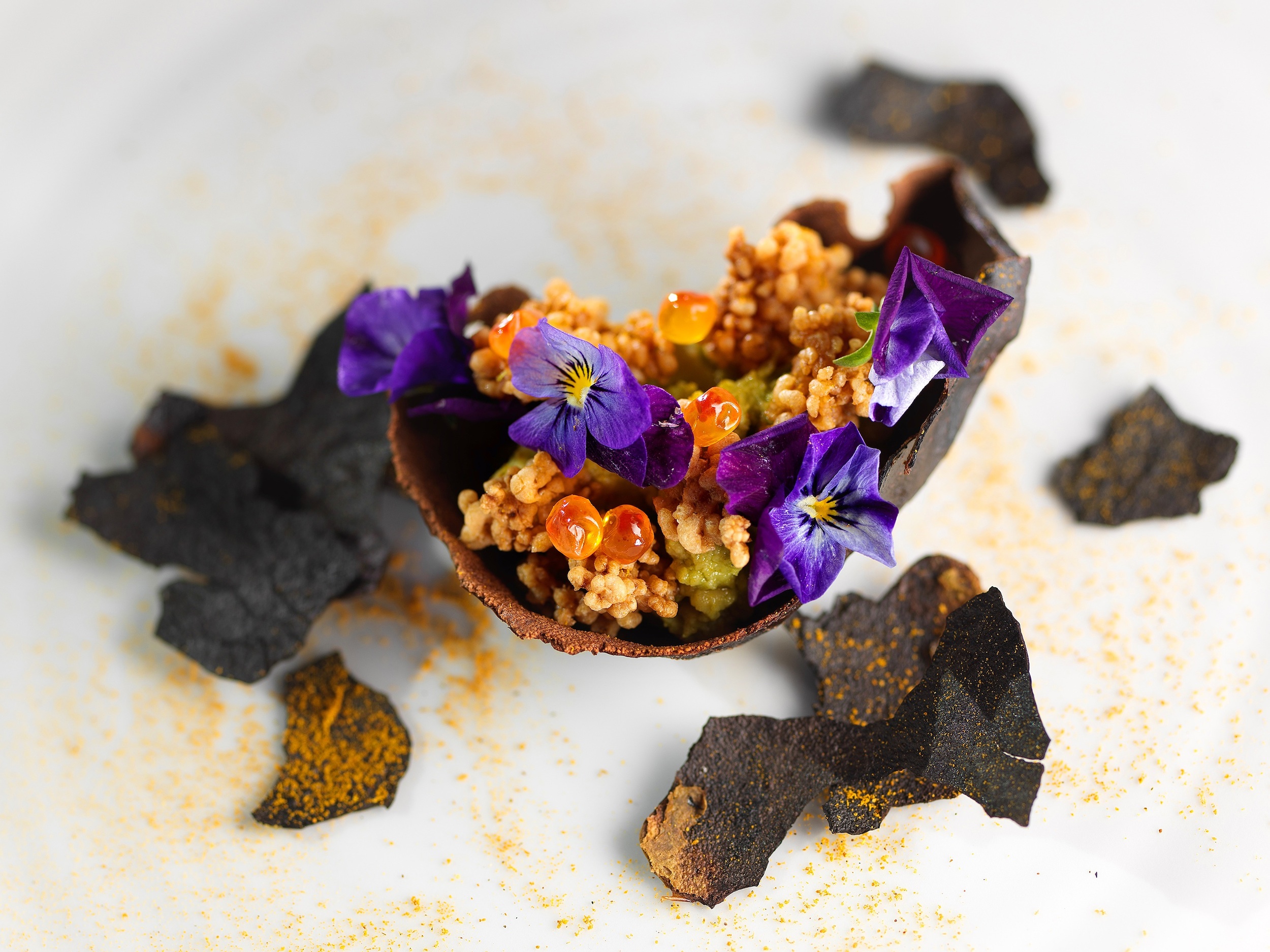 A black and white dish full of yin and yang and plenty of texture was delivered with Iberico suckling pig, a pig’s ear and black garlic that was delicious even for us that have never acquired much of an appreciation for the ear of the pig. A Bordeaux was a complement to the Kobe cheek that had been cooked for two days and then topped with beetroot and a zingy jalapeno puree. 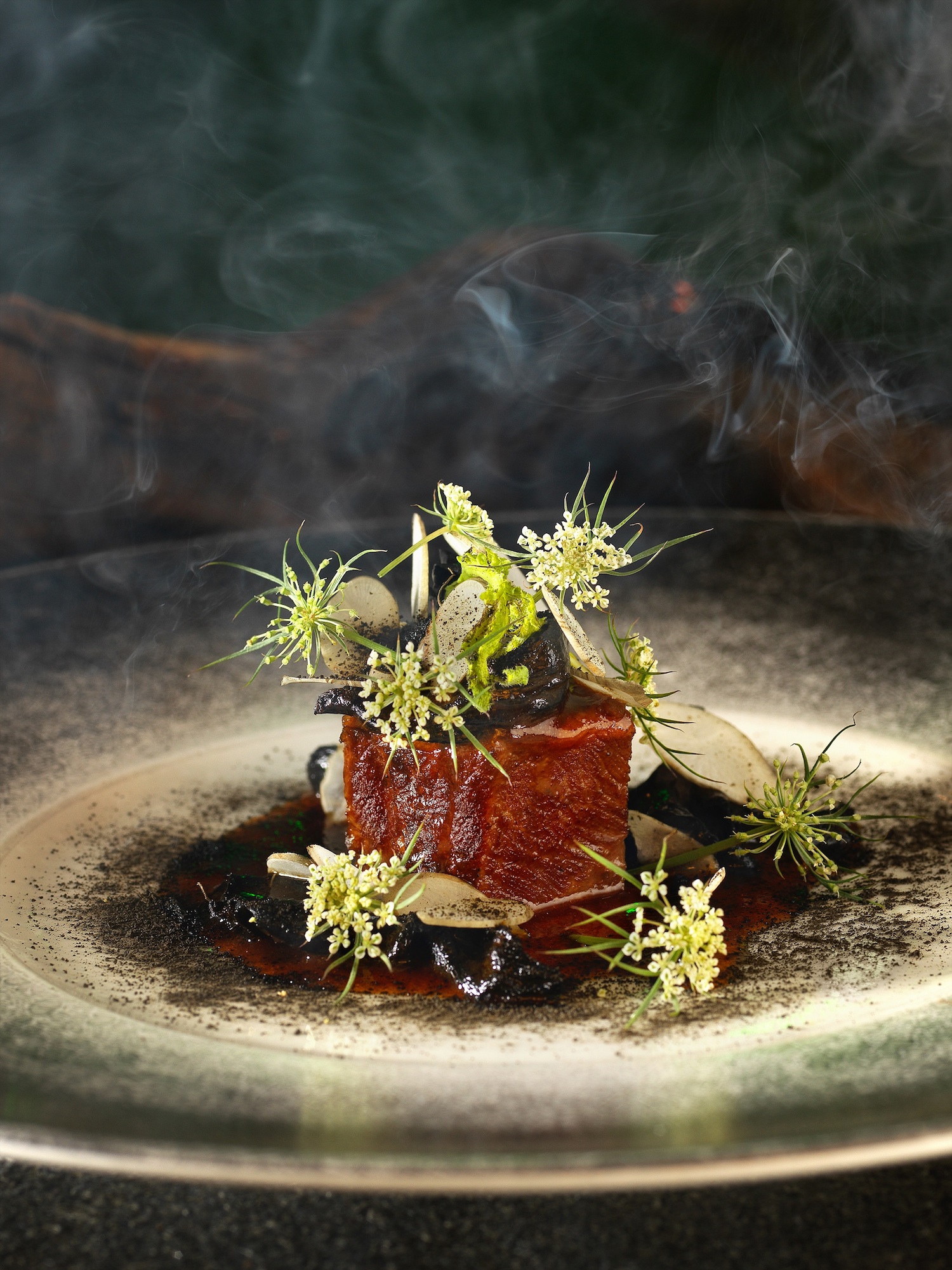 This chef loves his elaborate dishes and one comes in the form of his green apple finisher that is skinned, soaked in a limestone powder for two days so it grows a new skin, and then cooking in a sugar water and served with marshmallows, raspberries and ginger powder for an impressive ending to an intricate and skillful meal. 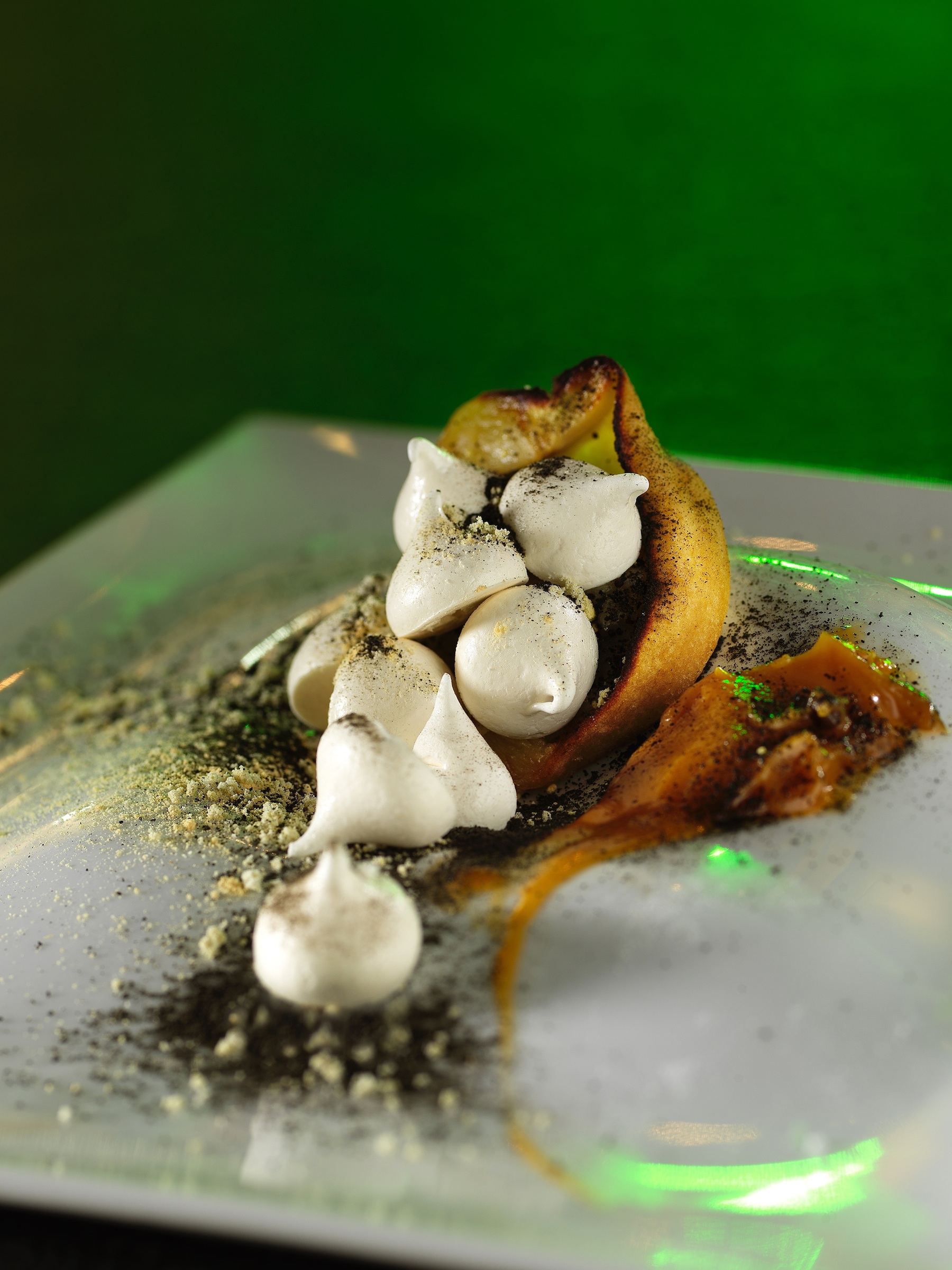 A fast and furious lunch service is on the cards for the future and Chef Bjoern will be changing the menu seasonally every couple of months to mix things up and keep his diners coming back to try his latest “tree”.