In an effort to support the Hong Kong Cancer Fund’s Pink Revolution, an annual campaign that aims to raise awareness and also raise funds for breast cancer research, Conrad Macao has launched its own campaign named “PINK Inspired 2015”. The campaign lasts throughout the month of October and sees many parts of the hotel turning into a passionate pink, from floral arrangements to decorations to even the uniforms of staff members. 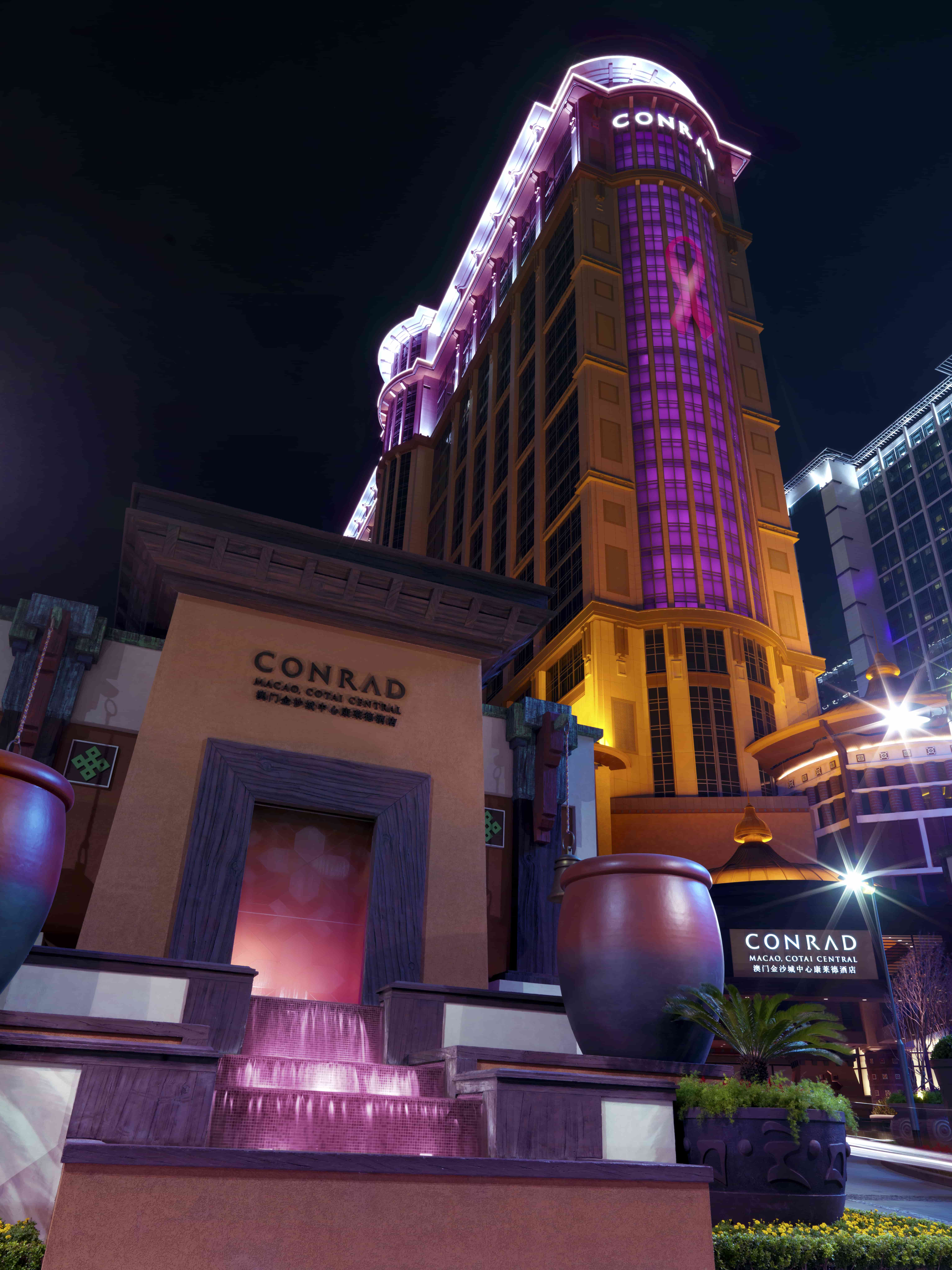 The easiest way for guests to take part in the campaign is by making a MOP10 donation upon check-out from their room or opting for pink room upgrades available at check-in. Conrad Macao has also rolled out a range of different specially designed PINK-themed products and services, ranging from prix fixe menus at different restaurants across the hotel to spa to the hotel’s iconic bear and rubber duck in a special limited pink edition. 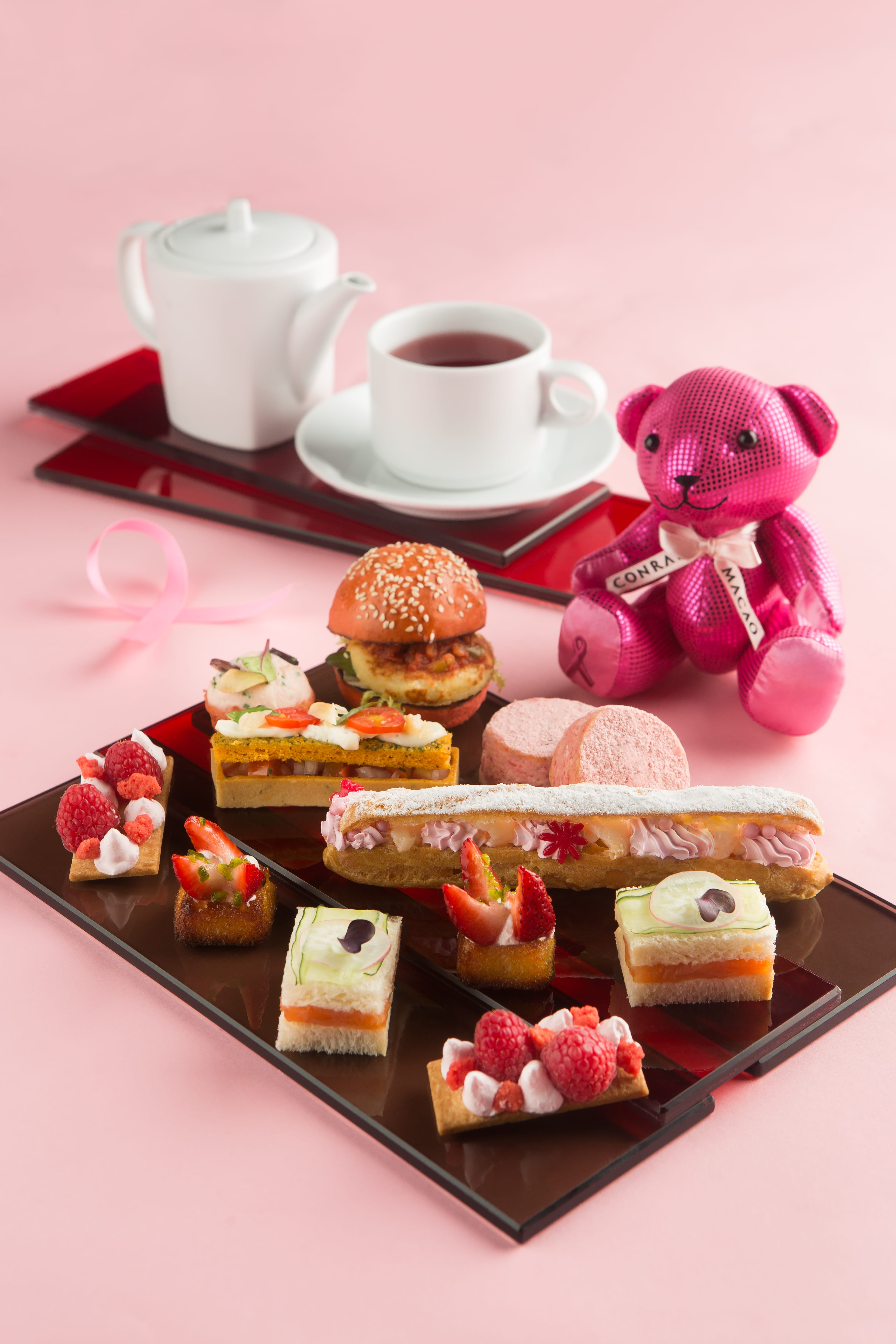 The PINK Afternoon Tea at The Lounge 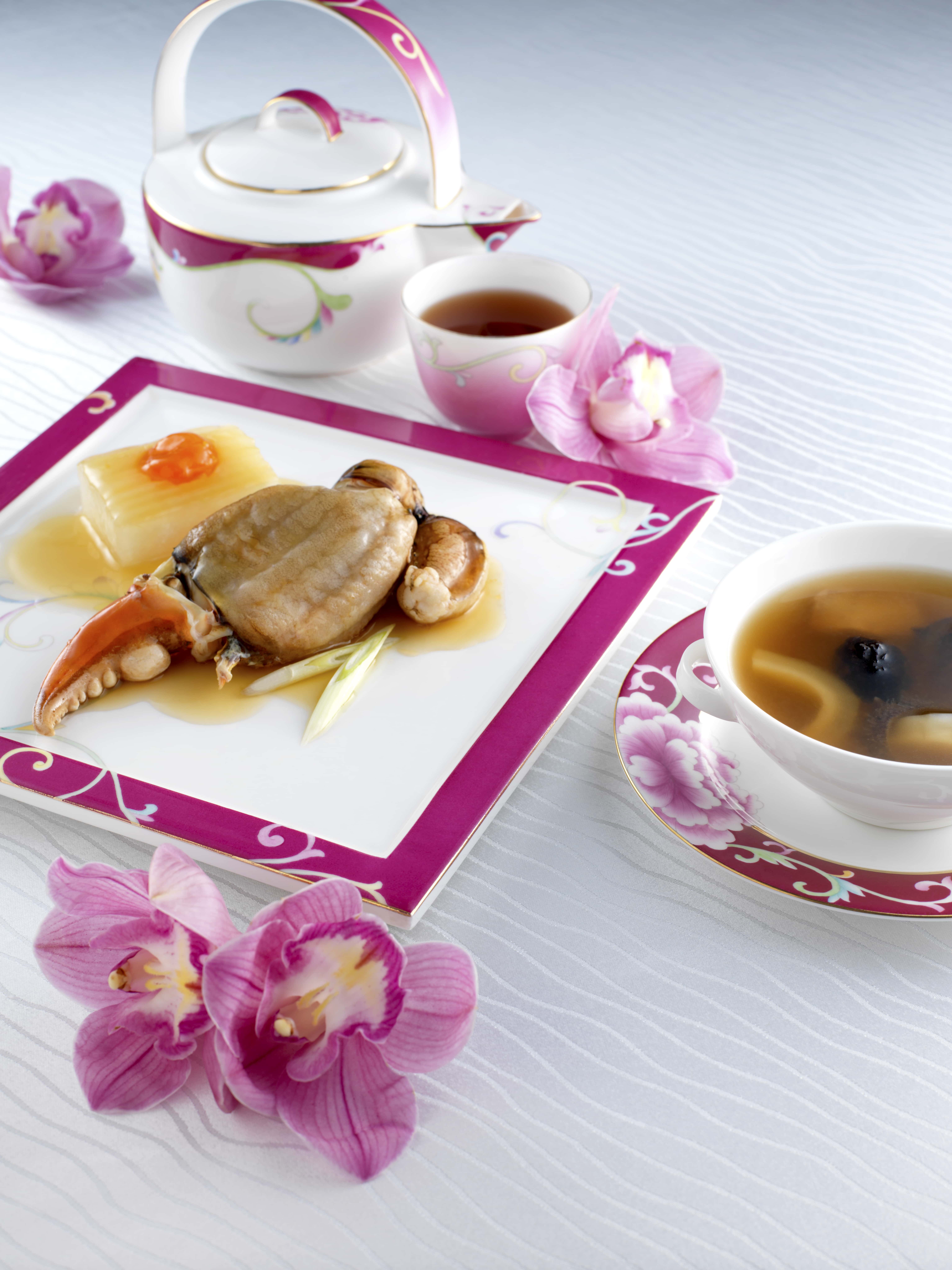 To further ramp up the hype, one lucky guest who stays at the hotel during the campaign period and also makes a donation to the cause will win a Glorioso Necklace with white stones designed exclusively for the PINK Inspired 2015 Campaign by ARTĒ Madrid! 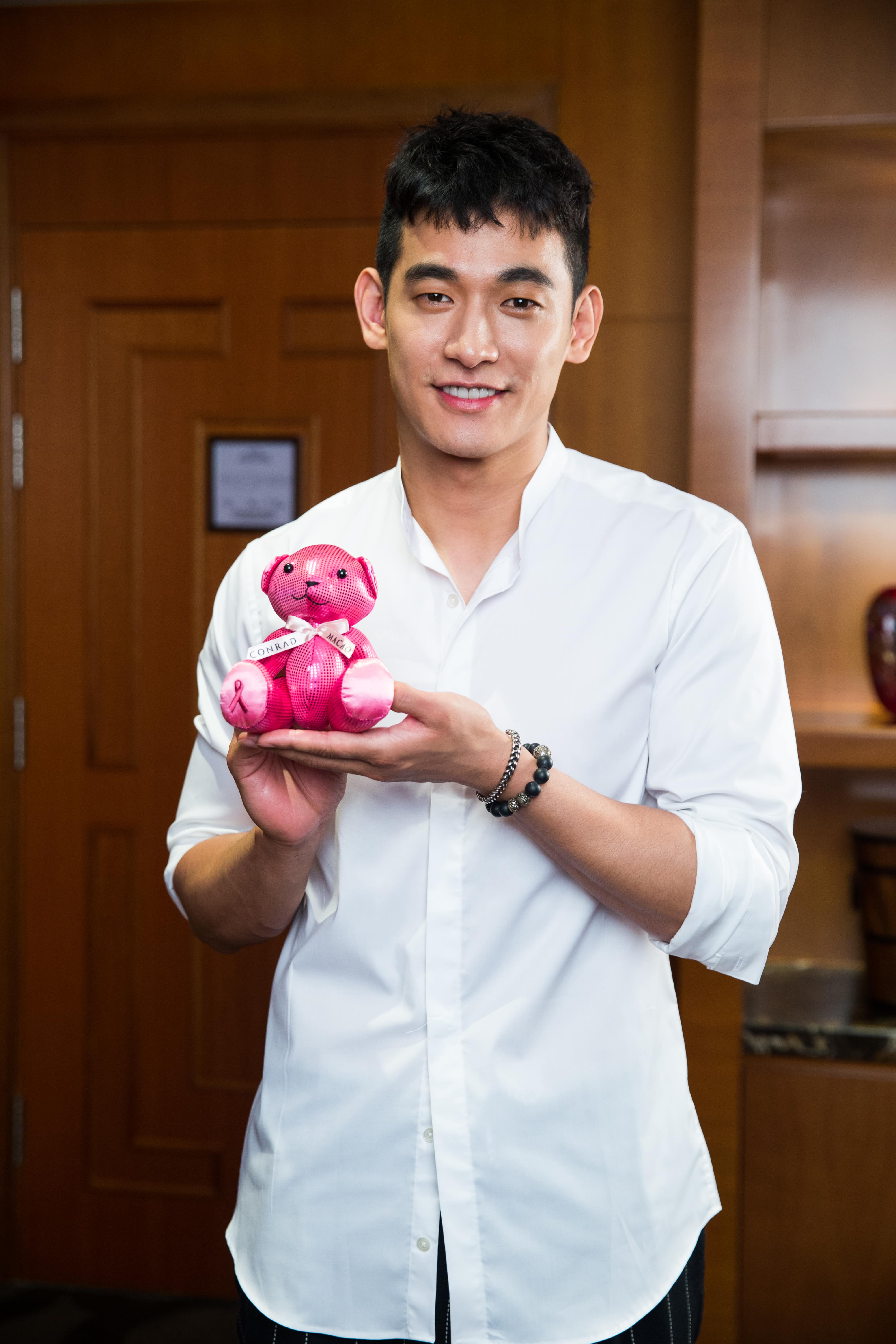 Click here for more information on the PINK Inspired 2015 campaign