A slightly green-tinged colour and very cloudy appearance was off-putting when we poured it. The taste did not improve on this first impression, as it didn’t have much of one. It basically tasted like a whole lot of nothing, or, as one of our tasters remarked, “it tastes like old water”. We gave it a swish around in our mouths and extracted a slight peatyness, but that was about it. All in all, not much flavour in this one. 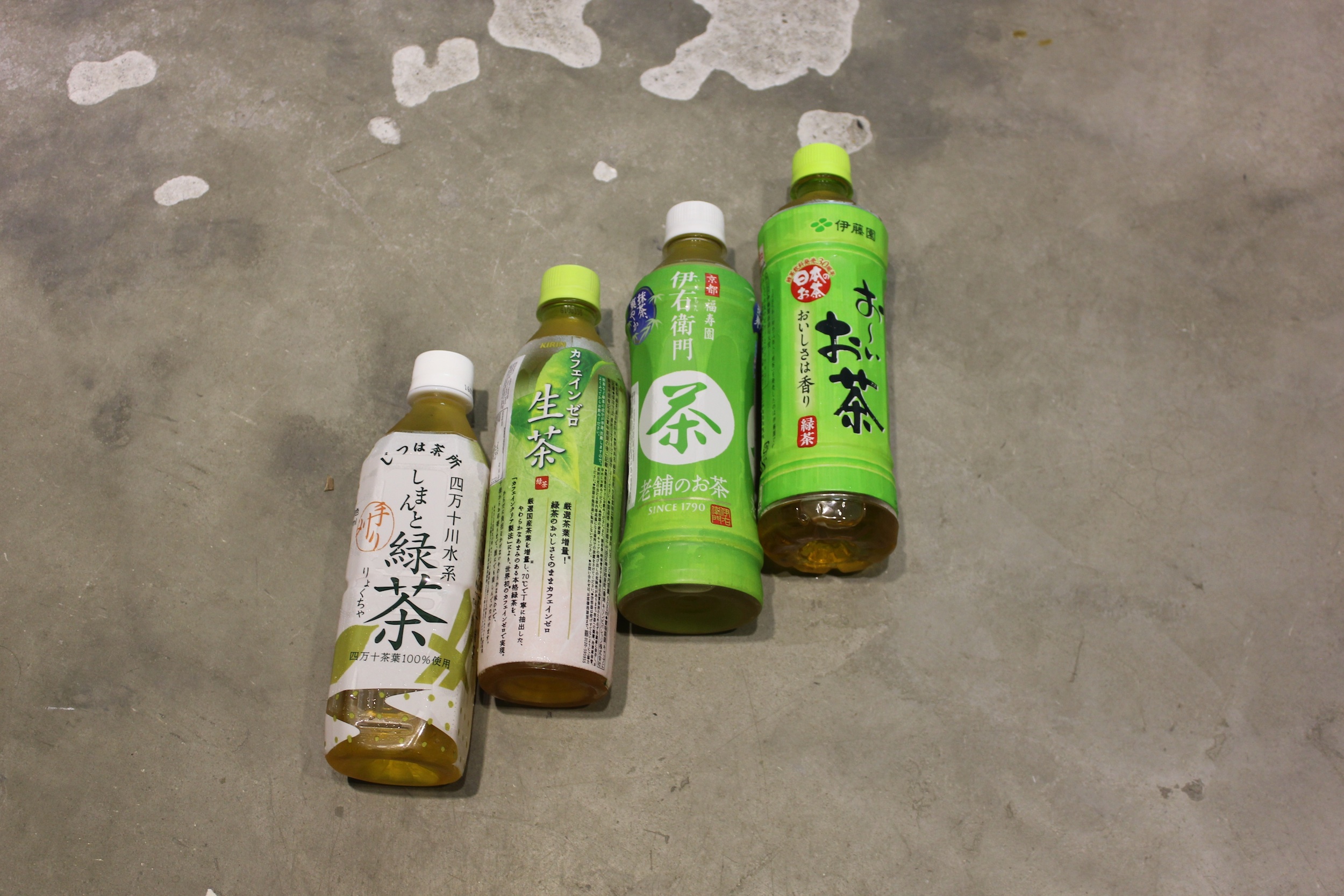 The fancy looking bottle promised a tastier beverage and the golden, honey-hued nectar that flowed out continued that pledge. A fruity smell with floral undertones was so varied we felt like we were exploring the depths of a fine wine. Its flavour was very pungent compared to the others with an osmanthus-like edge to it and a little green tea pop of aftertaste. We found we all liked this little number.

The Kirin was the mildest of the bunch with a very subtle flavour. Two of our tasters, neither of whom drink iced green tea regularly, would opt for this mellow sip. The regular Japanese iced tea imbibers all preferred a stronger punch in their teas and felt this one was a bit too fruity and unnatural tasting. 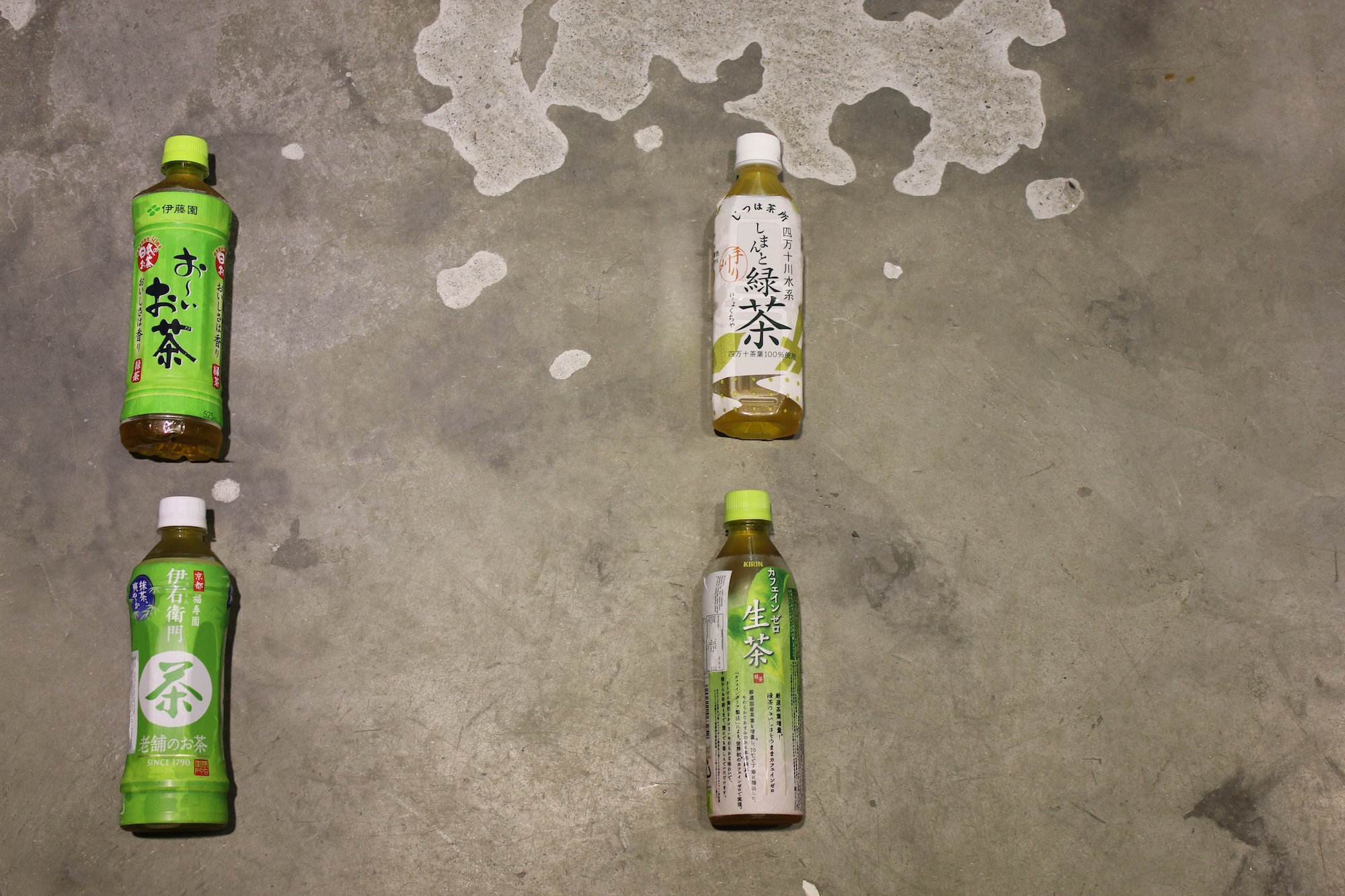 This was the darkest in colour and had a toasted smell that was lovely to behold. Its flavour had a subtle seaweed taste to it. It was also quite sharp and almost bitter and really had all our taste buds in a quandary. Three of us regularly choose this brand for the easy-to-drink quality, but our other tasters felt it too pungent for their palates.

Verdict: Completely divided and everyone seemed to taste something different with this bewildering bottle.