Keshia Hannam delves into Berlin, which is quickly becoming known as one of the most exciting dining destinations in Europe

Between the well styled and undoubtedly quirky residents and visitors, the city has seen an evolution from the techno nightclubs that made Berlin famous (without leaving them behind; fear not electro-syncopated friends) towards a homogenous, somewhat gentrified, undoubtedly vegetable-focused capital. Though the kind of visitors here aren’t what they once were, there is still an obvious hunger to live like a Berliner when in the city, which is entirely understandable when we see just how individual and inventive Berliners are. This understated and innovational culture, which protects the city through implementations like low emission zones (Umweltzone), which requires all vehicles moving inside this zone to bear a green Emission badge (Feinstaubplakette), has produced some eateries and bars that are well worth exploring when next in Berlin:

Berlin sprawls across six districts (Mitte, City West, East Central, North, East and South), with enticing draws to each region. From Tegel International Airport a bus or taxi will need to be taken, and from Schönefeld the S-Bahn (metro) and regional trains can be used. 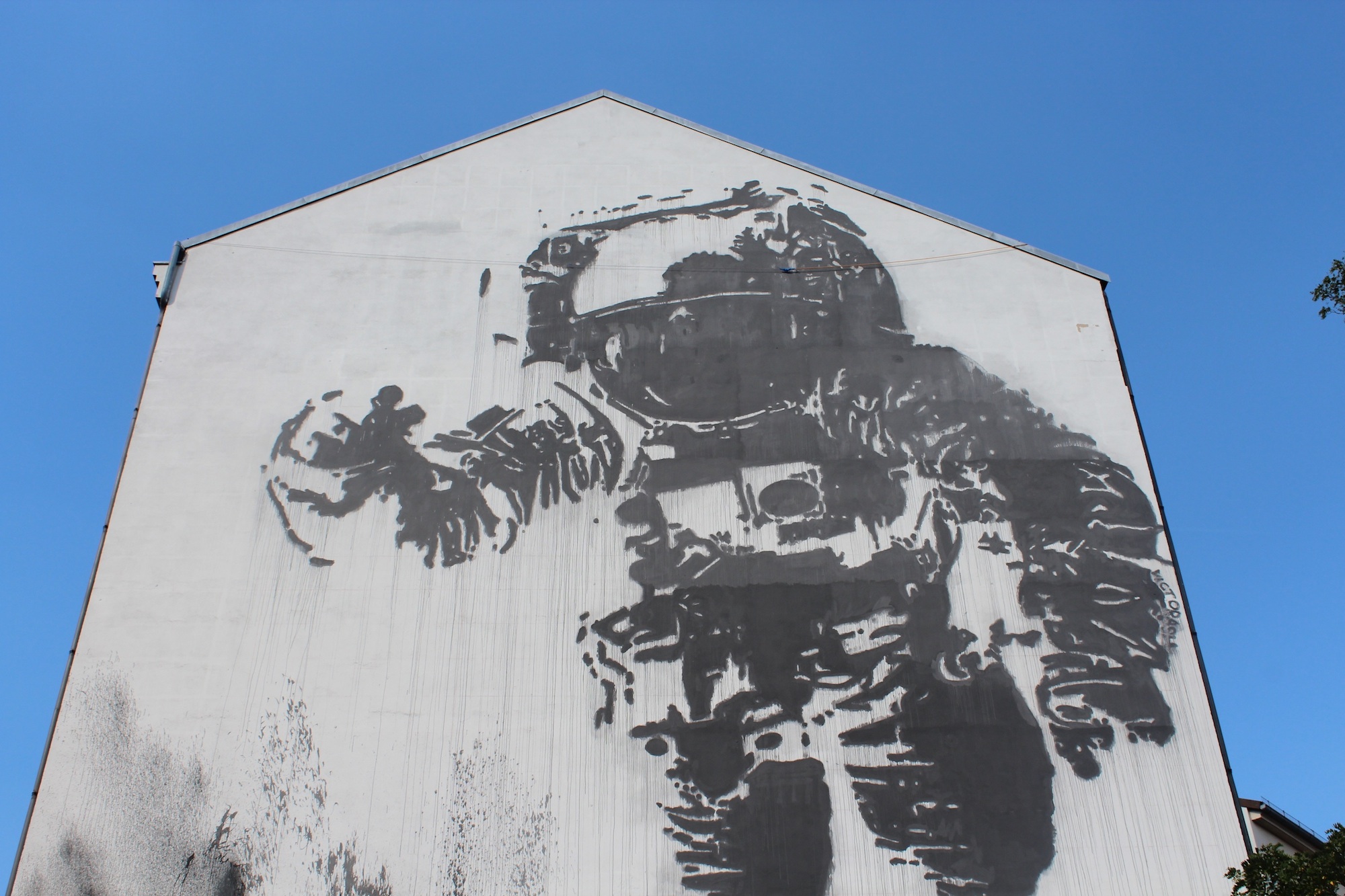 Begin with brunch at Cafe Anna Blume, a beautiful spot that on weekends channels a vaguely Notting Hill type energy. Interior designer Thomas Seiffert capitalised on the name of the cafe/florist/bakery being taken from Kurt Schwitters 1919 poem, Anna Blume, by blurring the lines between flower and eatery and employing an Art Deco theme throughout. Come for the set breakfasts with versions like Anemone (salmon, scrambled eggs, prawns) or the Mediterranean-style Oleander which features salami, provolone, oyster mushrooms and marinated zucchini, but stay for the more traditional serviettenknödel; German dumplings (similar to semmelknödel) which are shaped into a long roll and boiled using a cotton or linen napkin (serviette) then sliced into rounds and fried. These are served at Anna Blume with a rich mushroom ragu. 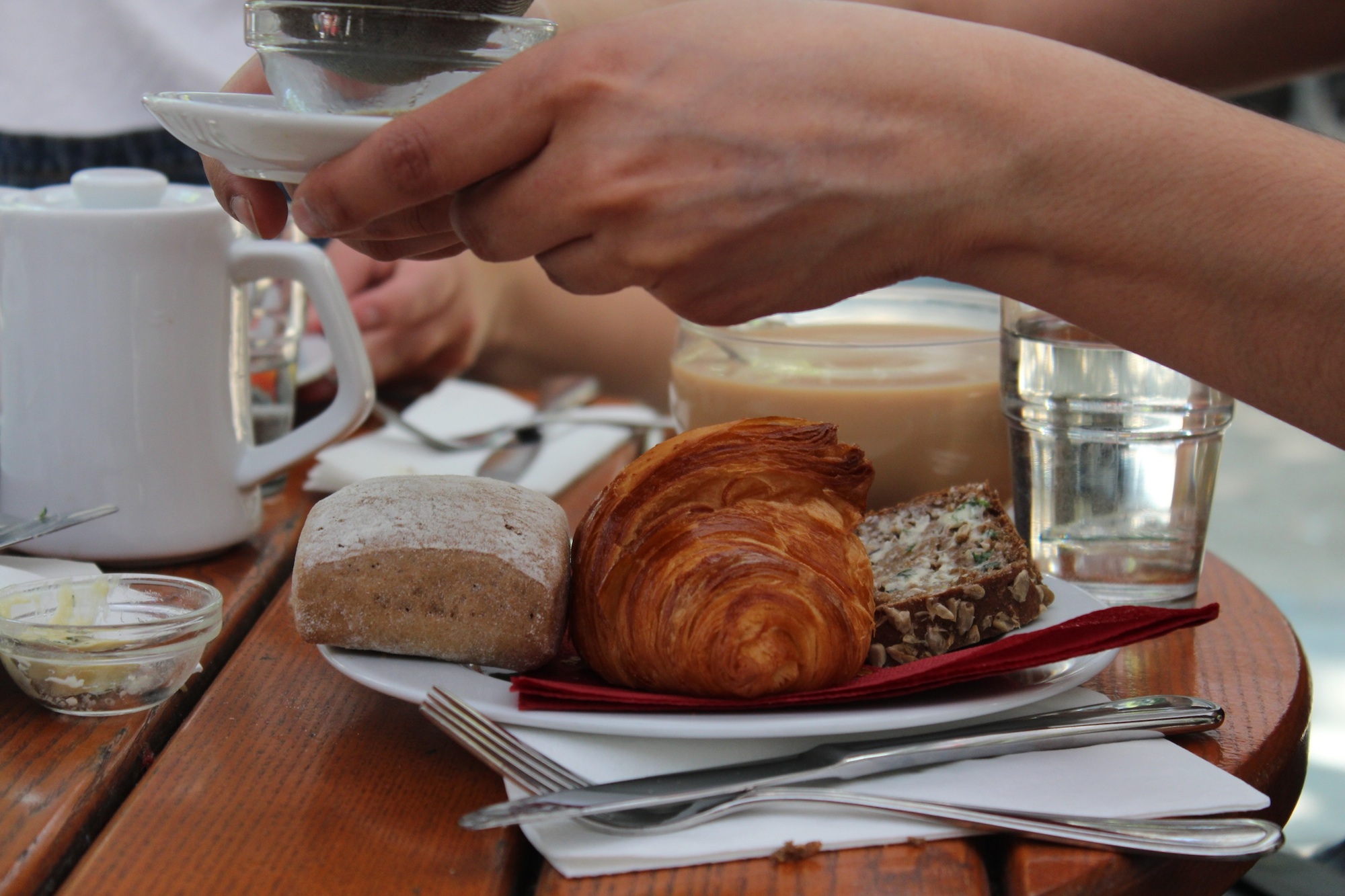 Walk off the rather indulgent breakfast and cross of the number one ‘attraction’ of Berlin: The Berlin Wall. Half an hour’s stroll will place you at central memorial site of German division, located in the middle of the capital, extending for 1.4 km. The memorial consists of the Monument in Memory of the Divided City and the Victims of Communist Tyranny plus the Window of Remembrance. You will also find here the Chapel of Reconciliation and the excavated foundations of what were apartment buildings whose façade served as the border wall until the early 1980s.

Pay a brief nod to healthy living at Daluma, where you’ll get kale shakes and other considerably healthy choices with other youthful, attractive Mitte dwellers. The ‘sit-on-cushions-and-don’t-expect-tables’ modus operandi fits the bill perfectly, and the prices are extremely reasonable. Smoothies go for around 5€, and it’s fun to ask the waitrons for whatever combination of ingredients they like best to get a unique drink and hopefully start a great conversation. If you want a more conventional suggestion, go for the choc-choc crave which is a pudding like delight of avocado, raw cacao banana, rice milk which is made sweeter with dates and then made all the more nutritious with maca and moringa. 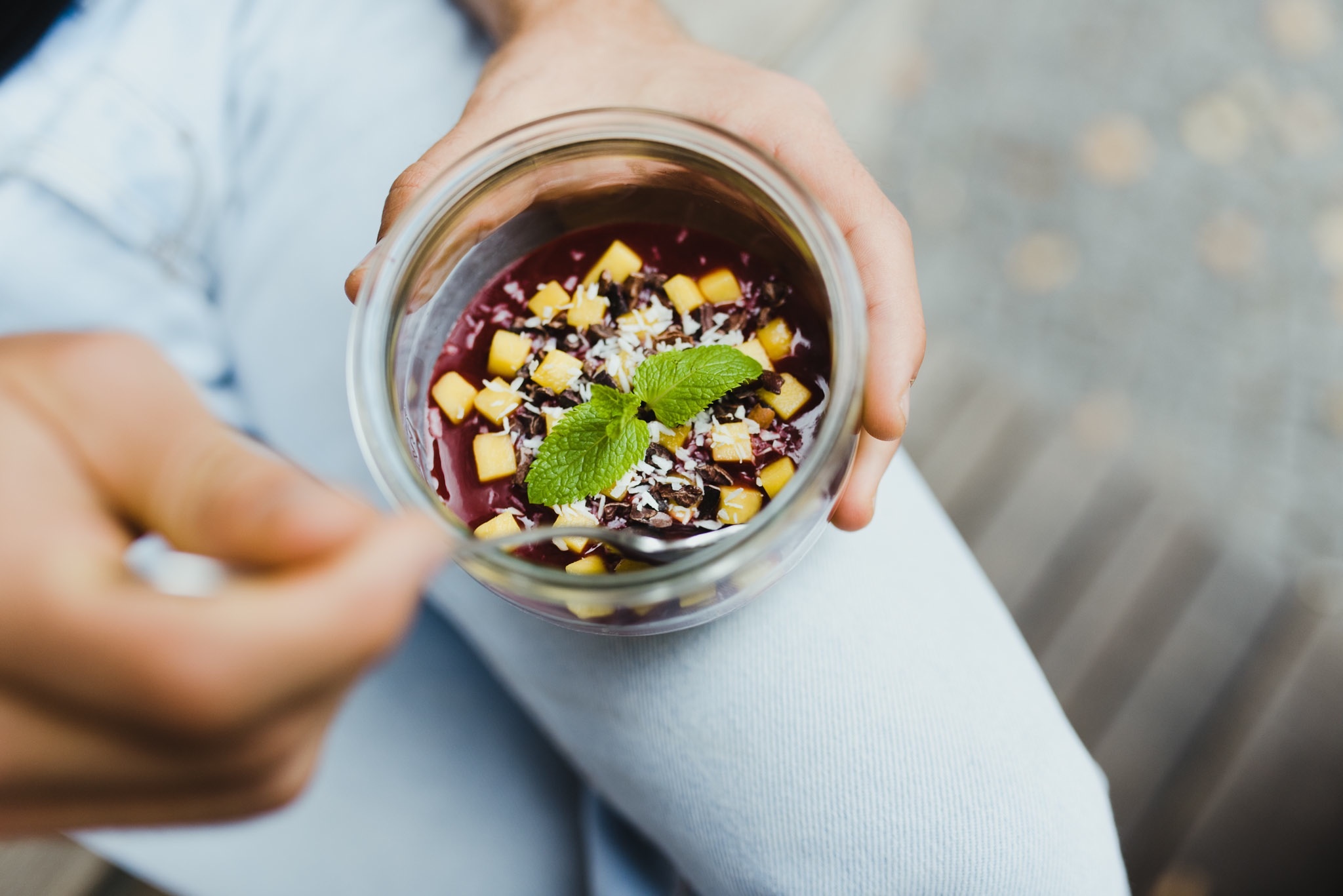 Experience a different type of dinner and mingle with locals at Kraut und Reben, a supper club created by Kristof Mulack and Jan Hugel. It’s here that modern German cuisine finds a foothold in perfect sync with innovative liquid pairing. What is modern German? It might look like a roasted new potato with cream which are both smoked over hey, or cauliflower two ways, seared and puréed, with crispy chicken skin, lemon-thyme and tarragon. 99€ is the cost of the dinner, which includes tasting menu and a whole bunch of wine, and probably other liquids you’ll enjoy drinking like some local ales and fresh juices spiked with herbs. 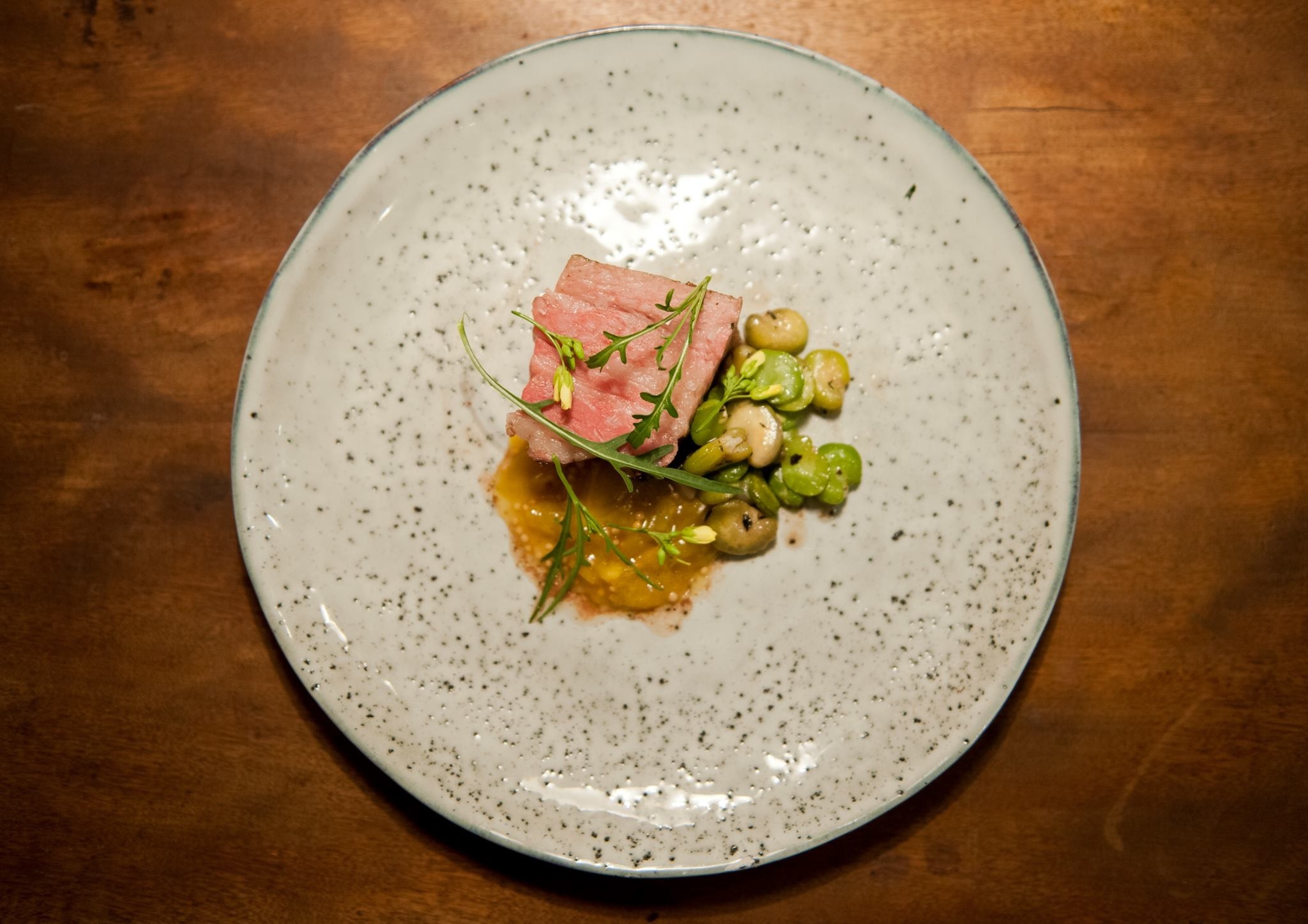 Finish the night at Beckett’s Kopf, one of the best cocktail bars in Berlin. This Prenzlauer Berg bar is one where it is worth telling them what flavours you like and allowing to tailor-making a cocktail for you. It’s a place one goes when they care quite intently about the beverages being imbibed, as the bartenders are crafty and the prices steep. Menus are camouflaged in books, and if you do decide to pick something that has been pre-meditated, we suggest the aromatic Forrest cocktail, which uses Old Bardstown bourbon infused with rosemary and Stählemühle schnaps, a schnaWdaefps made fragrant with pine. 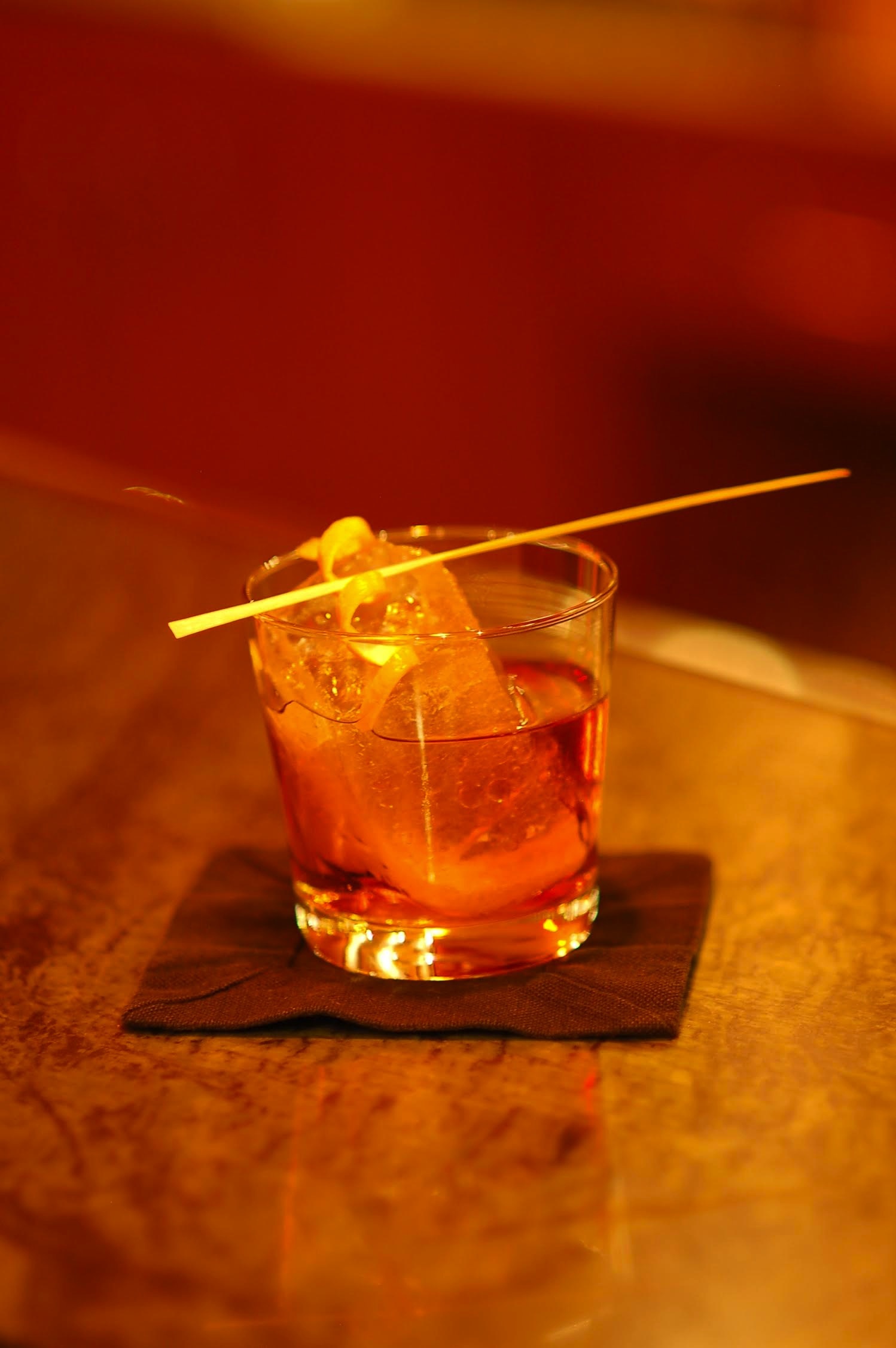 They’ve also recently opened a new bar called Lost in Grub Street which has been awarded a top five placing in Mixology EU’s Bar Awards for 2016. It’s worth checking out if the night gives itself to extended wanderings.

A day in the southern part of the city that holds some of the authentic gems of Berlin in an area that has recently exploded with community and vibrant places to eat/drink. Start the day in Tischendorf, a virtuous cafe that serves the likes of three cheese omelettes with spicy Harissa bruschetta and Dukkah rolled eggs with wheat hearts, beetroot, spinach and feta.

Take some time to explore the canal side district of Neukölln, and the vintage cool that emanates from it. Sing Blackbird is warren of rooms that range from stylish to vintage and also where you will find one of the better espressos this side of the canal. Once a month they organise flea markets and film nights, but mostly it is worth riffling through the fashionable pieces at middle range prices.

Because you’re in the veganville that is Berlin and gets particularly vegan-y in hipster Neukölln, indulge the inner zeitgeist and chomp into some Baby Burrito; a Mexican-Australia (Mextralian… we’re not kidding) restaurant who actually know how to cook vegetables (a feat many vegetarian restaurants, bizarrely, seem incapable of). They also don’t use weird soy/gluten/seitan/satan substitutes for their flavoursome hot mama with corn bread (that’s a dish not a profanity), smokey quesadillas with melted cheese and pickled red onion.

Baking delicious pan-English specialities, the “Bonanza Coffee Roasters” roast their coffee and a La Marzocco Espresso Machine pumps out a delicious direct trade (ensuring fair wages for growers by directly sourcing from farmers) flat white, aided by the German, Canadian and Australian baristas. When possible they use organic products to make the likes of beetroot-chocolate cake and carrot cake, and the peanut butter pie is worth all the euros you have in your pocket. 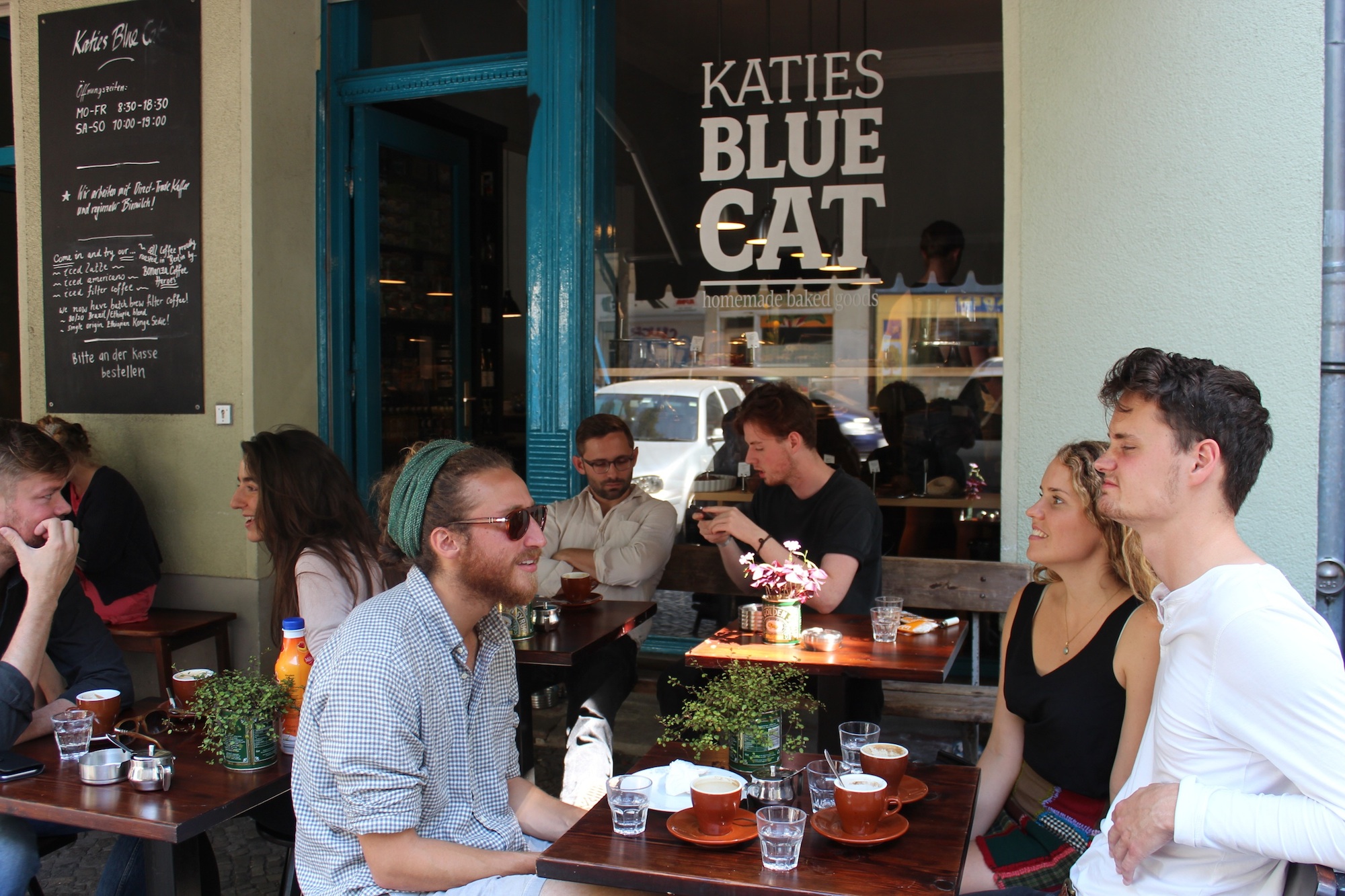 Hipster tourists who used to congregate on this formerly Mitte restaurant have transplanted themselves to the new White Trash in Neukölln, an American trailer park meets German-Asian-Mexican-French-Swiss-Army Fusion meets enclosure of bizarrely dressed people having spirited conversation. Live music is a draw for this strange but infatuating eatery, as are the ribs and bomb brownie with vanilla ice (ice baby). And finally, a simple, but honest description of the restaurant, “Exotisches Essen nach Hausfrauen-Art!” (Exotic food just like Mama used to make!) Come for the food, stay for the live music, at least until 11pm and then hit the town. 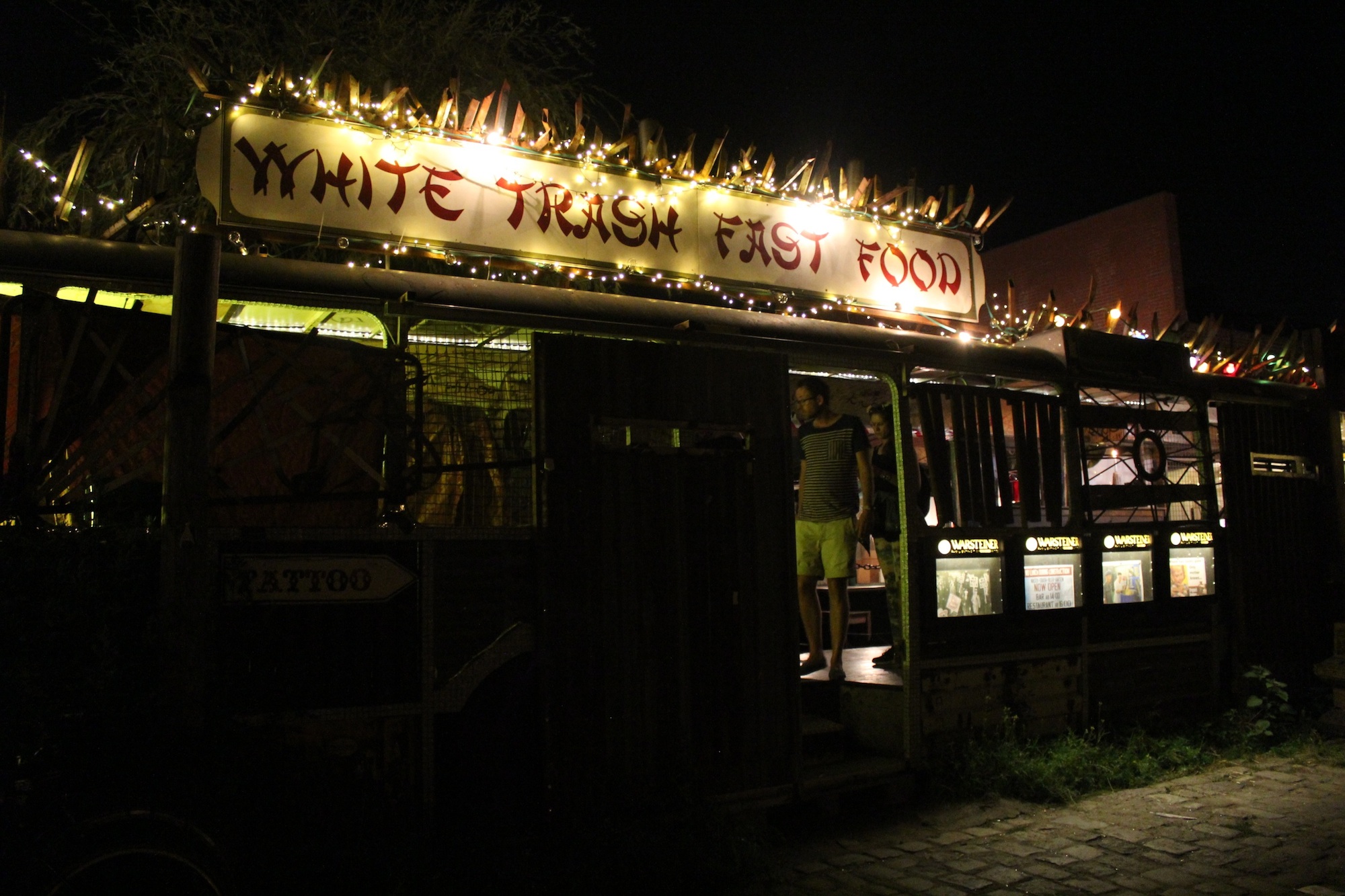 A trip to Berlin is not complete without visiting Berghain, which is perhaps the most well known club in Berlin as well as the one of the most internationally reputed clubs, known as the Church of Techno. The sound system is one of the best you can get, but only 50% or so of people get to hear it, because getting in to this club is ridiculously challenging. Everyone wears street ware, and the best nights to get in are Sunday nights. The bar has a drink menu, and as expected, beer is cheapest (€3-4) with mixed drinks are bit more expensive (€7-8).