In an epic cabbage batttle of the best spicy supermarket kimchis, which brand pickles it best? 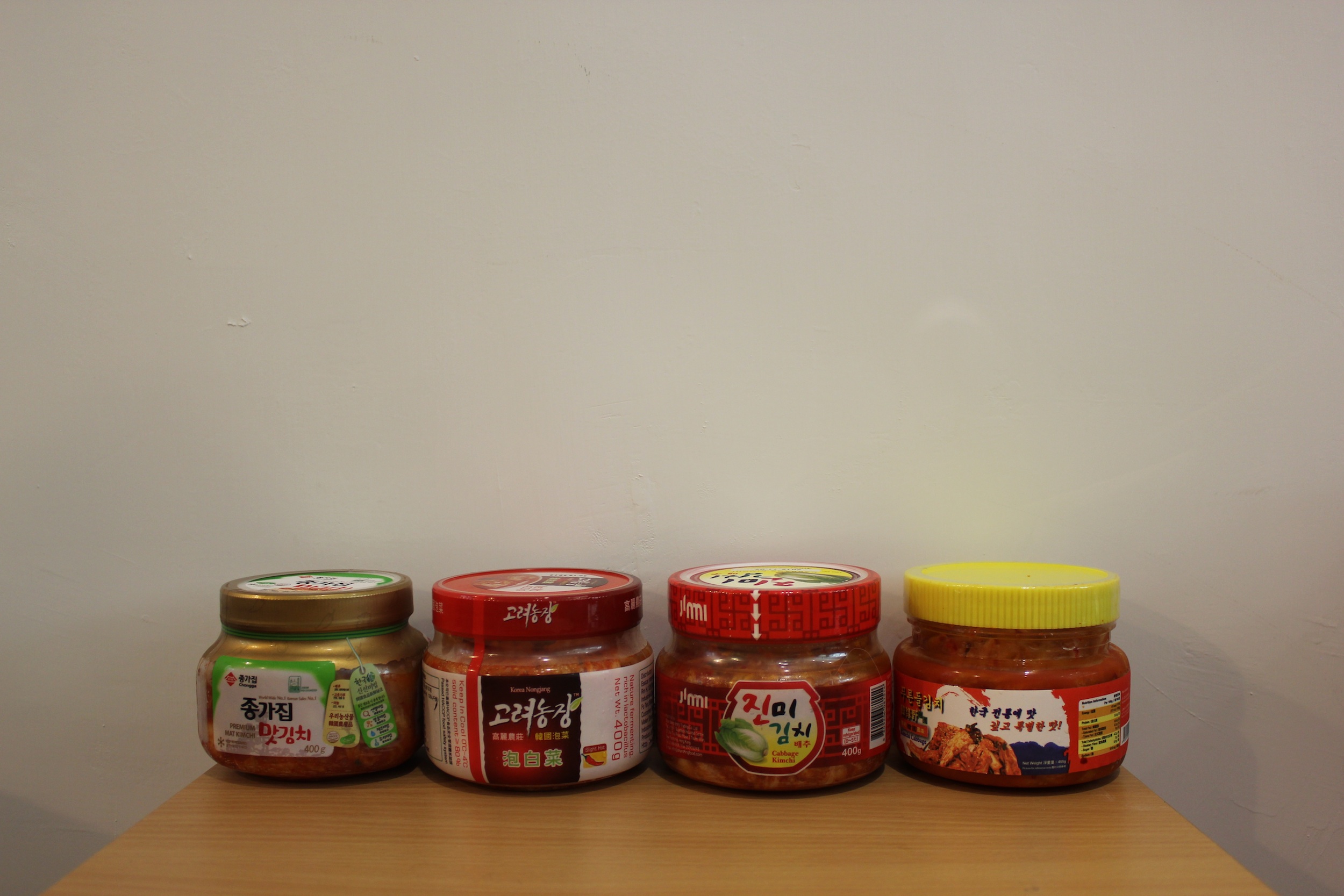 This Korean kimchi came in a nice little jar and containted a pleasant vegetable smell that was sweet and refreshing hit our nostrils as we unveiled this paler version of the fermented treat. It was less saucy in appearance than its counterparts and remarkably contained kelp and pear as ingredients.

The flavour seemed much blander on first bite but then actually led to several layers on the tongue with an initial cabbagey crunch moving on to a pang of anchovie and garlic and then a spicy hit at the end. This little veggie wonder was deeply umami and tasted like a more mature version of the J’nmi.

Verdict: If you have a hankering for a spot of fermented cabbage later in the day, this is the one we would opt for.

Called Korean kimchi on the tub but when we delved a little deeper we discovered it was a product of Shenzhen so we were quite interested to see how they fared in the kimchi contest.

Its pungent smell and dull pink colour were possibly due to the shrimp paste that was listed on the ingredients. Much milder in flavour than its hue and bouquet would suggest, this one was quite wheaty tasting and had a hint of dairy-like creaminess. There was some element of it that was mimicking an aged parmesan or something similar. Yes, it really did almost take like cheese, which is a strange sensation to ascribe to kimchi and we found it somewhat disconcerting.

Verdict: This was the one no one would take home to claim a spot in their fridge.

A very yeasty, fermented odour drifted from this pot and had the expected reddish hue one likes in its kimchi. With a good tang on the tongue and a solid crunch of cabbage that gave it a fresh feel. With pickled shrimps, scallop powder and cactus extract on its ingredient list, one of our tasters thought it not garlicky enough for her liking and we all agreed that it wasn’t particularly spicy. But we also all liked it and its subtle charm. It tasted young and crisp with a bit of a zingy sparkle to it in on the taste buds.

Verdict: For earlier in the day, perhaps breakfast accompanied by a hard boiled egg, this one would be a winner.

This one had the worst of the packaging as it just didn’t look appealing right from the get go. The smell was quite sweet when the lid was lifted but also resembled a compost in odour,so not the best beginning for this kimchi contender. This Chinese version owned a very powerful flavour that was very spicy right from the start. There was also a baffling sizzling happening inside each of our mouths that suggested they’d done too far in the fermenting for our tastes. It really verged on tasting like beer and it was all a bit too much for us.

Verdict: If you love sizzle and spicy, this one may appeal.