The rock stars of the ice cream world rocked our Monday when they invited us down to design our own ice cream cones (yes), eat them (yes, yes) and go on to eat ALL the ice cream we could handle (rock on!). 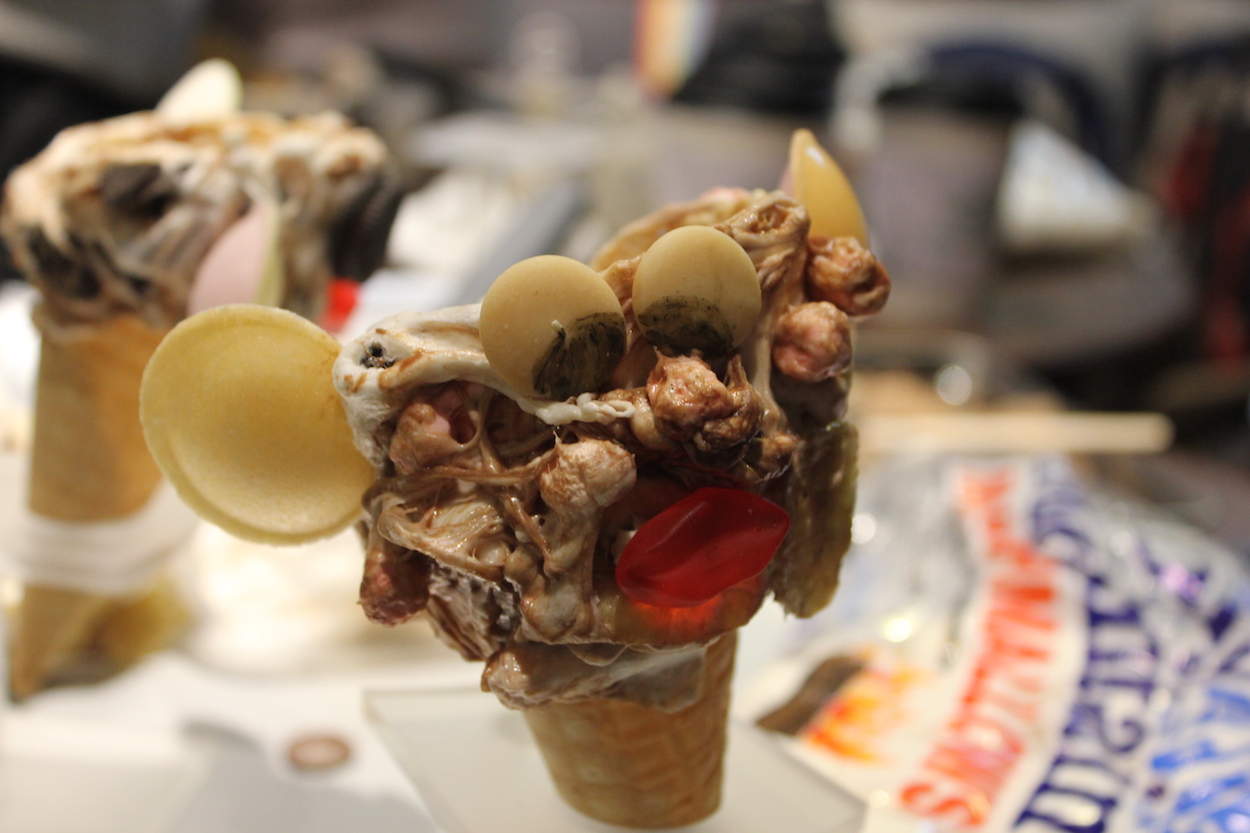 The cold weather conditions didn't stop us true ice cream lovers as we went 'frost chasing' all the way to Cochrane Street in search for the perfect Emack & Bolio's flavour. Originally opened in Boston in 1975 (three years before Ben & Jerry's), their signature marshmallow cones and outrageous flavours have won over the hearts of celebrities all over the world. Founder Robert Rook has stayed true to his roots and has been making high quality full-fat ice cream, frozen yoghurts, sorbets, sherberts and smoothies for over 40 years. 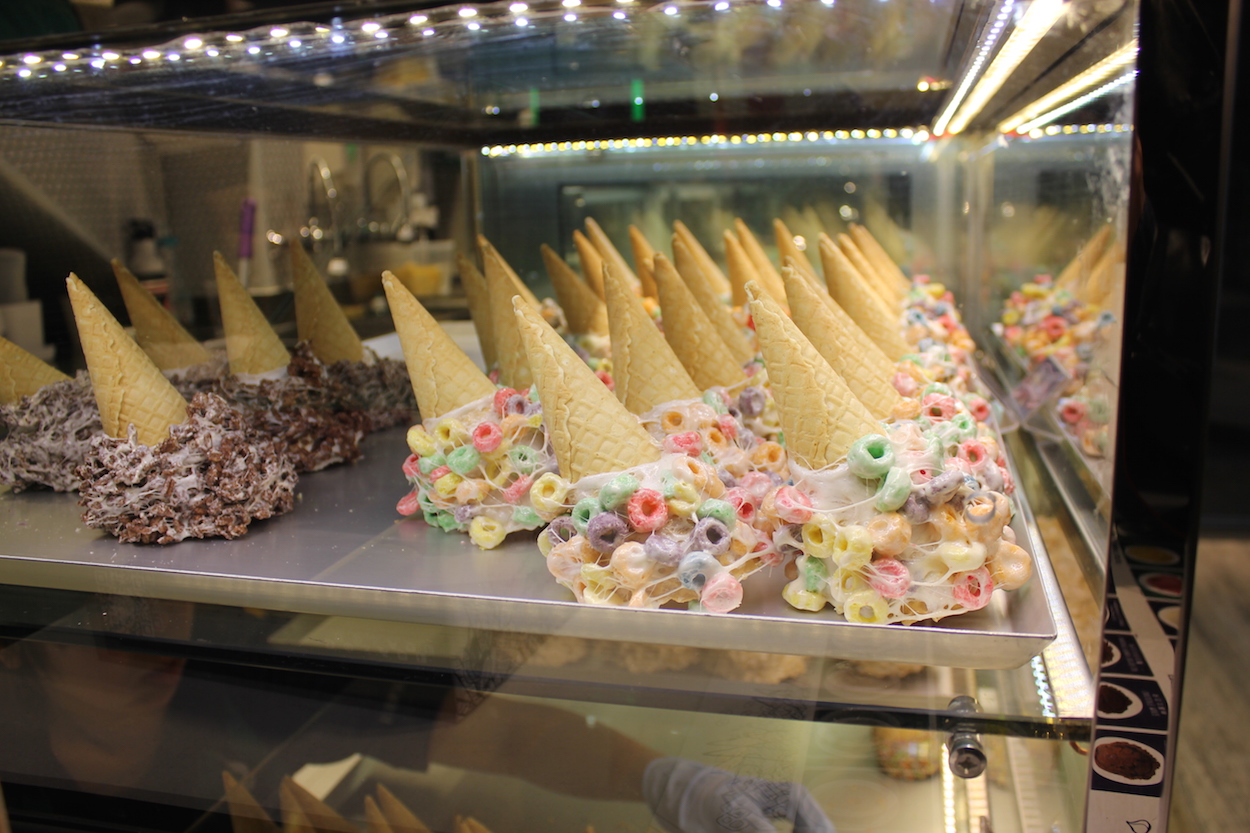 Importing the ice cream to Hong Kong shores hasn't been easy, as owners of the branch, James and Raymond explains that Emack's products are officially called 'ice cream' due to the full-fat cream used, rather than their watered down cousins, the gelato. The process through customs has to be speedy and the quality really shows in each bite. 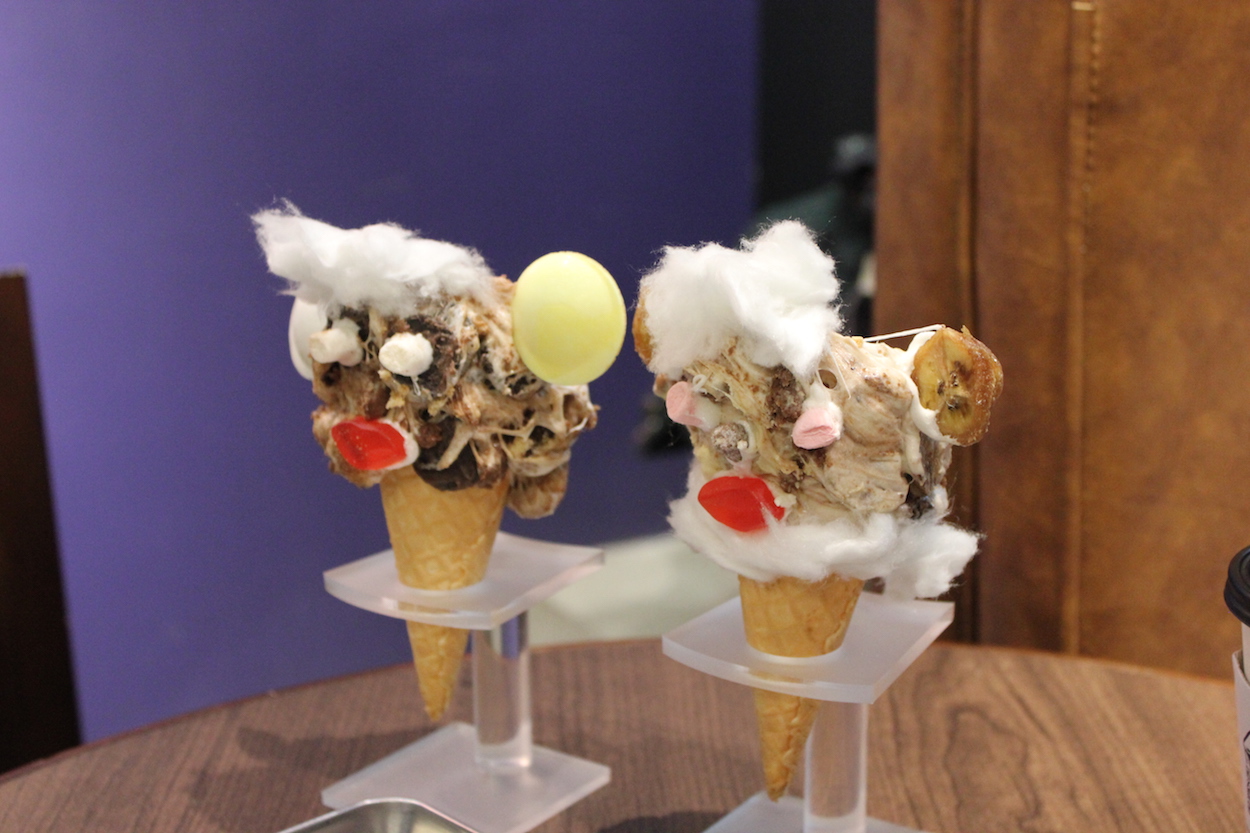 The competition for the best monkey cone was tight and there were debates on whose was the sexiest, but the clear winner was this cute little number and his marshmallow top hat from one of our young foodies. The cone will be featured on Emack's menu throughout Chinese New Year so others can marvel at the creation over the holidays. 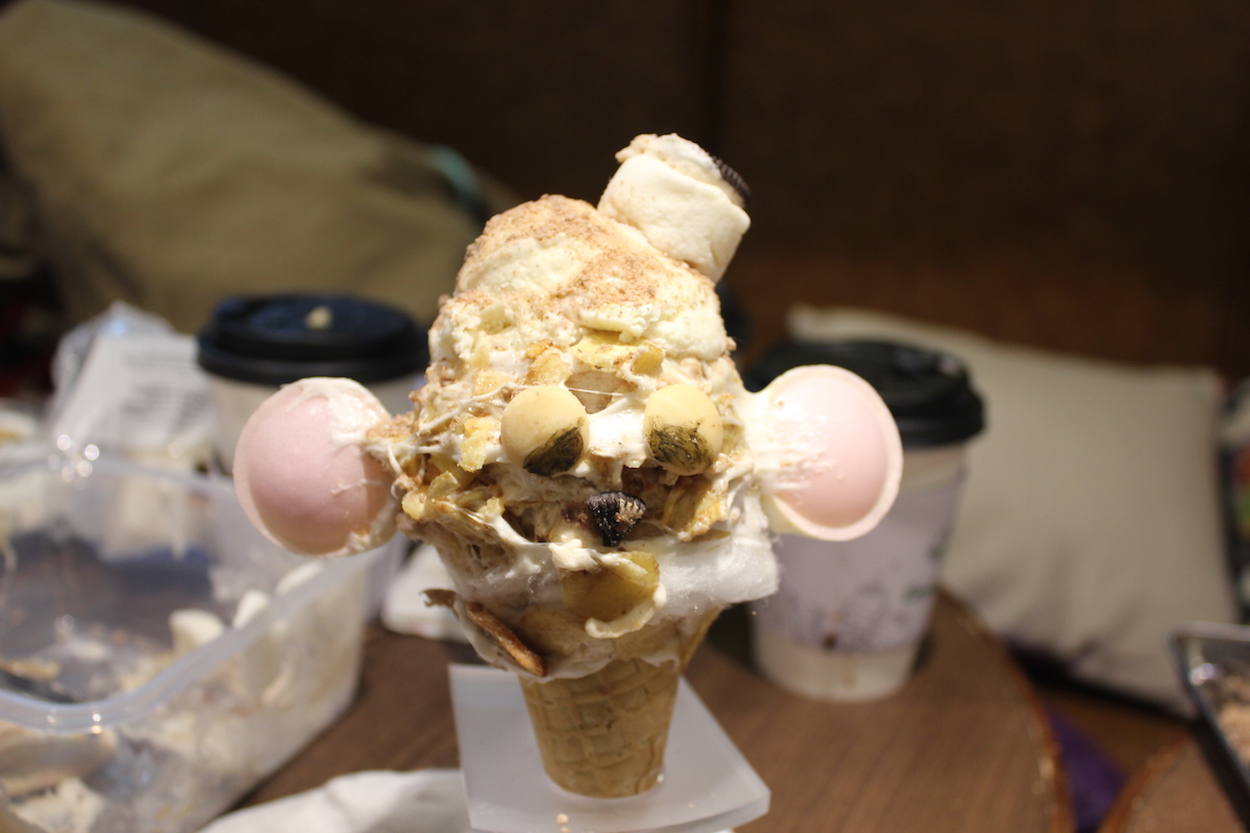 The winning cone - banana chip and candyfloss base with vanilla ice cream, marshmallow top hat and flying saucers for ears

Others were not so blessed with such creative flair and made some rather questionable looking monkeys, but thankfully they all tasted great either way. 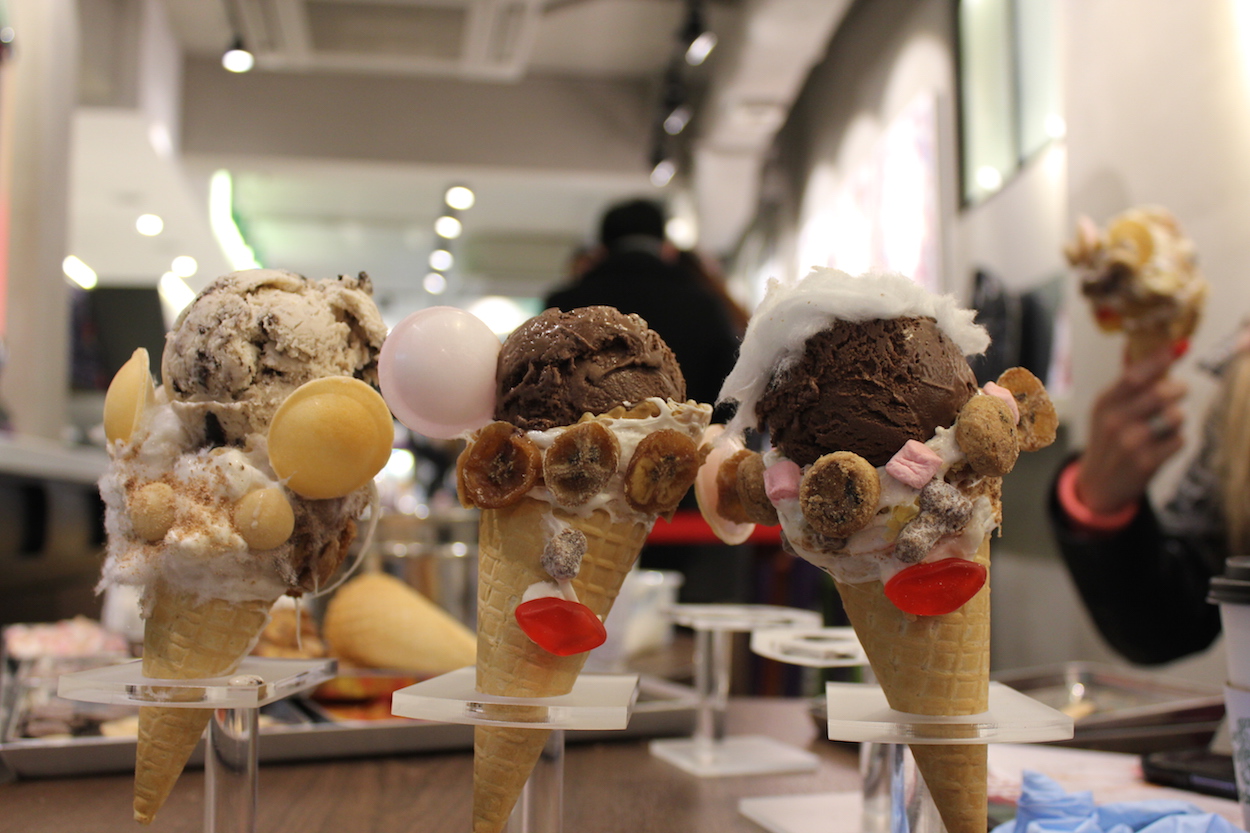 The next time you're craving some funky ice cream flavours, ditch the supermarket tubs in your freezer and head down to Emack & Bolio's for their Smoreo, Space Cake, minty Grasshopper Pie and Chocolate Peanut Butter Cups and other outrageously flavoured ice cream.